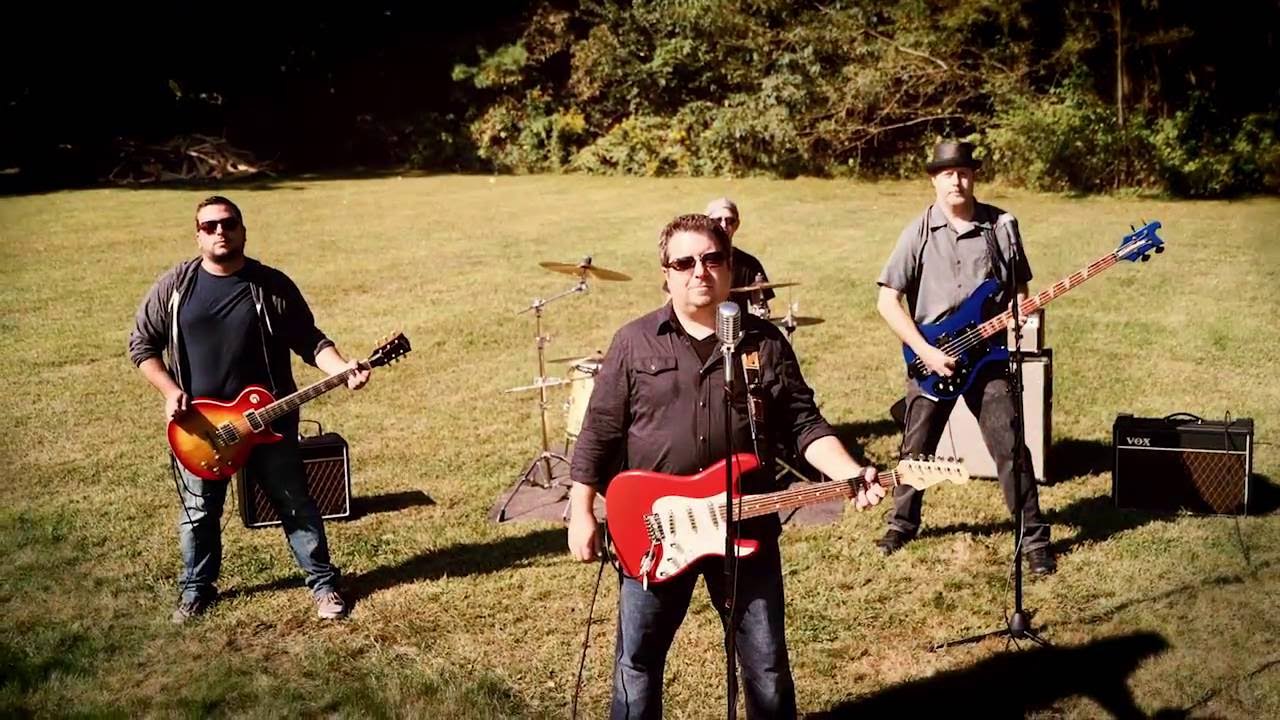 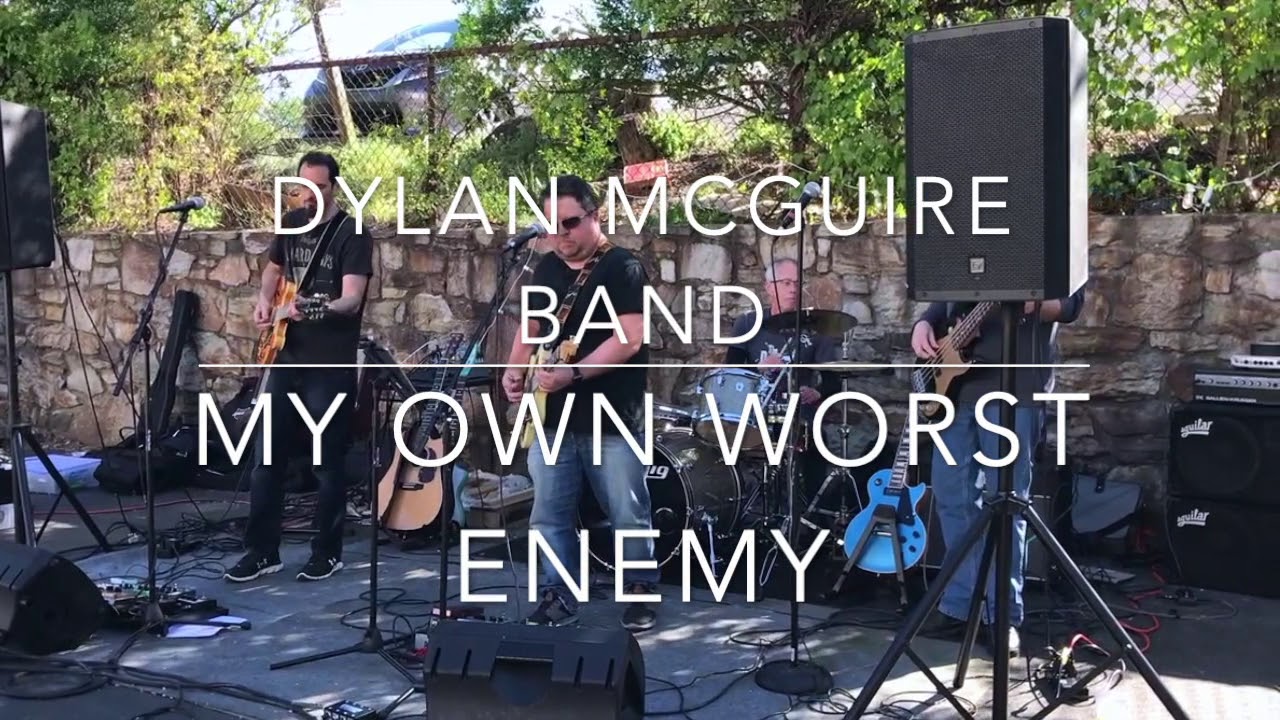 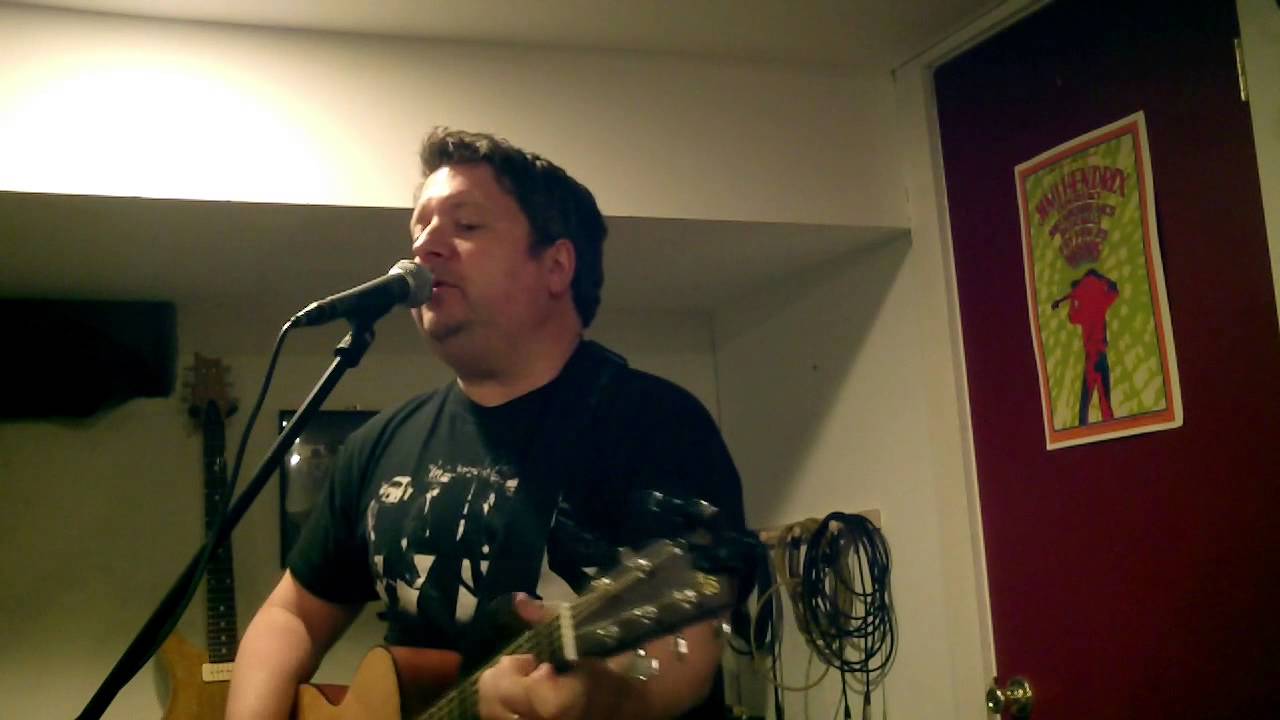 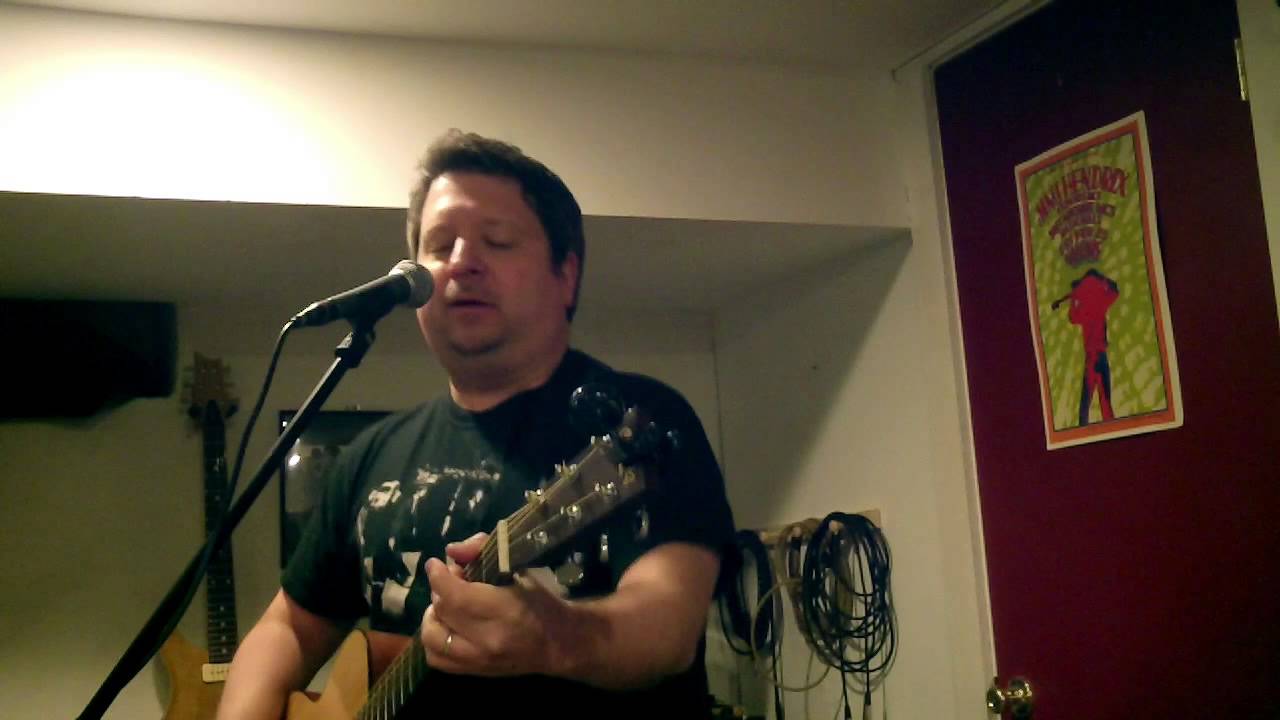 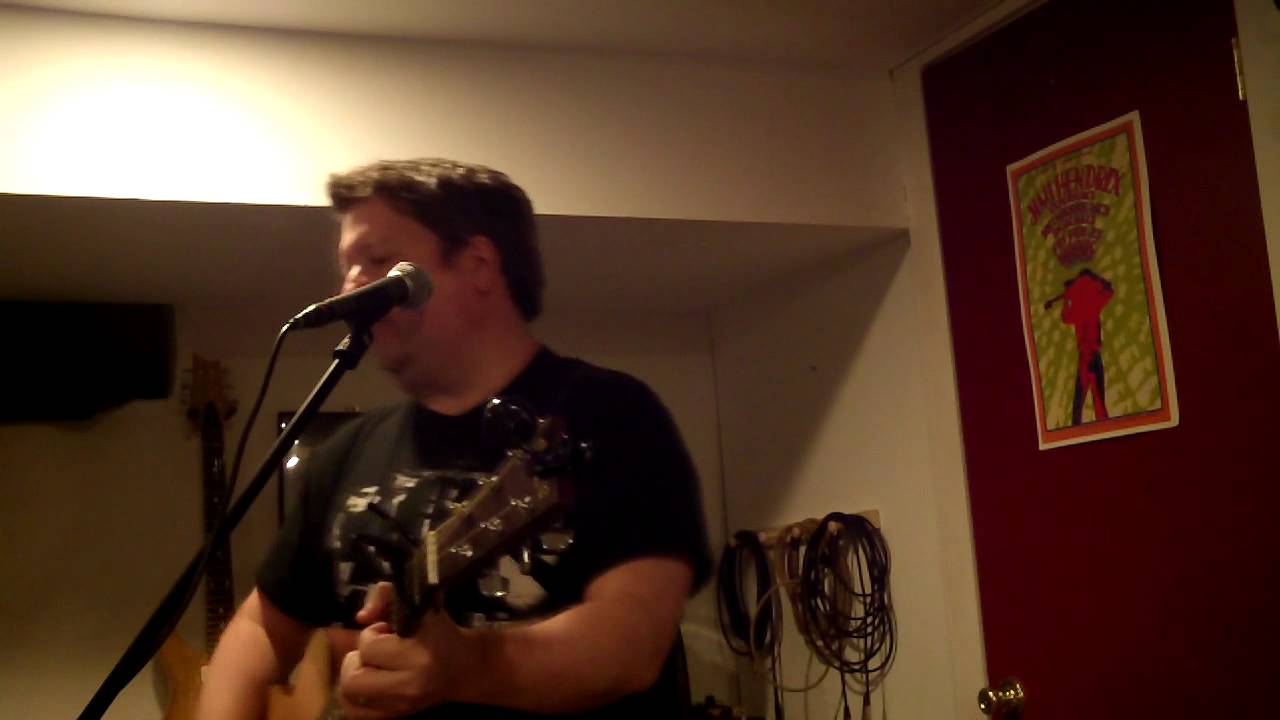 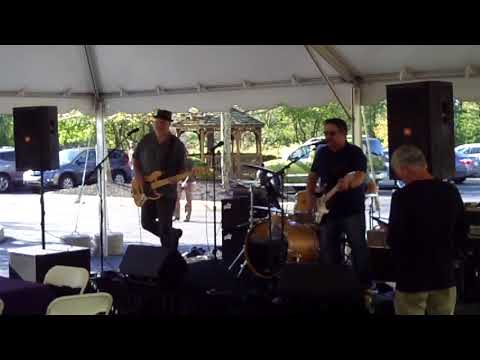 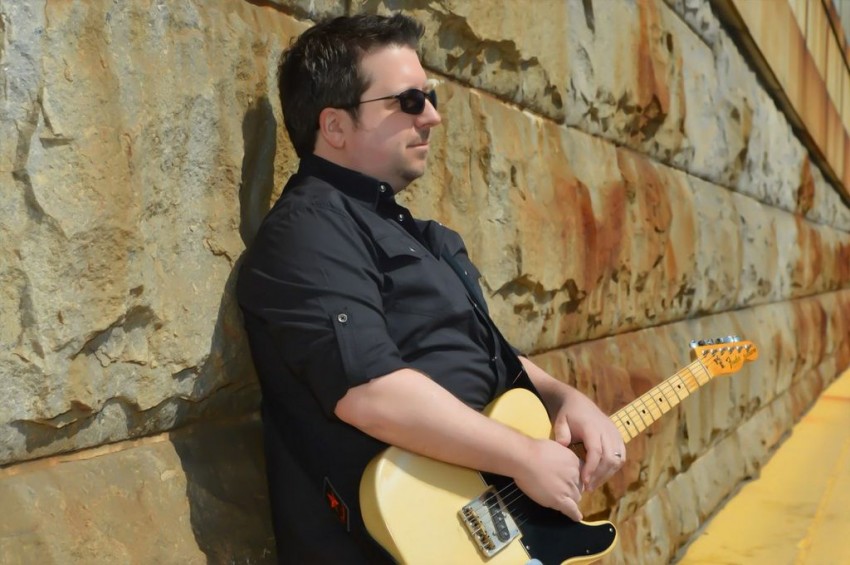 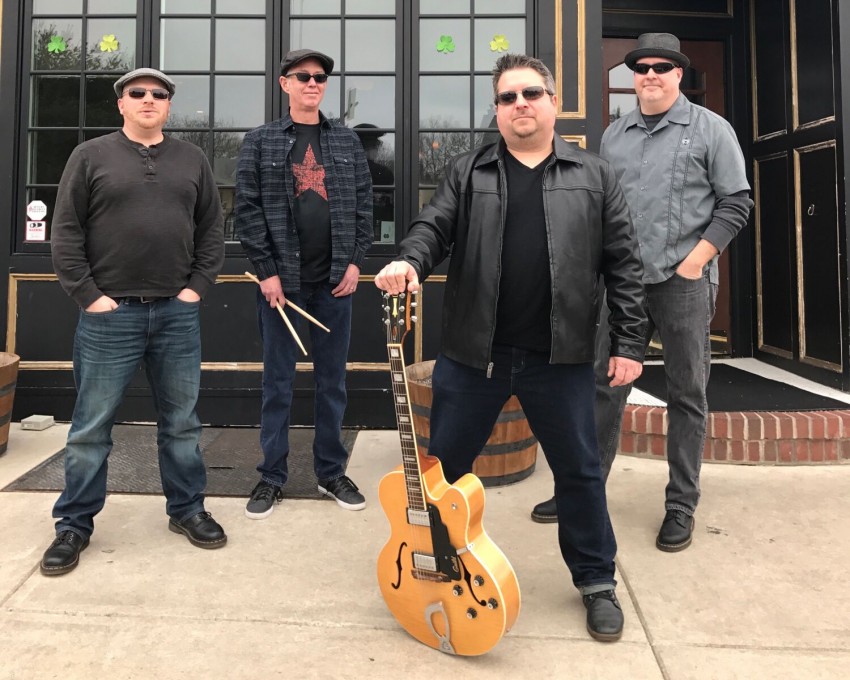 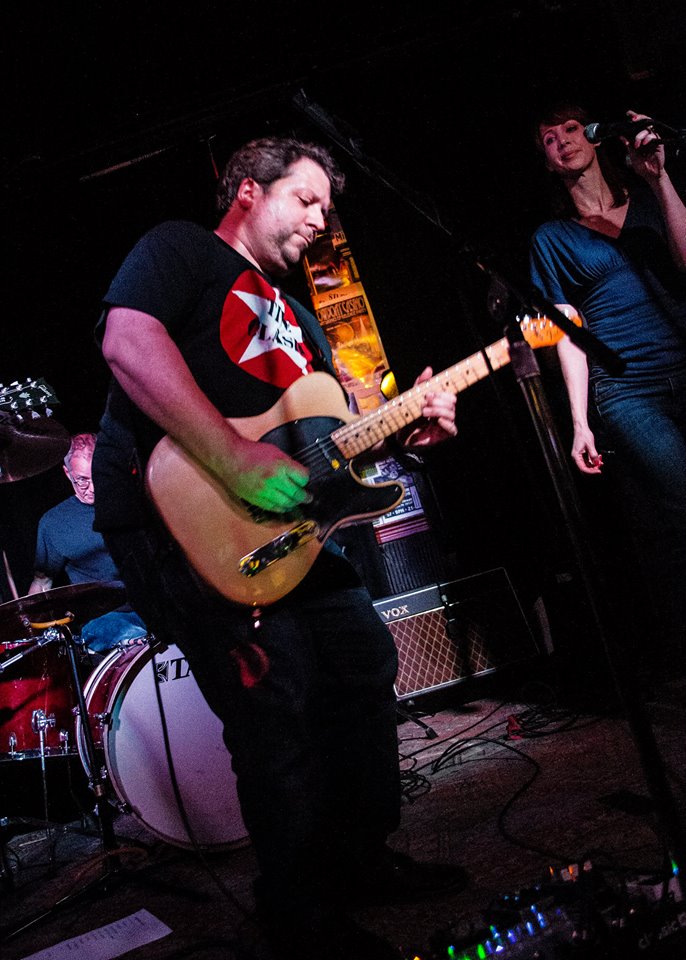 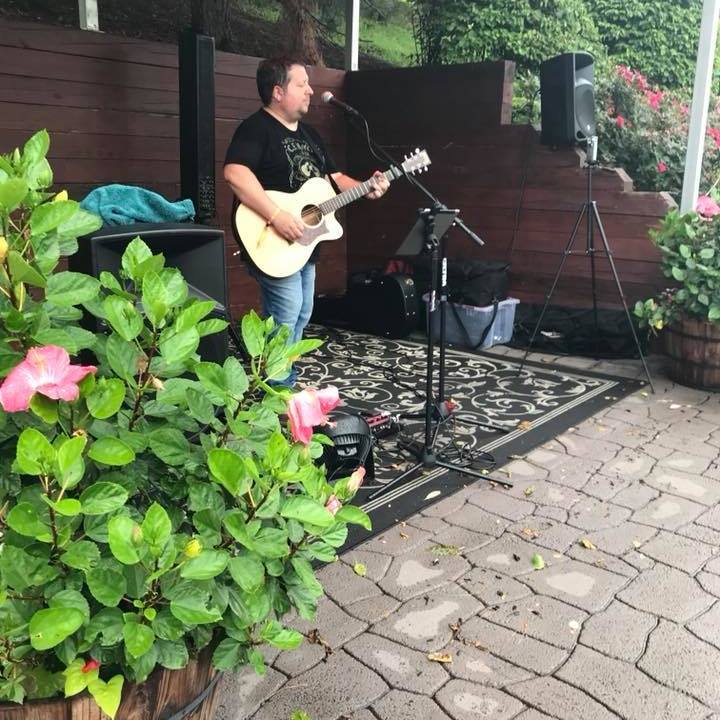 Dylan McGuire is an experienced guitarist and singer who has been a fixture in the Philly music scene for over 20 years. Whether playing solo acoustic or fronting a full band, McGuire always brings a top notch, professional performance to your club or event. His cover material ranges from the 60s to current and can provide either a high energy rock band or low key acoustic vibe. McGuire's also a respected songwriter and has had music played on FM and Internet radio worldwide and his recent independent CD has received rave reviews in the press. His low-key, friendly personality wins crowds over wherever he goes and he's often brought back for encores.

Dylan and the band were just stellar!!! they sounded amazing, were such a joy to work with and played all of the alt songs we love for our wedding. Can’t wait to be able to work with them again!

We had the BEST night thanks to Dylan and his amazing band! They are true pros. Every song was 100%. We knew it was going to be an incredible night as soon as we heart them warming up. Dylan hand picked every song on the playlist and even added some of our favorites. They were all true pros and I would hire them again in a heartbeat. If you want to have an epic party The Dylan McGuire band is the way to go!

Dylan was awesome. I would definitely recommend

Everyone loved the variety of music that was well performed.

Dylan was really great... made our event extra special. Will be using his talents again.

Dylan did a fantastic job entertaining us at my wife’s surprise birthday party.. The weather was perfect, and so was the music. He played a great variety of music, and accommodated 95% of the group’s requests. I had people coming up to me all night commenting on how enjoyable Dylan’s music was. He was a major reason the party was successful. I would enthusiastically recommend that anyone considering musical entertainment at their event strongly consider using Dylan. You won’t be disappointed. He will be my number one choice for music entertainment at future events.

Bob, thanks so much for this great review. I had a blast playing your party. You guys were amazing hosts! Happy birthday again to your wife and hope to work with you again sometime!

I was looking for a cover band for my husbands surprise birthday party, and was lucky enough to find Dylan McGuire. I'd never had cause to hire a band before so was a bit nervous as to how this would work. I really needn't have worried!! GigSalad made it super easy, and I was able to message Dylan with all my questions. He sent me set lists to look over and asked for suggestions for what my husband would like. He said he could come alone or he could bring his band, whatever I wanted. Dylan is super easy going and I liked all his suggestions. He is very friendly, professional and really easy to work with. The party was a great success, the music was great, with friends and family commenting all night how they loved the band. I can't recommend Dylan McGuire enough, he and his band were exactly what our party needed!

Dylan and his group (Kevin and Doug) rocked the party as a background band that played our favorites from every decade as their standard play list. Learned my mother-in-law’s favorite song was Hotel California which was the only special request made. Dylan was easy to work, his group a bunch of great PA locals, and traveled to our event in Mantua, NJ to add a touch of nostalgic ambience. Keep ‘em fed and cool and they will exceed your expectations!

Dylan and his group (Kevin and Doug) rocked the party as a background band that played our favorites from every decade as their standard play list. Learned my mother-in-law’s favorite song was Hotel California which was the only special request made. Dylan was easy to work, his group a bunch of great PA locals, and traveled to our event in Mantua, NJ to add a touch of nostalgic ambience. Keep ‘em fed and cool and they will exceed your expectations!

Thanks for the great review! You guys were awesome hosts and really know how to throw a party!

Dylan recently played our company Christmas party and he was great. These kinds of parties are not always easy given the activities going on and the lack of focus on the music. Dylan's set list was great and his sound was very good. He kept the energy flowing all night and was a complete professional. Many people I spoke with complimented on his music. We would surely use Dylan again at our next event.

Thanks for checking out my profile and considering me for your event! I have over 20 years of experience in playing gigs - both with a band and solo. But my musical journey began around the age of 6 or 7 when I became obsessed with the music of The Beatles and Elton John. It led me to beg my parents for a guitar and lessons . Later I switched over to piano before going back to guitar in high school. I was a huge "band geek" and even won the Louis B. Armstrong Jazz Award my Senior Year.

In college at West Chester University, I studied guitar under Dr. Glenn Lyons, and ultimately graduated with my English and Journalism degree. I also began playing in bands and I got to play all the college bars and fraternities with the band Chaos Theory (which incidentally recently reunited).

Over the next few years, I continued to play out almost every week and weekend with various bands and duos and as a solo musician. I released my first album of original music in 2000 with the band Broken Jones. Our music was played on Y100FM in Philadelphia, WSTW FM in Wilmington as well as a few other college and FM stations nationwide. After a few line-up changes, we decided to move on and I began to perform under my own name.

I released my first "solo" album of originals (Another Chapter) about 10 years ago, again which got spins on local Philly radio such as WSTW FM and others. Plus my songs were featured during the Philadelphia Phillies home games during the 7th Inning stretch. I put out yet another album of originals in 2013 (Gravity, or Lack Thereof). It features the song "Sunny and 71" which continues to be a crowd favorite.

As a performer, I enjoy both playing as a solo musician and with my band. I've been working with the same guys in The Dylan McGuire Band for over 10 years now, and we know a ton of songs. We really enjoy learning new stuff, so don't hesitate to make your requests and we'll do our best to accommodate.

Since joining Gigsalad (and the "other" gig platform) a couple of years back, I've had the opportunity to work with so many great people at their parties and events. It's really amazing and fun to go into a new situation and win over the audience who might have never heard us before. Plus everyone I've worked with has been super generous and cool. I hope you'll consider hiring me or me and the band for your event or venue ! I really look forward to working with you.

Here's a sample set list of cover songs. I know many more than these and my list is constantly changing, but this is an example of a typical set for a bar gig. Please contact me for a full list (over 600 songs and growing!)