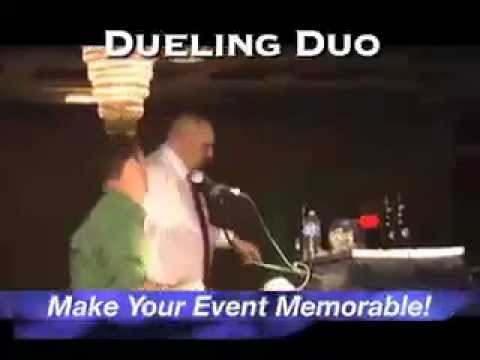 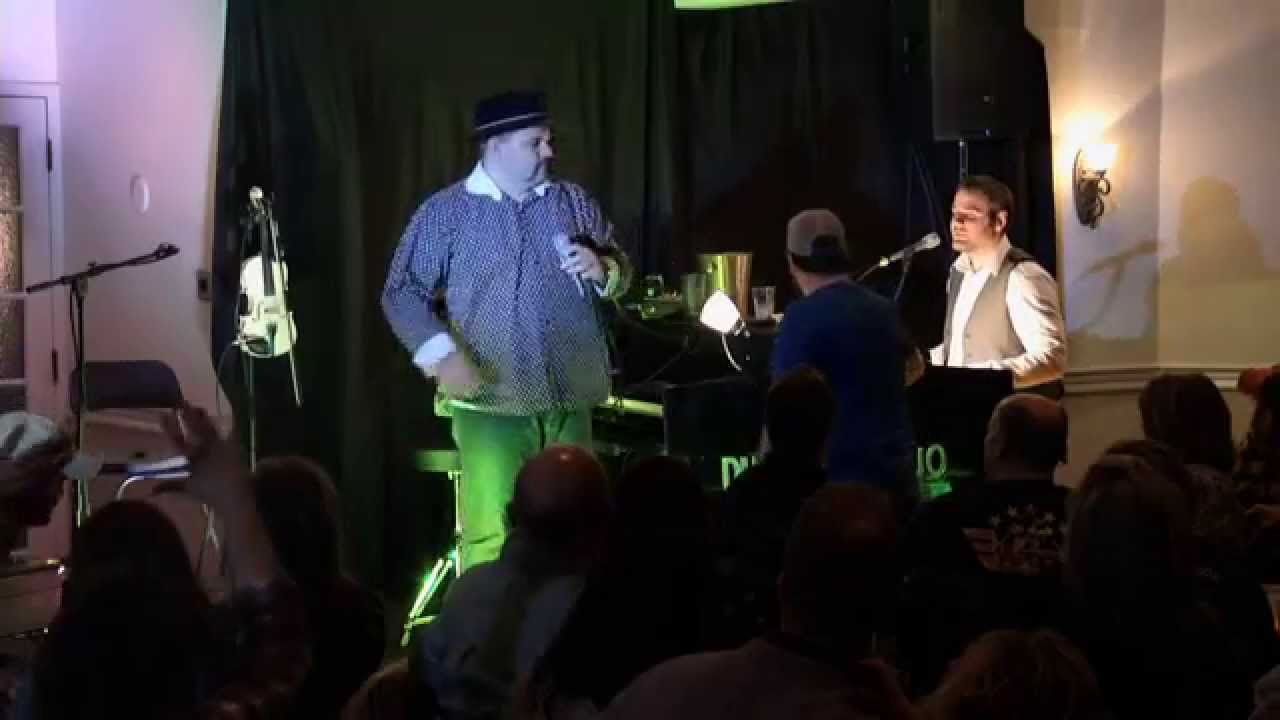 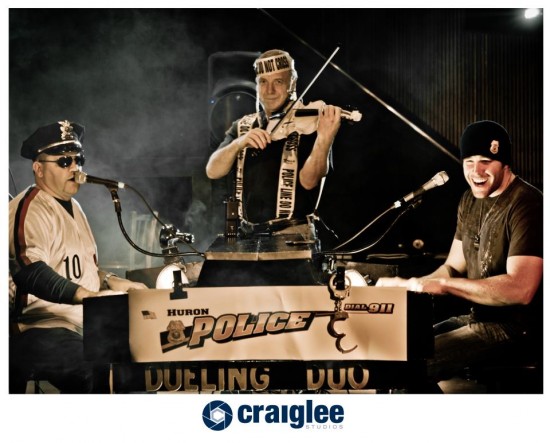 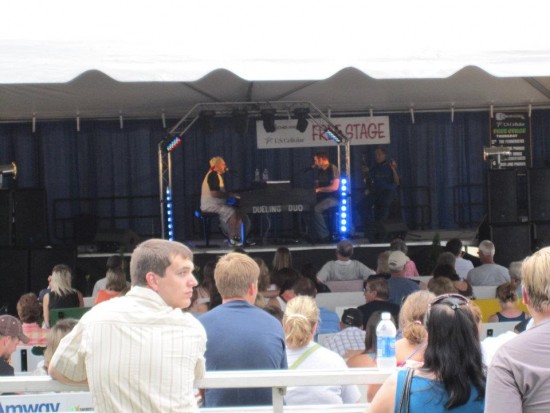 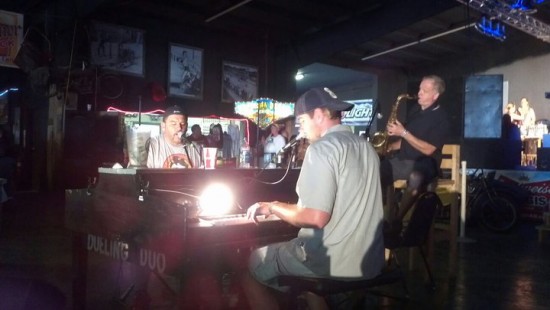 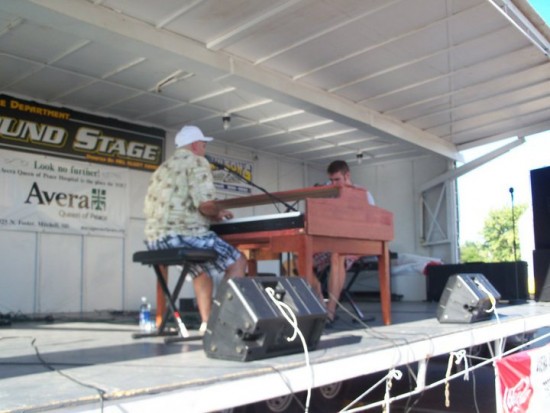 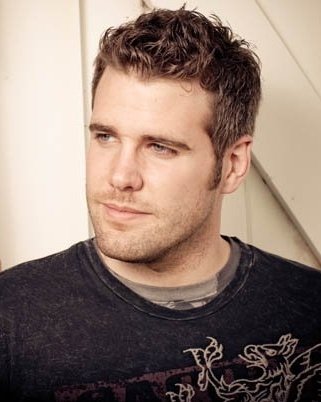 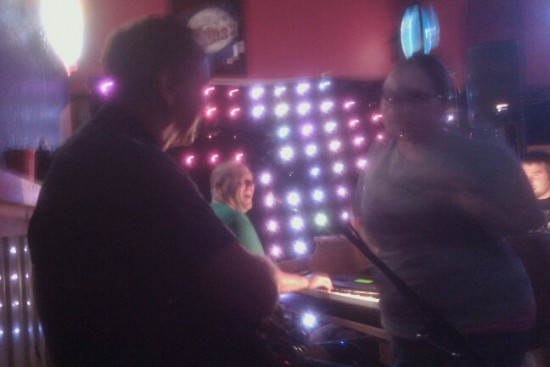 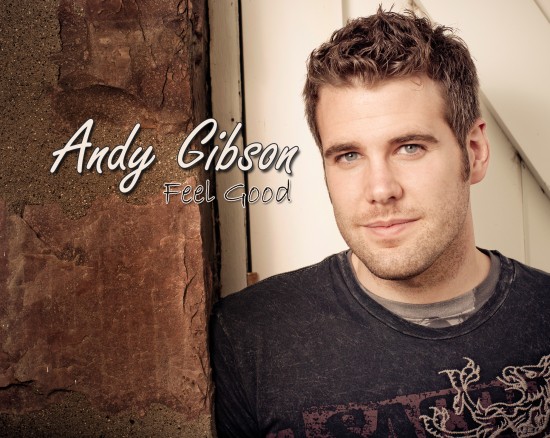 The World's Largest Pair, the Dueling Duo show is dueling pianos on steroids without ritalin! Andy Gibson and Ryno make a great pair and can do almost any request you throw at them. To top things off, Dan Witte joins in on vocals, trumpet, saxophone and violin. Great harmonies, good friends, good times!

We really enjoyed the show. It was fun to see the way these two worked off each other. I laughted so hard my cheeks ached at the end of the night. I will go to see them again and bring more friends along.

Great mix of rock, country, blues, rap and anything else you can think of. Great time guarenteed for everyone. Not too loud! Just the perfect mix of rythem and lryics. Niiice!

The Dueling Duo played for our wedding and it was so much fun. We loved how they kept everyone involved, even the people who were not interested in dancing. Everyone got to hear their favorite songs and there were lots of laughs among the crowd. I think there were even people at our wedding who were ready to book these guys for future events. By far one of the best choices we made about our wedding reception was hiring them, even sight unseen. Comparatively to the cost of having a DJ at our wedding, the small price difference wasn't even a close equivalent to how much better they were than a DJ. They even learned all our first songs, which was so special having them sing them instead of listening to a recording. I could not say enough good things about them!

These guys are amazing

I asked the Dueling Duo to play at my wedding reception without ever seeing them perform in person. Not only did they exceed my expectations...they were simply amazing. These guys are extremely talented and just as funny. The Duo didn't just play a routine...they added personal touches throughout the event and encouraged people to submit requests. They kept everyone engaged and made everybody laugh throughout the entire night. And since the night of the event, everybody has been saying how much fun they had.

If you can't tell, I'm a huge fan of the Dueling Duo. They're talented, good people, and I would recommend them to perform at any event.

The Dueling Duo were great to work with for our large event! They have amazing voices, hilarious choreography, talented piano playing and great chemistry! Would love to work with them again!.

Great working with Andy and Ryan! Very professional and put on a fun & entertaining show. I highly recommend them for any event you are planning!

Review by L B.

Dueling Duo was hilarious! I was amazed that they were able to take requests throughout the entire show, the requests spanning about 50 years of music and from several genre's, without getting stumped-much:) I think there were only 2 songs they couldn't do, and maybe 1 or 2 that they at least sang a couple lines from. Their chemistry was amazing, they seemed to really have a great time. Dan Witte was also playing fiddle (and some sax) and did a really amazing job. They were having a great time on stage, that was obvious, and in turn we all had a great time! I would definetely recommend seeing their show and would love to see them again!

I hired Dueling Duo's for the Corn Palace Festival and several other venues and events over the last 6 months and they have more than brought the laughter and the fun to every event. Crowd pleasing, hilarious, entertaining and such great guys! I'd hire them again anytime for anywhere - Andy and Ryno bring it to every show..thanks guys!

We had the Dueling Duo preform for us at a Staff Outing at a hotel in July. They interacted with the crowed, and kept us entertained all night! Everyone loved them so much, we have already booked them again to do our Christmas Party. Strongly recommend the Dueling Duo!

Thanks so much Jenni! We are looking forward to the Christmas party too. You guys are a fun group!

Andy and Ryno kept my customers entertained until close! The duo was an instant hit in our establishment! Our customers not only enjoyed the high quality musical performance, but also were kept laughing all night. Andy and Ryno have exceptional comedic chemistry! I would recommend hiring the duo for any event or for something fun for a bar/lounge! I made sure to book them for repeat performances and every seat in the establishment has been full every time!!!!!

Sarah you are even better to work with! Thank you.

Every show is custom made. Ryno and Andy have no idea what is going to happen when they do every show. the songs are picked out by the crowd. You can expect to hear your favorite songs because you will be choosing them! Depending on where these guys are playing depends on how raunchy they will get. If its your birthday or just your special day, you may find yourself in front of the piano - while Ryno is making up a song for you!

This dueling pianos show is made up of two guys...Andy Gibson and Ryno. Ryno's music repertoire is unbelievable, he is very hard to stump with your requests. He is known for playing around the Midwest as the front man of Eclipse. Ryno is known to get a little crazy on stage, and you never know what is going to happen! Watch out for his amazing, high flying acrobatics too!

Andy Gibson has released several country singles to radio, including his very successful single 'Feel Good'. His incredible vocals are a staple of the Duo show and his harmonies are almost angelic!

Dan Witte, who plays fiddle and saxophone in the duo, has been touring the Midwest for decades. He's even in the Nebraska Music Hall of Fame...twice!

We will bring all sound and lights, stage must be provided 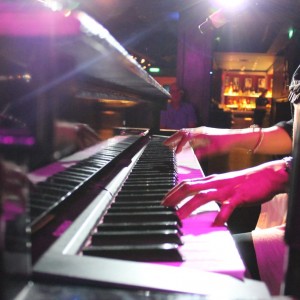 Travis S. said “I booked NYNY Dueling Pianos for my wife’s 40th Bday party and it was an amazing experience from the ease of working with Eddie in the booking process…” 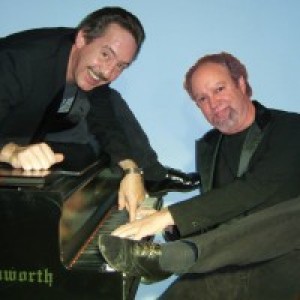 Scott M. said “The River Rats were very professional, that being said they performed for the crowd and everyone from older to younger enjoyed them. we will for sure…” Karrie O. said “Dan and his partner Jon performed at our wedding reception in July. Everyone had a blast trying to stump them song after song to no avail - they knew…”