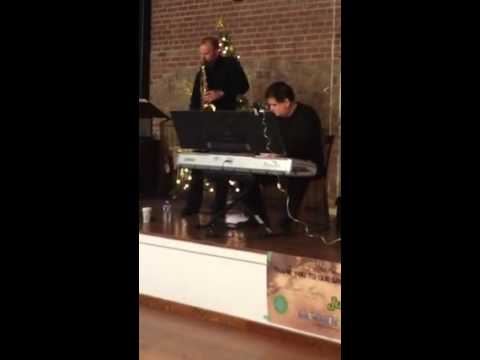 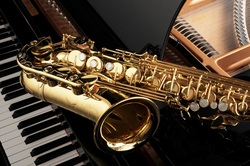 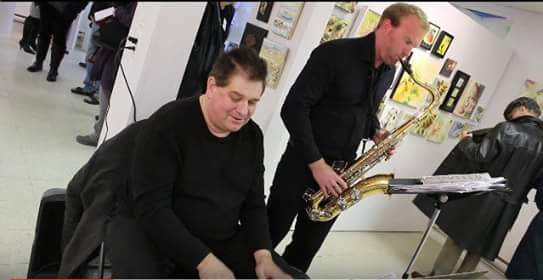 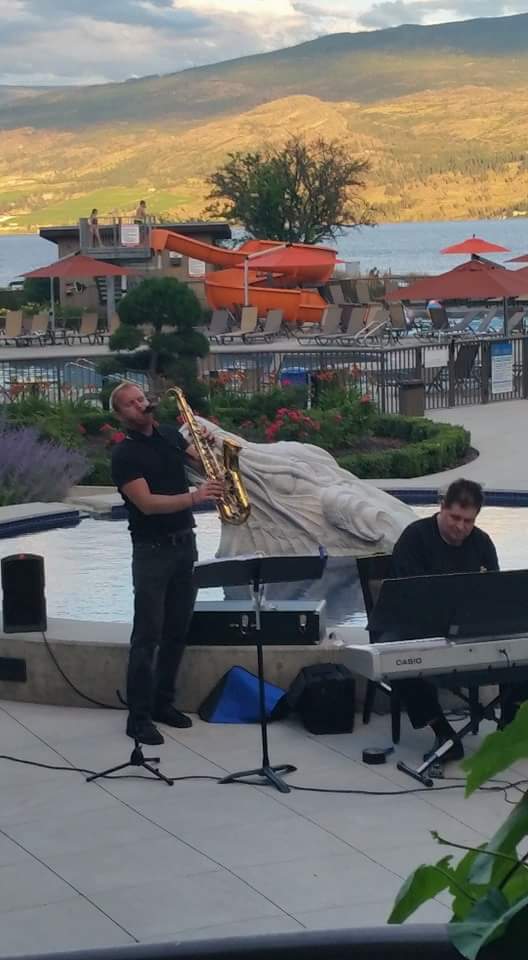 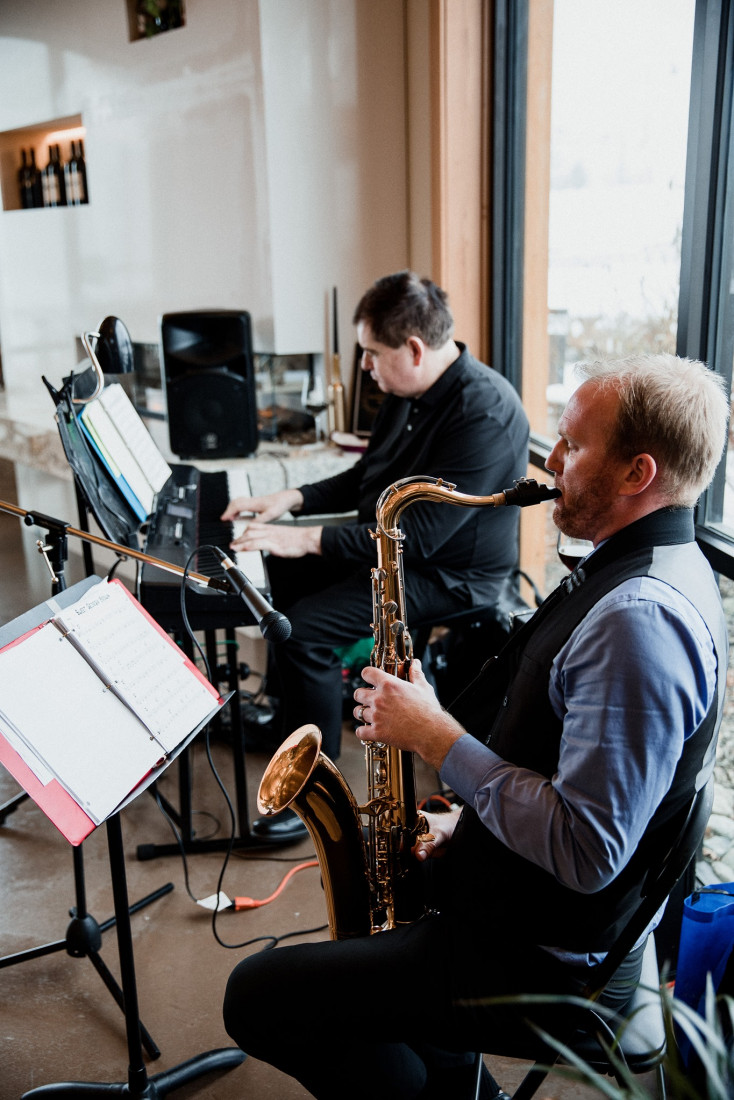 Piano & Sax Duet For All Occasions
DoubleSharp is a two-piece jazz & blues group who have been fortunate to perform at a number of venues around the Okanagan for the past 3 years. DoubleSharp features Curtis Kieres on Saxophone and David Sproule on piano - both are very accomplished local musicians. DoubleSharp is ideal for small-to-medium venues that needs enjoyable atmospheric music. DoubleSharp has reasonable rates and we have our own professional quality sound equipment.

David (keyboard) and Curtis (tenor saxophone), who call themselves the Double Sharp Duet, gave us a wonderful evening of jazz standards and classics. Our guests all enjoyed themselves, and the backdrop of the lake and a beautiful evening sky was a perfect accompaniment to the music.

Double Sharp Duet put on an amazing performance for our wedding ceremony and reception. They arrived on time, set-up and were ready to play the songs we'd picked for the ceremony. It was really perfect, just beautiful! Couldn't have asked for better music. Following the ceremony, they set up inside for the reception and our guests thoroughly loved their music during dinner and for dancing afterwards. I would highly recommend this Duet! Really two first class musicians! Thanks again for everything Double Sharp!!!

We all were amazed at how able they were to play jazz music that was accessible and danceable. We had so much fun. Their versatility was amazing. We certainly would hire them again

Thank you for the positive feedback. We are glad you enjoyed our entertainment. Please keep us in mind in the future and your greatest compliment is a referral.

David Sproule - After receiving his Bachelor of Music degree in the 1980’s, David Sproule has performed & taught classical and jazz & popular
piano music throughout his home province of B.C... David now has a successful piano teaching business in Kelowna B.C. where
he teaches classical (Royal Conservatory of Music), pop & jazz piano. As a performer, David has often performed with the Prince
George Symphony, while living in Prince George. He has co-directed the musical “Forever Plaid” and has played for musical
theatre for many large productions in Prince George. David also showcased his talents as an entertainer and performer in 2002,
playing in the popular “Wells/Barkerville” shows that take place on a yearly basis. Fairly recently, David has performed with the “Candesca” choir of
Kelowna, at “Carvers’ Lounge” at Big White, as well as “Summerhill”, “Ancient Hill”, “Quail’s Gate”, and “Vibrant Vines” wineries. He has also performed in the popular Funk band called “Monifunk”, travelling throughout the Okanagan to perform. One thing that expresses David’s talents’ as well, is his ability to accompany choirs, instrumentalists, and solo singers. David often gets asked to accompany musicians for shows or for music festivals and other events.

Curtis Kieres has been playing wind instruments for 20 years starting on clarinet and moving onto saxophone.
His primary instrument is tenor sax however is also proficient at Alto sax and soprano. Curtis has been actively involved in music and won the "Musician of the Year" award in Grade 11. Having mostly a jazz & blues background, Curtis has been fortunate to gain improvisational skills. Curtis' artists of influence include Stevie Wonder, Tom Scott, Spyro Gyra, Yellowjackets, Steely Dan, Average White Band and Tower of Power.
Curtis has been involved in many musical groups in the Okanagan such as: