Be the first to review DJ Rampage Global

DJ Rampage Biography
DJ Rampage Global (Born Cory Hinks in Belize City, Central America) is known as one of the most versatile DJ's in the world. Rampage spins genres such as Reggae, Dancehall, Rap, Funk, Pop, and House just to mention a few. Since 2003, DJ Rampage Global has been apart of the world famous Scratch DJ Academy, teaching the fundamental skills of DJ’ing.
In 2005, Rampage was 1 of 5 DJ's to headline The Bonnaroo Music Festival in collaboration with Scratch DJ Academy, Volkswagen, All Star Baseball, Stuff Magazine, The Pepsi Hip Hop Smash Tour, and Nike. From 2006 through to 2008 he was The Official Tour DJ for truth © on The Scream Tour, Ball 4 Real, The Brooklyn Hip Hop Festival, Vans Warp Tour, and Tony Hawks Boom Boom Huck Jam Tours.
As a DJ, Rampage represents youthful determination. He is someone that loves music and his Turntablism skills speak volumes. He continues to add buzz to his growing reputation in New York by spinning at various venues such as Crush, Bob's Lounge, Marquee, Happy Endings, Canal Room, Duvet, Sin Sin, and White Rabbit. He also puts out promotional mix-tapes with an ear to the street.
DJ Rampage has been featured in Vibe Magazine, The Goods Magazine, Scratch Academy's Featured Blog, BET's 106th Park Music Countdown, (link hidden). Fox 5 News, the English-based ‘Only In America’ TV show and many more media outlets.
DJ Rampage Global is currently touring with Ms. Lauryn Hill all over the United States, Europe, Africa, and Canada.
Twitter
(link hidden)
Facebook
(link hidden)
Website
(link hidden)

Christof V. said “Andy was an absolute star at our wedding. All our guests have been telling us how it was the best music and party ever! The dance floor was overflowing…”

Suzanne V. said “David was on time, professional, friendly, and was great at making sure everyone had an awesome time. We highly recommend him for your event.” 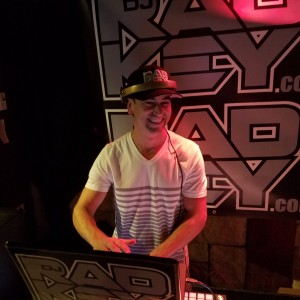 Kim G. said “We had a Huge corporate party for Chewy, and DJ Rad Key was a hit. Everyone had a great time, he let some folks take pictures with him for our scavenger…”

Phil M. said “Jerry showed up early. Was ready to go, played all the music we wanted and everyone had a great time!!! Definitely would use him again!!! Thanks for a…”