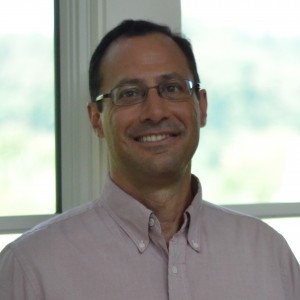 Your Wedding, Your Music, Your DJ

What is it that makes an OUSTANDING event?

The music; The people; The energy; The celebration?

• If you want mature adult DJs that are ready to handle whatever unexpected twists and turns that each event produce.

• If you want DJs you can count on to hear what you are requesting and will honor your needs, not just say “yes” and do whatever they want.

• If you want an experienced DJ- not just experience with one kind of crowd or music but experiences in life and diverse situations and events.
Specializing in Multi-Cultural and Unique Weddings in Rhode Island, Boston and Southern New England.

DJ Mystical Michael has over 30 years of experience as a DJ. He started out in the 1980's with two Technics turntables and a crate of Classic Rock LPs, and has never looked back. Today, he has a state of the art Bose sound system and a digital music collection of 300GB and over 40,000 songs. That's 110 days of music! His repertoire covers music from the 1940's to the most current hits, with an emphasis on Pop, Dance, Rock, Reggae, Oldies, World, Disco, Reggaeton, Hip Hop, Rap, Latin, The Classics, Classical, Lounge, Buddha Bar, Caf and Popular Country. He's performed on the radio, in clubs, in small taverns, and at every kind of event imaginable – from Weddings, Sweet Sixteens, Graduations, Family Gatherings, Class Reunions, Corporate Events, Film Festivals, and Fashion Shows to good old-fashioned neighborhood pig roasts.

In case its not already obvious, he loves music! Some of his favorites are The Beatles, George Winston, RUN-DMC, Flamenco, Fun-Da-Mental, Vitamin String Quartet, David Guetta, World Music, Lauryn Hill, B-52′s, Marvin Gaye, Vas, Vida, Johnny Cash, Elton John, Talking Heads, Jimi Hendrix, Willie Nelson, Bob Marley, Gipsy Kings, Stevie Wonder, Adele, Alicia Keys, Samite, African Rhythms, Queen and Prince, whom he once saw third row at Radio City Music Hall on the 1999 (album, not year) Tour. As with many of us, his list of favorites goes on and on, as a listener, dancer and DJ!

Ask about my guarantee!

Your Wedding, Your Music, Your DJ

What is it that makes an OUSTANDING event?

The music; The people; The energy; The celebration?

• If you want mature adult DJs that are ready to handle whatever unexpected twists and turns that each event produce.

• If you want DJs you can count on to hear what you are requesting and will honor your needs, not just say “yes” and do whatever they want.

• If you want an experienced DJ- not just experience with one kind of crowd or music but experiences in life and diverse situations and events- Weddings, Corporate Events, Parties, Clubs, Sweet Sixteens, Graduations, Bar/Bat Mitzvahs, Anniversaries, Reunions, Radio, Studio, Fashion Shows and anything else that music and dance can set the mood and energy for an event.

If you answered YES to all three questions, Your Rhode Island DJ is ready for you!

Specializing in Multi-Cultural and Unique Weddings in Rhode Island,Boston and Southern new England.

"You played a nice selection of music including what we requested, great sound system too. Somehow you managed to to meet the needs of a pretty diverse group of people and kept people on the dance floor all night. How did you get people to actually dance during dinner? I have never seen a DJ do that at a wedding before. Thanks again" Nathan and Emma (Pennsylvania Wedding)

As a professional New Jersey DJ & New York DJ, I use only the best audio DJ equipment money can buy for your wedding or party. Exceptional events and exceptional DJs need exceptional sound. That's why I use BOSE.

"I saw people up there dancin' tonight that I have known my life and never saw dance before. Everybody seemed to have a good time and all Elizabeth's teenage friends had fun. Great job!" Bonnie (NJ Graduation)

Music is my first love. My career as a DJ started quite simply because I loved music so much, I wanted to be around it as much as possible. My passion for music provided the spark, and the professional DJ skills were mastered through years of experience doing what I love. If you appreciate music the way I do, I am the DJ for you, and if you love listening and dancing to new music and favorite old classics as much as I do, we will work great together. I invite you to share some of your musical favorites with me so I can get to know you and make sure you get exactly the music you want at your Wedding or Party.

I have an extensive collection of DJ Music with over 40,000 songs and 300GB, including at least the Top 100 Songs from 1946 to today. As a Multicultural New Jersey DJ, I am committed to expanding and growing my DJ music library to meet the needs of the diverse population and musical tastes of the New Jersey, New York and Pennsylvania regions. I cover most genres for your Wedding, Party or Event. If I don’t have it, I’ll try to find it for you.

Check with me to see how I can meet your needs. I always honor your requests. It’s YOUR Wedding or Party!

How did you start as a DJ?

I started at a college radio station. I ran into a friend from childhood in the halls and he invited me into the station. I saw the mixing boards, turntables, and microphones and was hooked on the spot. By the end of the semester, I was Music Director and then soon after Program Director.

The college was doing a fundraiser and we used a portable PA system performing in the student center. I got so fired up from having the actual audience in front of me, I went out and bought my own equipment. I put up flyers all around the area and started getting gigs regularly and paid for college through my DJ business.

AC power if large event. If small event, I have a portable PA for sound and music. I need little space since I use the BOS L1 System.