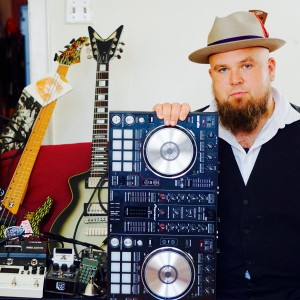 Reliable, professional, fun DJ who spins Top 40 / Funk / Hip Hop / Reggae / House / EDM and anything else the client could want. Cloudstomper has been a successful bassist, guitarist, and singer whose life long love of music makes him the best candidate for a professional DJ service.

Be the first to review DJ Cloudstomper

DJ Cloudstomper will cater to the specific needs of each client, and is easy to get along with on a personal level. Cloudstomper is also a high energy DJ, often reacting and having a blast right along with the club / party attendees. Cloudstomper is professional, fun, reliable and loves to make his clients dance and let loose.

Cloudstomper, aka Zachariah Verdoorn, is an accomplished DJ, bassist, guitarist, singer, songwriter and producer living in the great city of Chicago.

While coming of age in South Dakota as a gay, eclectic music obsessed misfit loving everything from Prince to Punk Rock, he found serenity as a musician and music promoter while growing up amidst a backdrop of farm life and religious fanaticism.

You'll find Cloudstomper performing around the country as a DJ, solo acoustic performer, or with his band The Claudettes, who just recorded with Grammy winning producer, Mark Neill (Black Keys, J Roddy Walston, Old 97’s), and will release their new album in early 2017.

Cloudstomper is able to provide sound and lighting, depending on the situation. Stage will need to be provided, unless coordinated with the DJ ahead of time. Luca M. said “Bash Beats were perfect for our NYE Party at our restaurant. Communication was solid before,…” 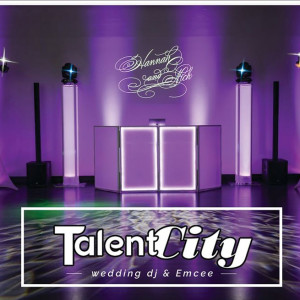 Amy J. said “DJ Christophe did an exceptional job with the music at my wedding he helped create a memorable…”