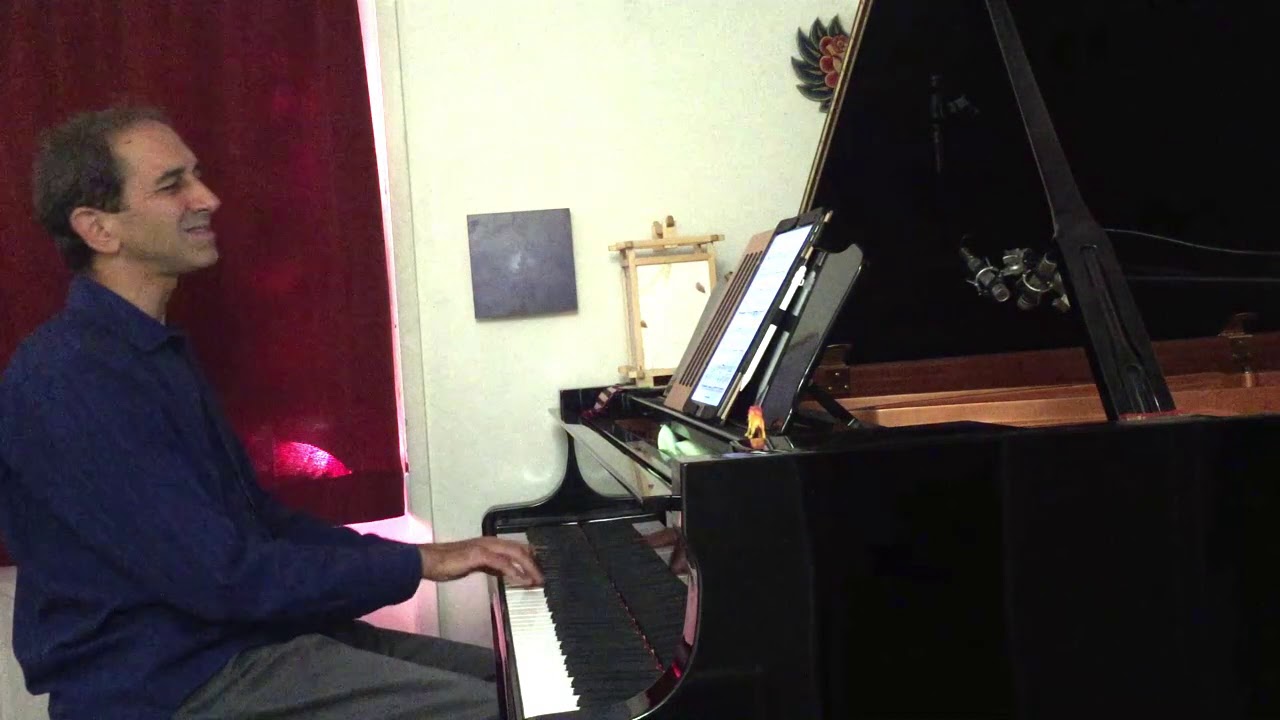 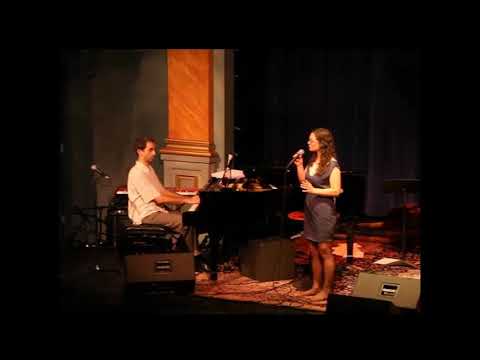 Make You Feel My Love 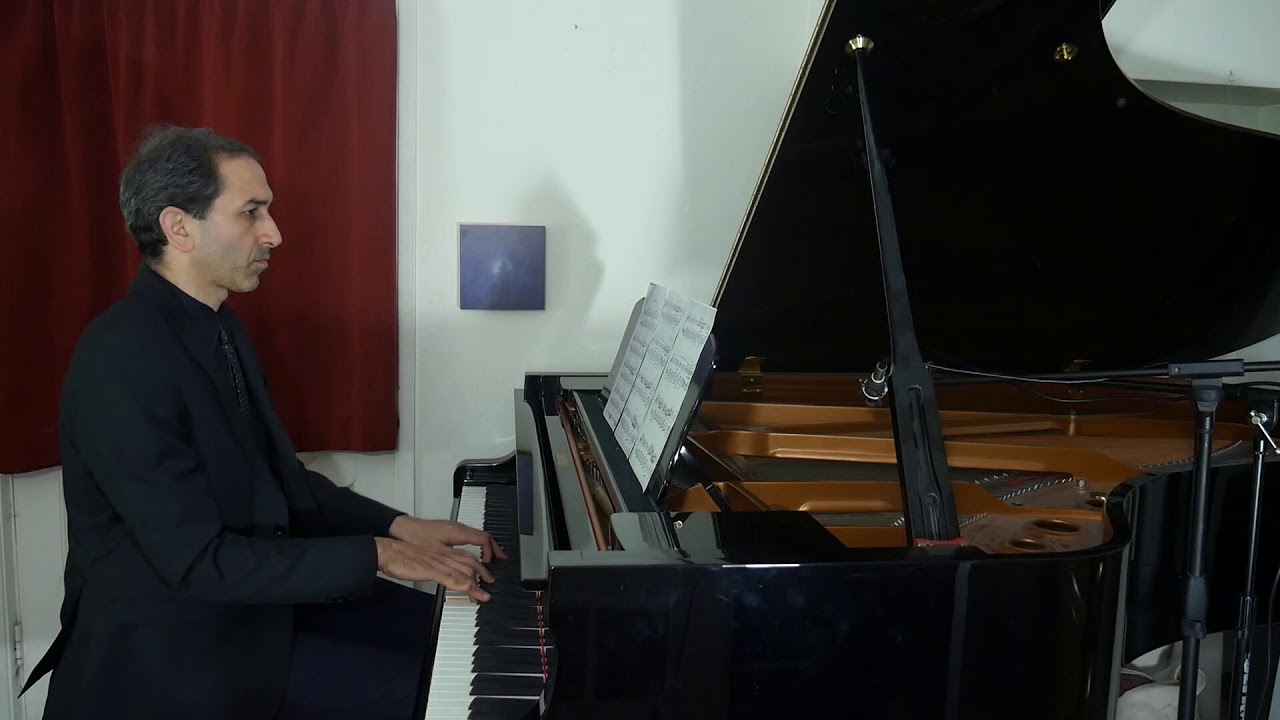 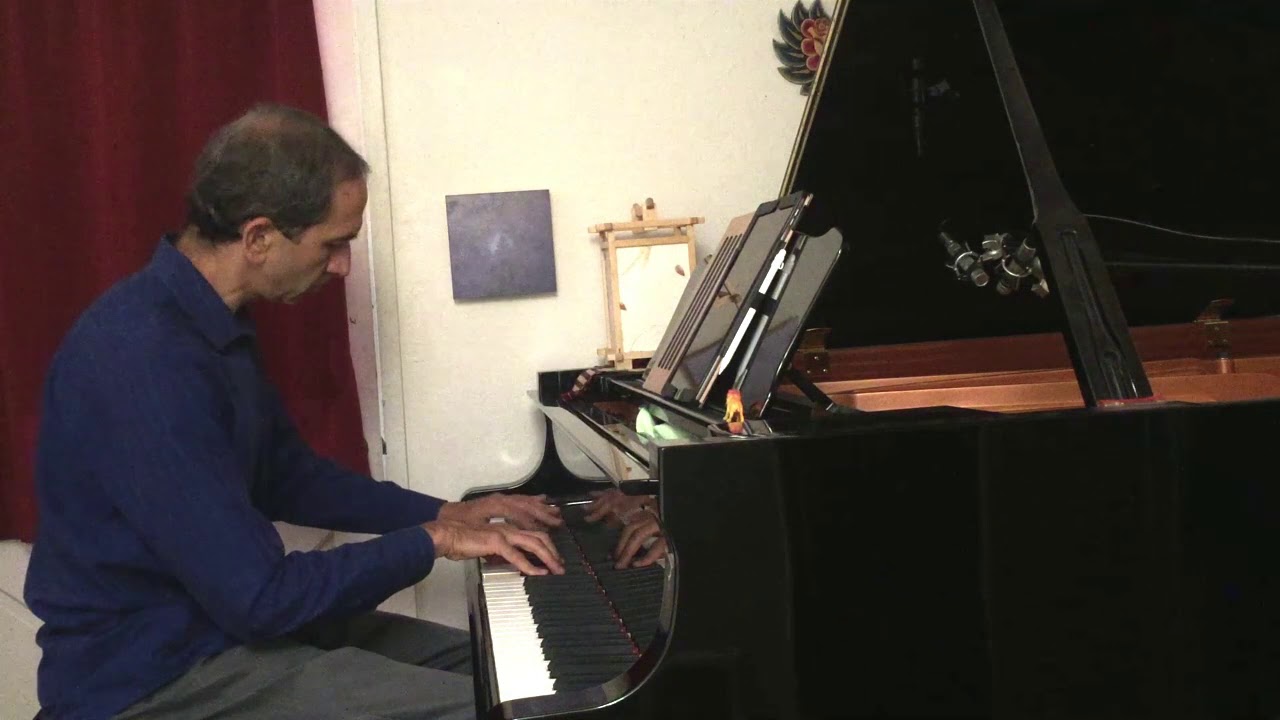 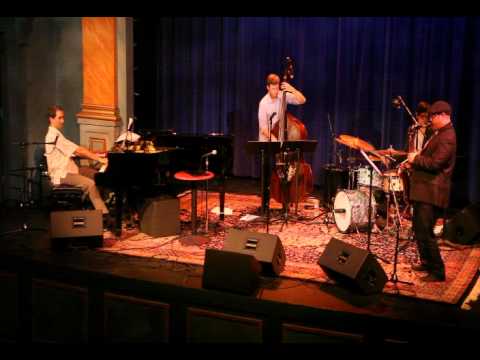 All of Me - John Legend
Dan Z + Mads Tolling 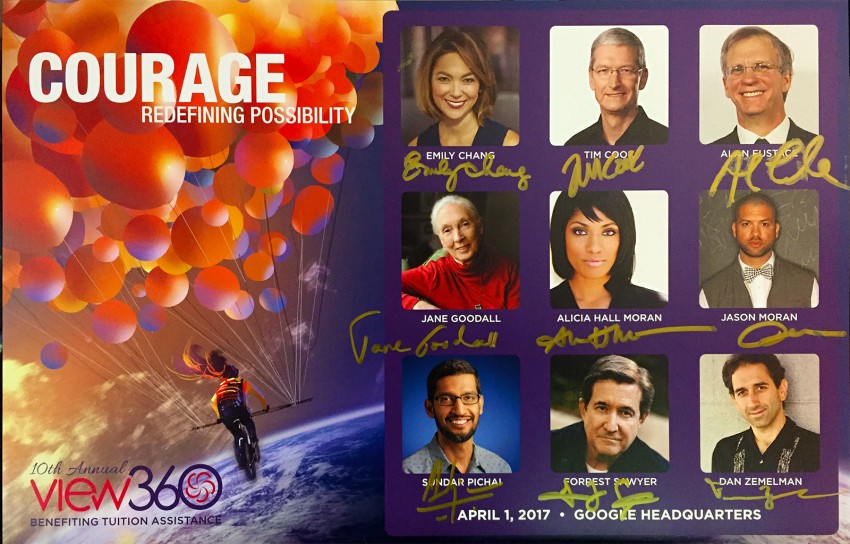 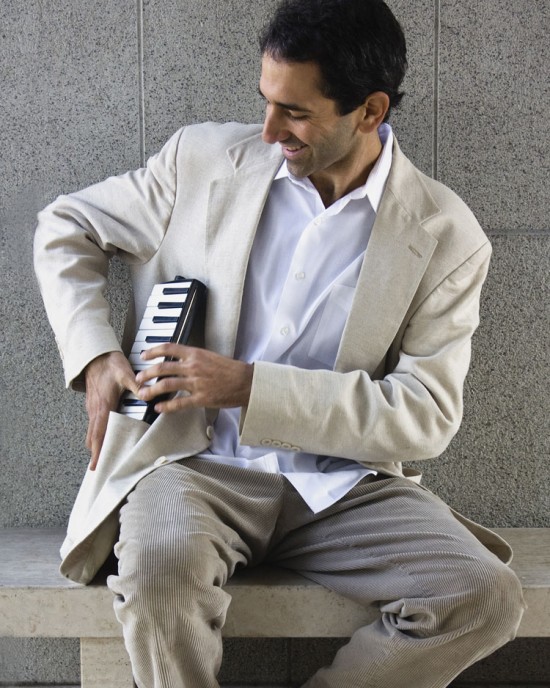 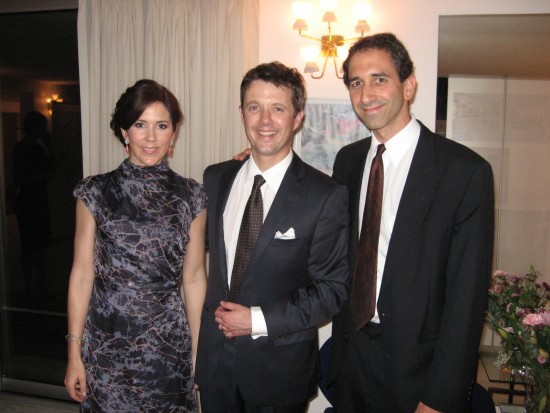 Dan with Prince and Princess of Denmark 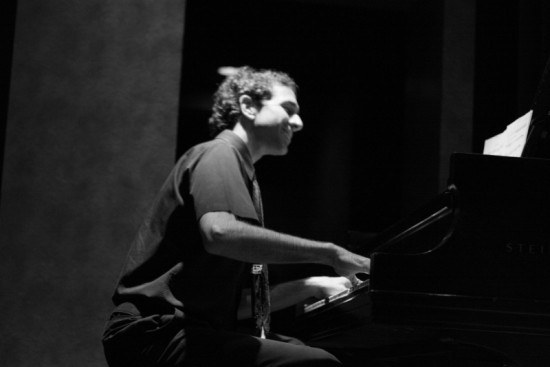 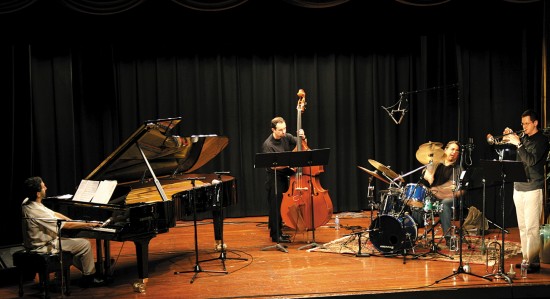 My quartet in concert 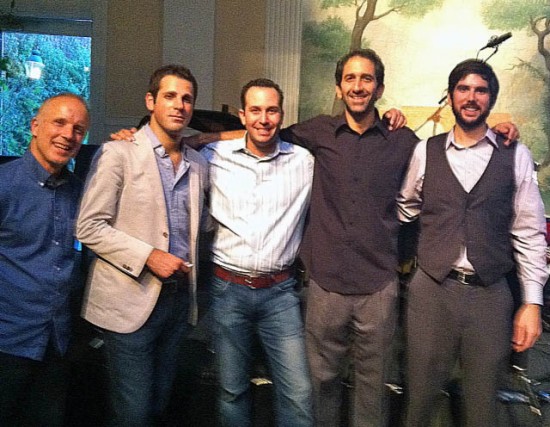 At the San Jose Jazz Fest with vibraphonist Christian Tamburr 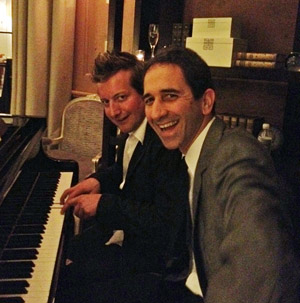 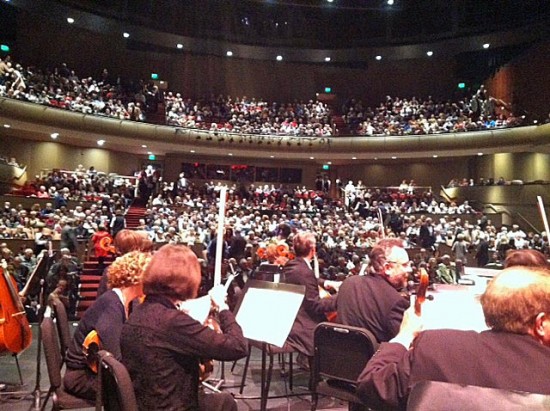 Performing with the Modesto Symphony 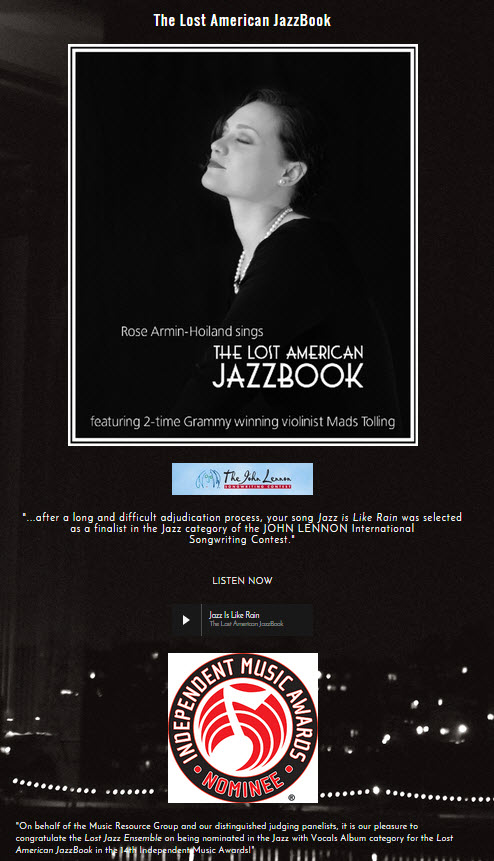 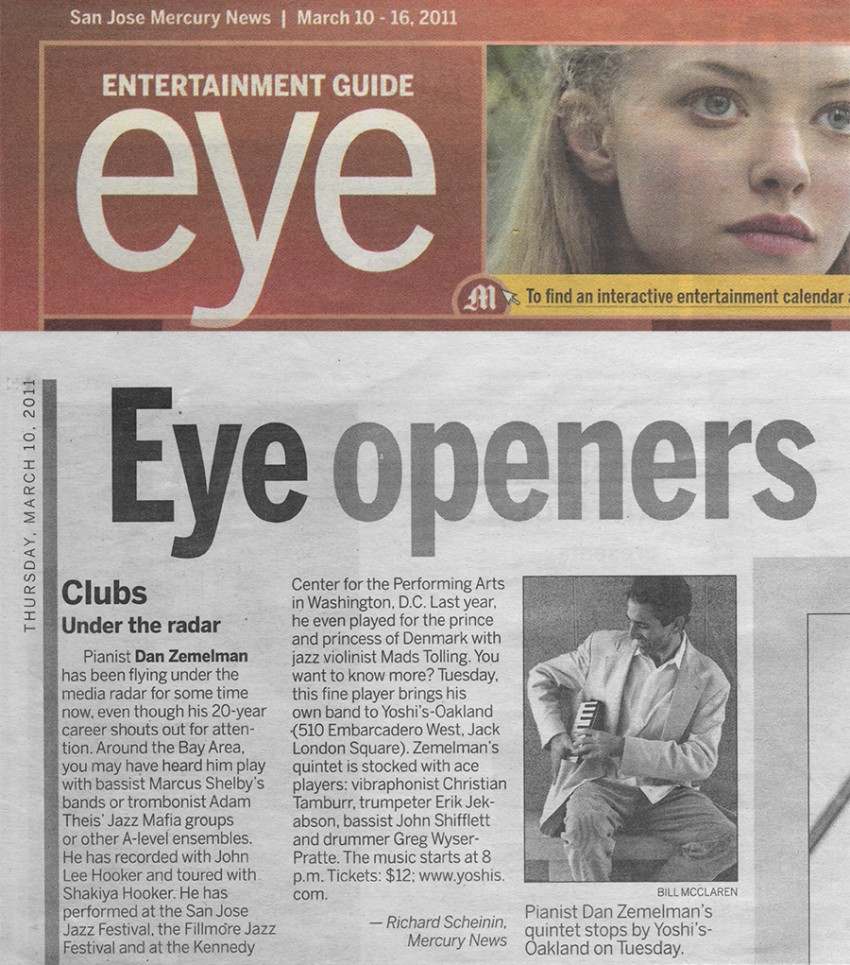 I've performed for 100s of weddings, events and parties. I LOVE creating a special event for you from start to finish! I have a huge repertoire and check out some things I've done:

Whether you're looking for a cocktail pianist or someone to play a special song at your wedding, I know how to make every occasion a special one.

We hosted a surprise 50th birthday celebration for my husband, and Dan provided the entertainment for our intimate gathering of 12. The surprise was perfectly executed, and I could not have pulled it off without Dan's assistance. Especially the minor detail of not owning a piano... Dan offered to bring his keyboard, and blew me away with his very professional (and stealth) set up.

I gave Dan a very brief overview of the types of music my husband prefers, and he assembled a play list with suggestions that were dead on (everything from Bach to Jazz, Movie Themes to Peanuts). He has a great range and relaxed style, and engaged our audience all evening. There was even dancing! :)

Thank you so much for accommodating our later than planned start and the random song requests from our guests. I would definitely recommend Dan for anyone planning an unforgettable experience!

Dan did an amazing job!

Dan did an amazing job for my partners birthday party. I found him initially through Craigslist and we emailed back and forth multiple times prior to the event. He arrived early to familiarize himself with the piano and started just as guests began to arrive. He did a great job with the music that he prepared. Everyone including myself were impressed with his talent as well as with his range of music. I really didn't need to guide him with the music other than informing him of genres of music, and artists that my partner listens to. I plan on contacting Dan again in the future for similar events.

Dan played for our wedding ceremony. He was helpful during the entire planning process. We wanted specific modern songs to be played and he made it happen. He even brought his own piano and speaker system in case the one the church provided wasn't what he required. Overall, he went with the flow of the ceremony and it was a beautiful ceremony. Thank you Dan!

Dan was great for our event

Dan did a great job of setting the right mood at our conference reception. We were looking for something classy and Dan understood what we wanted right away and took care of the rest. The music was great, Dan is very professional, and everything went very smoothly. I never felt I had to worry about the music, which was great, because there were many other things I needed to take care of at such a large event.

We hired Dan to play at our wedding ceremony in Palo Alto at a Catholic Church. He helped us pick out our music choices without even meeting him and arrived and performed just as promised. Dan is professional, punctual, and plays great music. I highly recommend him for your next event.

I hired Dan to play for my mom's 90th birthday. I requested songs from an era long ago, mainly from the big band genre of the 40s. He was wonderful with the playlist that I sent to him before the event. He made the day so special and is such a marvelous pianist. I would highly recommend Dan for any special event. Not only is he a fantastic piano player, but also a great guy!

Dan played during our small, private wedding dinner. He is an excellent musician, had a very nice repertoire and was very kind and accommodating to our 7 year old guest who wanted to play with him! Highly recommended!

Party of 30 at my home for which Dan played beautifully throughout a casual, memorial setting. He played 20th century american classics as requested. Party members also requested numbeers. Also very educational and everyone enjoyed his gentle, agreeable person.

Dan played for our wedding this past spring. And he did a wonderful job!

First of all, since we don't live too far, he had us come over to his house so we could pick out our favorite music for the ceremony. At no extra charge! Super nice guy...

Second of all, when we needed him to stay an extra half hour for the reception/dinner, it was no problem at all.

He is a pro, all the way around. Excellent player, responsive, responsible and interested in his profession. Not a guy who looks bored to be playing a wedding ceremony because he's played 100 of them.

At Yoshi's in Oakland, at the Fillmore Jazz Festival, at the SF Jazz festival...

All I can say is: SUPERB!

Seriously, Dan is just an awesome performer. I feel like the music is just emanating from his entire being. So much heart and soul. I love seeing him play, I love watching him dance around when he starts really getting passionate about what he's playing.

I've seen him do all sorts of things...jazz, classical, rock/pop. He makes them all look easy.

Dan is a top-notch musician. Professional and Reliable!

I appreciated working with Dan from start to finish.

He was great helping me plan music for my 50th birthday party. He made great suggestions for what music to play, was responsive to all of my emails, sent a comprehensive contract.

At the party, he played beautifully. The music seemed to stand out in a nice way and blend in all at the same time. Not one guest complained that he was too loud or overpowering. Everyone told me how great they thought he was. I agree completely.

Everything about him was perfect. Great attitude, great clothing, nice demeanor, amazing playing and worth every penny!

For sure I will hire Dan again when I'm having another event.

Everything from delightful background entertainment to gripping live jazz performances.

Dan Zemelman began learning piano at age 5, playing primarily classical music. As a teenager, he developed a passion for jazz. He studied under well-known jazz bassist Richard Davis at the UW Madison and received an award as 'Best Jazz Artist' at UW Madison in 1996.

In 1998 as part of the Kennedy Center’s prestigious Jazz Ambassadors program, Zemelman toured India and Sri Lanka for 1 month, representing America’s jazz tradition through teaching and performances. After moving from Chicago to the Bay Area in 2001, he contributed to John Lee Hooker’s last studio album Face to Face and toured South America with daughter Zakiya Hooker's band.

The Dan Zemelman quartet has performed at Yoshi’s Oakland for three consecutive years, including a very successful CD release party in 2009. That same year, he played for SF Jazz Summerfest and received an honorary position as 'alternate band' for Jazz at Lincoln Center's Rhythm Road 2010 music abroad program.

Zemelman has a strong teaching career as well and has been on faculty at Jazzcamp West for 3 years and on faculty at the Jazzschool - Berkeley for 5 years as a teacher, master class technician and accompanist.

Dan can also be seen performing with the Modesto Symphony Orchestra - Pop's concerts.

Keyboard can be brought and P.A. can be provided

will be updated soon

Piano (if none, then I can bring keyboard) 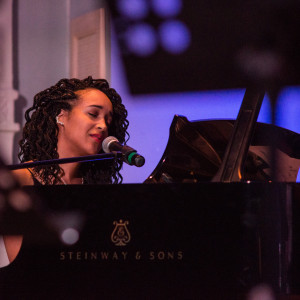 Danny Y. said “Jackie was perfect. She worked with me to write a custom song for my friend's 30th birthday, and performed it live with her guitar at our 12-person dinner.…” 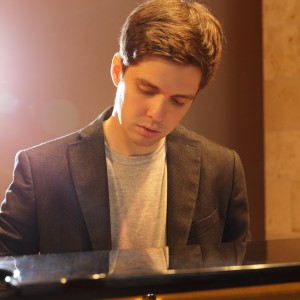 Patti R. said “We hired Samer to play for a work event and he was excellent. Easy communication, super professional, and a wonderful pianist. Would definitely recommend.” 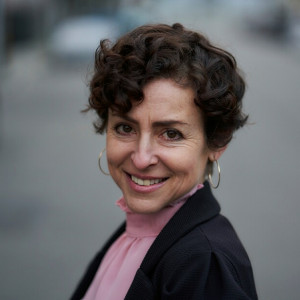 Marissa C. said “We had Amy play piano during cocktail hour at a Christmas Eve gathering and she was simply wonderful. I hope we can book her again soon!”