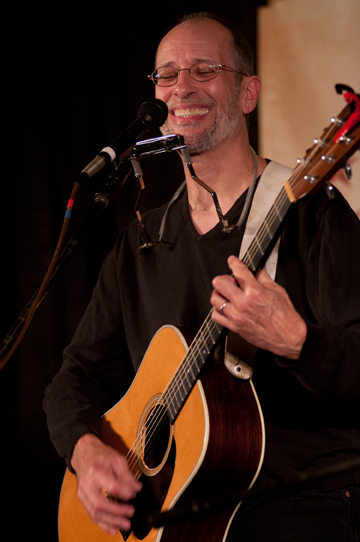 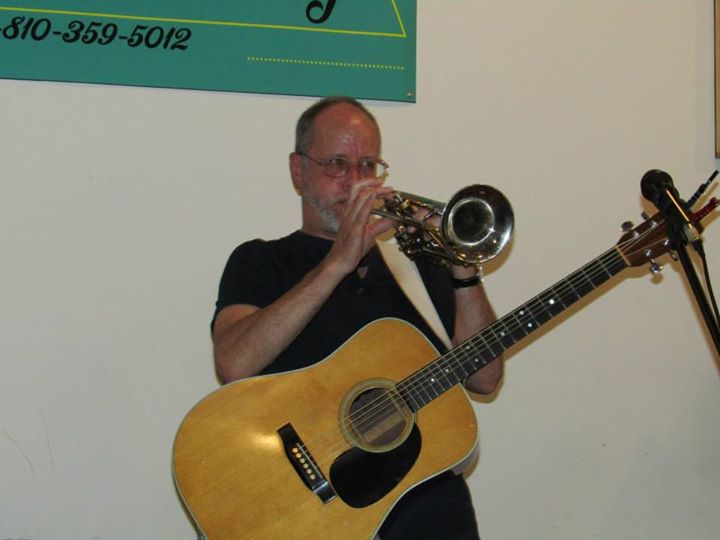 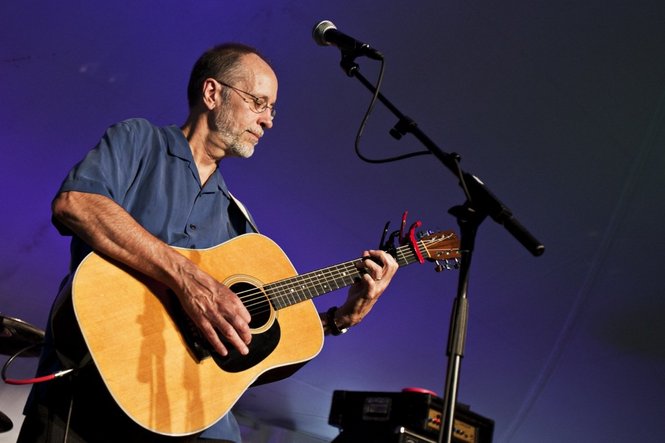 Be the first to review Dan Hazlett

Dan Hazlett may wear a lot of hats, but his favorite is a wrinkled old top hat full of solo acoustic live performances, lined with heart altering stories worn so smooth they shine. No matter how closely you’re paying attention, you may find yourself amazed at what he’s likely to pull out of that hat during any given show. A producer, sound engineer, playwright, musician, singer, songwriter, stay-at-home Dad and educator, Hazlett (pronounced HAZE-let) is an accomplished, polished performer who entertains and uplifts his audiences with a blend of his smooth, soulful voice, his finely honed acoustic guitar work, and his arsenal of well-crafted and thoughtfully presented songs. Weaving in and out of folk, jazz and a Will Rogers style of down-home humor, Dan captivates his listeners with subject matter ranging from the ordinary silliness of everyday life to the unexpected intensity of dramatic interludes.
His performances are at once heartwarming and moving, quirky and humorous, and are always presented in Dan’s unique style that appeals to audiences of all ages – and always while wearing his signature red high-top sneakers!
“Dan’s unique vocal styling is paired with excellent guitar playing and thoughtful lyrics. His guitar skills add a great dimension to the original, imaginative lyrics, coming together into a complete package of musicality.” (Andrea Hill, Singer Magazine)
“Dan writes his heart’s stories, weaving them into a lyrical web of beauty, courage, childhood memories, old automobiles and family trees.” (Maggie Ferguson, The Old Front Porch Radio Show / Concert Series Presenter)
RECOGNITION AND RELEASES

For more than 30 years, Dan has performed and toured throughout the Midwest. His eight previously released CDs have received airplay throughout the United States as well as internationally, and have been praised by everyone from musical colleagues to concert hosts to radio DJs. Dan has been nominated multiple times for Detroit Music Awards, and has achieved recognition for his work in events such as the Great Lakes Songwriting Contest, Big Top Chautauqua Songwriting Contest, and the Billboard Songwriting Competition. As an educator, Dan has been featured on the staff at the prestigious Lamb’s Retreat for Songwriters, the Madison Songwriters Guild Retreat and has been on the staff at the internationally renowned Interlochen Academy for the Arts. He has appeared on stage and/or opened for such notables as Ronnie Cox, Dana Cooper, Chuck Brodsky, Mustard’s Retreat, Cliff Eberhardt, Joel Mabus and Jack Williams, and for seven years hosted his own folk radio show, Local Folks, at WXOU-FM (Oakland University). Most recently, Dan performed in a musical production he wrote, Tumbledown Town, which has opened to positive acclaim throughout Michigan. His ninth and latest CD is “The Corner of My Eye.”
“The performance of Dan Hazlett’s play, Tumbledown Town, was clever, entertaining, and fun for all. We all laughed and cried as we caught glimpses of ourselves through the wonderful characters . . .” (Ruthette Mills, Portage Players Director, Erickson Center for the Arts)

One microphone and boom stand, one DI for guitar, one stage monitor. I can supply a pa for small venues. Sarah H. said “We hired Nick to perform for our ceremony, cocktail hour. dinner hour, and first dance! Let me tell you, people could not stop talking about how great…” 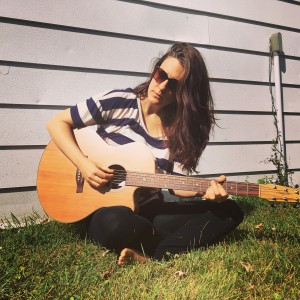 Laura M. said “Loved her vibe, loved her choice of music, great musician. Client all said that she was awesome! Thank you Maria for entertaining our guests.”