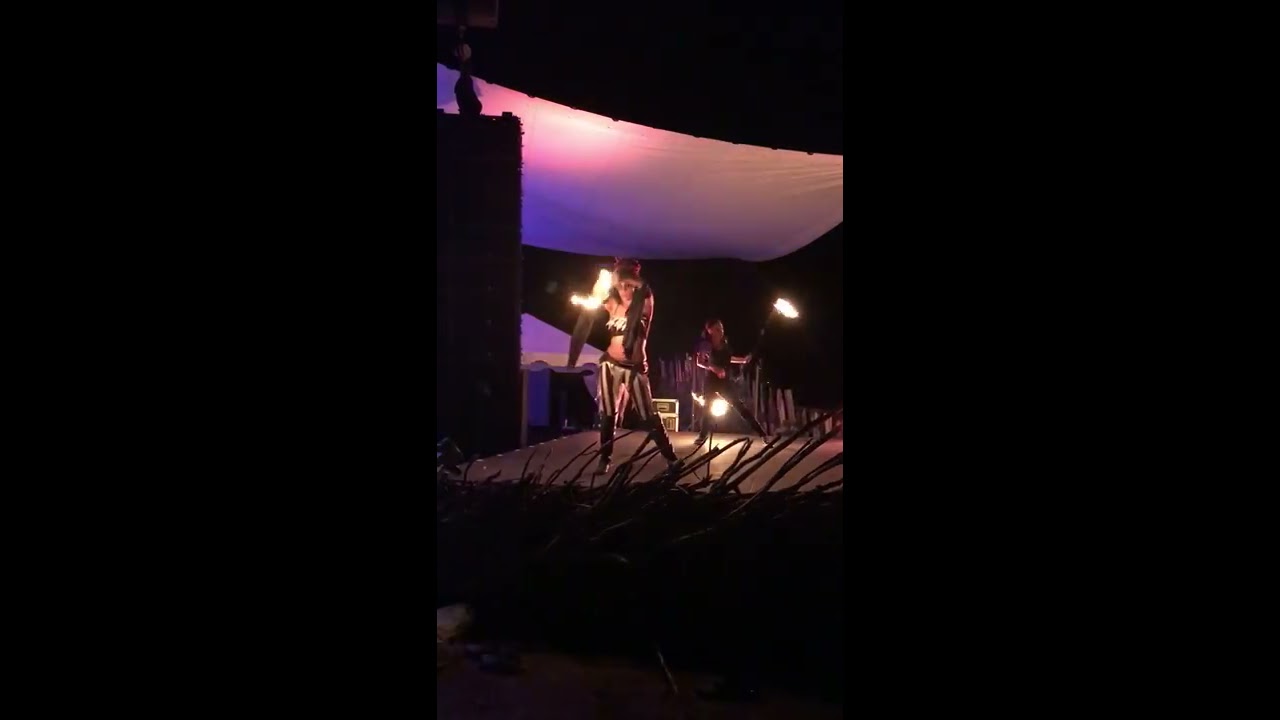 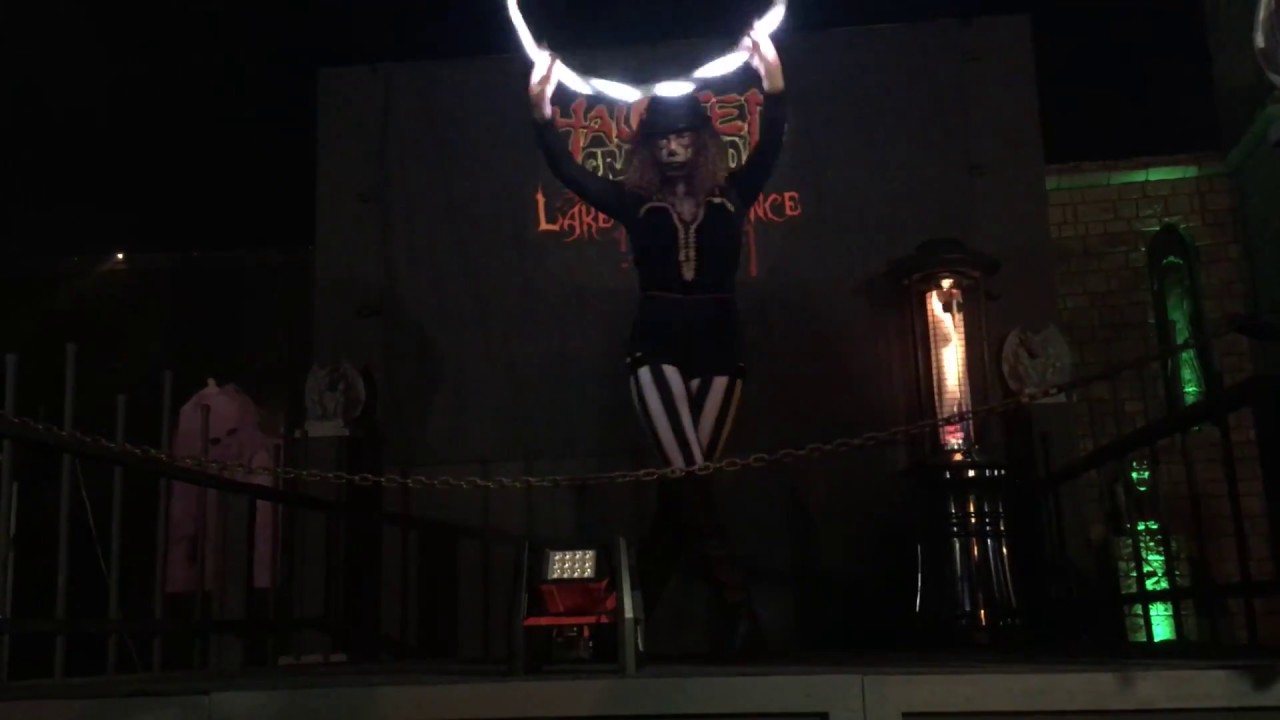 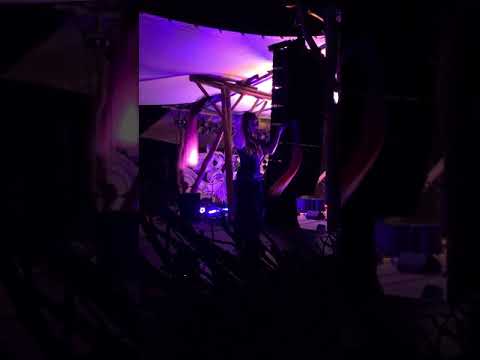 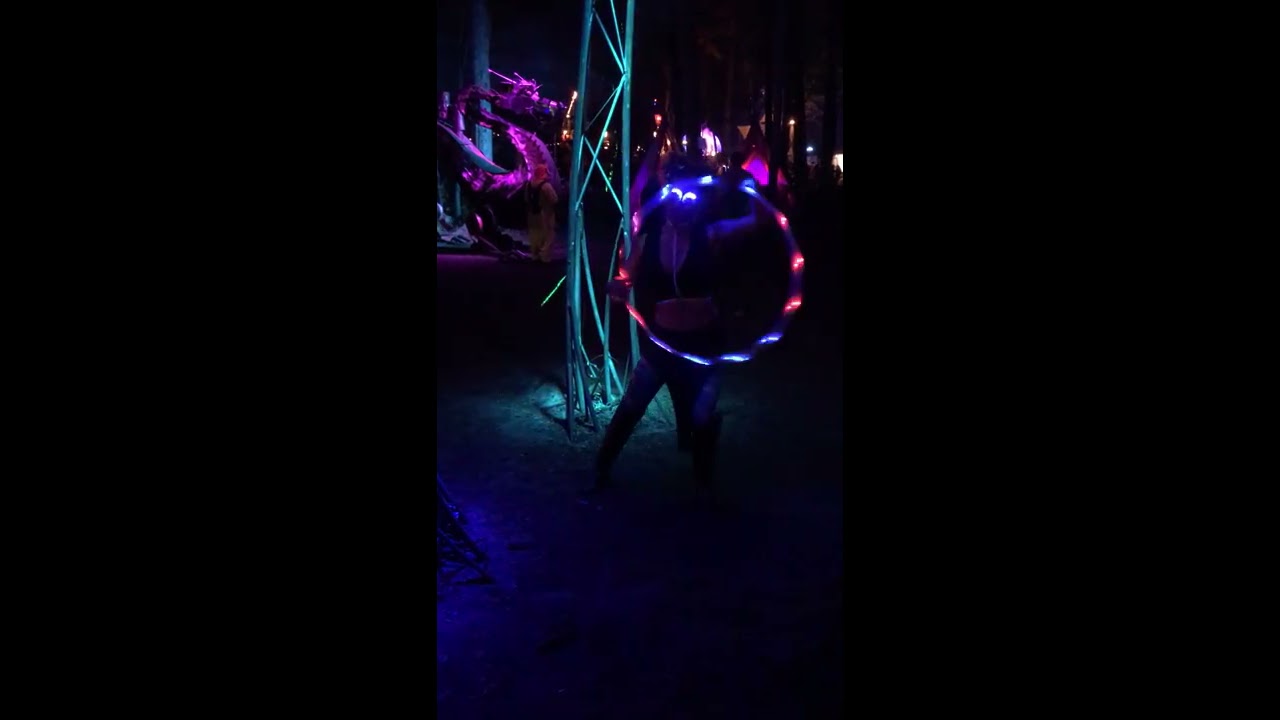 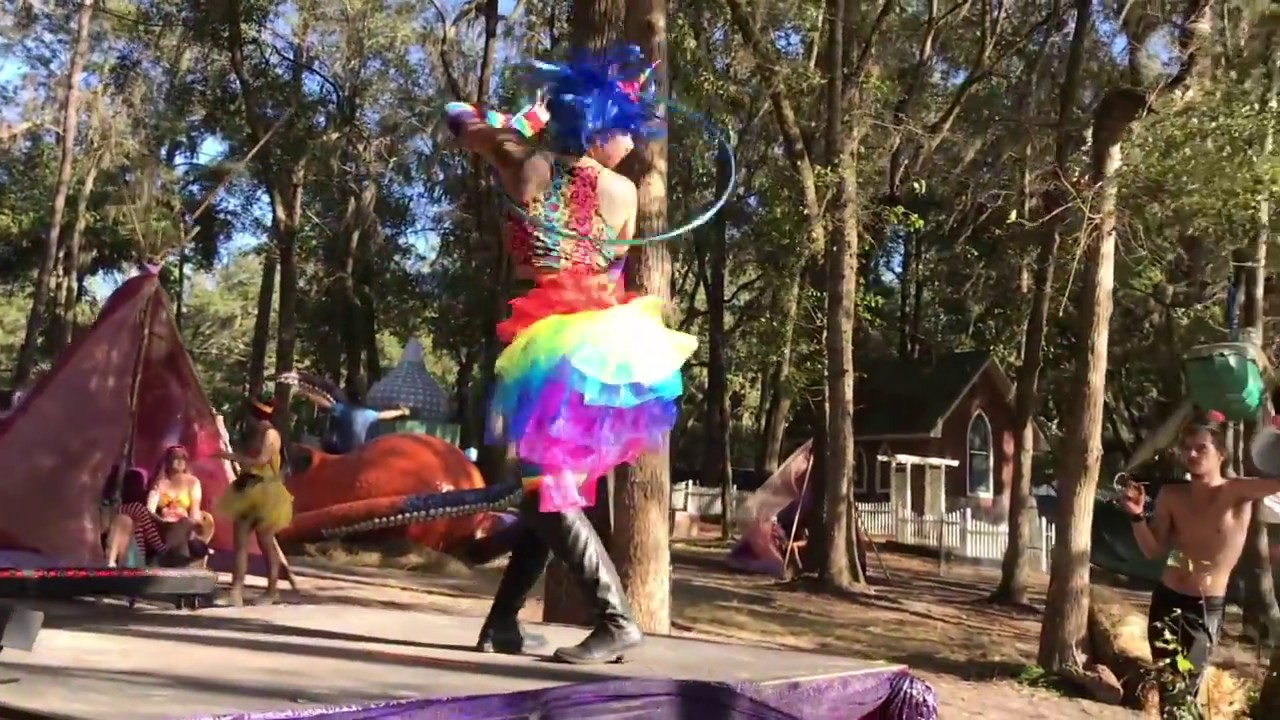 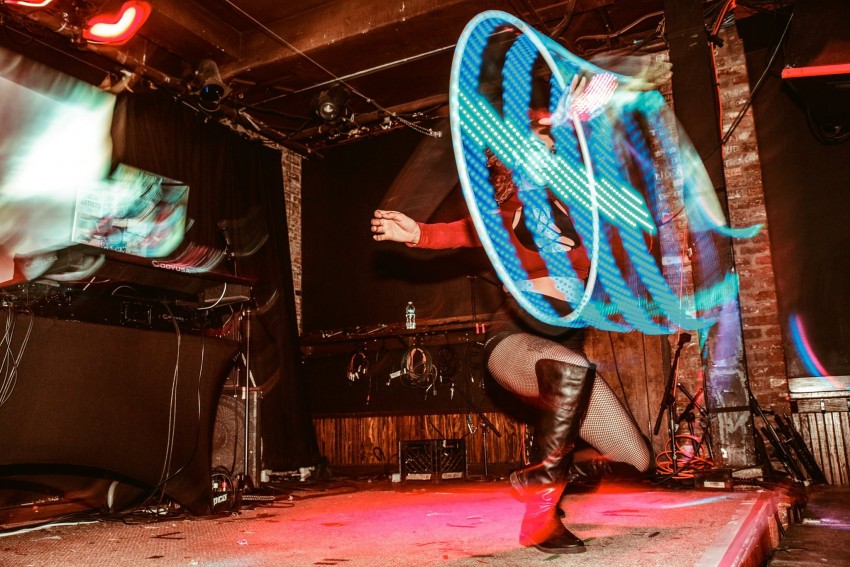 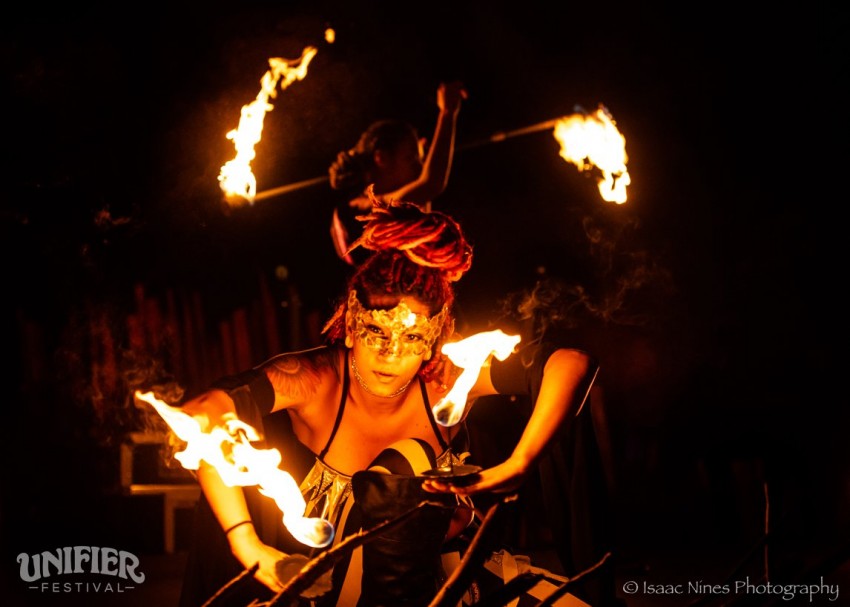 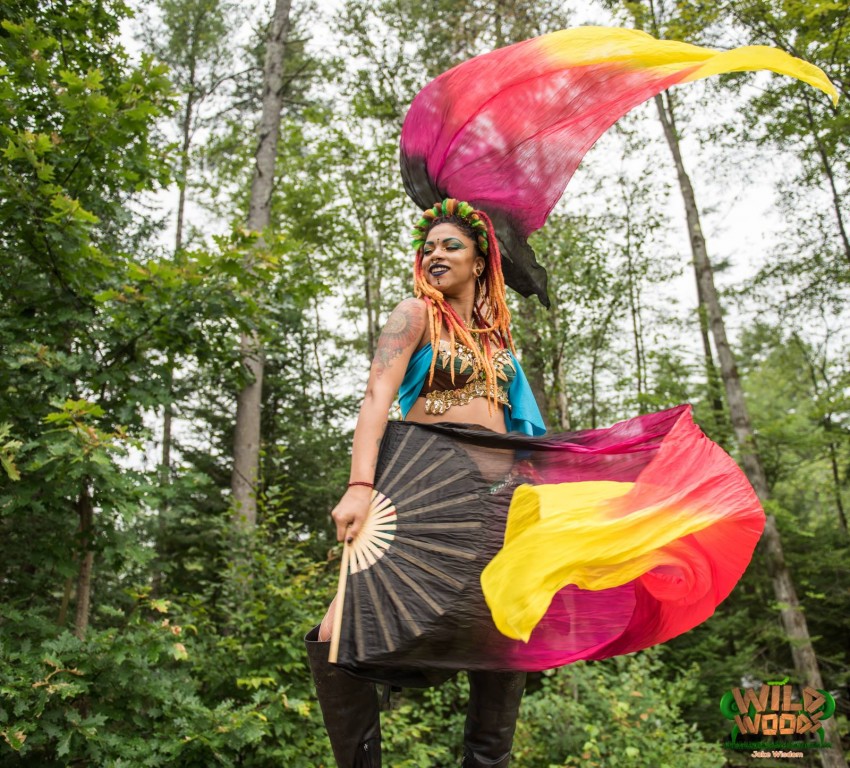 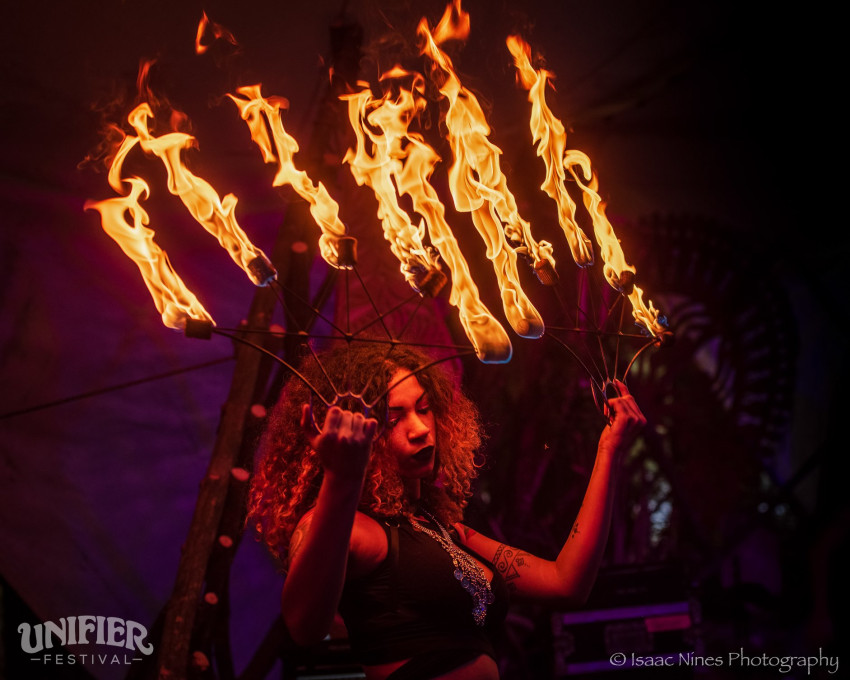 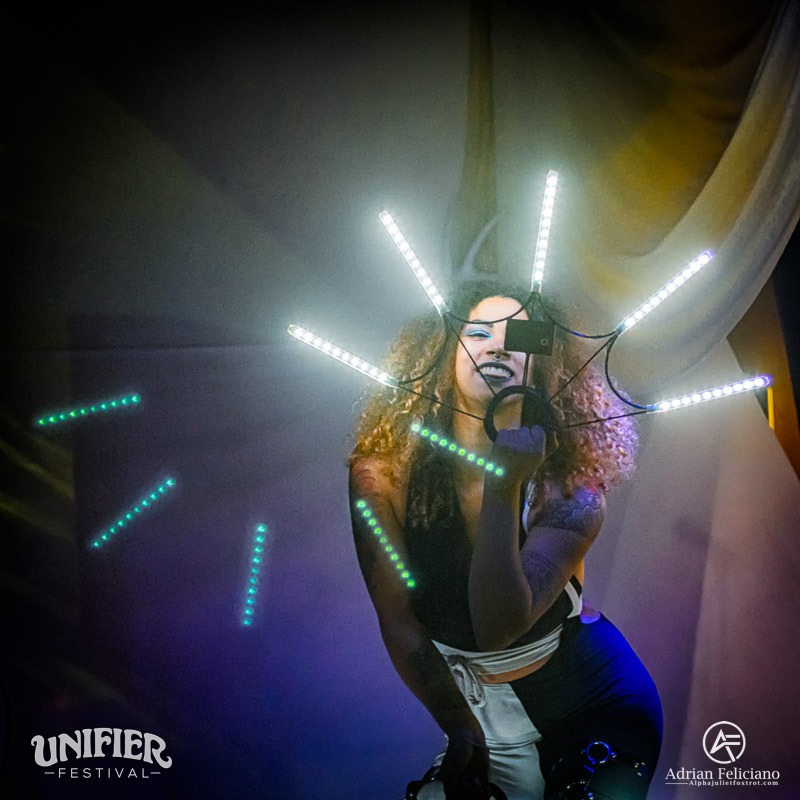 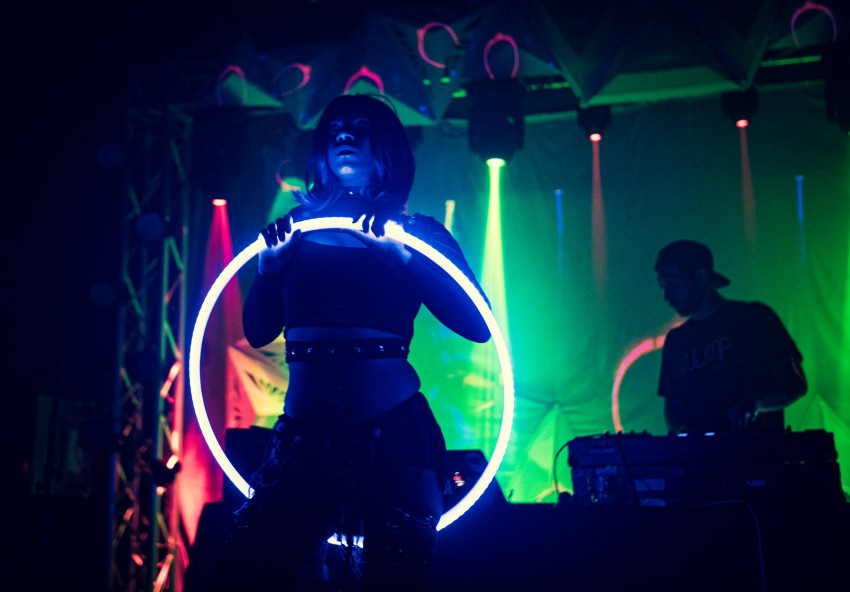 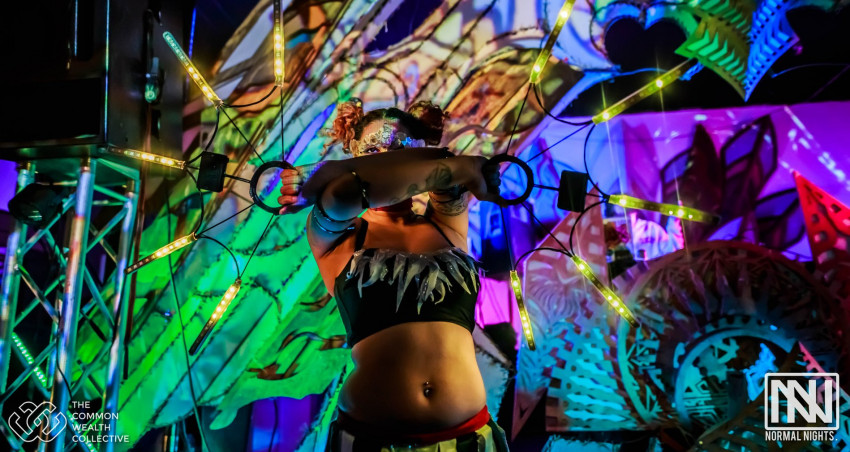 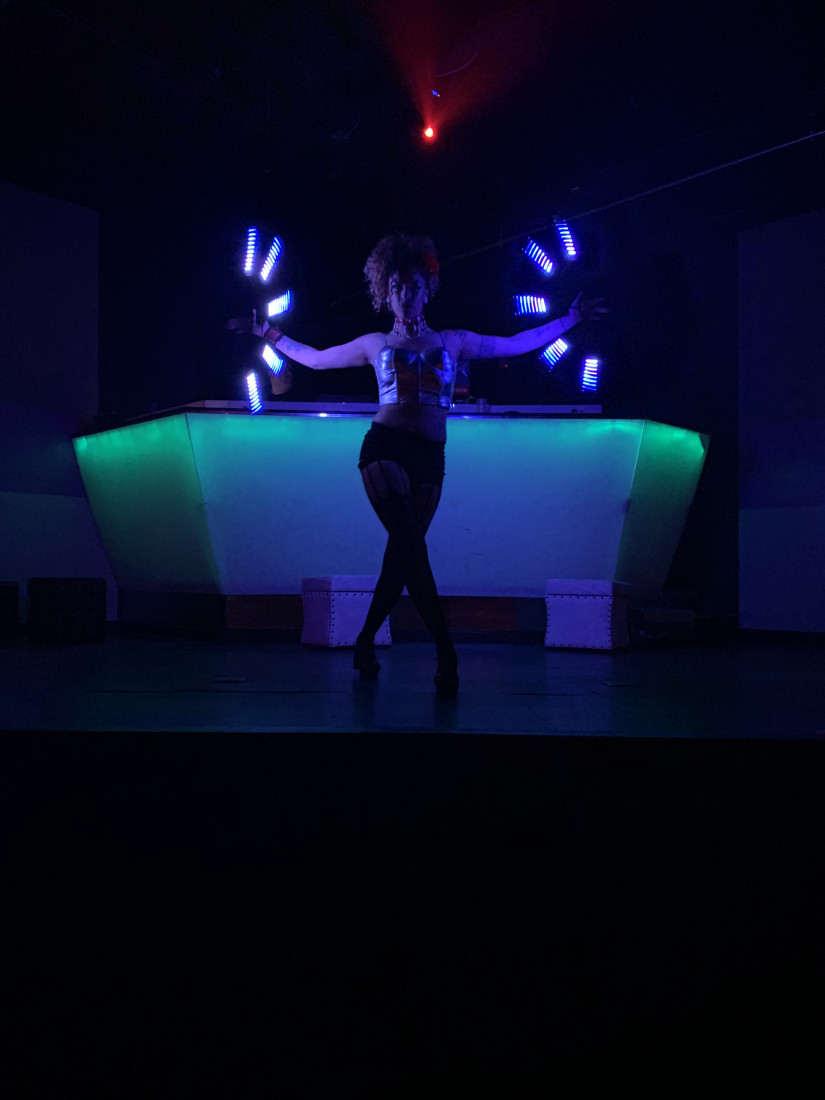 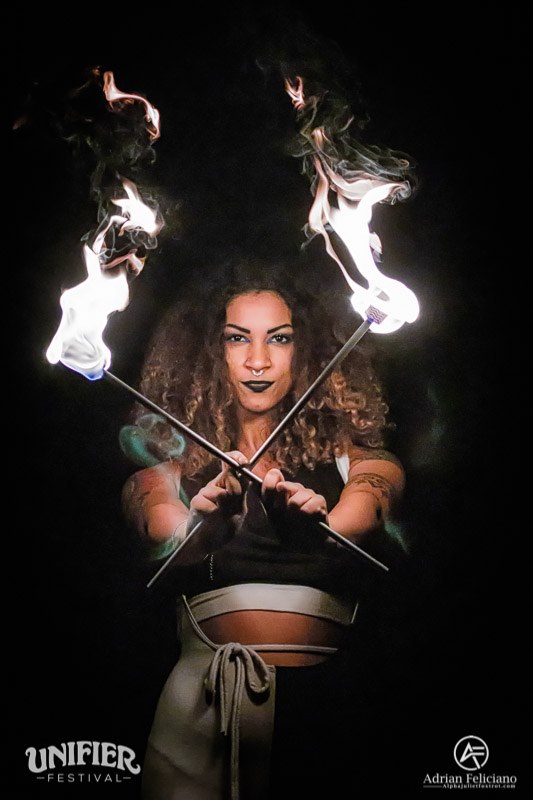 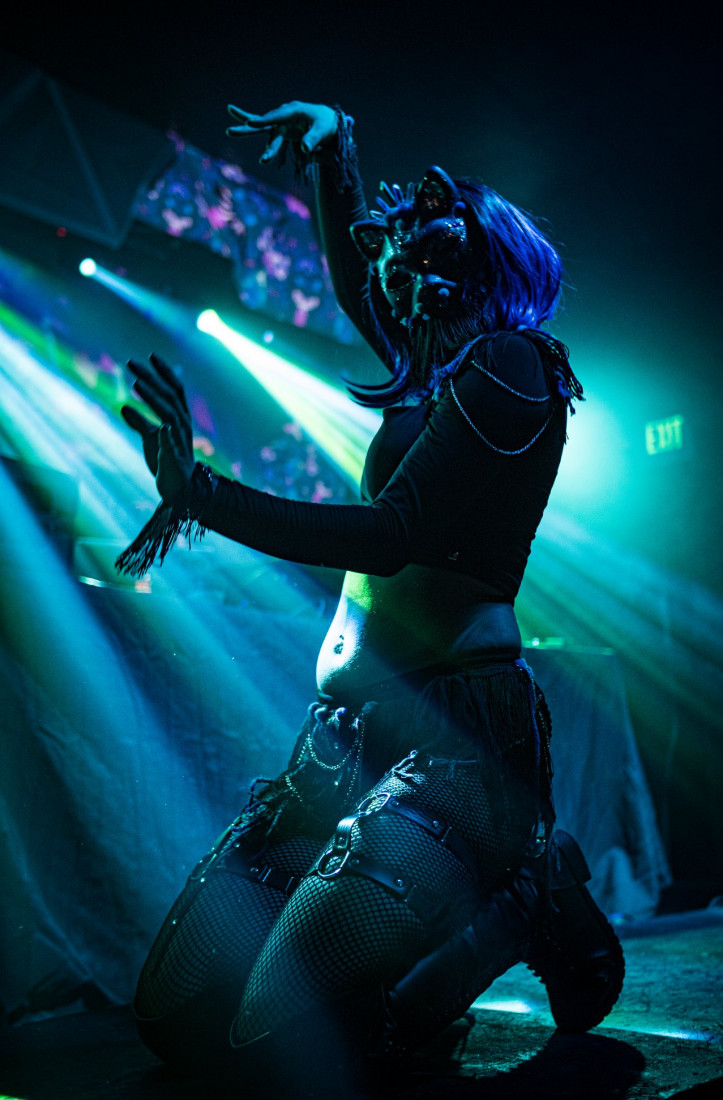 Cora-Sol has been performing professionally for the last five years providing visually captivating and immersive experiences for audiences all around. Cora's intrinsic ability to adapt to almost any musical rhythm and converge it with her own unique style creates a one-of-a-kind performance that will be sure to draw in any crowd. She offers a wide variety of performance styles and themed shows for audiences of any age range.

Be the first to review Cora-Sol

I offer several entertainment services to choose from including:

Cora-Sol is the alter ego and stage presence of flow artist and fire dancer, Coraima Rae. Based out of Connecticut, Cora-Sol has been performing professionally for the last five years providing visually captivating and immersive experiences for audiences all around. Cora has carried a deep spiritual connection to movement and creative expression since childhood.

In her younger years, Cora performed Salsa dance in competitions and parades. Cora later attended the Greater Hartford Academy of the Arts where she studied creative writing, musical theater, and character acting. Additionally, Cora studied jewelry and costume making which would provide her the skills to create custom looks and costumes for her performances years later. She also has experience in technical theater where she learned about stage lighting/sound, set design and prop creation. After school, Cora continued her creative and expressive journey through the discovery of prop dance while developing a name for herself as a professional stage performer. In 2017, she joined "The What Collective" where she began her transition into a flow artist and performed for her first musical festival.

Today, as an independent artist, Cora can be found performing locally and regionally under the stage name Cora-Sol. Cora has the intrinsic ability to transform the atmosphere, adapt to almost any musical rhythm and converge it with her own unique style to create a one-of-a-kind performance that will be sure to draw in any crowd.

More room is always better. Gigs in the past have been performed on stages as small as 5'x6' for LED performing but raised platforms or any type of enclosed space between 8'x8' or 10'x10' or larger is preferred. If providing my own music for a performance, it is important that I have access to a sound system to connect or plug into. USB access works best.

Fire gigs are most preferable outside. However it is possible for indoor fire performance in large well ventilated areas, but indoor venues will require an inspection by the local Fire Marshall for approval. Depending on the location, a permit may be required for the venue as well. In an outdoor performance, a barricade/perimeter that separates the performance area and the audience needs to be established between 10' and 15'. A safety will always be in attendance at all fire gigs. A designated/enclosed area is needed for fuel placement and access away from audience and performance area.

Performance Area 15 ft away from audience

Backstage fuel storage away from audience 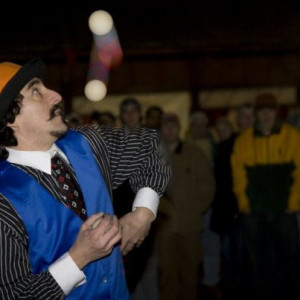 Christine G. said “Fire juggling while at the same time amusing our guests with enjoyable corny jokes. Total crowd pleaser. All our guests very much enjoyed the showmanship.” 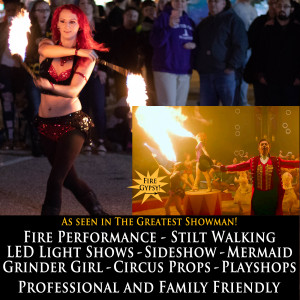 Martha H. said “Sasha’s fire performance was dazzling and left her audience screaming for more! Sasha performed in the wind and cold without any problem. She is a pro!”