Back to Southern Gospel Groups 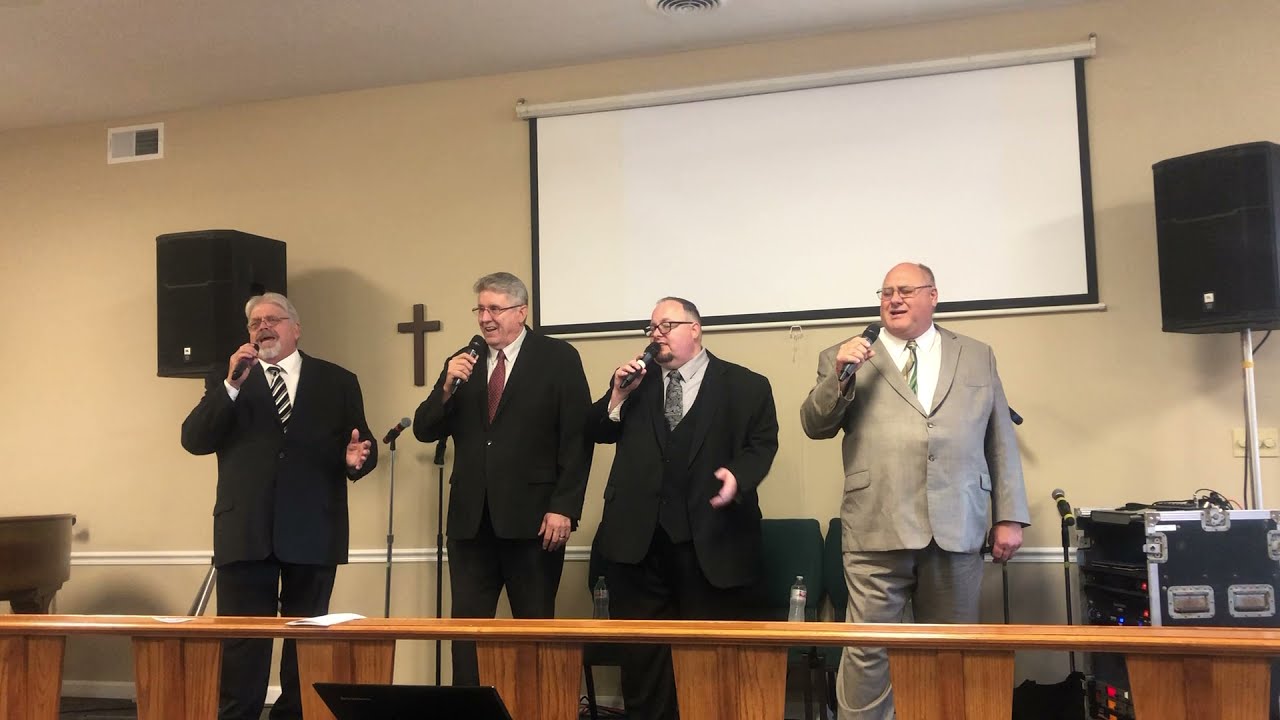 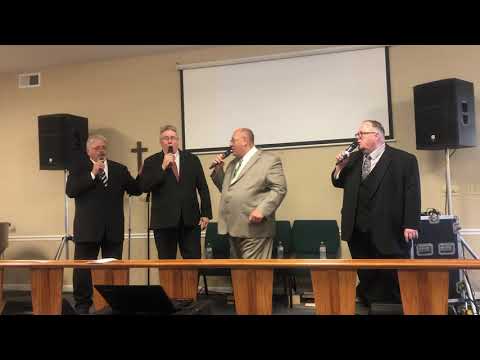 I Know What Lies Ahead 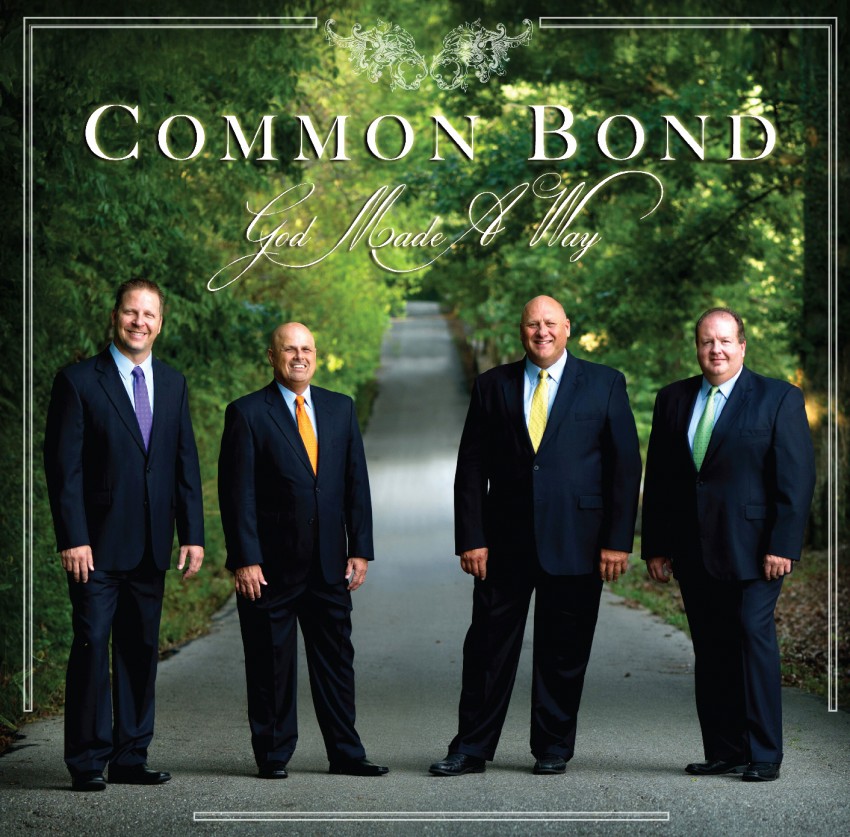 God Made A Way 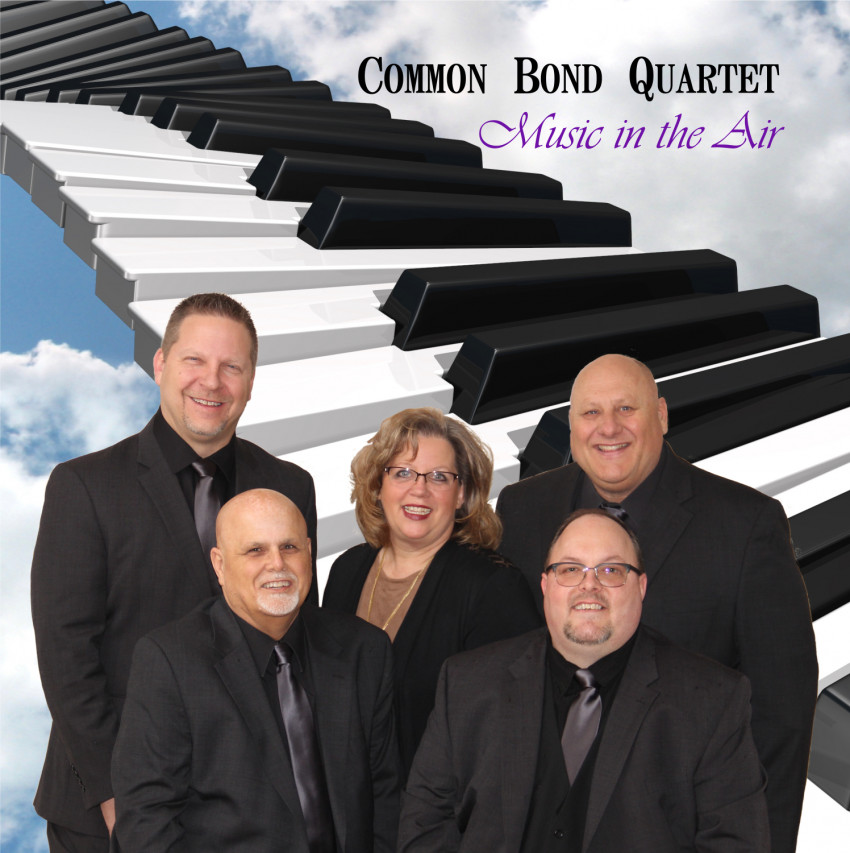 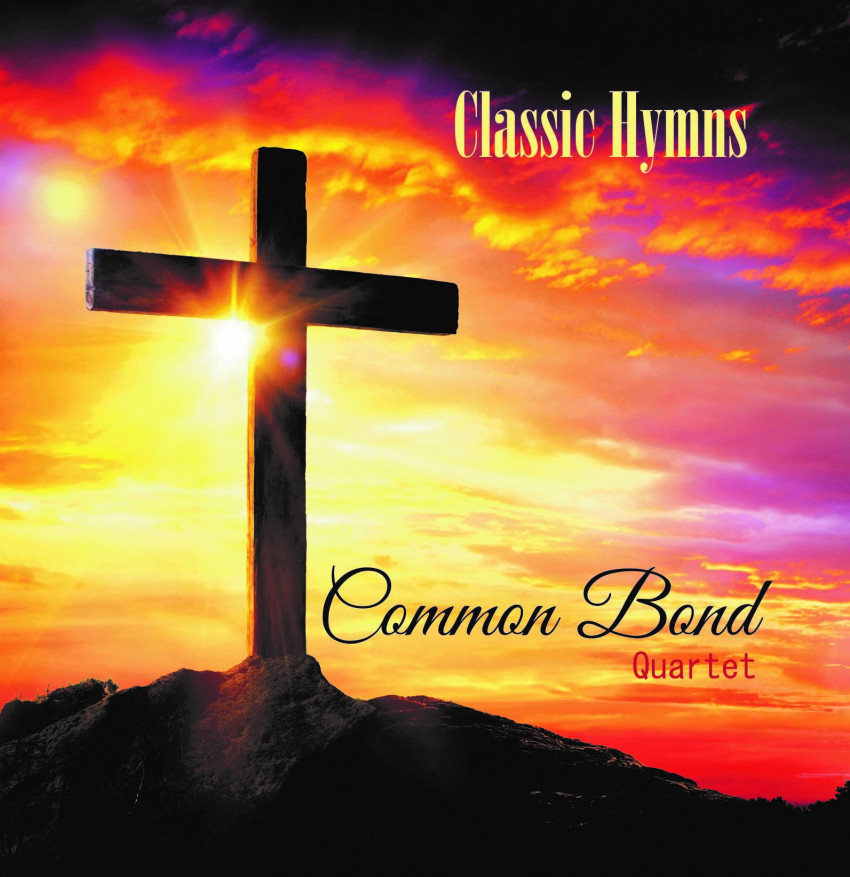 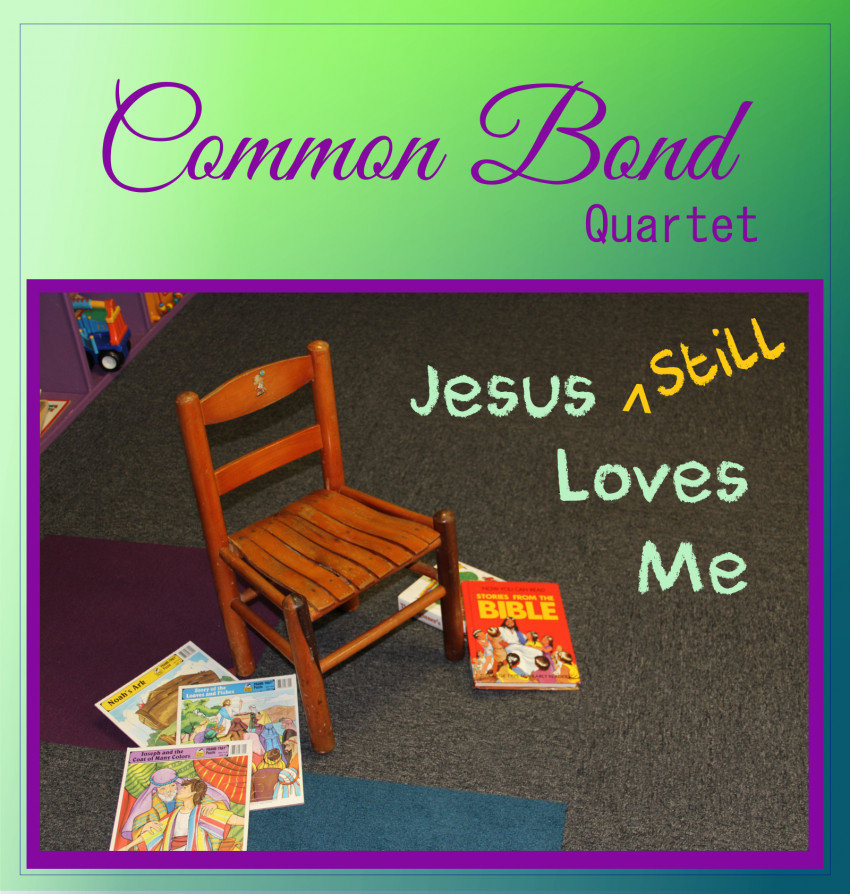 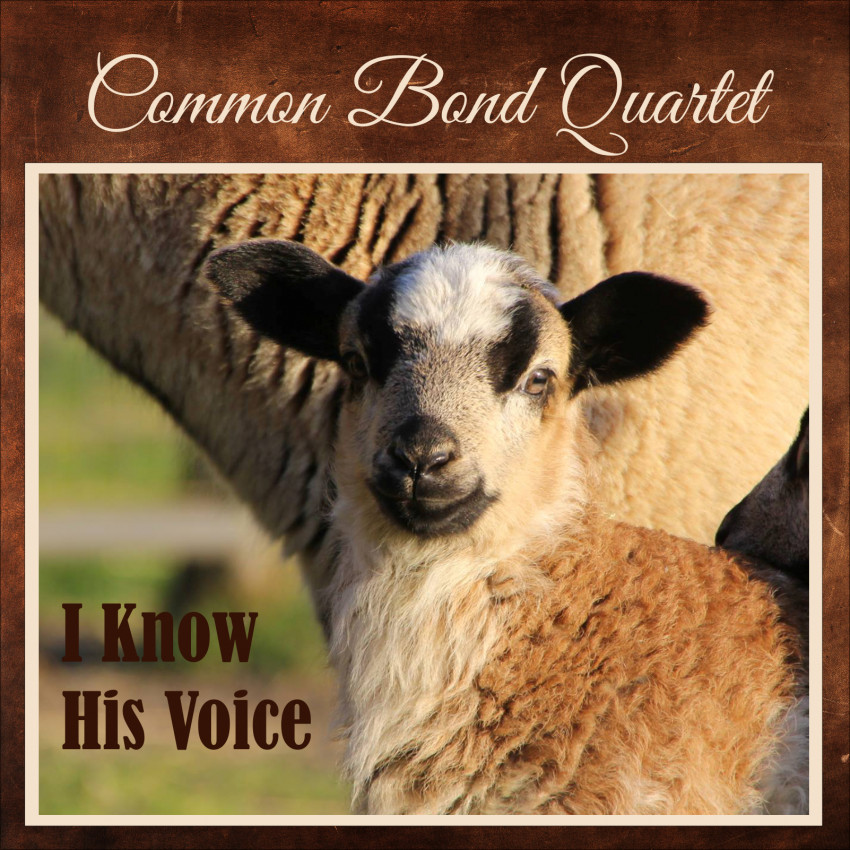 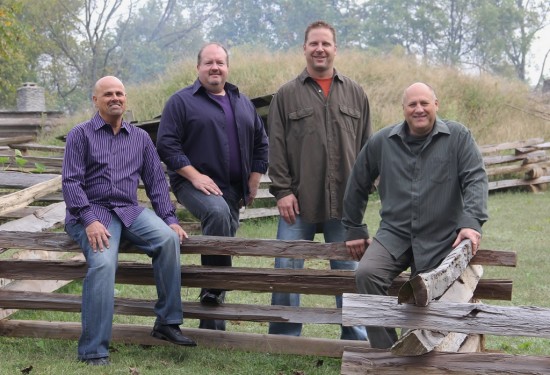 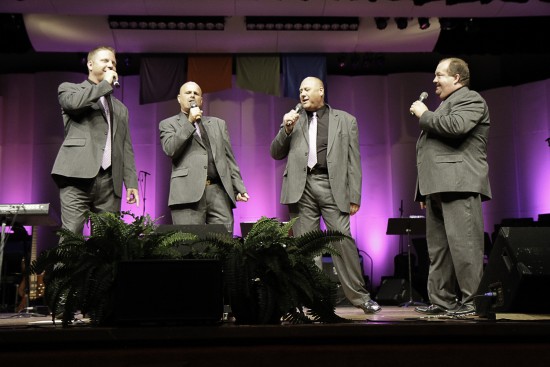 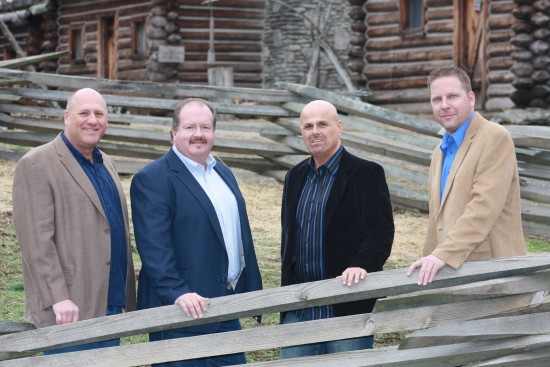 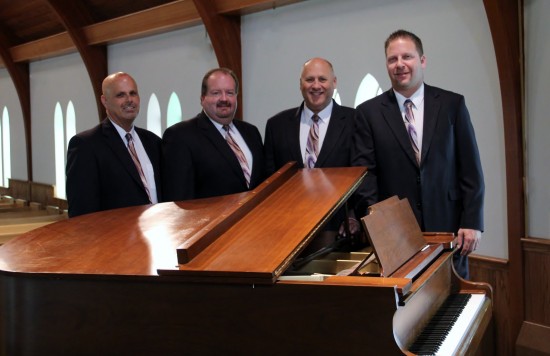 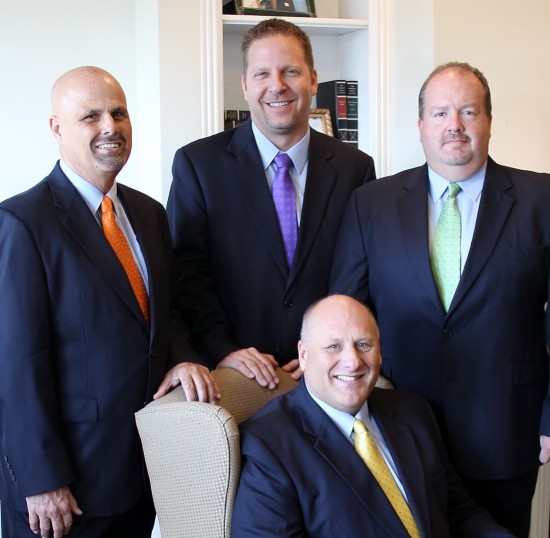 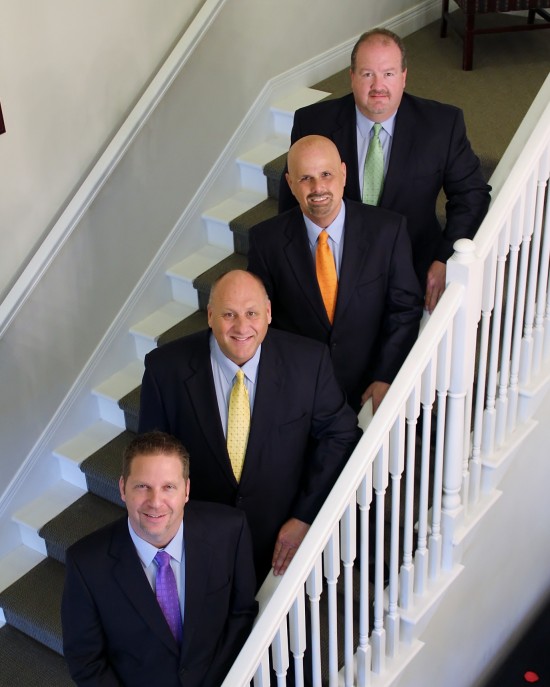 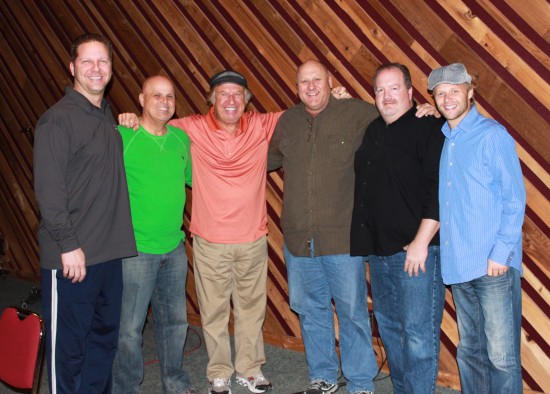 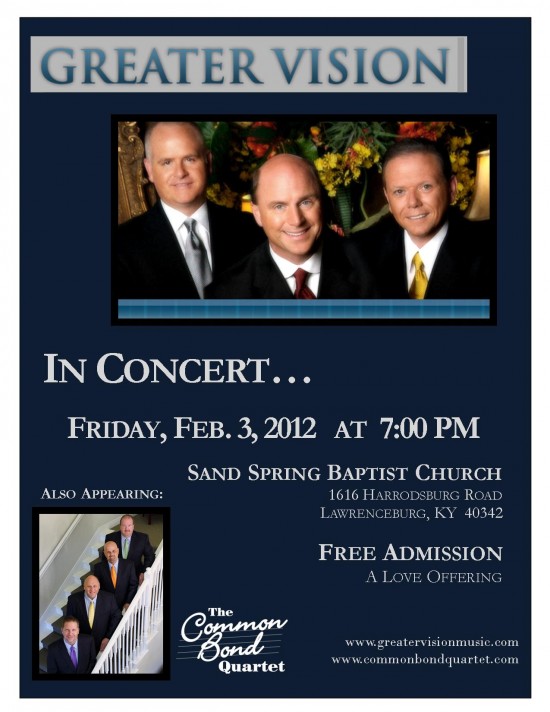 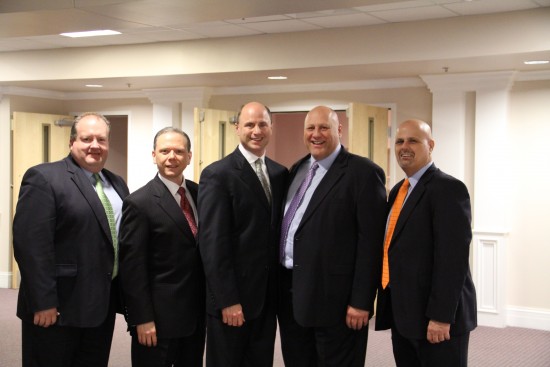 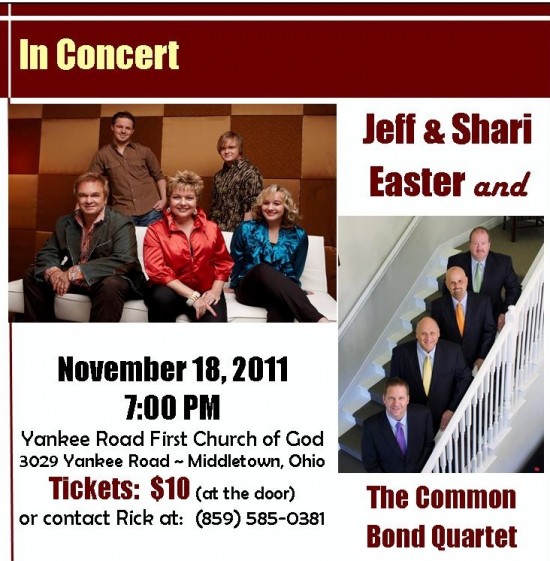 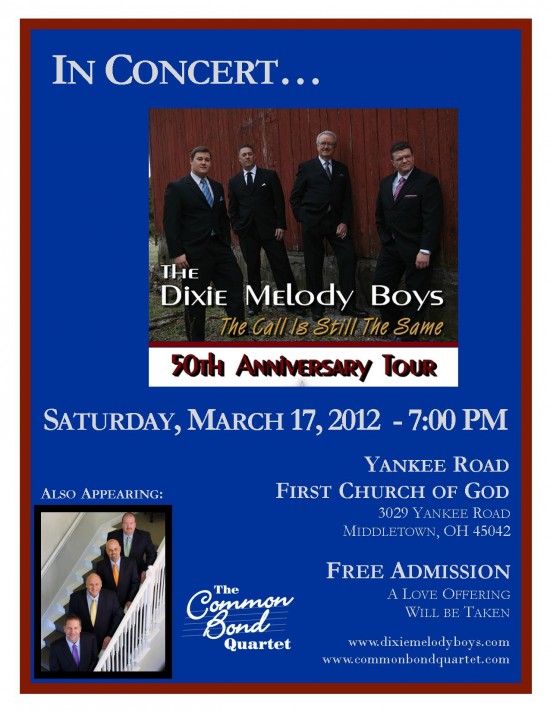 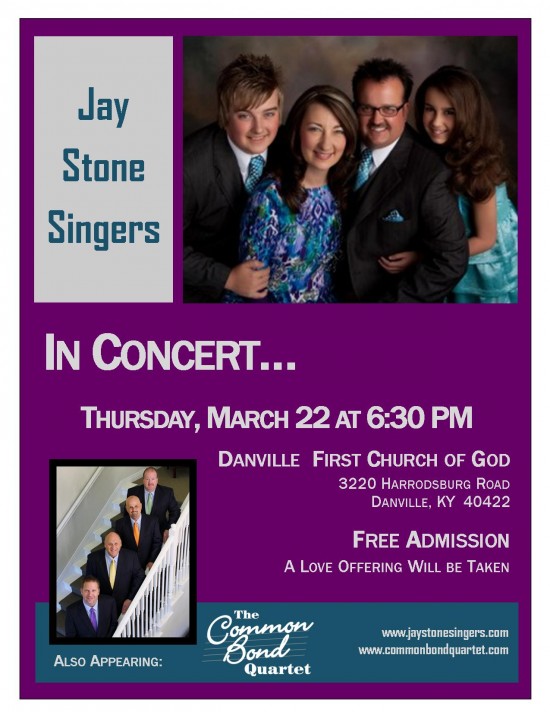 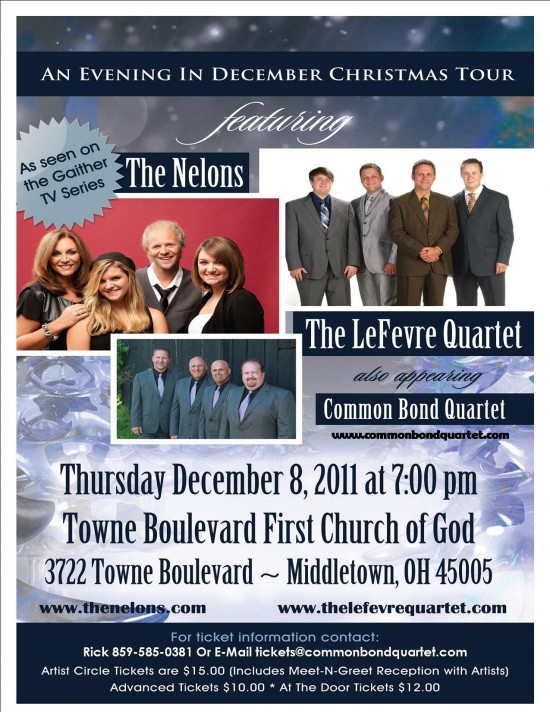 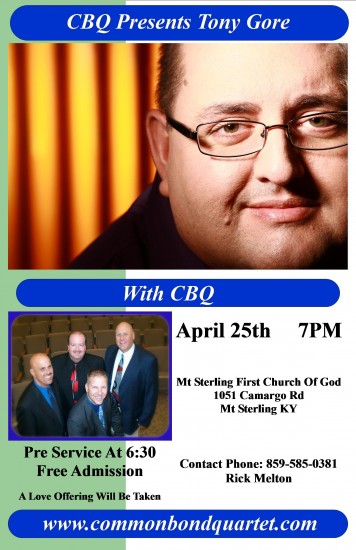 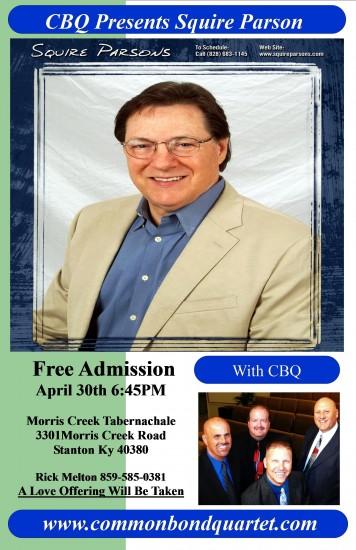 The Common Bond Quartet is a traditional Southern Gospel Quartet. We typically present a mix of songs, some of which will be familiar to those who follow Southern Gospel Music, and several selections which have been written BY us, or FOR us, and may be new to many listeners. Whatever the case, we hope the songs will be uplifting, entertaining, encouraging and maybe even a little convicting at times. One thing you will come away knowing, is that CBQ enjoys singing together, and we love singing and talking about our Lord and Savior, Jesus Christ. We recognize Him as the source of our joy, the giver of peace, the lover of our soul and our salvation! We look forward to sharing with you!

Common Bond Quartet was a blessing to our homecoming. They were very good and the songs were very appropriate for Wirt Baptist homecoming.

We definitely would love to have this group with us again. Pastor Troy Hedges

We, too, really enjoyed being with the warm folks at Wirt Baptist for their 198 Year Homecoming. What a rich heritage of faith and impact in a community! Already looking forward to returning!

What a blessing they were!

The guys were more than just a southern gospel singing group. Mike, Rick, Bryan and Kevin became quck friends. They are true gentelmen and great ambassadors of the Gospel of Jesus. Some groups have a charisma that show up on the tv or video screen but Common Bond has a Spirit that is best seen in person, A Sweet Sweet Spirit.

You can see they love what they do....

Common Bond understands the importance of flexibility, especially when working a concert venue with multiple groups. Professional, knowledgable, gracious, and a pleasure to work with....

90th birthday celebration for my Dad.

My sister and I were looking for a Southern Gospel Quartet to sing for our Dad's 90th birthday celebration. John Wells, from 770 AM connected me with Rick, from Common Bond. I taked with Rick and then gave the information to my sister, who lives in California. She was doing most of the planning. They worked out the time and schedule. We surprised our Dad. He and all the other family and friends (approx. 100 people) who came really enjoy the music by Common Bond. We had the celebration in a country church and they fit in well with eveyone. A big day for all of us!! Then we had a dinner, cake, etc. They were great.

The performance was held to celebrate my Dad's 90th Birthday

Everyone loved the music as well as each member of the group.
They were very friendly, personable, and entertaining.

When looking for a group for your next concert, do not look any farther! This talented group of men will not only sing with great harmony and talent but will always bring a great ministry with them. They will up lift the soul and minister to the lost!

When looking for a group for your next concert, do not look any farther! This talented group of men will not only sing with great harmony and talent but will always bring a great ministry with them. They will up lift the soul and minister to the lost!

The Common Bond Quartet was at our church in White Mills, KY this past weekend and I was absolutely amazed at their performance. I really could sense that this group definately was chosen to serve God this way and the way that they work together just amazed me. I would definately like to see them again.

The Common Bond Quartet came to our small country church in November and they were outstanding! Their musical skills are amazing, but more importantly, they were all warm and friendly, and I felt that they were genuine. We didn't have very many in service that night, but I feel that they still gave their very best performance. I would love to have them come back and sing for us again sometime! We are praying that God continues to bless their ministry and their families!

This wonderfully talented quartet of men gave concert at the Midwest Seniors Conference at Catlin Church of Christ on the above date. They are absolutely awesome! I would hire them again and again. They are great singers alone and together. They brought us a powerful message in song and word. I love them! I bought both of their CD's.

Execellent experience with Common Bond! These men are servants of our Lord with a wonderful Spirit. You can tell God has placed His hand on this ministry.

What a great time was had at the Central Ohio Church of God Ministers' Banquet. The Common Bond Quartet helped to make our event a great success. Their presentation was inspirational, fun and included a rich quality of musicianship. Thanks for serving the Lord with this ministry, Common Bond Quartet.

We invited Common Bond Quartet to our Church for a Morning Worship Service. They did a tremendous job--they made us laugh, made us cry, touched our hearts and gave us the joy of the Lord. After the service, numerous members of the congregation wanted to know if I had booked them for a return visit. They are truly doing the Lord's work in a mighty way!

The Common Bond Quartet is a group of men who have committed their time and talents to using music to present the gospel of Jesus Christ.. Their desire to serve God provides the foundation for their ministry. While they endeavor to encourage and uplift believers through word and song, their passion is to plant seeds in the hearts and minds of unbelievers as they seek to further the Kingdom. During a concert, The Common Bond Quartet will be sure to have you not only smiling, tapping your toes and clapping your hands; but you will also likely be challenged and encouraged in your walk with Christ. Worship led by The Common Bond Quartet will be an experience that we're sure will be a blessing long after the last note is sung.

RICK MELTON: Growing up in Middletown, Ohio, Rick loved music from the time he was small. However, he never sang before an audience until he was twenty years old and was asked to sing for his sister’s wedding. As a result of that performance, he was approached to join a trio at his home church—forming his first Southern Gospel Quartet. Rick attended Anderson University where he joined a trio and began touring on weekends. After college, his job and family obligations moved him to Mt. Sterling, Kentucky and Rick stopped touring, but devoted his time learning to play guitar and writing songs. Then about 20 years ago, he began singing with a trio in his home church in Mt. Sterling. The trio eventually (with a few additions and subtractions) morphed into the One Bond Quartet and the men sang together for several years. In 2009, through a series of God-ordained events, Rick started the group Common Bond Quartet.

LEE McCARREN joined Common Bond in January of 2018. Lee brings over 20 years’ experience singing tenor and playing drums in various groups. Prior to joining Common Bond, Lee was with The Ball Family (Covington, KY) where he started out as their drummer; but before long they discovered he was also a great tenor!
Lee's ability to play drums as well as sing tenor will add an extra dimension to the group. With Karen Tate Melton (alto) on the piano, Rick Melton (lead) on either bass or rhythm guitar, and Lee (tenor) on drums, the group is looking forward to being able to incorporate some fresh sounds and variety into their concerts.
Lee was born in Wilmington, OH, and currently resides in Blanchester, OH with his wife, Rebecca, their English Mastiff, Bailee, and their two Bichpoo Puppies! By day, he works as a purchasing agent for a Cincinnati area safety company. We are excited for you to hear Lee's exceptional tenor vocal.

RICK TOWE (pronounced Tau, not Toe) of Point Pleasant, West Virginia is the bass singer for Common Bond.  Born in Franklin, Kentucky, Rick moved to Point Pleasant, West Virginia in 1989 to answer a call to become a pastor.   One of his pastorates was at the New Life Church of God in Gallipolis, Ohio where he served for over 20 years. While in recent years, he has stepped away from those responsibilities, he continues to be an active member of New Life Church of God.
Rick has always loved Southern Gospel music; first singing with a trio at the age of nineteen.  Over the past 30 years, he has sung with several local groups; but always had the dream of singing bass in a male quartet and traveling on a more full-time basis.
Interestingly, Rick has been on the ‘other-side’ of the Southern Gospel industry having served for several years as a DJ and music director for Joy FM Radio and Faith Radio when they had studios in the Point Pleasant (WV) area. As a bi-vocational pastor, he was also a school bus operator.  Having recently retired, he is now free to travel, doing what he loves, and spending more time with his wife, Ginny. The couple has three married children and six grandchildren.

BOB MELFORD - On baritone is our newest member. He not only sings baritone, but is versitile enough to jump to lead, or even to the piano when needed! Bob is so versatile, we'd not be complete without him!
Bob was born in Colorado, but grew up in Minnesota and Wisconsin. He attended the University of Wisconsin at Eau Claire, Cedarville University in Ohio, and is a graduate of Maranatha Baptist University in Watertown, Wisconsin. Bob has served in several churches from Arizona to Canada as Assistant Pastor and Music Minister. He traveled with 'The Lighthouse Trio' (Canada), 'The Master’s Own' (Indiana), and 'Work in Progress' (Ohio). While most of the time, Bob's voice perfectly blends with the rest of the quartet (a baritone's job), when Bob lets loose on a solo part, you'll also feel the richness, power and scope of his musical ability.
Bob and his wife, Debbie, reside in Cincinnati, Ohio. They have five grown children and nine grandchildren.

CBQ typically travels in a tour bus, and therefore are able to provide our own sound system for events. Depending on the venue, and your needs, we are also open to using on-site equipment. Contact us to work out details for your specific event.

CBQ customizes its performances the venue, audience and time parameters of each event. Sets are constructed from the list of songs shown below. If you have specific selections that you would like included please contact us to make your request.

Project Title: God Made A Way (released 2014)
Do You Know Him?
God Made A Way
How Much More
I Love My Jesus
I’ve Been to The Cross
In His Hands
Shout Brother Shout
Steal Away
The Day Nobody Praised Him
This Is The Life

Project Title: “Hymns of Faith, Vol. I” - This is a “Heritage Project” that we recorded in response to a request from the Church of God (Anderson, Indiana). We have taken some of these classic hymns and recorded them in a refreshing Southern Gospel style:
A Child of God
Beautiful
He Lifted Me Out
I’m Going On
In His Love Let Me Hide
Pass Me Not / Lord, I’m Coming Home
The Church’s Jubilee
The Kingdom of Peace
The Reformation Glory
We Have a Hope

The men of CBQ understand and acknowledge that their relationship with Jesus Christ is the basis for their ministry. Each of them has been singing to share about God's love, forgiveness and promises for over 20 years - together, or with other groups.

Prefer to have stage cleared as much as possible..including removal of extra sound equipment, cords, etc.