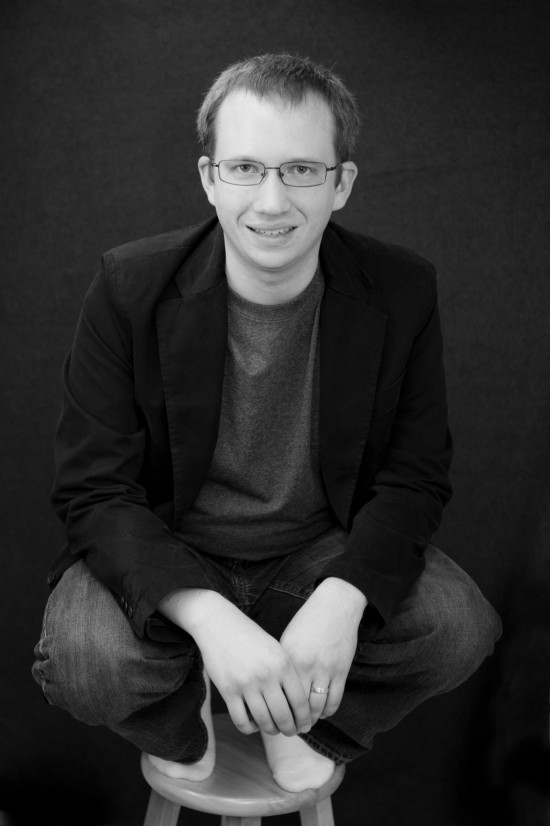 Since starting standup, DW has performed across the midwest, was a semi-finalist in the Joke Joint’s “Funniest Comedian Ever" Contest and competed in the 2013 World Series of Comedy in Las Vegas. DW’s material finds humor in everyday events and his recent marriage to an equally bizarre person. His fellow comedians have called his sets “Killer” and “Awesome” and has worked with such companies as E-group and 3M. DW's comedy has found its way to river boat cruises, holiday parties, wedding receptions, and much much more.

The group really enjoyed DW's performance. He provoked much laughter talking about every day things that the group could relate to. Routine was very topical and easy to relate to.

We hired DW for our corporate holiday party, and he did a fantastic job. We had a mixed age group that included children - which can be a very hard audience to perform comedy for, but he had us all laughing. We were so impressed with his good-natured flexibility and comedic skill. We highly recommend him.

DW did a GREAT job at our recent staff Christmas party. He had everyone laughing! His calm appearance makes it seem effortless. He has a great variety of jokes, and his delivery is very good!! We really enjoyed having him as part of the entertainment for the night, and we hope to have him back again in the future!!

My material is never offensive and can be family friendly upon request. I always include material specific to the event or organization for which I'm performing. Musical numbers may even be included if appropriate for the event and venue.

Originally from St. Paul, Minnesota, DW began performing in the 5th grade. This love for music and theater would continue in high school and would later lead to a degree in theater arts. After college, DW continued with his love for theater, both as an actor and as a writer. He has been in dozens of productions in Minnesota community theaters, and his plays have won several awards. While also pursuing a career as a Christian rap artist under the name, "Little Weasel" he recorded 2 albums and performed at churches and Bible camps in Minnesota, Wisconsin, and Iowa.

But all this time, DW kept a file of jokes on index cards in his room. One bright summer day, he realized that these jokes weren’t meant to remain hidden, and he began to tell these jokes in front of a microphone. In his comedy, DW opens up to the audience and shares his life as a semi-nerd with a receding hair line and a marriage to a woman as bizarre as he is.

Now, banker by day and comedian by night, DW has been seen at comedy clubs across the Twin Cities as well as corporate and private events. His interactive but non-abrasive style makes him perfect for any event from holiday parties to church fundraisers. DW believes that any event regardless of how big or small, is important, and he treats every show with the same level of respect and professionalism. Having been in the performance business for more than a decade, he understands that the way you conduct yourself on stage is just as important as your behavior off stage. DW’s main goal in life is to make people happy; from the manager of the club to the audience member in the back row.

For larger venues, a microphone may be required. Other than that, all other materials will be provided.

My style is a combination of all of the comedians I've watched and listened to, both local and international. Bill Cosby, Jim Gaffigan, Brian Regan, Ellen Degeneres, Lewis Black, Louis CK, George Carlin, Mitch Hedberg, and Jerry Seinfeld.