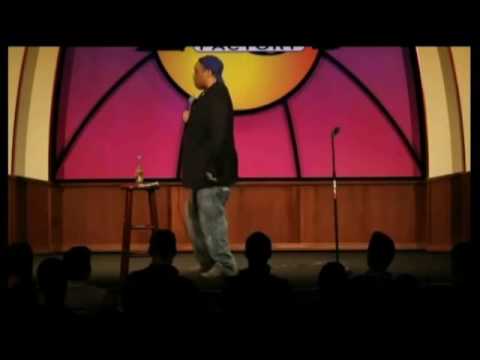 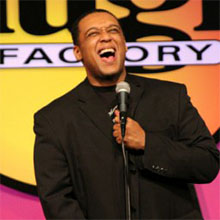 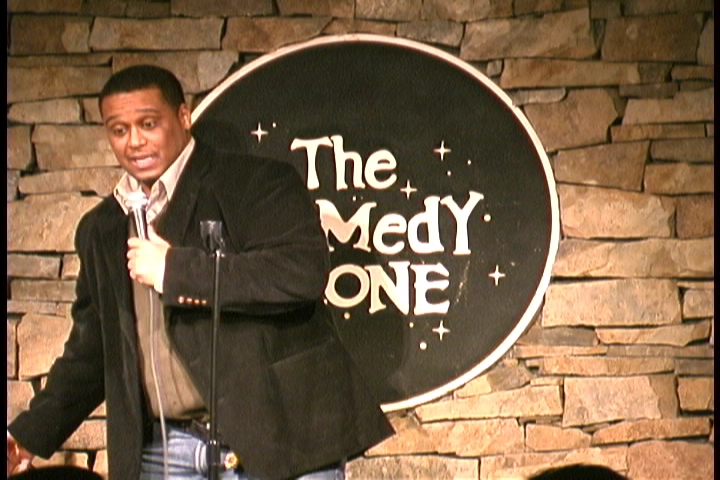 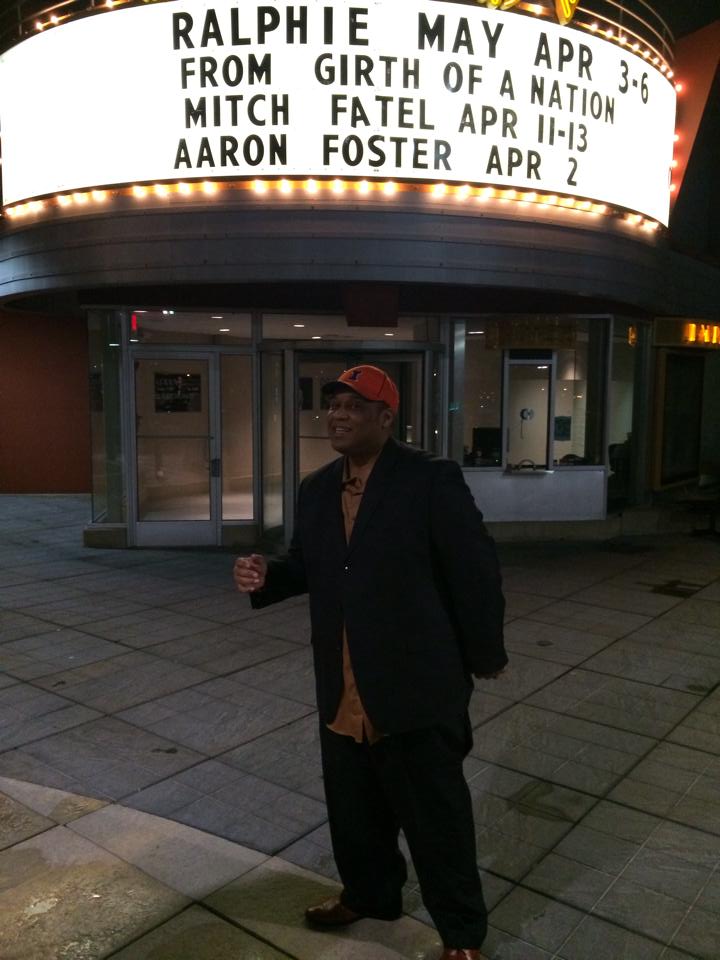 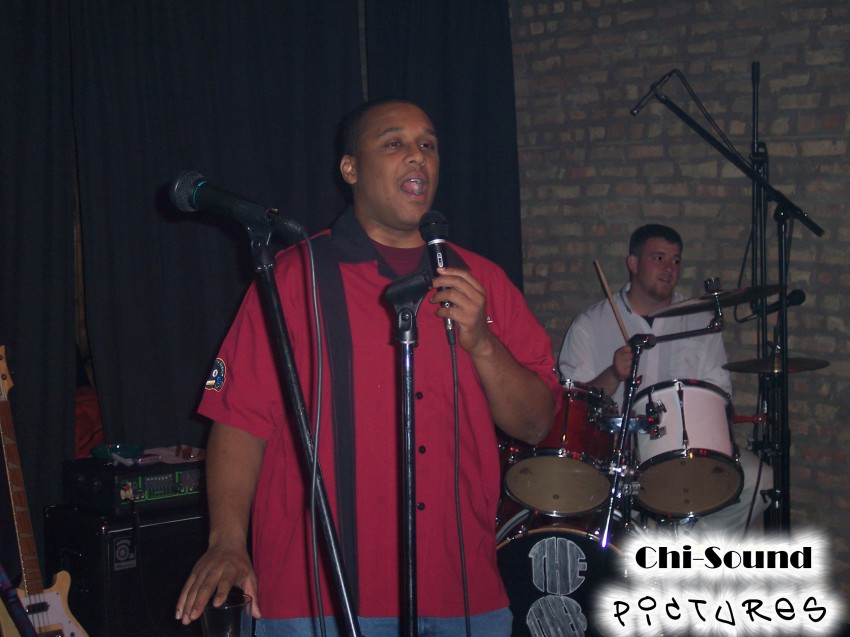 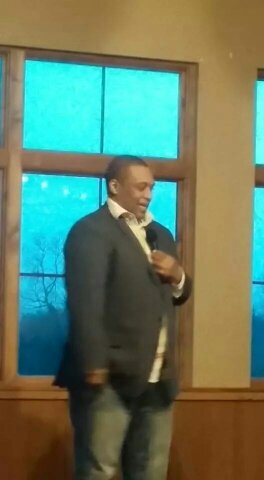 A native Chicagoan who spent his youth on both the north and south sides of the city, Aaron Foster later graduated from the University of Illinois, Champaign-Urbana with a BA. and as a member of
Kappa Alpha Psi, inc. Presently a touring headliner for many concerts, colleges and clubs.

Be the first to review Comedian Aaron Foster

If you like your stand-up comedy with a bite THINK (Mike Tyson in the 90s or Donald Trumps twitter on 2017-2020) and you get Aaron Foster. There is no topic this comic will not deal with and no joke too fresh or new or cutting for this guy. Not always politically correct nor always "RIGHT" but always entertaining and most of the time--HILARIOUS

Aaron Foster started his international tour through Canada and the US projected to visit the middle east later that year.

(link hidden)s’ 1st Ambassador to Comedy in Chicago and (link hidden)s experience consultant. One of the main personalities for the (link hidden) NEWSROOM app Aaron has gained international recognition.

Aaron was a contributing writer for W. Kumau Bell.

In 2014, Aaron performed well as a guest host on WGCI Radio Chicago and is part of a morning team on WVON.

2014 was the same year Chicago was named -Funniest City in The United Stated (USA Today Newspaper).

A native Chicagoan who spent his youth on both the north and south sides of the city, Aaron Foster later graduated from the University of Illinois, Champaign-Urbana with a BA. and as a member of Kappa Alpha Psi, inc. Presently a touring headliner for many concerts, colleges and clubs. Aaron discovered his love for comedy as an employee of the nationally recognized- All Jokes Aside Comedy Club and has performed in as many as 45 of the 50 states as well as three international countries.

2018 appearing multiple times on Chicago PD, Chicago MD and Chicago Fire Aaron has been a constant face. One of (link hidden)’s premier voice actors. A past co- producer and Co- Host of MANCOW TV and Radio from Chicago and syndicated in up to 76 markets internationally.

If you like your stand-up comedy with a bite think Mike Tyson and you get Aaron Foster. There is no topic this comic will not deal with and no joke too fresh or new or cutting for this guy. Staff Writer for (link hidden). In a world where too many so-called edgy comics are just hacks who use the f word to cover up unoriginal material this guy uses his sharp mind to shred whatever catches his interest, even if this is sometimes his own life. Producer of the World Acclaimed “We Love Obama Comedy Tour” Aaron has the ability to produce any tour in your venue. Aaron Foster is host and Co- Producer of The Biggest Stand- up Comedy Show in Chicago- The Nasty Show. The Nasty Show is every Saturday in The World Famous Laugh Factory- Winner of Chicago Readers- Best Comedy Club -2014. Aaron Foster is a very original and edgy stand-up comic.

2008 April edition of Chicago Magazine Aaron was interviewed as a featured story. (Page 78) In 1998-99, Aaron participated in the Canadian Mist, the Bud Light, and the Miller Genuine Draft comedy competitions. Winner of the Salem Orb-E Future Faces Competition in October 2000, Mr. Foster was awarded the opportunity to open, Jill Scott, Tommy Chong, D.L. Hughley, Dice Clay, Bruce Bruce and lotsa others. Aaron Foster was semi-finalist in the NBC based “Last Comic Standing”, a comedy competition that has grown to international acclaim. He was also a participant in the Las Vegas Comedy Festival- Play Vegas Semi finalist in 2007. Aaron has performed for the troops in across seas for the USO tour. A participant of the Atlanta-based LaffaPaloosa 2001 Comedy Showcase, the comedian was also featured as host of the Chicago underground hot spot Cosmos comedy lounge. Television credits include a Chicago- based television show Ben Around Town, NBC reality show-Starting Over, ABC “My Life As A Sitcom”. Aaron has been described by fellow comedy circuit regulars as artist who possesses that rare ability of bringing the gift of laughter to a racially and emotionally diverse crowd. Quoted as being one of the best performers ever seen by fellow Chicago comedians. In a recent interview with the talented entertainer, the Chicago Defender asked the artist, “Is laughter the key to breaking down still existing racial barriers”? Foster answered, “laughter is the key to harmony”. Aaron’s hilarious style reflects stories of learning to ease racial tensions, find love and deal with familial dysfunction. All stories are disguised in hilarious high energy stories. This comedian has unparalleled range in topics also. His topics range from animal relations, politics to celebrity gossip. The list of welcoming club environments includes The World Famous Laugh Factory, a large contribution from Heffron Entertainment- (Comedy Zone), Summit Comedy, Funny bone and The comedy goliath The Improv

•Aaron Foster is a high-energy, creative and engaging comedian who has been honing his skills and act for over ten years.
•Aaron builds his jokes to take people on an adventure into his obscure, boundary pushing comedic world. He delves into interpersonal, pop-culture, the black experience and racial relations - Aaron challenges himself and his audience to think and laugh at the absurdity of the human experience.
•His goal is to have fun and push people’s mindsets to think about things in a different light, allowing them to laugh at the hilarity of his conjured situations.

I just need a stage and a microphone (and my deposit)