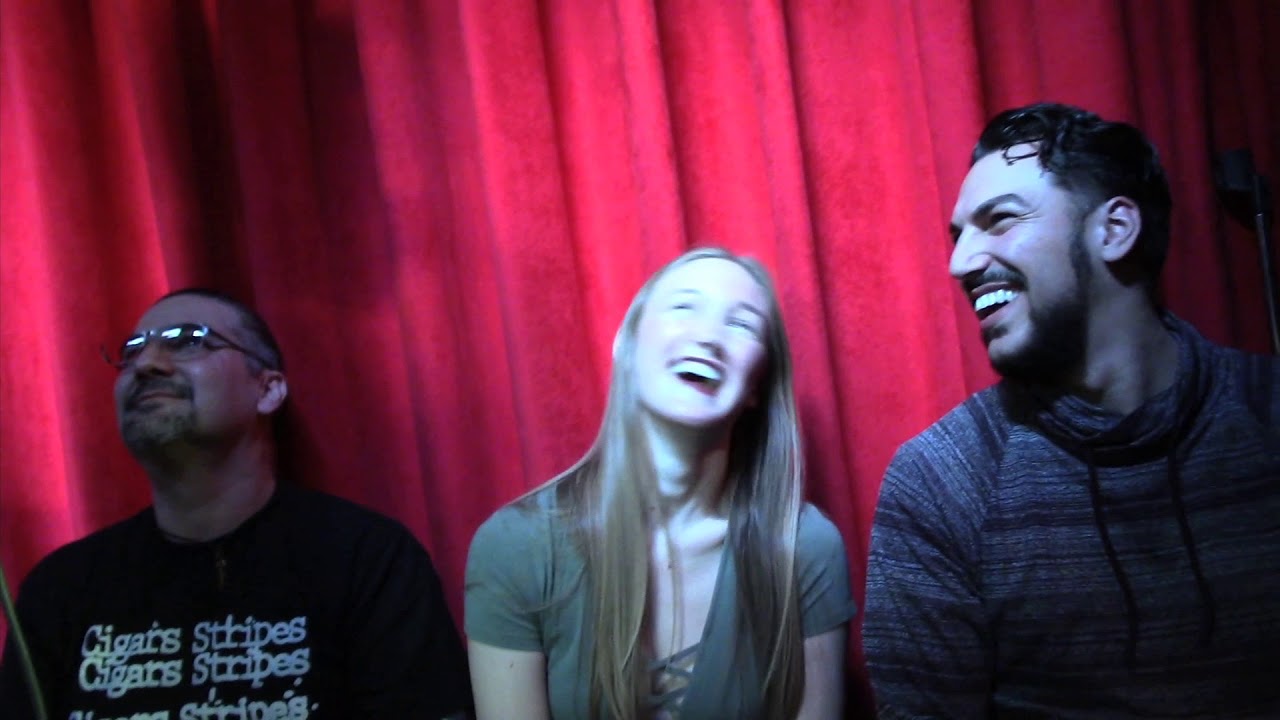 Clean Version of the Screwlywed Game! Perfect for office parties and family events! 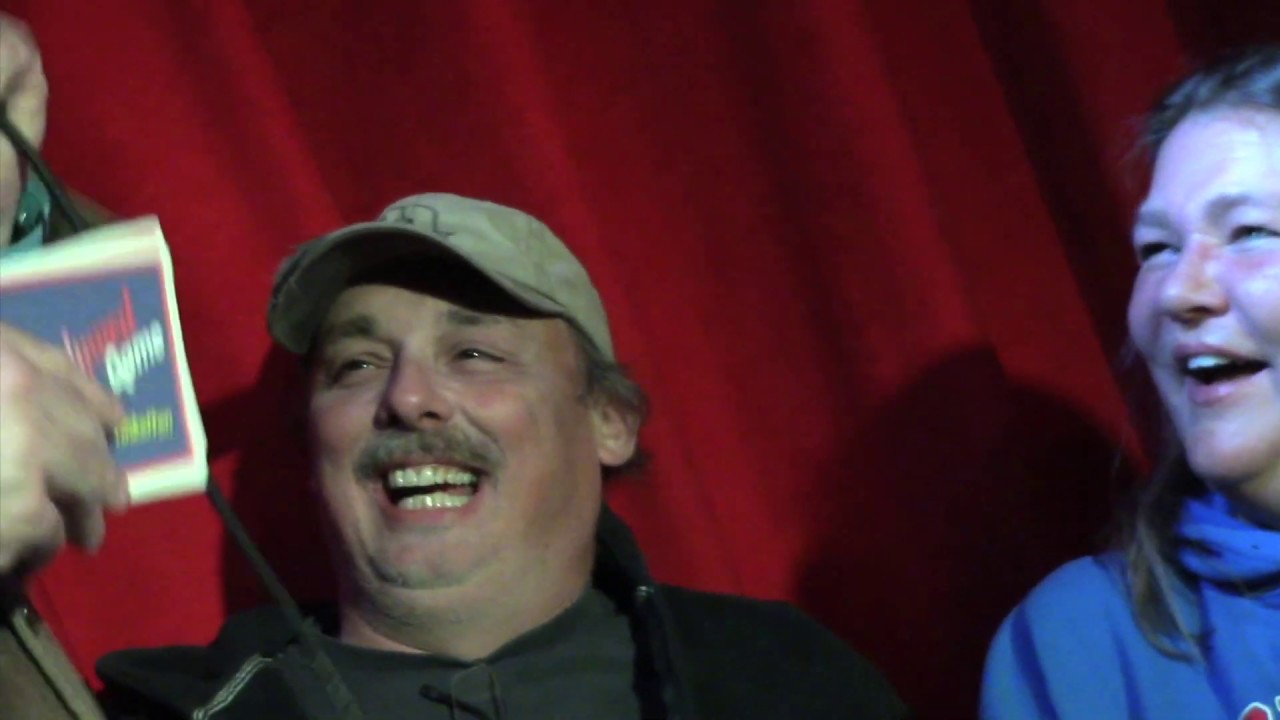 Daryl (as time-traveller Bink Winkelton) hosts the adults-only version of the Screwlywed Game! 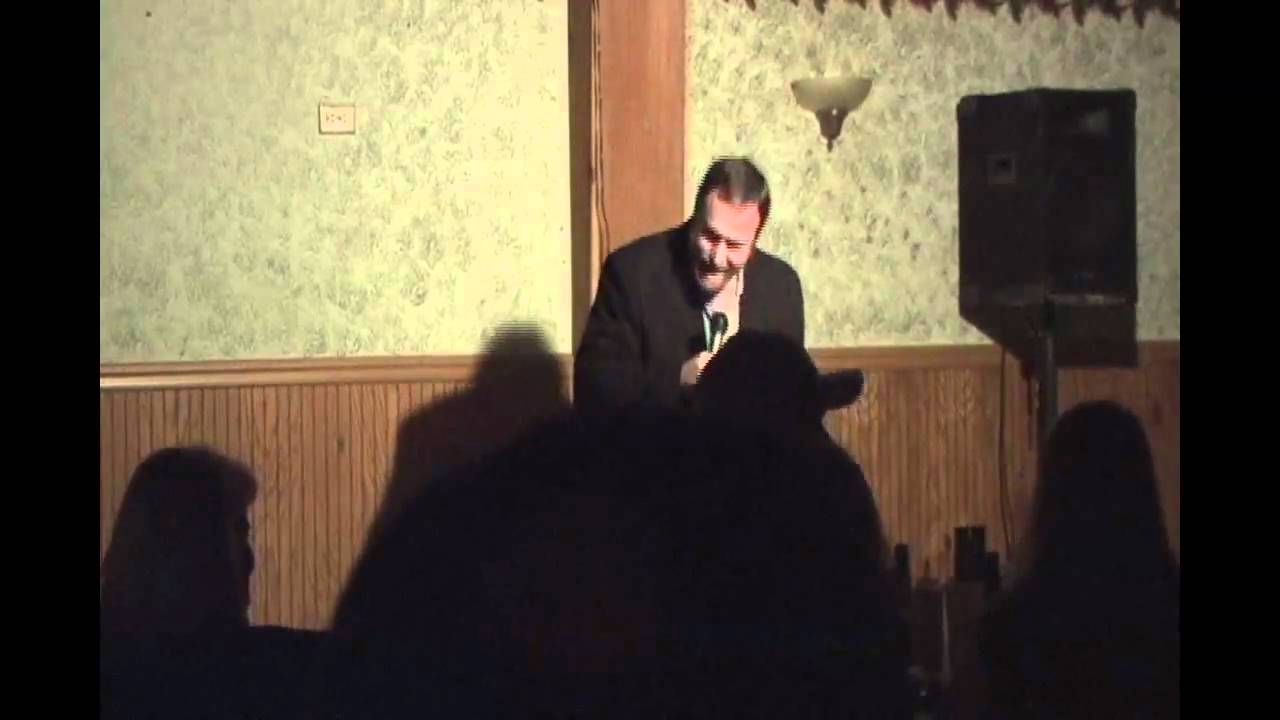 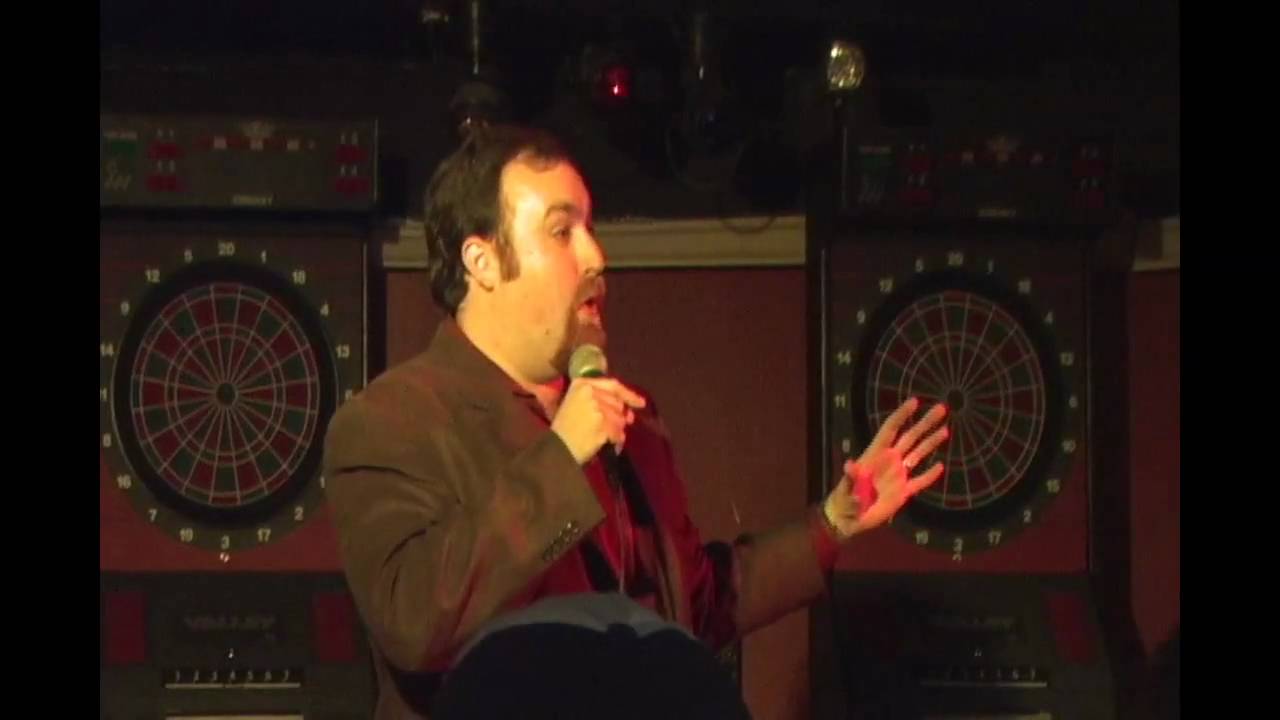 Everybody Poops (Not Safe For Work) 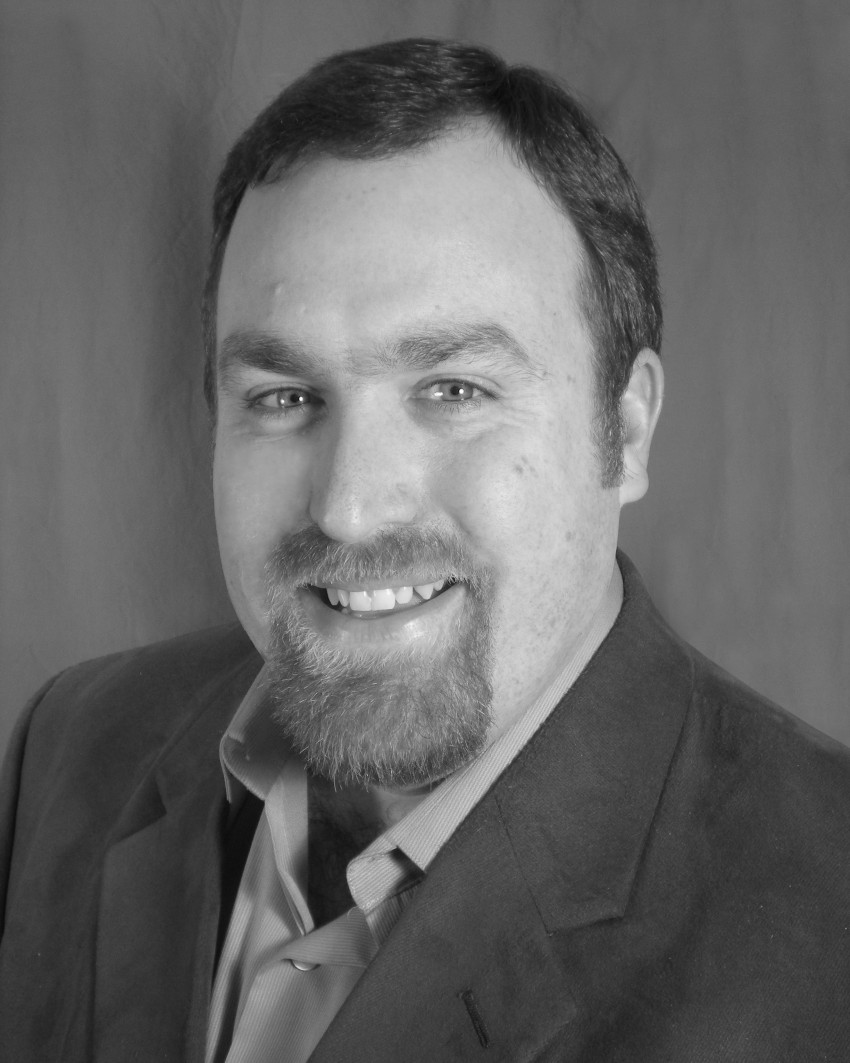 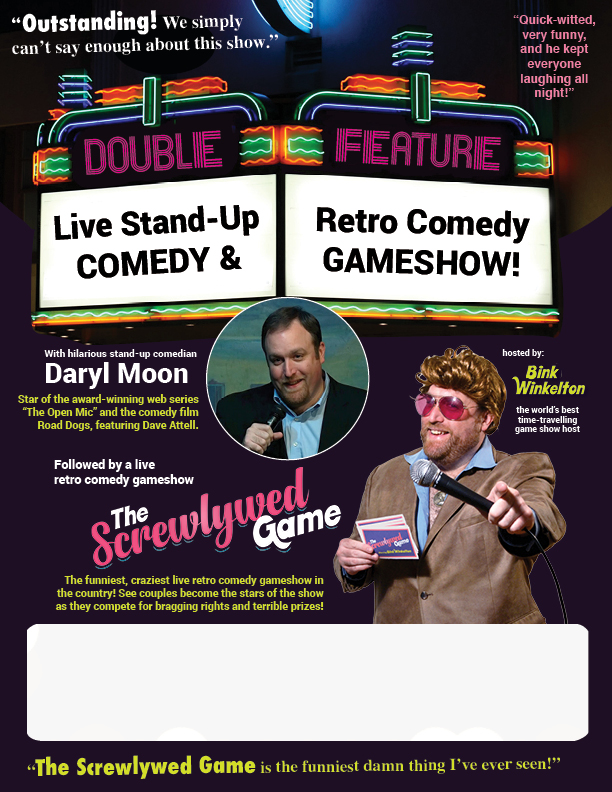 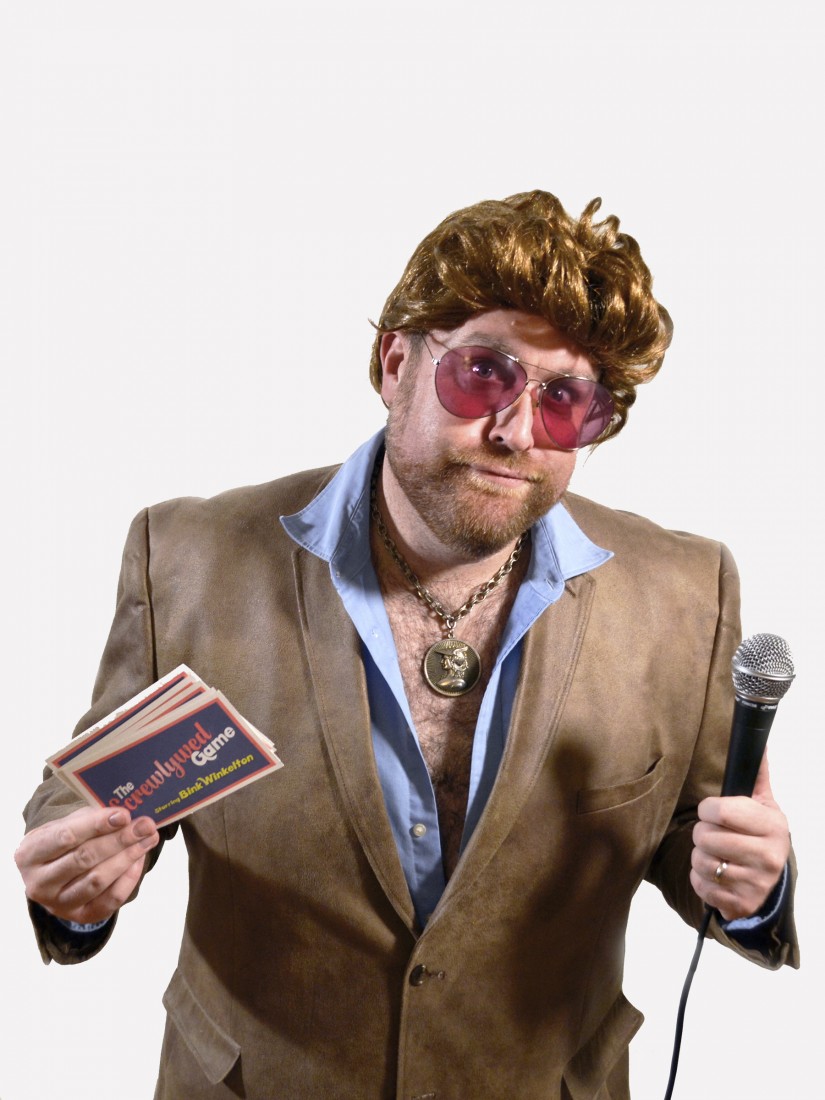 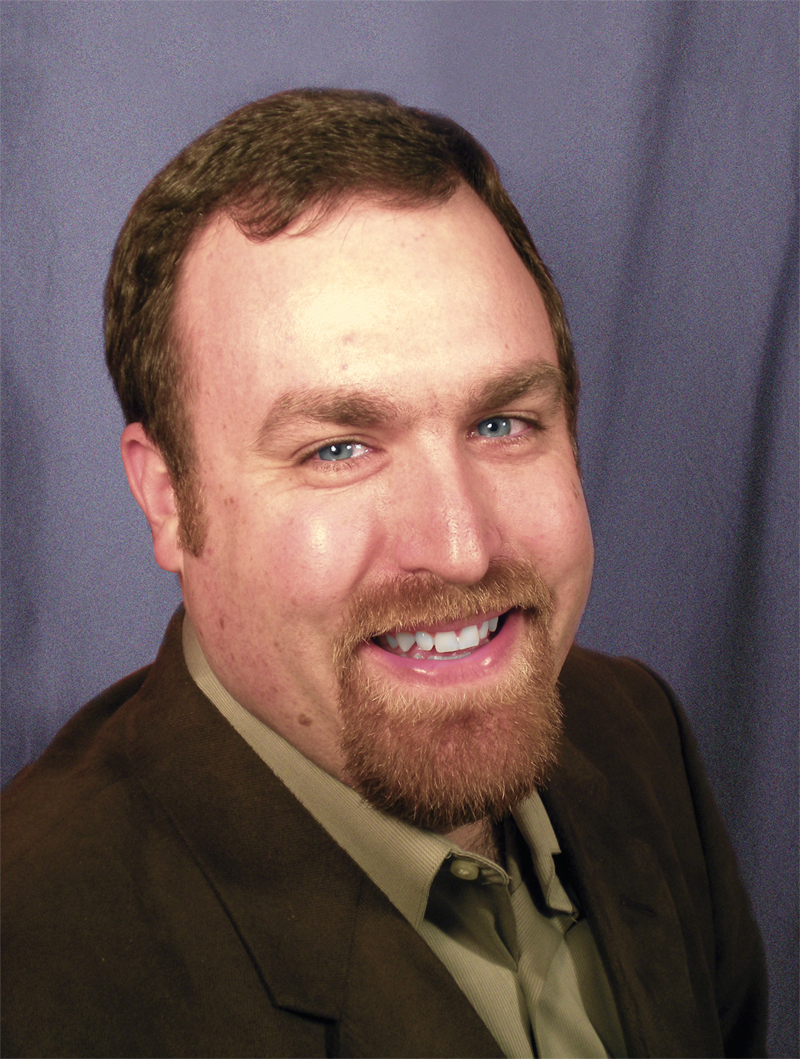 Hilarious, experienced, and (mildly) good-looking, Daryl Moon is the comedian you've been looking for!

As an Army brat, Daryl's been around the world - from humble beginnings in a trailer park in Wisconsin to a very humble apartment in Chicago (along the way living all over the US and in Germany).

He's since performed comedy across the country, worked as a professional wrestling ring announcer, and appeared in the comedy film "Road Dogs" with Dave Attell of Comedy Central fame. For crowds big and small, from the craziest roadhouse bars to the biggest stages, Daryl is sure to please even the most discerning audiences!

I would recommend Daryl to everyone! He was on time, professional, made everyone laugh and stay engaged. We are in a small town and a smaller group and he was very entertaining! Thanks for the great show Daryl - everyone thought the Screwlywed show was a hit!!

Thanks, Kim! I had a blast at the show, and I'm glad everyone else did, too. All of the contestants were great (even the surprise replacement couple). Thank you again for letting me be part of a fun night. Hopefully I'll get to make it up your way again soon!

Great time. Daryl arrived early for event. Set up quick and mingled with the crowd. Everyone had a great time!!! I received many compliments from attendees regarding how much fun they had.

I had so much fun with everyone there. Thanks for letting me be part of the party!

High Praises from all

I thought Daryl did a great job, but more importantly, upon my return to work after our company event, I heard the 5 star reviews from staff too. Lots of laughs!

Thanks, Tina. I had a lot of fun and it's great to hear everyone else did too!

Brought the evening together and made it an incredible event

Daryl was very thoughtful in putting together our event. We asked him to host trivia and family feud games at our wedding, in addition to lending his equipment towards the ceremony and announcing the event. Even though he had never hosted family feud before, it was a huge success at our event, due largely to his flexibility and willingness to try this out. The family feud lasted an hour, and Daryl was able to keep a large group (~30 people) engaged and participating throughout the whole time. Daryl was also a great trivia master during our dinner, seamlessly popping questions in over the course of our dinner in a way that allowed people to still continue their conversations while also participating in the game. He graded all the answer sheets and announced a winner at the end, all within a very short timeframe. His sound system was perfect for our outdoor wedding of around 115 people, and he was able to move it from outside to the indoor portion of our event in only about 15 minutes.

Overall, I would highly recommend Daryl. He will bring spontaneous comedy, audience participation, and thoughtful attention to detail to your event. He absolutely made our event a success.

Thank you again so much for letting me be part of your wedding. I'm so glad everything went well, and I hope the absolute best for you both and your relationship! Congratulations on a beautiful start to your marriage!

Daryl made us laugh! He arrived ahead of schedule. He was dressed appropriately. His material was relevant and incredibly funny. Daryl also spent time with the guests during dinner and after his show, as I had requested. He is very pleasant, but above all he is Funny!

Thanks, Laurie. It was a ton of fun hanging with everybody, and congrats on a great 2018!

Darryl’s show was extremely fun and entertaining!! Out entire group enjoyed it.

Thanks, Mike. I had an absolute blast performing at your party. You are a fun group!

Another Awesome Show By Daryl

Daryl killed it again with both his stand-up and his "ScrewlyWed" gameshow. He performed for 100 friends and family members had everyone's attention. Daryl knows how to read an audience and is quick on his feet in keeping people entertained. Highly recommended!

Thanks for the review! It was great seeing you again, and I'm glad everyone had a fun time!

Daryl has worked across the country in countless bars, nightclubs, casinos, and comedy clubs. In addition to being an award-winning screenwriter and filmmaker, he was also once named the Funniest Person in Iowa! So you know he's the best!

I can bring along the sound equipment needed to make a great comedy show!