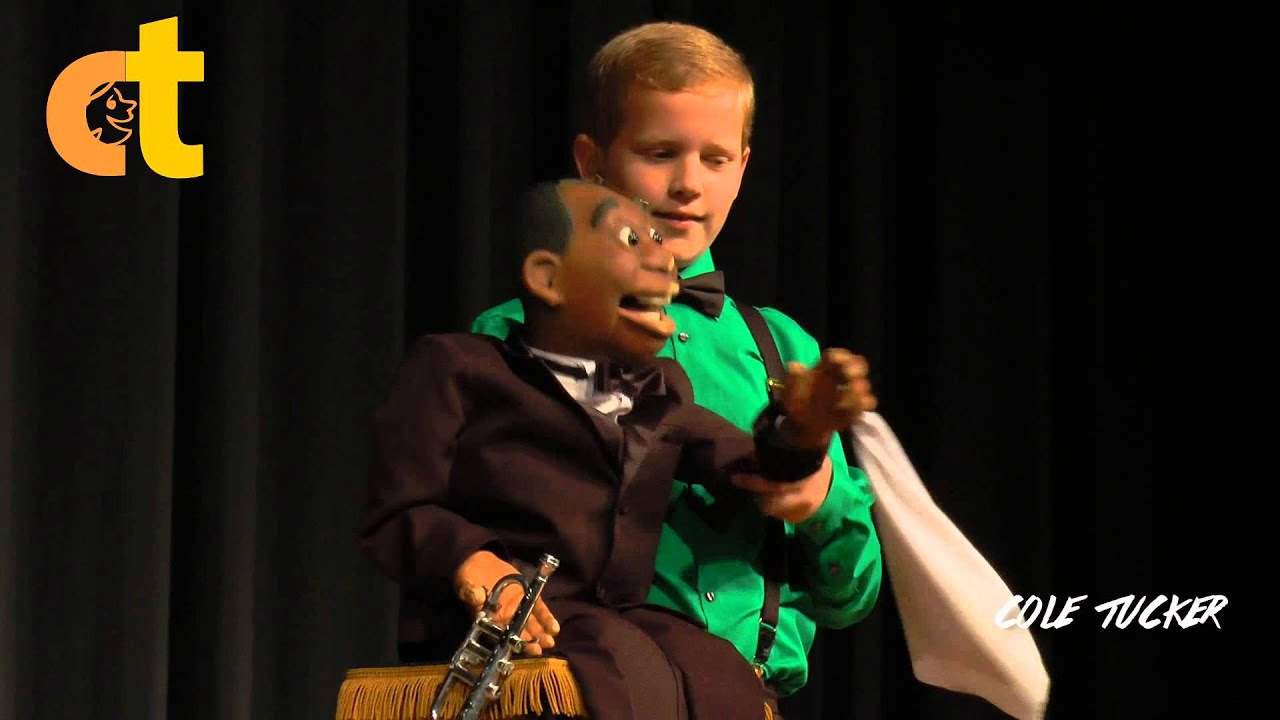 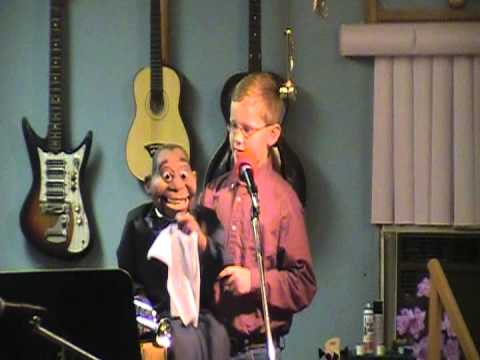 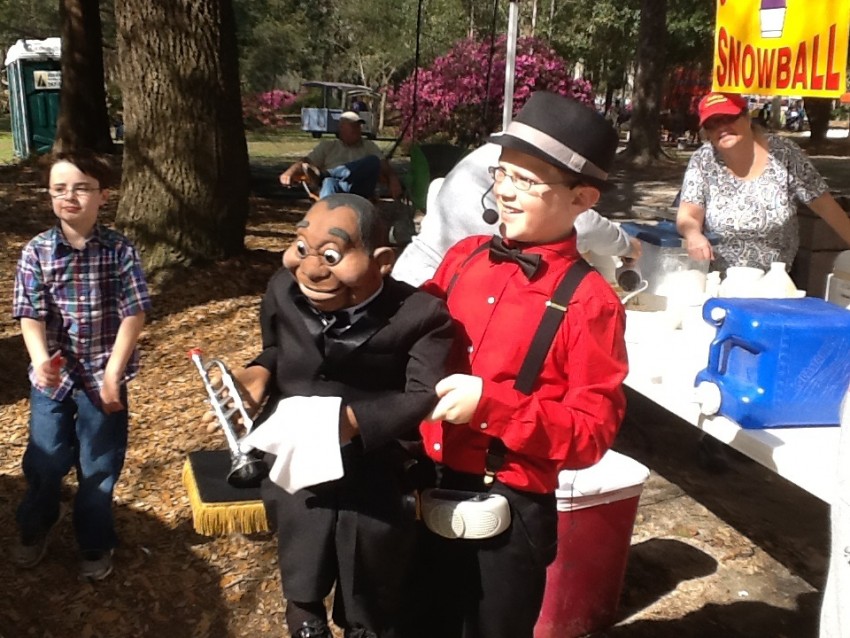 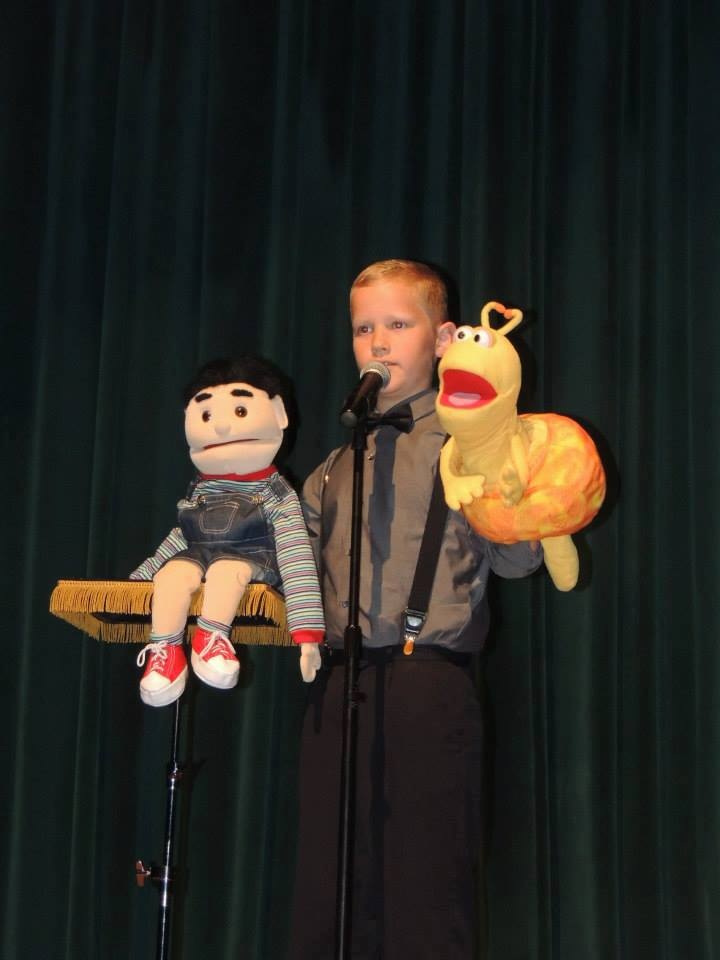 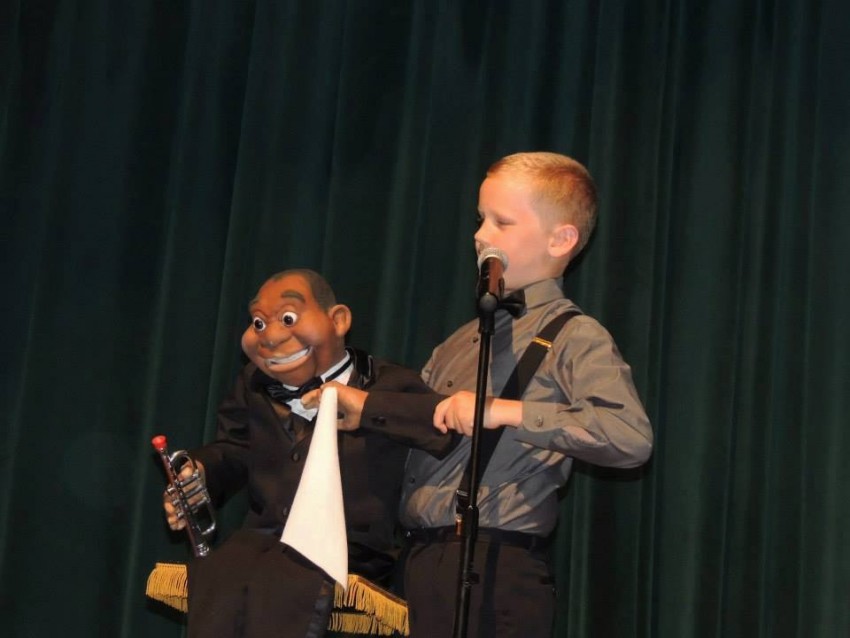 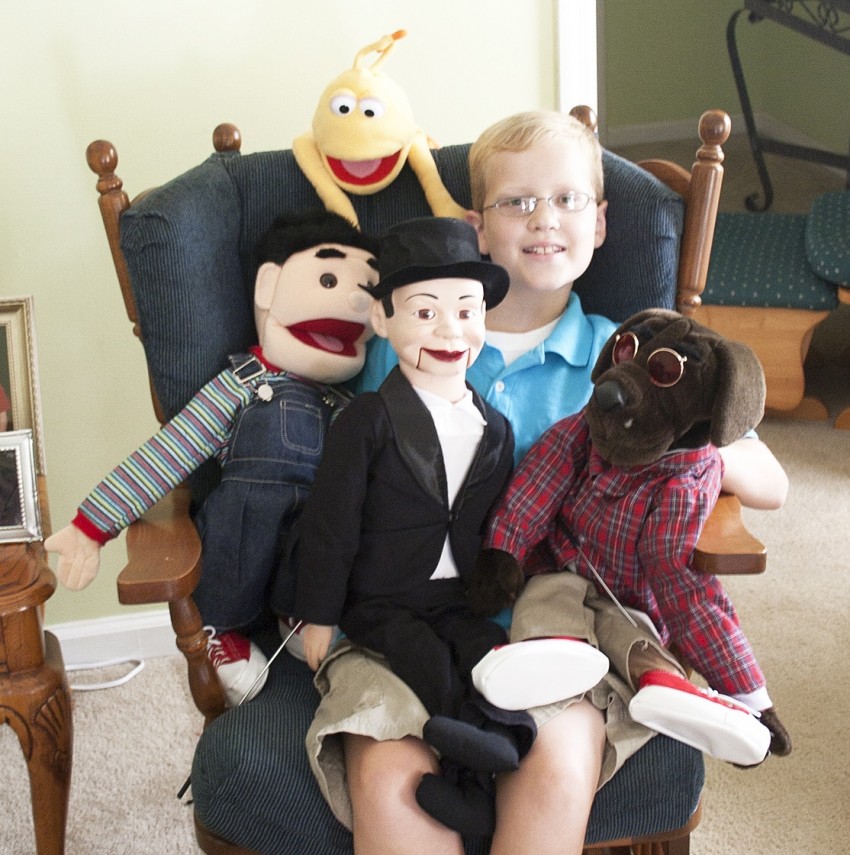 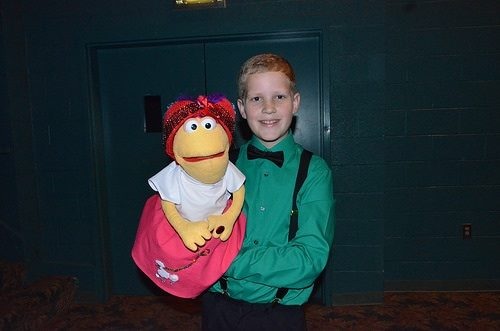 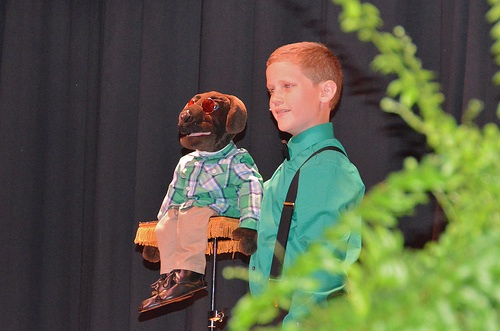 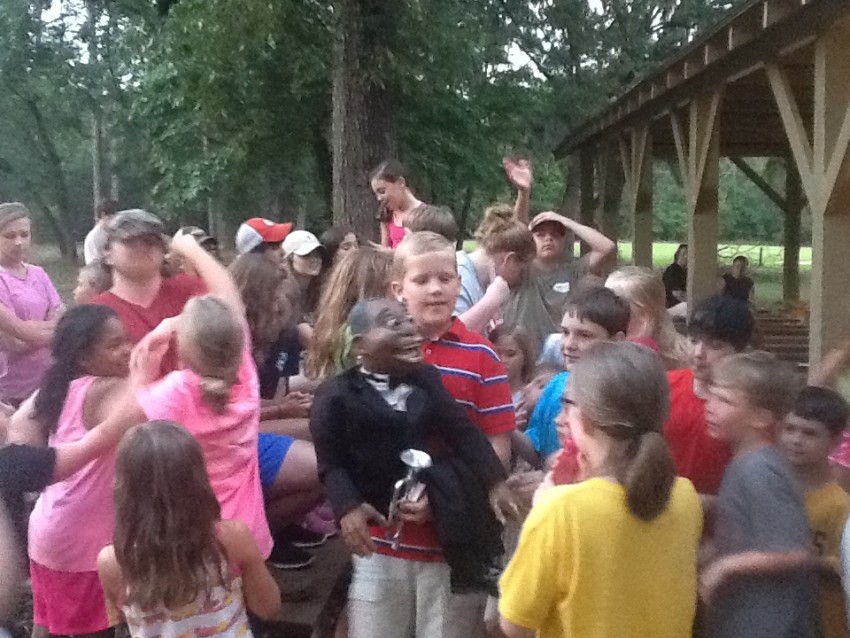 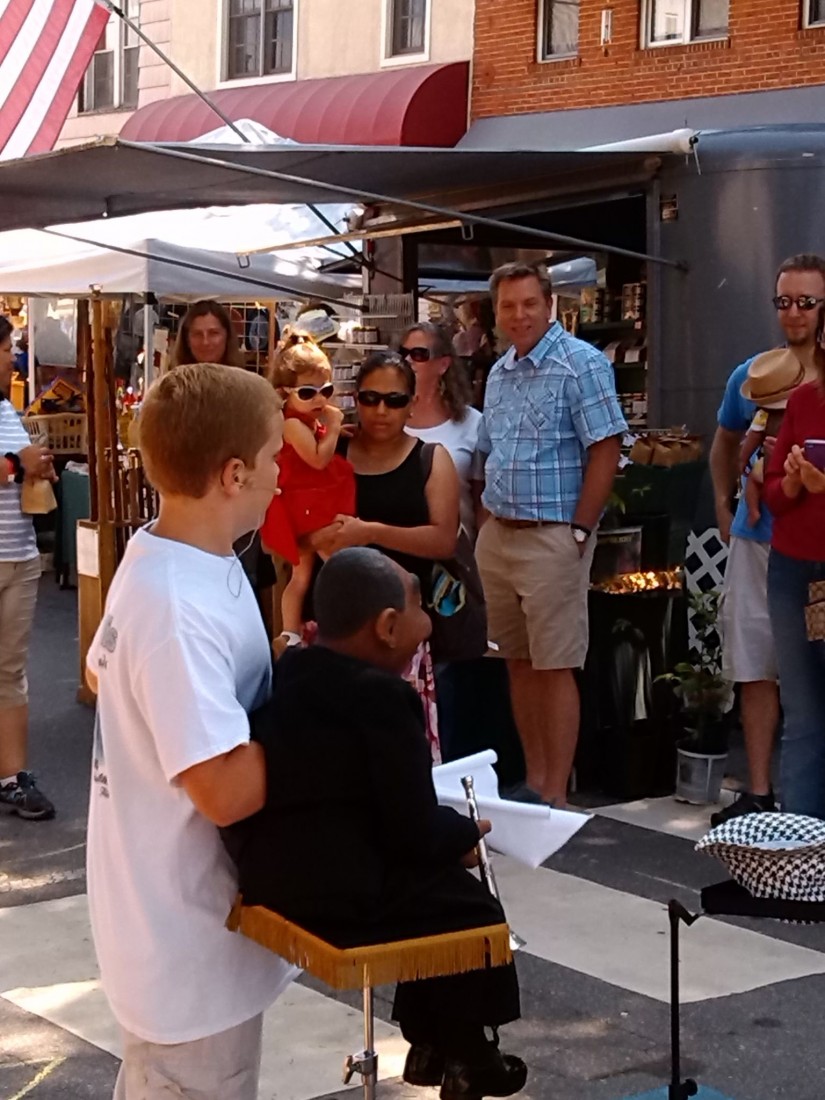 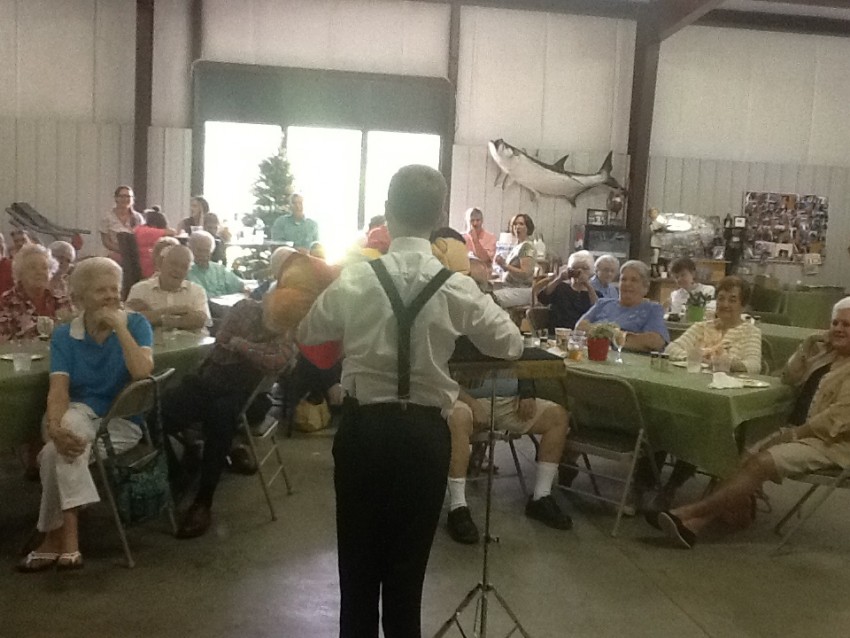 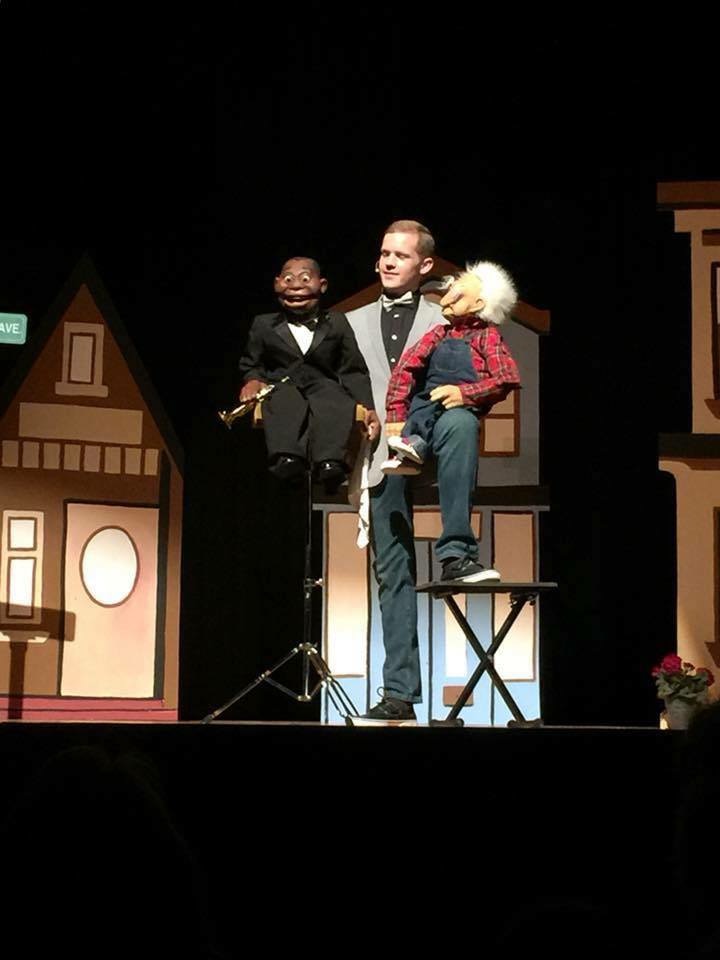 Cole Tucker is a 17 year old singing ventriloquist. He performs at parties, festivals, reunions, country clubs, etc. Cole uses 7-10 puppets in his show and each puppet sings. Cole's show is 30-45 minutes in length and it is family friendly and very entertaining to audiences of all ages. Cole will perform as many shows in the day as you need.

Spectacular! This 12 year old drew a crowd everywhere he walked. Very talented and entertaining for all ages. He did 30 minutes shows all day and between shows he walked all over the festival grounds drawing people to him with his talent. We had people ask where he was located so they could see him again. This up and coming artist will definitely be on a marquee as the main event very soon. We hope we can get him back next year but by then he may be in Las Vegas giving Jeff Dunham competition. We loved him!

After seeing Cole at different venues, we invited him to our Red Hat meeting. The ladies loved him, and we are going to be having him return this year. I had seen him in Valdosta at an Alzheimer care giver event, and also at the Hahira Historical Society. I feel that this young man is just beginning a wonderful career.

Cole is amazing. He had everyone laughing and everyone had a great time. You can tell he loves what he does. I would recommend him to anyone old or young.

If you hire me for your entertainment needs you will have a fun and entertaining event.

Cole Tucker is a 12 year old singing ventriloquist. He has been performing ventriloquism for 4 years. Cole brings his puppets to life and they will talk and sing to you. Some of Cole's past achievements are 2012 winner Terry Fator Scholarship, 2012 winner Valdosta's Got Talent, 2012 audition for America's Got Talent, 2013 winner Axtell Puppet Challenge, 2013 winner Cloverleaf Variety Show, 2013 winner 4-H DPA( performing arts). Cole attended the International Ventriloquist Convention in July 2012 and July 2013 in Cincinnati. Cole was selected to perform at the NACAA conf. in Mobile, Al July 2014. Cole performs at parties for all ages, reunions, festivals, country clubs, etc.

Cole's act is self contained, he provides all equipment.