I perform a wide array of original Folk/Singer-Songwriter Tunes that are suitable for general audiences, and are great conversation starters. My performances are reasonably priced and great for casual gatherings, house concerts, or adding something extra to a special event. I have a flexible set list that I can adjust based on the event and audience feedback. I can provide my own sound system for a larger room/event, play unplugged for more intimate settings, or walk among the crowd and play for smaller groups amid a large gathering. My singing voice is often compared to James Taylor or Gordon Lightfoot, depending on the song, but you are welcome to listen online and decide for yourself.

Be the first to review Clumsy Fingers

Since I started playing guitar later in life, I do not play cover songs, but I generally have plenty of original songs to satisfy any audience. I offer either a one hour performance or two 45 minute performances with a short break in between. I am comfortable plugged in and standing behind a microphone signing to a seated crowd or passers-by who stop to listen. I am also experienced at playing unplugged at smaller venues and at walking among a gathering and stopping for smaller groups and coming up with a song that fits their interest. I prefer events where I am able to interact with the audience and feed off of their re-action.

I have been actively songwriting for over 20 years and have written hundreds of songs. Over that time I have also been attending open mics on a regular basis gaining feedback on which songs people relate to. I have taken the songs that have evoked the greatest response from the audiences and worked on those to improve them. What you can expect is a heartfelt performance of well crafted and time tested songs with a quick and insightful introduction to many of the songs. If you like listening to songs with meaningful lyrics that touch on a variety of topics, then you will enjoy listening to Clumsy Fingers.

I have my own sound system which I can bring if desired/required and which is sufficient for an audience of about 75 people. I just need an electrical outlet and a relatively small performance space for myself, my guitar, a microphone stand, a monitor, and 2 speaker stands

I play strictly original folk/singer-songwriter songs. I do not play cover songs. I have two studio albums under the band name of Clumsy Fingers that you can preview on CD Baby, YouTube, or a number of other online music services. I can also point you to my personal website where you can review a series of additional demo quality original recordings

Refer to notes\technical info. If you are supplying a PA, I need a vocal microphone and stand and an XLR (microphone type) connection to plug my Taylor guitar into 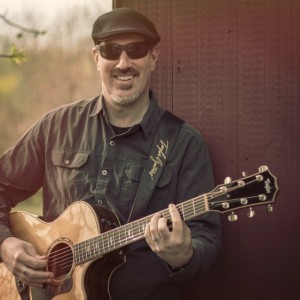 Jessica A. said “We had JT play at a surprise party that was held at home. He was a kind person, and very conscious of his audience and volume of voice being in this kind…”

Christine M. said “I hired Jeiris for my husband’s 50th Bday party. I can only say he was awesome and a perfect fit for our small event. Came early to set up, played requests,…” 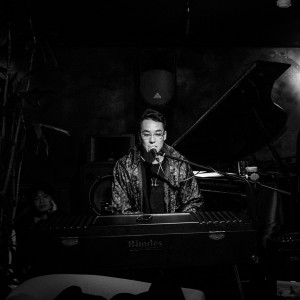 Ben . S. said “He was super courteous and professional and easy to communicate with. All night we had people coming up and asking us where we we found the musician!…”