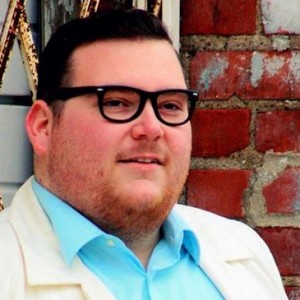 Clinton blends the sounds of his old soul, country roots, & gospel upbringing to create music that soothes & excites! His talent has taken him to countless venues & provided amazing opportunities for him to grow into the respected artist that he is today.
Most notably, Clinton served four years as an entertainer, emcee, & producer at the Renfro Valley Entertainment Center.
His self-produced concerts have sold out numerous concert halls across Kentucky & his 2014 album "I Am Free" is still at the top of local music charts!

The residents really enjoyed his singing, they are already requesting to have him back!

Thank you so much for the kind review! I had such a wonderful afternoon sharing my music ministry with everyone there at The Willows. I hope to return again soon!

Clinton is a seasoned singer, songwriter, and guitarist. Since his first note in a small country church in front of a small country crowd, he has had the honor of performing at some of the world’s most famous venues; Nashville Palace, Lincoln Jamboree,Renfro Valley, and the once grand but always treasured Little Nashville Opry to name a few. He has had the pleasure of sharing the stage with many of country music’s biggest names; Darryl Worley, Tracey Byrd, Clint Black, Chuck Wicks, Gene Watson, Ronnie McDowell, Leona Williams, and many others. During his career, Clinton has been given hundreds of awards and titles such as Male Vocalist of the Year, Kentucky Songwriter of the Year, and he has been awarded a Kentucky Colonel. You also may have heard and seen him in Disney's "Secretariat". In the film, Clinton sang "My Old Kentucky Home" and had a small role as a reporter. Clinton is now in his second season of being a full time performer at the legendary Renfro Valley! Clinton doesn’t just spend all his time with music. He is active in efforts to spread awareness of and find a cure to Alzheimer’s disease. He also supports American veterans by holding concerts throughout Kentucky and performing annually at the Kentucky All State Veterans Reunion. In his free time Clinton is an avid reader and showtune hummer He enjoys time with family and friends and happily draws inspiration from them for many of his songs. Clinton is always looking to the future and knows that with hard work, dedication, and faith his dreams can come true.