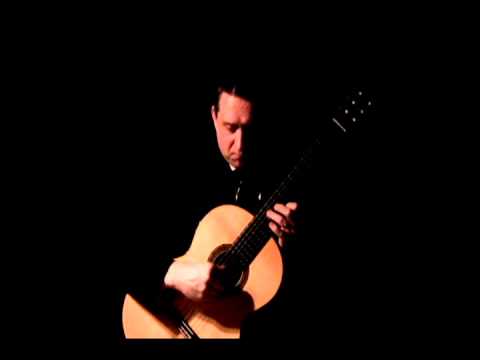 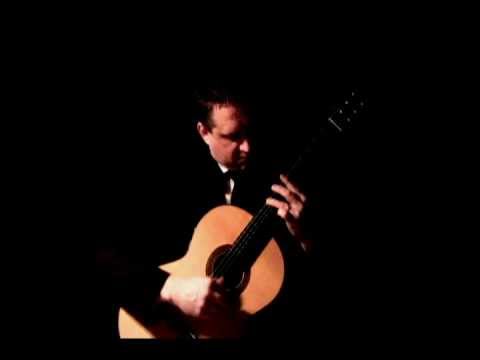 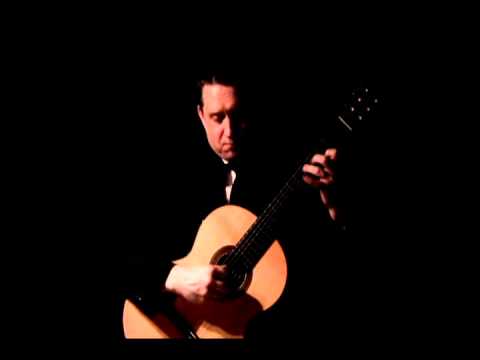 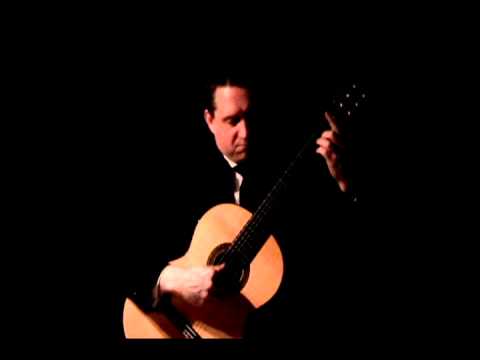 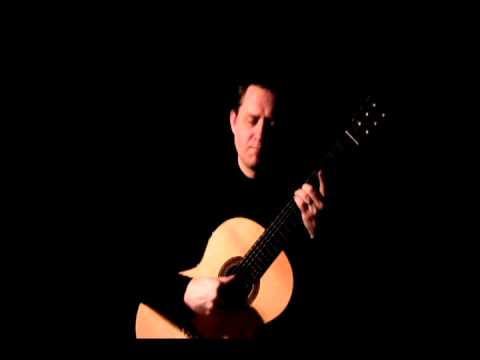 Lennon - Grow Old With Me (cover)

Andantino in A
Christopher Rude 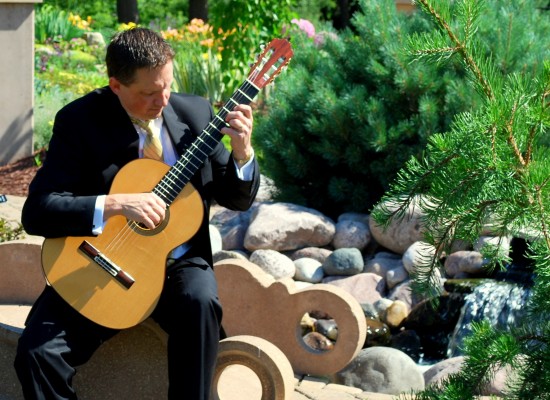 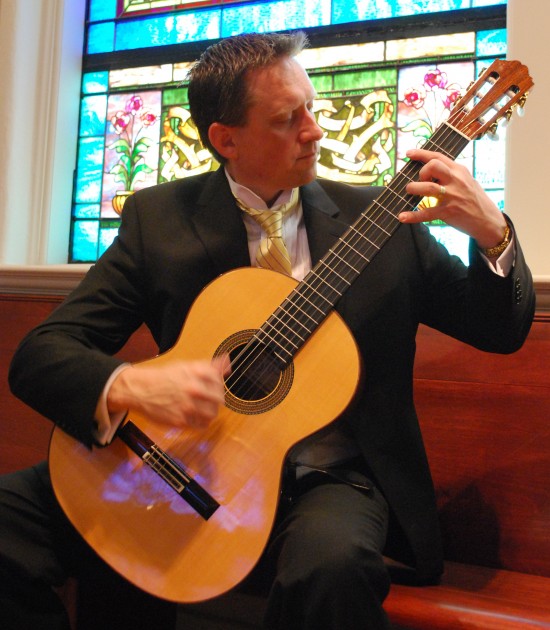 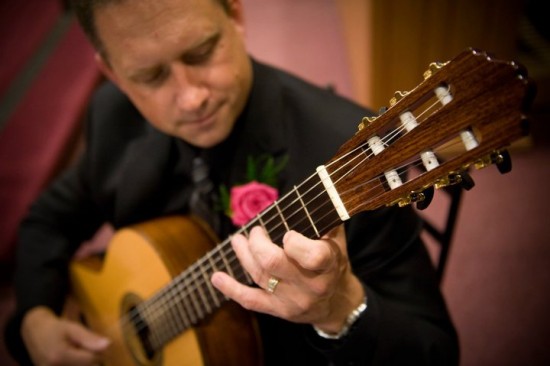 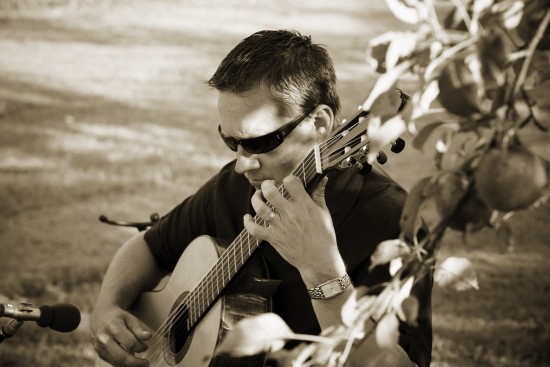 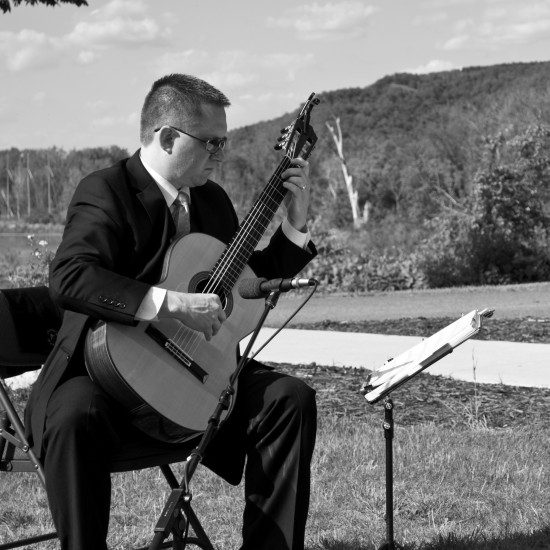 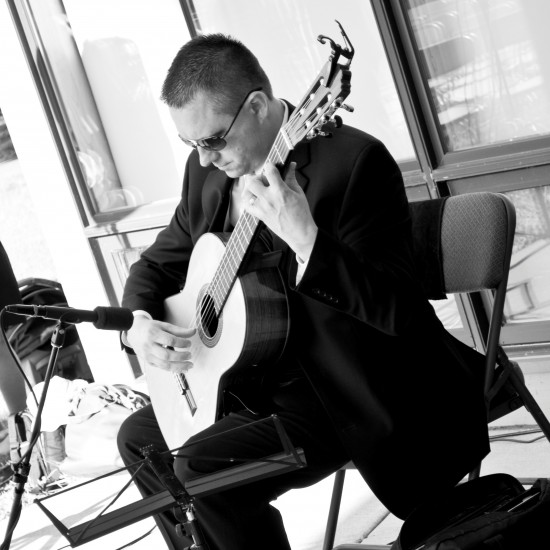 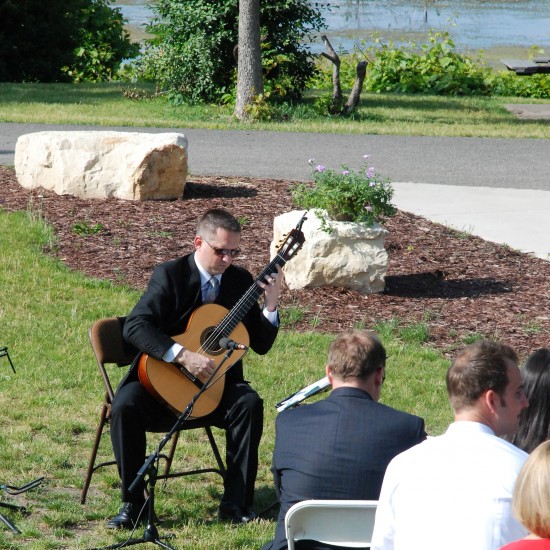 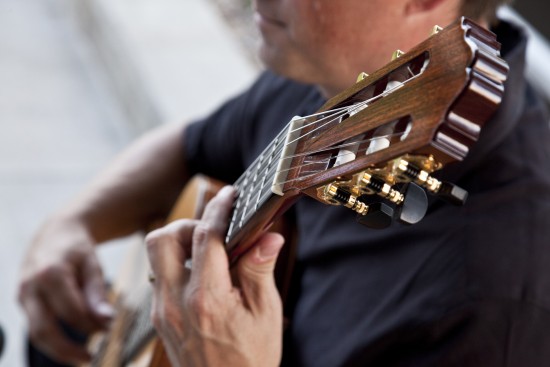 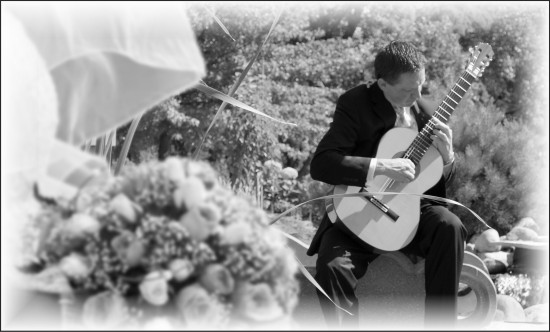 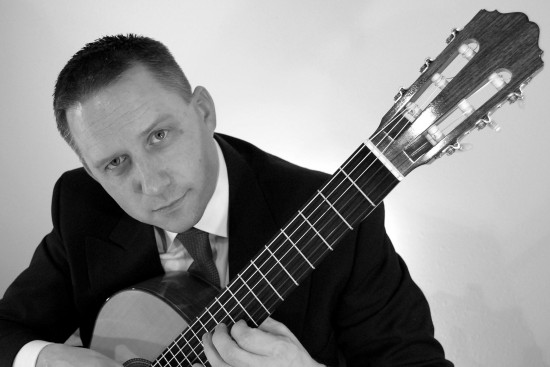 Classical Guitarist Christopher Rude performs at weddings, receptions, parties and other events throughout Wisconsin, Minnesota and Iowa. In addition to performing as a soloist, Christopher also performs in small ensembles that include flute, violin, voice, etc. In addition to guitar, Christopher is now pleased to offer the only classical banjo act in Wisconsin. This unique act lends local authenticity and a simple, unassuming tone to some of the world's finest compositions, making them much more accessible to non classical enthusiasts. Christopher is also a skilled sound engineer, offering PA rentals and services at small events and inexpensive upgrades for existing clients.

Christopher and his guitar was the icing on the cake!

Congratulations on your engagement and thank you, Peter!!

Christopher's talent on guitar fit in perfectly with our event. Would highly recommend him!

Very happy with Chris! Very helpful in helping us pick songs for the processional and recessional. Worked well with our soloist and practiced earlier then he wanted to with her to ease her apprehension!!! Very accomadating! Had a couple of moments with the microphones but worked out!

Reliable, friendly, but most importantly - TALENTED! Thanks for making my garden tour party so memorable...

Even though we had to move the ceremony inside it was perfect and the music played by Chris Rude was amazing! Chris is an amazing musician as well as a really nice person!!!

A wonderful couple and a wonderful night. I was honored to participate, and I wish you all the best!

Beautiful music by a talented professional

Christopher Rude performed for our ceremony, as well as pre-ceremony music, social hour and dinner background music. He was one of many excellent aspects of our day. We feel he made every effort to satisfy our needs at an outdoor venue that presented a few extra challenges. His music was beautiful. Many guests commented favorably about him. We found him to be easy to work with in planning, at rehearsal and the day of. We would not hesitate to recommend Chris.

We absolutely loved having Christopher Rude play at our ceremony - he was very quick to respond to all of my inquiries, and he extremely easy to work with. I have a big appreciation for people who quickly respond to e-mails and phone calls, and Chris was on the mark with all of this! He is a very talented man, and he played beautiful pieces for our wedding. We had an outdoor venue, and the sound and volume were set up just right - he does a great job of showing up early and making sure everything is perfectly set up for the ceremony. We would highly recommend his services!

Chris was extremely professional and easy to work with. Very prompt with responding to emails. Everything was as agreed and he sounded great, we had lots of compliments. Would definitely recommend!

Chris did a great job at my wife's retirement party. She is a musician and Chris provided just the right touch for the evening. He's an excellent musician, was attentive to what went on in the evening, stayed beyond the time we had paid him for. Just a great all around experience.

Chris was very professional and great to work with. He was flexible and confident when giving advice about choosing our ceremony music. His experience also made our time with him, stress free, which can be a rare thing to say when planning a wedding. :) At our ceremony and reception he played beautifully. I had many guest compliment the atmostphere he created with his guitar. I would recommend Chis in a heartbeat. Chris Rude is one of a kind!
Thank you!
Mr. and Mrs. Shepard ;)

Chris added so much to the beauty of the ceremony with the music chosen by our daughter. He is very professional, helpful and flexible. We highly recommend him!

Wonderful music for our wedding

Chris has a really great selection of classical guitar pieces, many of which are available for listening/previewing on his website. He took a leadership role in helping us plan the music for our ceremony, which I appreciated, but was also willing to work with our ideas as well. His music was lovely and he was easy to work with.

Chris performed at our wedding and we could not have been happier. His musical talents far exceeded our expectations! Our guests are still raving about him!
From our very first contact with him, he was professional, humorous, friendly, and genuinely cared about US and our wedding.
We highly recommend Mr. Rude to play at any event!

Chris performed recently at our son's wedding in Milwaukee. Although we live in Oregon he made it easy choose and organize appropriate music, and was very accommodating. Chris' playing was beautiful, and complemented the ceremony perfectly without being intrusive. A+

Great wedding, great family. It was a pleasure meeting you all and entertaining your guests. Thanks for having me, and best wishes!

Christopher performs classical guitar at a very high level. Clients can expect sweet, easy tone from a concert quality instrument, and charming musical expression that is technically flawless. When using his own PA equipment, Christopher guarantees excellent sound quality and perfect levels, adjusted in real time to suit the changing acoustic needs of the space and audience. During the planning stages, customers can expect Christopher to respond quickly to all contact and to approach every situation with professionalism, courtesy and flexibility.

Originally from St. Paul, Minnesota, Christopher Rude is one of the area's most experienced guitarists. In 1990, after four years of traveling and studying music in Europe, Christopher returned to the U.S. and started a small private studio in Winter Park, Colorado. After a few years, he moved to the La Crosse area to study guitar at the University of Wisconsin under Dr. Richard Pinnell. Upon Cum Laude completion of his Bachelor's degree in Guitar Performance, he was invited to pursue a Master's degree at the Lamont School of Music in Denver, where he was awarded multiple scholarships and completed two teaching assistantships under world-renowned maestro Ricardo Iznaola.

In addition to performing in many solo and ensemble concerts and recitals, Christopher has entertained professionally for many years. Throughout the 1990's, he collaborated with local artists in La Crosse, providing vocals and guitar for rock and acoustic ensembles. At the same time, the classical guitarist began refining his craft as resident artist, performing weekly in Picasso's Cafe at the Sampson Art Gallery. His seasoning continued at the Inverness Hotel and Resort in Denver, where he was engaged to perform every night for affluent guests of the Resort's AAA Four-Diamond marquee restaurant, The Swan. Over the years, Christopher has also been in demand at weddings, receptions, celebrations, corporate events, fund-raisers and wine tasting events, consistently drawing equal praise for both his polished artistic style and his guest-oriented professional demeanor.

As a student of the classical guitar, Christopher has participated in and attended lessons, performances and master classes offered by a long list of world-class performing artists including Christopher Parkening, Manuel Barrueco, Paul Galbraith, Sergio and Odair Assad, Sharon Isbin, Javier Calderon, Masakazu Ito, Makita Kushkin, Jonathan Leathwood, Nuccio D'Angelo, Lorenzo Micheli and John Feeley. The influences of these masters on Christopher's development as a skilled and refined artist and teacher are undeniable.

Above and beyond his training as a classical guitarist, Christopher has also earned certification and substantial experience as a professional educator in two subjects. He served for five years as full-time Choir Director and general music teacher for two inner city schools in the Denver area, receiving his Colorado K-12 Music teaching certification from the Metropolitan State College of Denver. In 2008, Christopher also became certified by the state of Wisconsin to teach both Music and Spanish. He is currently employed as a full time Spanish teacher at Melrose-Mindoro High School and teaches guitar at Reed Music Studio in Onalaska, Wisconsin. In 2009, Christopher also joined the Lutheran Summer Music Camp faculty at Luther College, where he taught guitar classes and lessons to some of the area's most gifted young musicians.

Having recently relocated to West Salem, Wisconsin, Rude brings with him a depth and breadth of performing and teaching experience rarely combined in one individual. Over nearly 20 years, he has perfected his teaching and performing techniques, producing scores of memorable performances and skilled guitarists along the way. A careful balance between creative discovery and the rigors of musicianship serves as both the cornerstone of Christopher's success and the map that guides him forward.

Most of my packages include some form of sound reinforcement. Upgrades are available for anyone needing additional audio equipment for other parts of the event. When I provide my own PA, I handle all logistics personally. Clients are required to do nothing, and can expect perfect volume and clarity.

My playlist is essentially endless, and I am happy to learn new music for an event with some limitations, of course. I can also create original arrangements for the classical guitar from just about any source instrument or genre, within reason. With such a huge repertoire to choose from, clients typically give me a few key words to work from, and allow me to create sets that fit the desired mood.

I have been influenced by so many guitarists. As a young boy, my biggest influences were Eddie Van Halen, Mark Knopfler and Eric Clapton. After I discovered the classical guitar, of course, Segovia became my idol, followed by dozens more amazing artists--far too many to name.