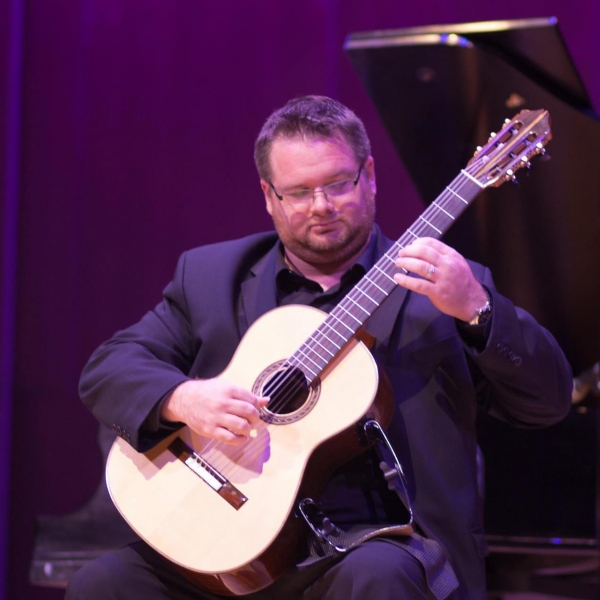 He provided beautiful, unobtrusive background music for my holiday Party, which is just what I requested. He played for 3 hours, almost continuously. He was courteous, punctual, and a pleasure to listen too!

My mom and family loved the session with Chris and his music.

We were so very pleased with Mr. Gotzen-Berg's performance at our event! His mastery of guitar was evident even to the casual listener. His choice of music was perfect for our sunset cocktail hour, invoking far-away places, other times -- magic! It would not be an exaggeration to say that Christopher Gotzen-Berg is in a category of classical guitar virtuosi such as Segovia and Parkening. Hire him before he goes off on world tour!

I am so humbled by your words! Thank you for choosing me to perform, it was a pleasure to share music with your organization in such a beautiful location.

As a highly sought after guitar instructor, Christopher has taught and performed master classes at such locations as Adirondack County Community College, Blue Sky Studios (Delmar, NY), Mars Music of Albany, Burnt Hills Music Academy, and The Crane School of Music at SUNY Potsdam. His private students have performed in master classes with artists such as Thomas Viloteau, Ben Verdery, Jorge Caballero, and David Leisner; and have been to accepted to such institutions as the Crane School of Music at SUNY Potsdam, Ithaca College, Peabody, the Jacobs School of Music, and Florida State University, as well as participating in competitions including The Guitar Foundation of America Competition and the Ithaca College Classical Guitar Competition.