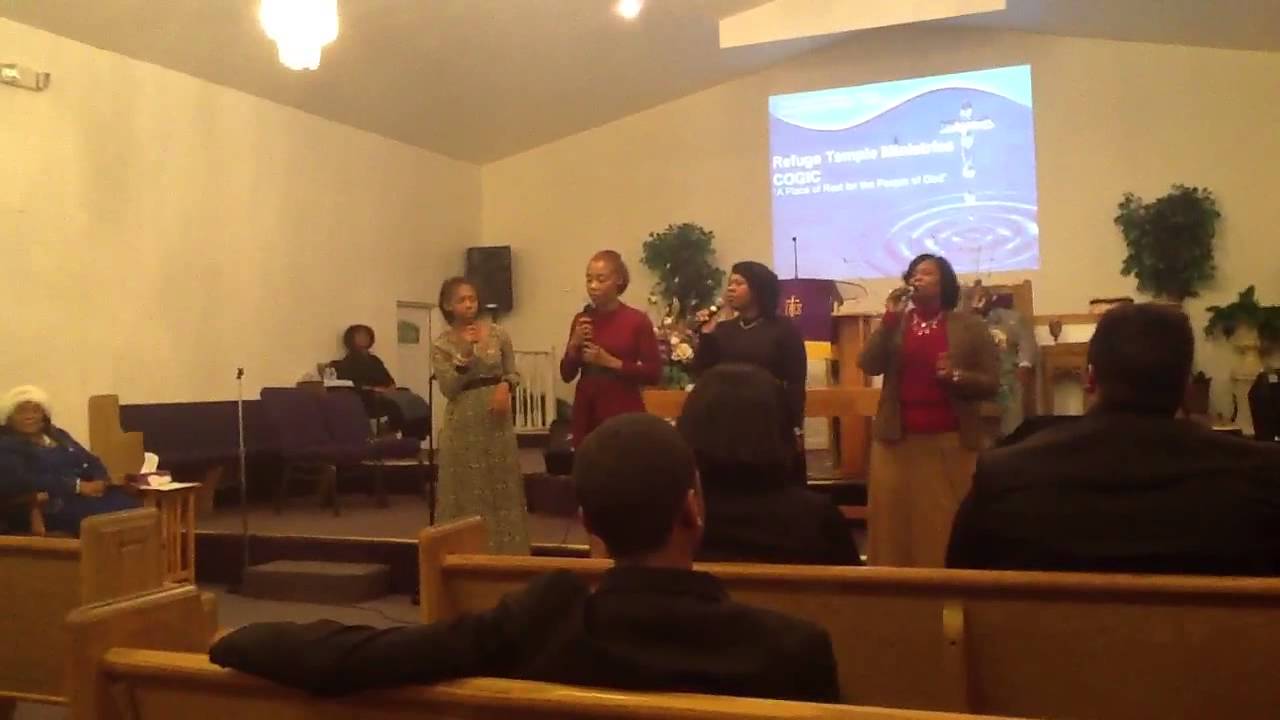 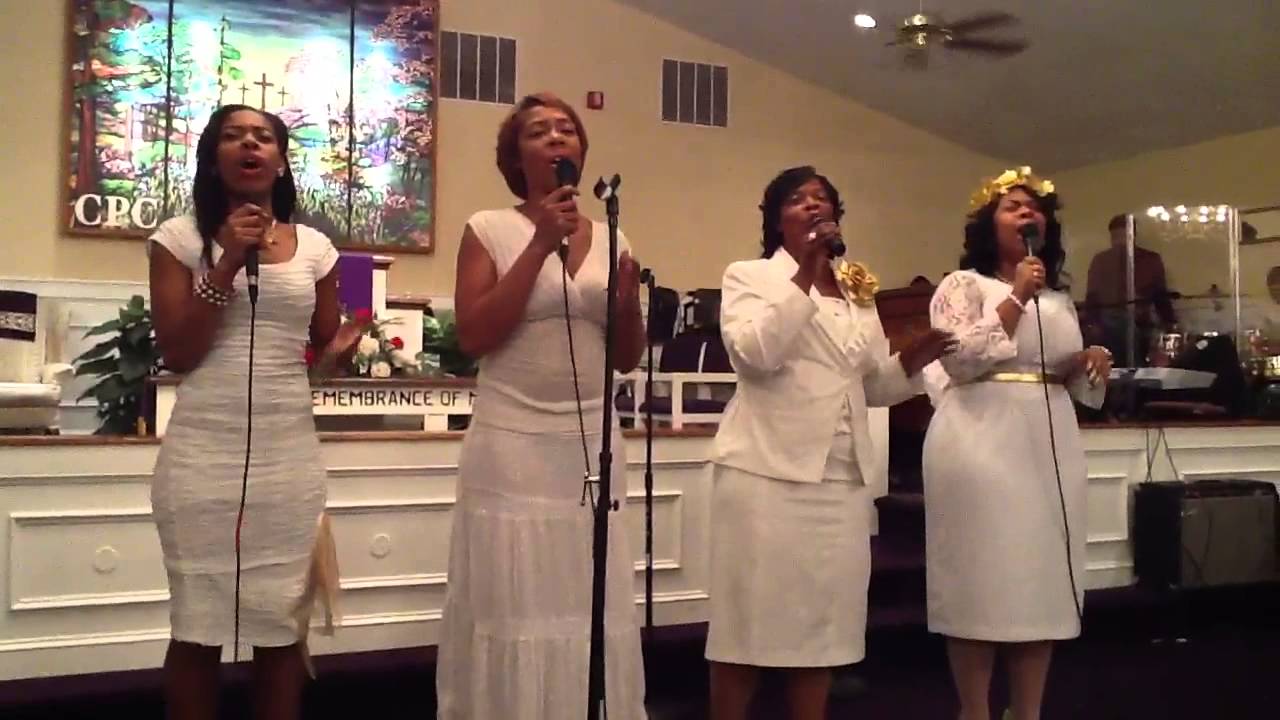 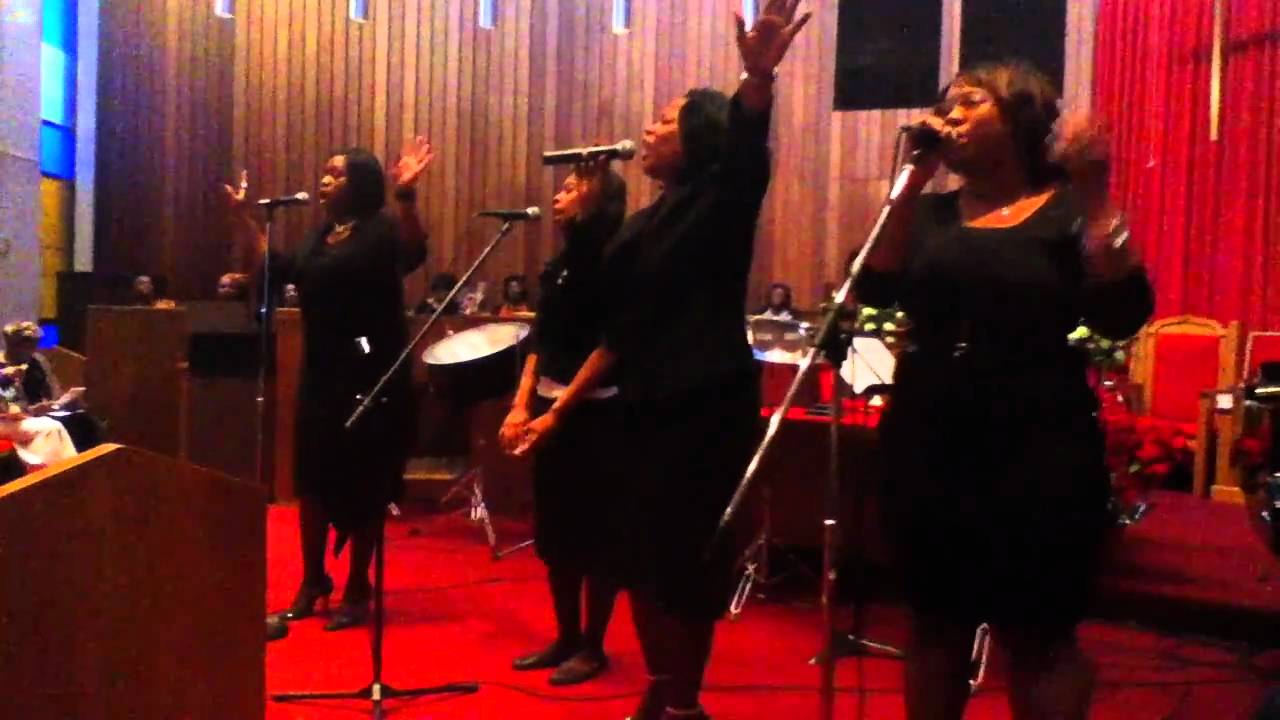 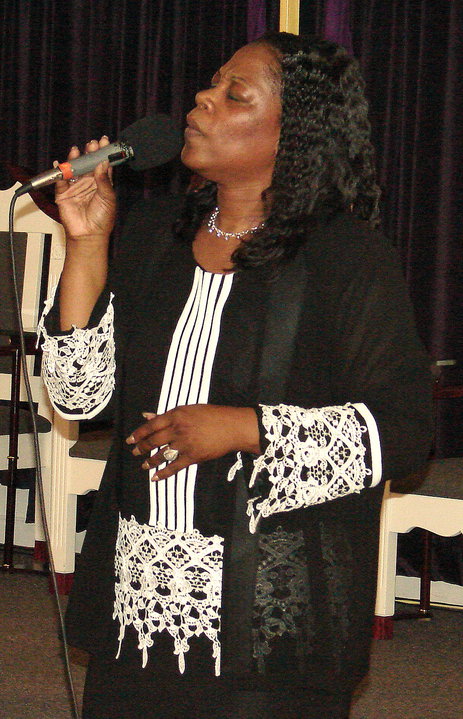 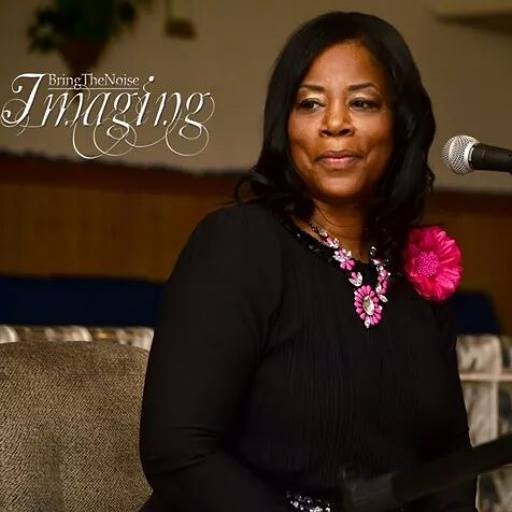 Christine Carmichael Foster on stage preparing to minister in song

I am a gospel singer who truly enjoys singing praises to God. I am one who strives to live what I sing about. If you are tired of the show and want to be changed through music sang from the heart of a true worshiper under the anointing of God, then I am the gospel singer you are looking for. I am of the firm belief that by lifting God up he will draw those that truly want him. There is no substitute for a truly anointed song that will ease the troubled mind and bring peace to your soul.

I have over 35 years of experience in singing, songwriting, choir directing, public speaking (20) years and a general love for people at large. My desire is to reach souls.

Be the first to review Christine Carmichael Foster

There's more to Christine Carmichael Foster than meets the eye. She is a humble servant of the Lord that carries a Great anointing but not without price.
You should certainly "wear a jacket" because when she sings you will feel chills. You can expect to fall in love with the Lord all over again. Minister Foster is a great worshiper with an awesome voice. She is not only anointed to sing, but also write and teach music. She is also greatly anointed to bring forth the word of God.

Minister Christine Carmichael Foster was born in Aberdeen, Maryland and raised there by her loving parents Nicholas and Dolola Camichael. She began attending Gospel Tabernacle Church in Havre De Grace, MD at the age of 4 weeks old and was a faithful member there for over 30 years. Her pastor’s were Bishop C.H. Johnson and Bishop Harry T. Lee, Sr.

She was baptized in Jesus’ name at an early age and later filled with the Holy Ghost at age 9. Her experience of being filled was somewhat like that of the great Shirley Caesar. She too lived a life of going to church and loved it so much that she and her sister Koren Carmichael Welsh would often play church in their bedroom immediately after returning home. One day while playing church, her playing in the spirit turned into her being filled with the spirit of God. Her mother noticed that there was a change in her voice and immediately rushed to the bedroom where she found Christine speaking in unknown tongues as the Spirit of God gave utterance.

Christine began playing the piano and writing her own music at age 10. The elders of Gospel Tabernacle Church prayed and laid hands on her and God did the rest. She began directing her first choir at age 12; the Junior Choir. The Junior Choir was later renamed Deliverance. Christine directed the Deliverance Choir for over 23 years.

After graduating from Aberdeen High School, Christine decided to enhance her career by attending The Katherine Gibbs Business School in Rockville, MD where she obtained her education in business which led her to an Administrative Professional’s career with The Harford County Public School System. Christine was employed by Harford County Public School’s for over 15 years. During her tenure at the HCPS, Christine, then known as Ms. Robertson, was asked to be the director of a Gospel Choir which she had begun while attending Aberdeen High as a student. The Aberdeen High School Gospel Choir became well known and traveled all over Harford County, Cecil County, Baltimore City, and even New York where the choir performed at the Apollo. The choir also performed at the Cal Ripken Stadium in Aberdeen, MD. The choir received many prestigious awards throughout their 12 years of performing. Although touring with the choir was an exciting time in Christine’s life, the most important thing to her was making certain that she taught them how to live for God as she taught them how to sing. She was impacting the student’s lives in more ways then they even imagined. She understood that her purpose was to plant seeds into the lives of the young people and through their involvement in the choir, many have the Holy Ghost today, and are leading youth groups in their local churches. For that she is grateful to have been able to plant a seed in them, and watch God give the increase.

Christine has traveled all over singing for the LORD. She has been to Virginia, Chicago, North Carolina, Connecticut, California, and Tennessee, where she sang on the Bobby Jones Gospel show, to name of few. Christine recently was a winner at the 2007 Mountaire Gospel Talent Search. She says that your gift will make room for you and certainly her gifts have made room. She has assisted many churches with their music ministries throughout the years. She has taught many choir workshops, worked along side other recording artists, and assisted in the arrangement of vocals, and music.

Christine says “I count it a privilege that God would gift me, a once shy young lady, with such musical talent” I know that this gift was given to me for a purpose.” The music industry is so vast, but she believes that God has commissioned her to walk in her calling with Integrity. “I believe that God wants us as ministers’ of music to reach souls. The music should be good, but the words are the most important. I want someone’s life to be changed through the music that God has given me. If that happens, then I know I am accomplishing what God has designed for me to do.”

Minister Christine Carmichael Foster is married to a wonderful and supporting husband, Bishop Wayne Nathaniel Foster. She believes that his belief and support of her music is one of the primary reasons why her first CD will be released in June 2008. She is also the mother of 9 beautifully talented and anointed children: Ariel, Shanelle, Lauriel, Shaquan, Tyquan, Wayne, Jr., Jasmine, Andrew, and DeJah. She believes it is through their support of her over the years that she had made it through many tough times. However, because all things work together for the good of them who love the Lord…her music ministry was thus birthed. Through her pain, came her promise!

“Through many dangers toils and snares I have already come, but God has been with me through everyone. I Love the Lord, and My Hope is built on Him. I am standing because of his Grace and Mercy, and I thank the Lord that He Set Me Free from the chains that once held me. I truly am An Over Comer and still Patiently Waiting on God to finish what he’s begun in me. But while he is still at work I am committed to letting my Light Shine. I realize that the Lord is My Shepherd and there is No Greater Love than his. And when I look back over my life, I can’t help but Wonder How I Got Over. With God’s help I will represent him with Integrity while letting others know that in God’s eyes Not Anything Goes”.

Prefers green tea and pepper mints or room temperature water.
No fans or air blowing directly on or around the artist.
Sound check a must prior to performances.
Private room or area for dressing and meditation before events.
Soft lighting.
Artist has a powerful voice. Microphones need to be adjusted to tonation.