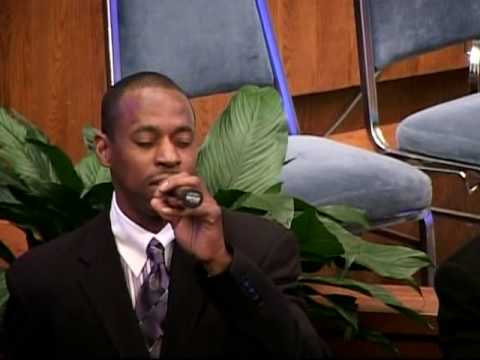 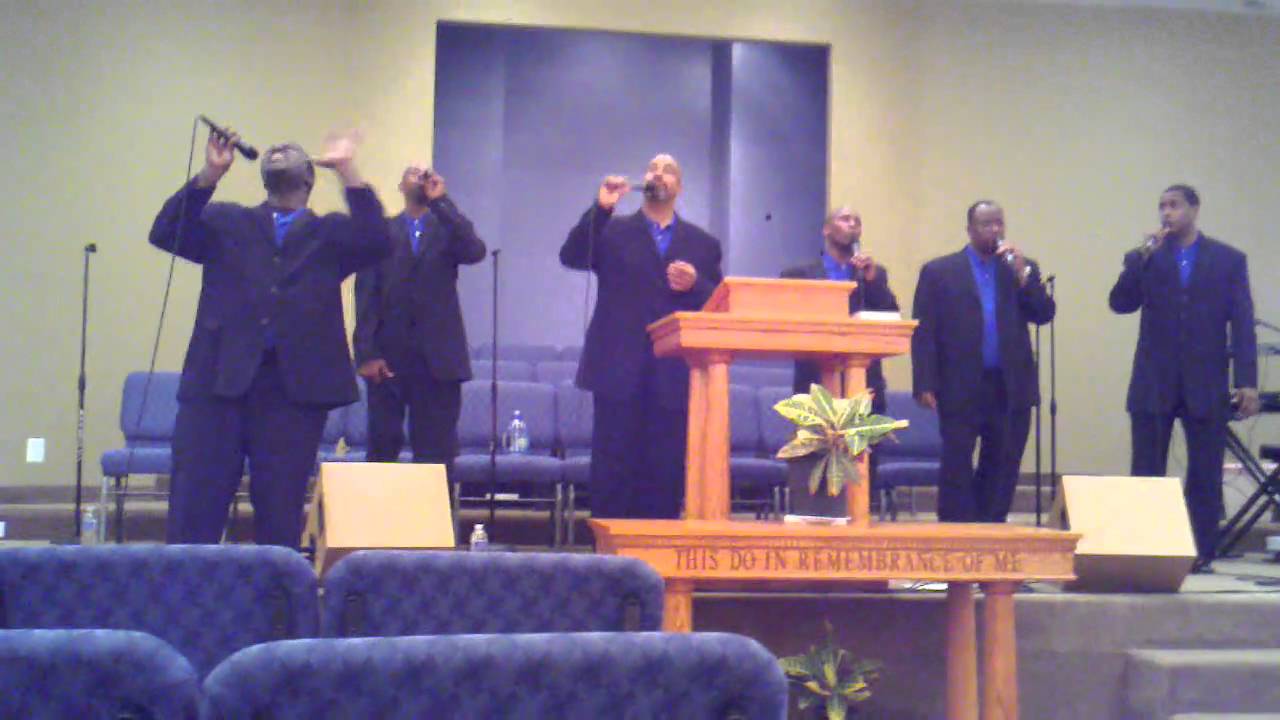 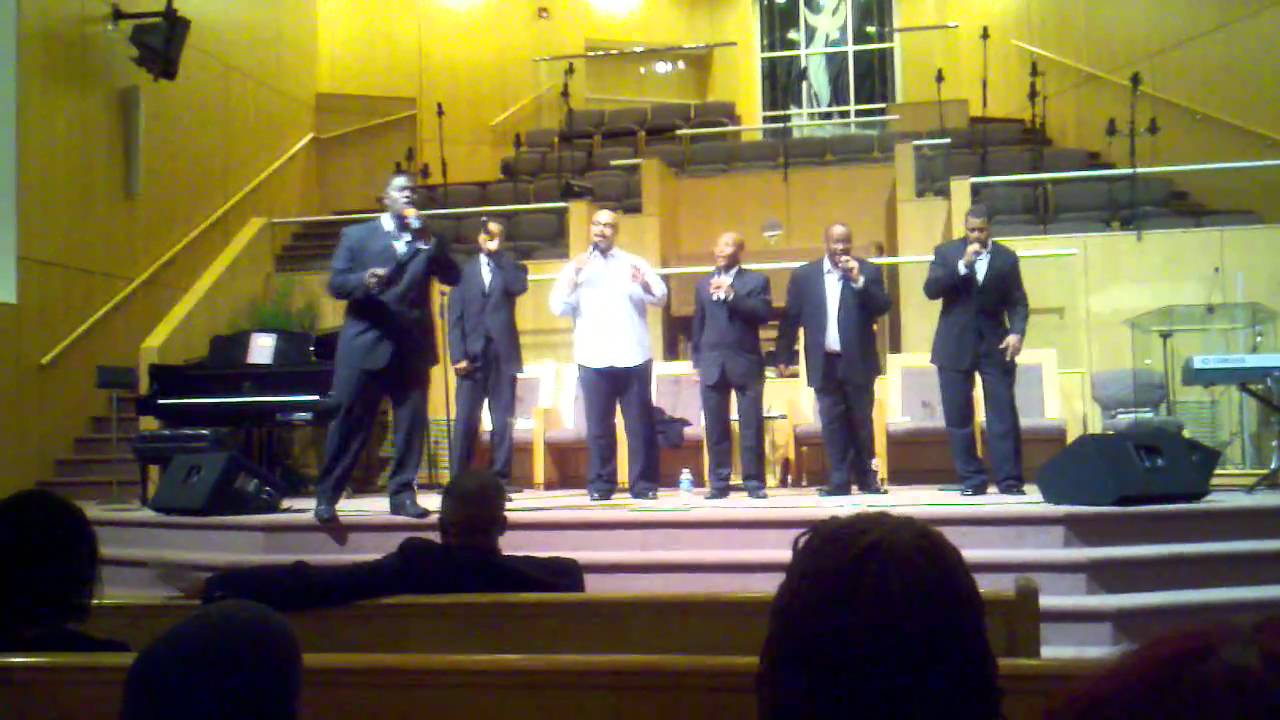 Six Christian men singing gospel a capella in six part harmony. Original and rearranged gospel songs sung in a style similar to the multiple grammy award winning group Take 6. We are local to the DC area, but will travel most anywhere. We have sung at many churches, Kennedy Center, Washington DC Zoo Park, Morman Temple, all over the Washington region and throughout the US. We are available and very reasonably priced. Be Blessed through the music of Mutual Agreement!

We held a 90th birthday party for my mother this past weekend. I can sum up my review in four words: One Hundred Percent Praises! Yet I would be remiss if I did not qualify this statement: Thanks to Mutual Agreement our mother's tribute was classy, uplifting, unique, and most importantly, spiritual. Of our 135 guests, at least 40 came to me personally and expressed great admiration for the group, their professionalism, their selection of music, their perfect harmonies, and their willingness to make their contribution to our efforts, the best that it could be.
For me personally, I like to think I have a good ear for harmony and a good eye for talent. In selecting Mutual Agreement over at least five other candidates, I believe my senses proved me right. Following the celebration, I felt proud that I had done my mother's celebration justice; that our celebration, for which Mutual Agreement was an integral part, could not have been done better.
I would highly recommend this group to anyone who asks.

I was looking for a phenomenal group of musicians and singers for my sorority's annual prayer brunch. I used gigsald and found the amazing Mutual Agreenent! Their artistry and musicianship will not disappoint you! We will have them back again and again!

Thank you. We thoroughly enjoyed ministering at your engagement. Let's do it Again!

The men of Mutual Agreement were incredibly flexible, organized, professional, and musically talented! I enjoyed working with them, our church loved hearing them, and we all look forward to partnering with them in the future again. I highly recommend this group.

Happiness for My Heart and Ears!

These gentlemen came to our church just yesterday. It was an added highlight as we celebrated the church's 54th anniversary. I sing in my choir and I just love music! I have been a fan of this type of singing since I was younger. I liked the Dixie Hummingbirds and they spoke of them yesterday. This music is part of our historical (and spiritual) culture. As far as their professionalism, it was just wonderful to have them visit us. You could see the joy of singing in their expressions. What a treat it was! What a blessing it was!

Happiness for my Hear and Ears!

These gentlemen came to our church just yesterday. It was an added highlight as we celebrated the church's 54th anniversary. I sing in my choir and I just love music! I have been a fan of this type of singing since I was younger. I liked the Dixie Hummingbirds and they spoke of them yesterday. This music is part of our historical (and spiritual) culture. As far as their professionalism, it was just wonderful to have them visit us. You could see the joy of singing in their expressions. What a treat it was! What a blessing it was!

We hired mutual agreement for a corporate event. They were a pleasure to deal with. Great communication, delivered as per expectation set and were incredibly well recieved by our attendees.
These guys sounded fantastic and did a great job for us!
Yael Tarlo
VP, Marketing, 3i-MIND

Our fundraiser was a huge success and "Mutual Agreement" was a great part of our success.Mutually Agreed, with these guys you won't be staying in your chairs for long. I would recommend these guys in a heartbeat. J Schons

Mutual Agreement came prepared to wow us, and they did. Their harmonies were amazing and their audience interaction got everyone involved. In addition to their great performance, they were also very pleasant to work with from a business perspective. I'm sure our organization will be contacting them again.

If you love a capella and you love the Lord, then you must allow us to bring both into your service. From songs like you may have heard, street corner harmony to 6 part harmony so tight we dare a muscian to add another note to the cord. All the singing done under the power of God, for God in Praise to God! Enjoy the music of Mutual Agreement! (link hidden)

In the fall of 1993, six young men formed an a capella sextet called Mutual Agreement, which means "A Covenant with God." Their intention is to spread the Word of God through song, bringing hope, strength and encouragement to all who listen.

Each member brings his own individual gifts, talents and creativity to the group. The group uses the human voice as the chief instrument of their performance.
Each member mutually agrees that their music ministry will not be kept confined within the traditional walls of the church, their mission field consists of ministering to the sick and shut-in, incarcerated youth and adults, hospitals, evangelistic meetings and wherever there is a need to provide encouragement through song.

Mutual Agreement has ministered throughout the country and shared the stage with national recording artists such as CeCe Winans, Sounds of Blackness, Hezekiah Walker Daryl Coley and Wintley Phipps to name a few. They are members of the Gospel Music Workshop of America and have appeared on "Showtime at the Apollo" and the "Breath of Life Telecast.", Mutual Agreement has also performed at the Kennedy Center for the Performing Arts at Millennium Stage. Mutual Agreement was nominated one of the eight best a capella vocal bands in the Mid-Atlantic region of the United States by the Mid-Atlantic Regional Harmony Association. They have been featured on various television and radio programs.

While remembering their Gospel roots and utilizing traditional and contemporary chords, Mutual Agreement seeks to preserve a musical art form that has played an important part in their musical heritage. Always acknowledging Christ for the way they have been blessed, they sing in memory of those songsters who Christ allowed to pave the way.

Mutual Agreement has available one recording entitled "Back to Basix" comprised of original and re-arranged a capella gospel songs. Mutual Agreement can be seen singing their theme song titled “Mutual Agreement” on YouTube by typing Mutual Agreement in the search engine, can be followed and Facebook and you can find all information about them on their website, (link hidden).. May God bless you through the music ministry of Mutual Agreement.

We travel with our own amplification system, we found that a lot of churches cannot accomodate 6 microphones. Becasue we are a capella our system is small and only takes on average 20 minutes to set up, microphones and speakers. For full concerts we request bottles of room temparature water and maybe stools if readily available, some fruit and pineapple juice in our dressing room would really be nice.

6 Micorophnes with stands, or a audio technician to assis us at setting up or amplification system, room temparature bottles of water, a room to place things, warmup etc...