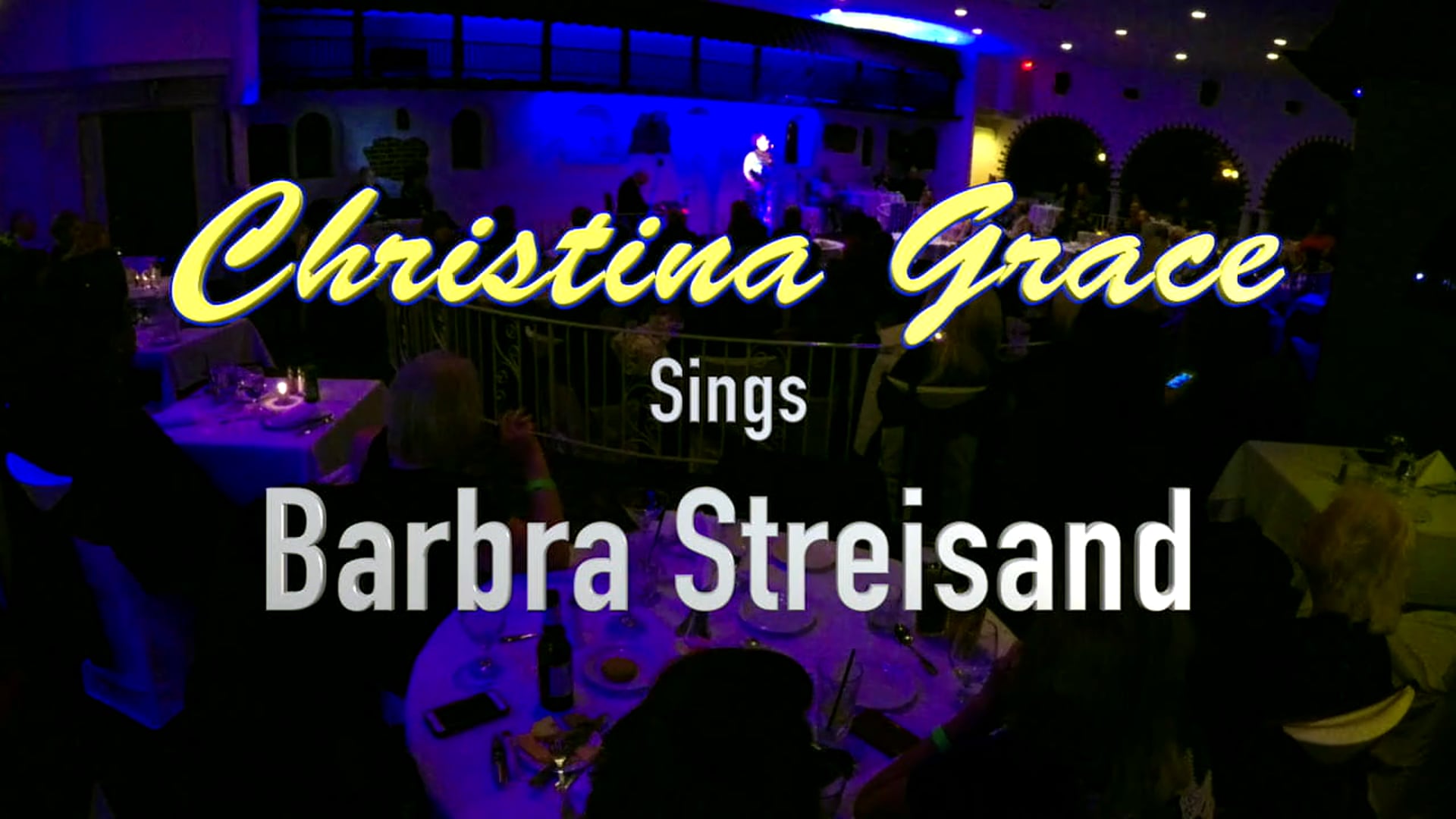 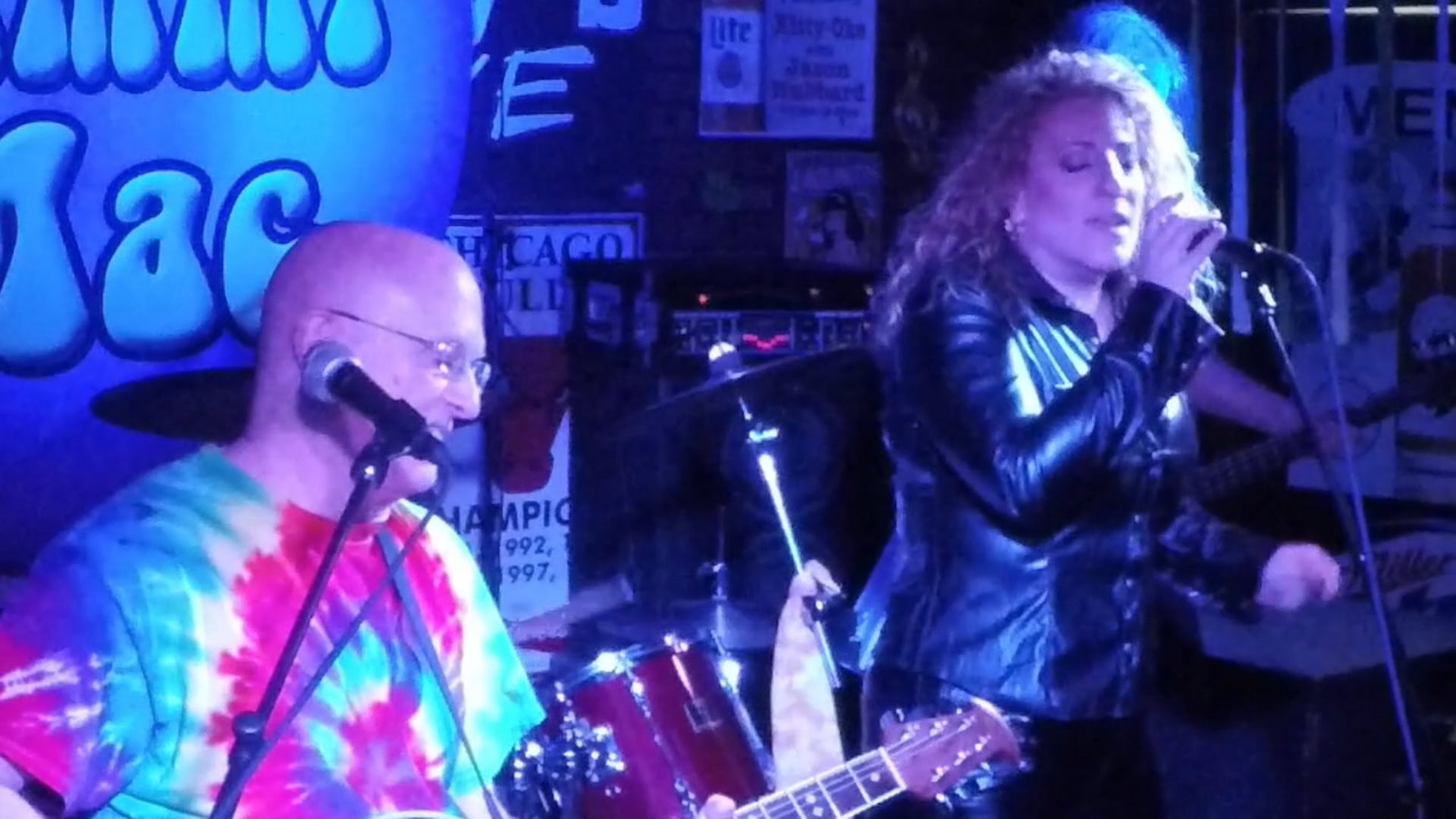 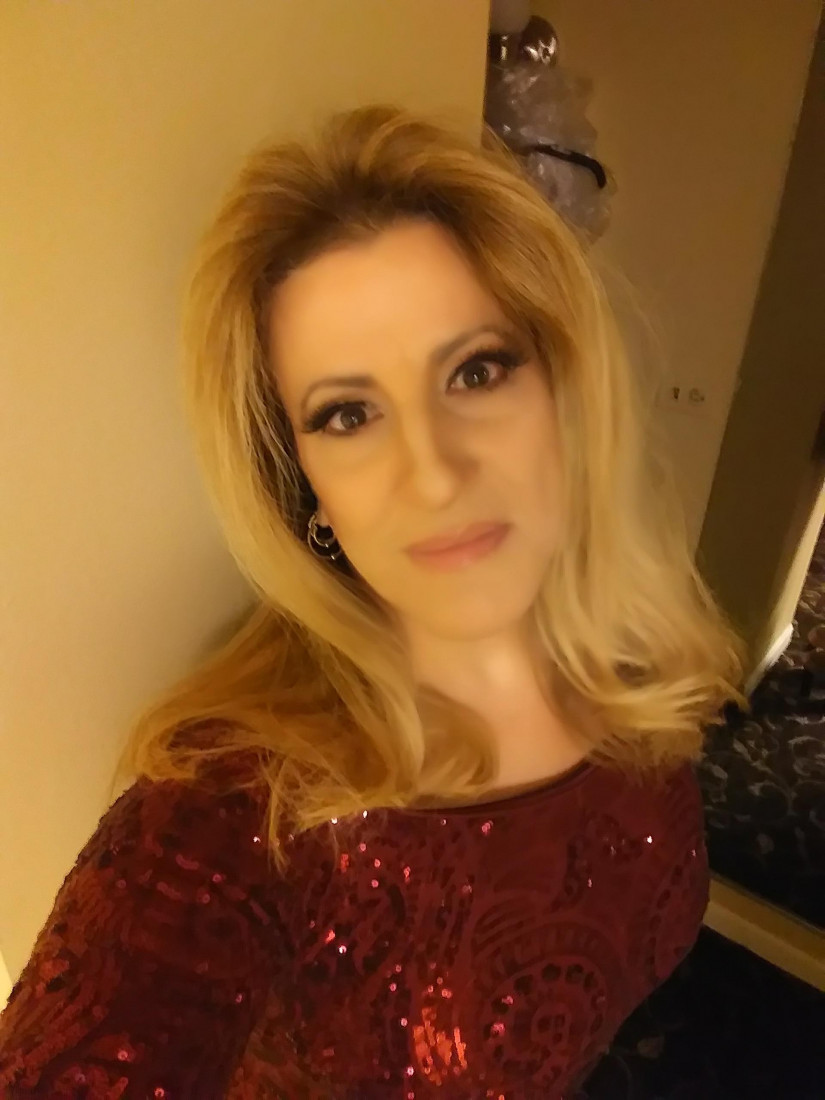 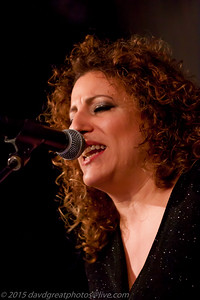 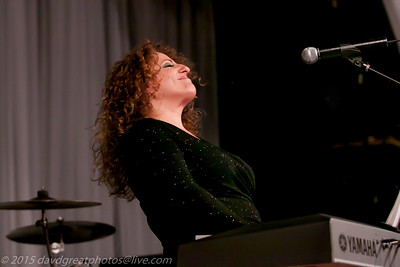 Playing with The Johnny Amato Band 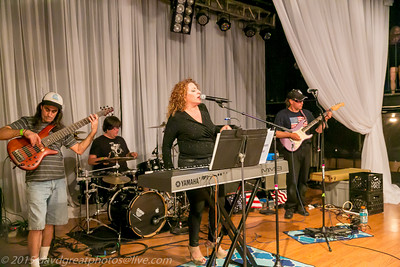 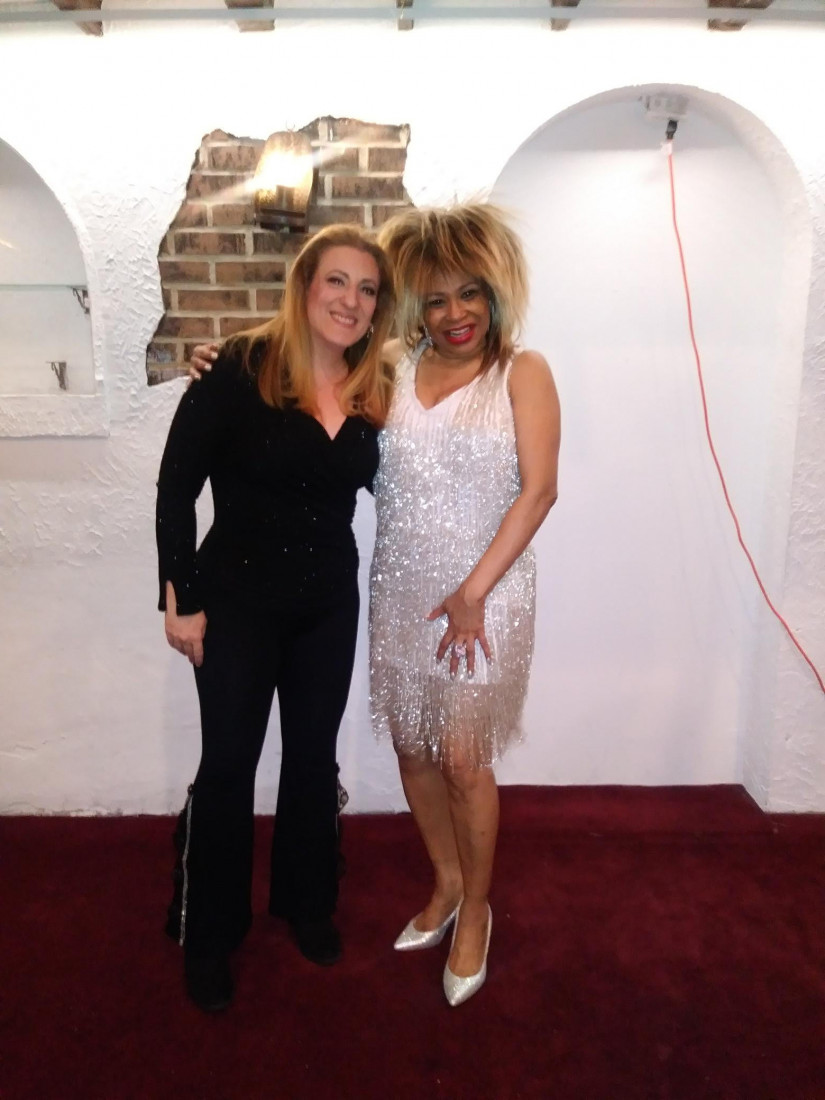 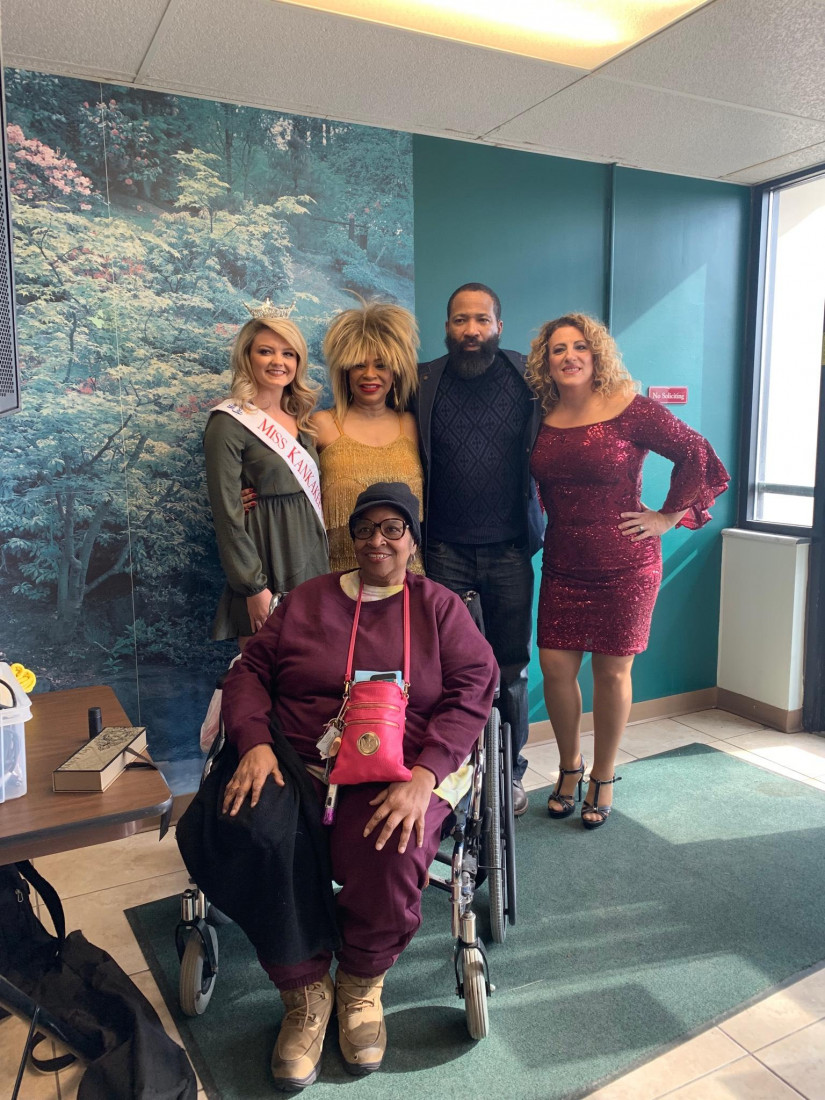 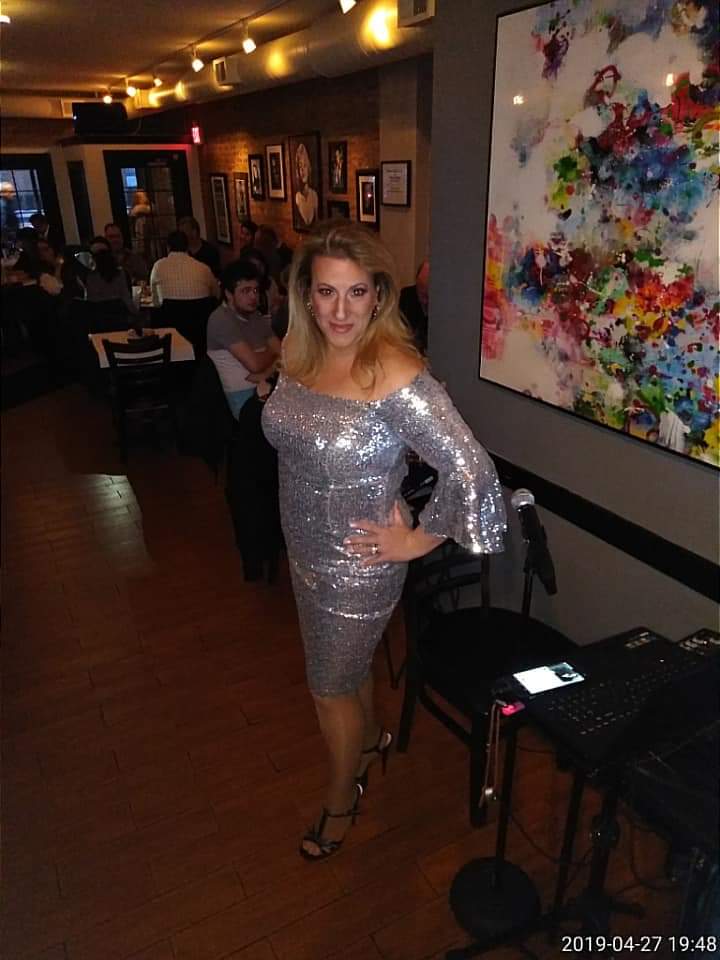 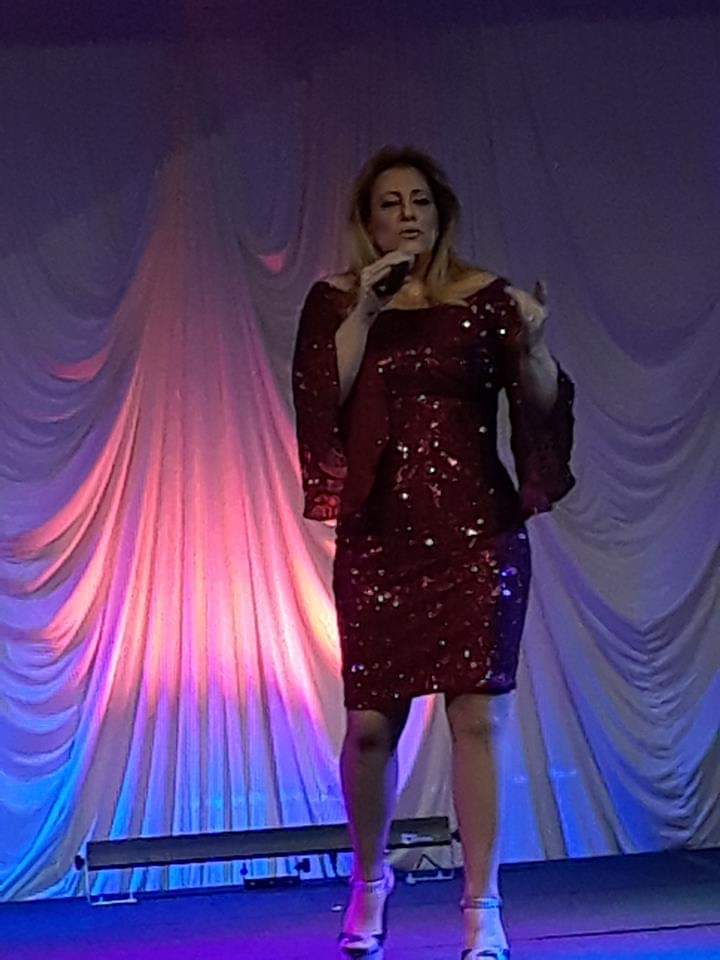 Christina Grace will WOW you and your guests with the vocal styles of the GREAT FEMALE ARTISTS, such as Barbra Streisand, Celine Dion, Whitney Houston, Christina Aguilera, and many more! Then ROCK OUT with some of your favorite CLASSIC ROCK hits from bands like Journey, Bon Jovi, Melissa Etheridge, and others! Christina will take you back in time, relive memories, and still have time to disco-dance the night away! Performance can last from 30min-3 hours (minimum 30 minutes), with one break in between. Sets can be modified to suit. (SPECIAL NOTE: I DO NOT PERFORM FOR BIRTHDAYS OR HOLIDAYS, or fundraisers of a religious affiliation. Thank you for understanding!)

Be the first to review Christina Grace Sings Barbra Streisand

Christina Grace sings Barbra Streisand is a one-woman show, with or without a live band, depending on your budget. She can perform to tracks, be accompanied by a keyboardist, or bring her full band. The show consists of 3 sets. In the first set Christina sings the music of the legendary female vocalists, such as Celine Dion, Whitney Houston, Christina Aguilera, Mariah Carey, and many others. She goes glam in the second set, singing (and reminiscing!) your favorite Barbra Streisand songs, taking you from the 60s to the present. For the third set, Christina rocks your world, singing pop, rock and R&B from the hottest female (and male!) vocalists of today.
Meet and greet, and original music (2-song EP) for sale after the show.

Christina Grace is an American singer/songwriter/musician, born and raised in Chicago. She has been singing all her life, and has never been shy on the stage! Her professional career began in Canada, where she met famed Canadian producer/songwriter Randy Moore. Her first CD, “That’s What You Think,” (2001) was released in Canada, Europe and the United States. Her single, “I See Only You,” made it to #4 on the European Indie Charts, and her single, “Better Times,” received airplay in the United States on select radio stations.
Did you know Christina started out by singing rock n roll? She has performed with the classic rock band, The Johnny Amato Band, all over the Chicagoland area. Christina sings lead vocals on songs by Boston, Rush, Journey, Bon Jovi, Tom Petty, and many more. Christina also has collaborated with lead guitarist Johnny Amato on his original music, and currently Johnny and Christina are in the studio recording new original music.
Recently, she has been privileged to perform as Barbra Streisand in a Vegas-style show right here in Chicago. One of Christina’s biggest influences is Barbra Streisand, and she has always loved her music. As a solo artist, Christina has been featured singing the songs of Streisand, Celine Dion, Whitney Houston, Christina Aguilera and many others. Her high-energy vocals get people moving their feet and dancing in the aisles!

PLEASE! Try to request a booking at least TWO WEEKS in advance, as bookings fill up fast. PLEASE CHECK MY AVAILABILITY CALENDAR before you request a booking.
Christina comes prepared with a full P.A. including her own sound technician.
If your venue is already equipped with sound, lighting and man power, she will only need bring her laptop (if you are hiring Christina w/o live band). Your P.A. must have the capability to integrate with a p.c. Full band includes drums, guitar, bass and keyboards.
Please provide a suitable dressing room/bathroom where Christina may change and house her wardrobe and makeup. (Not a public restroom)

SET ONE (CAN BE ADJUSTED TO SUIT CLIENT)

Stage must have ample space for drums, guitar, bass and keyboard, preferably with power outlets on either side of the stage.