Back to Jazz Guitarists 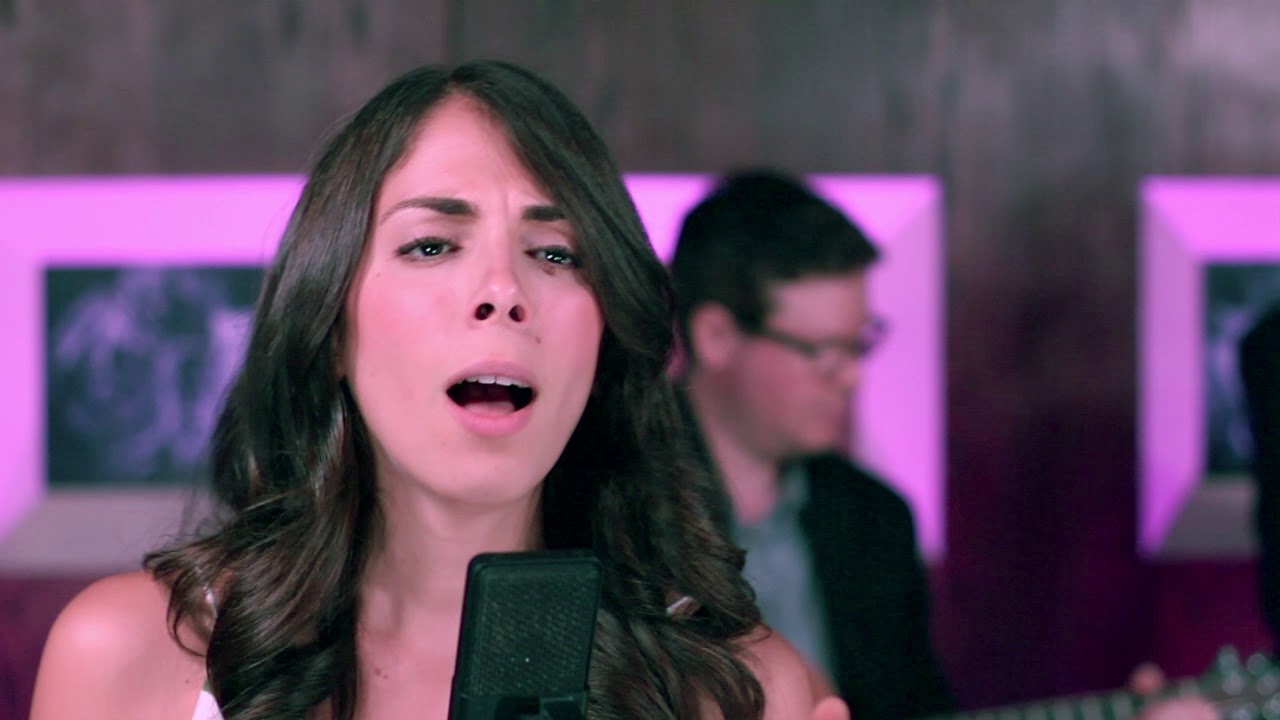 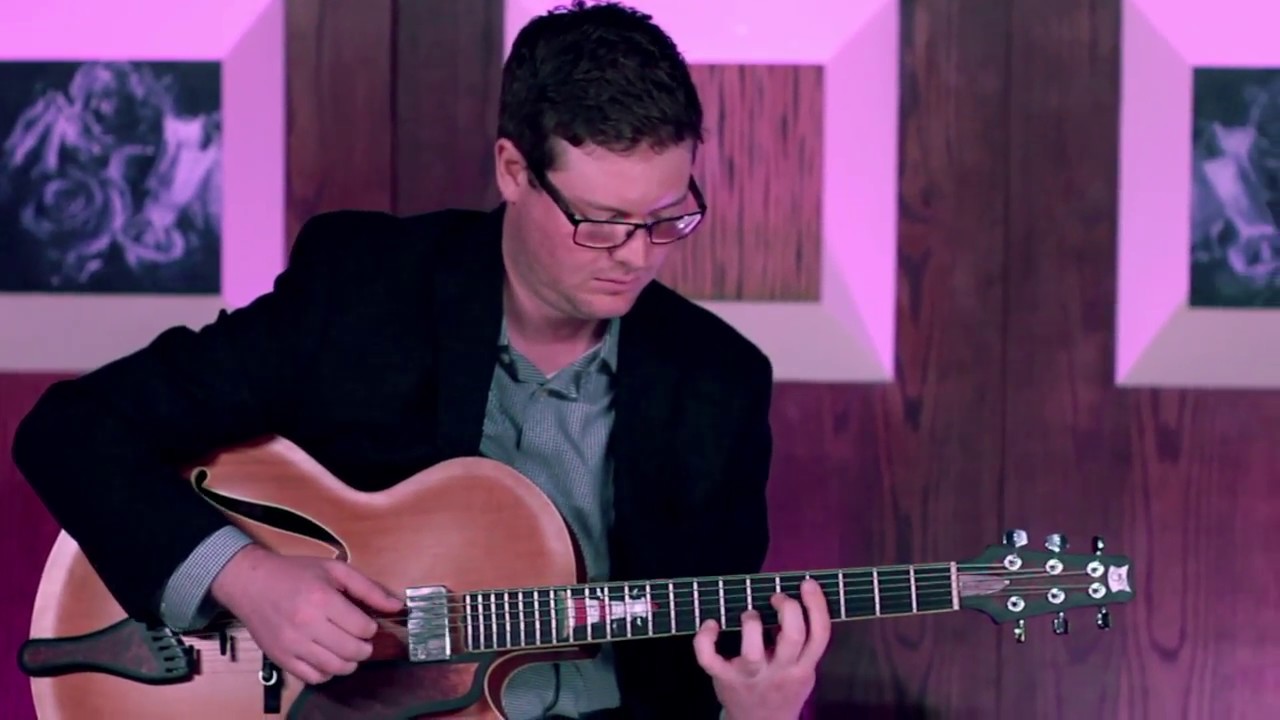 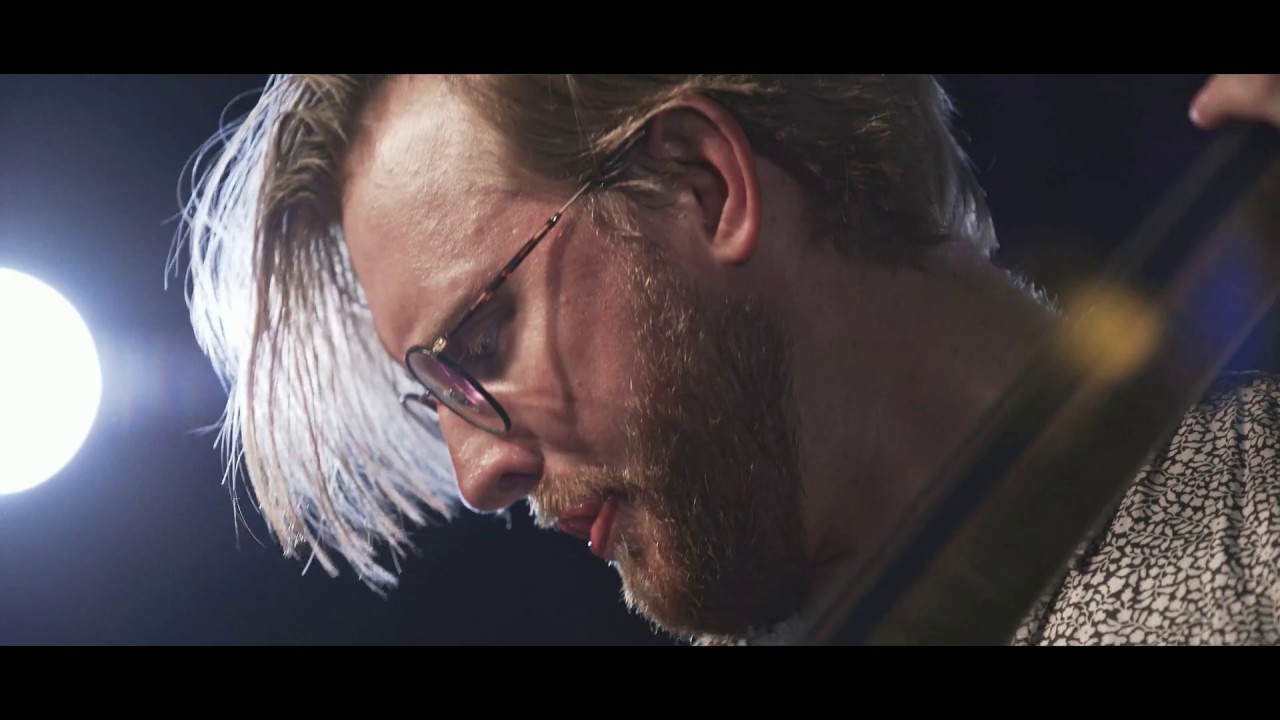 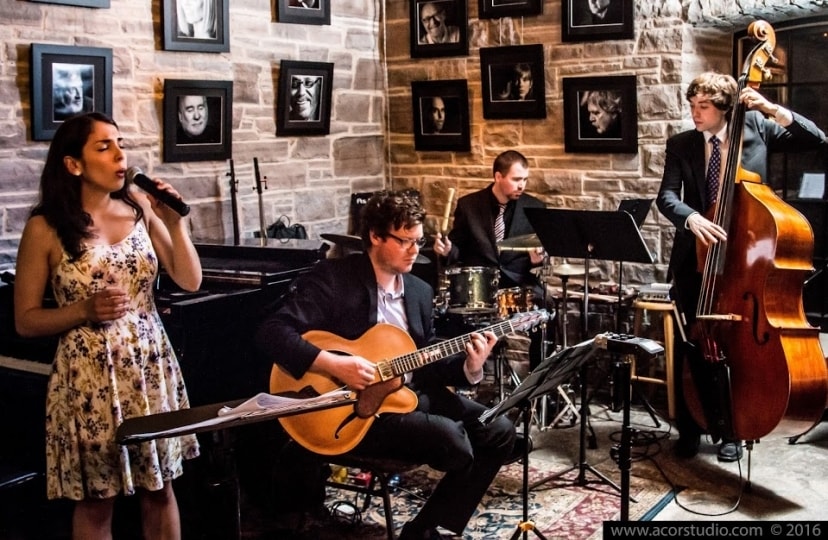 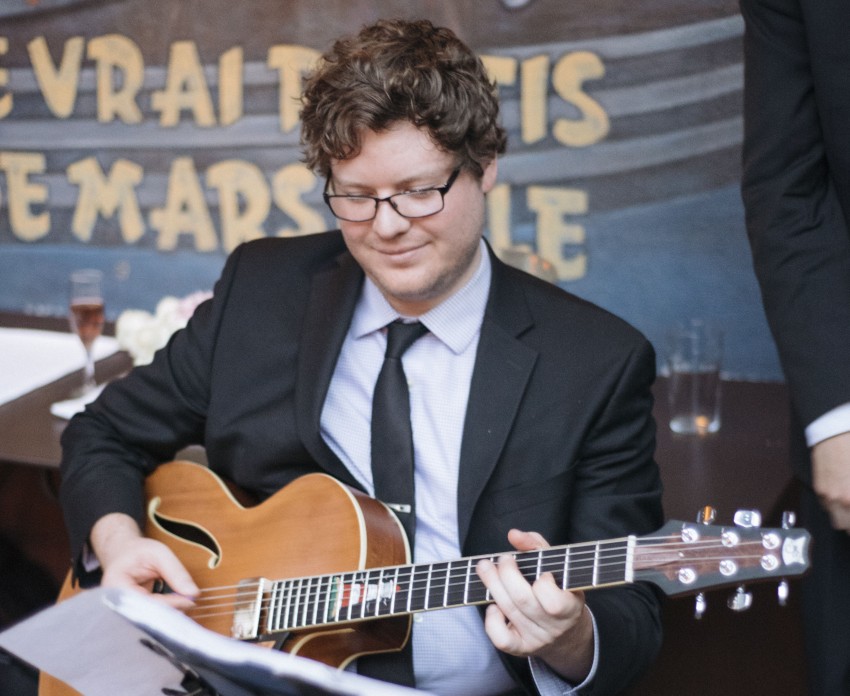 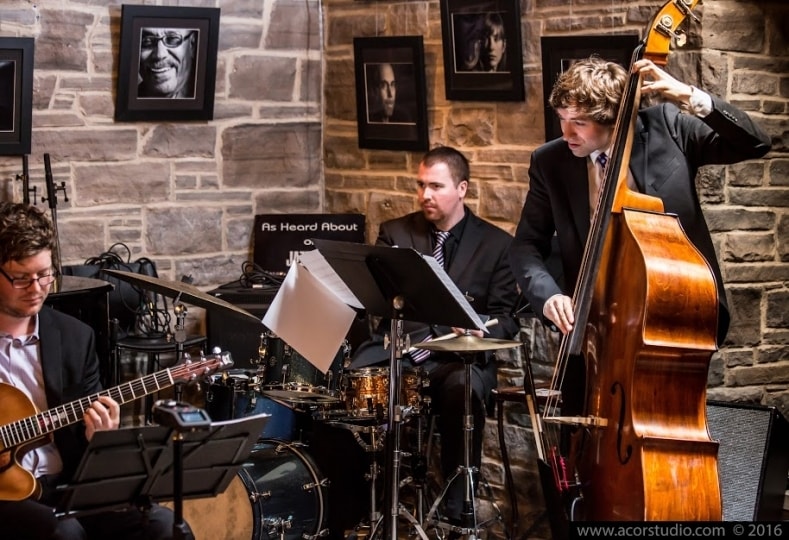 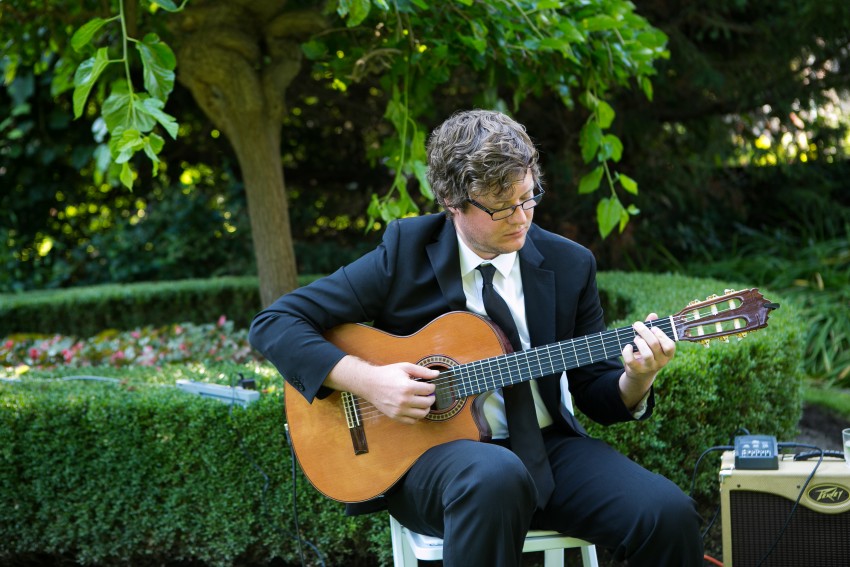 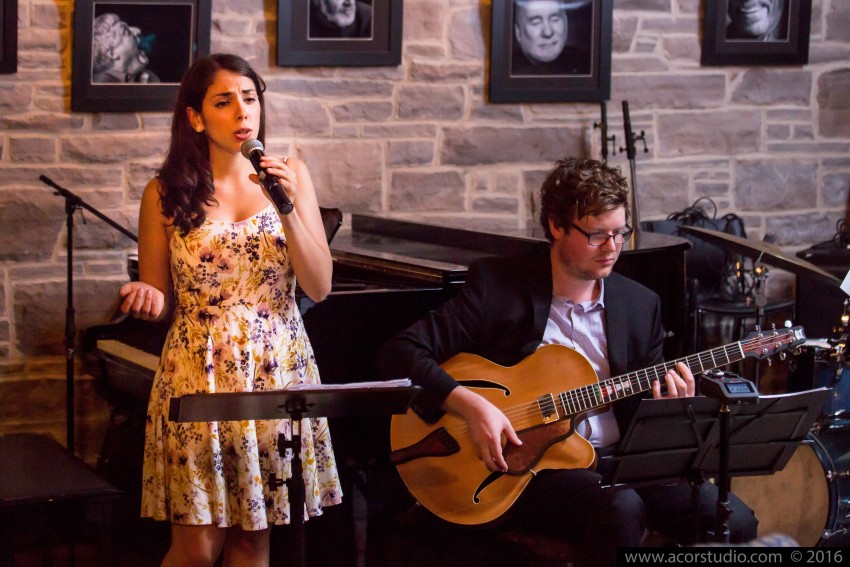 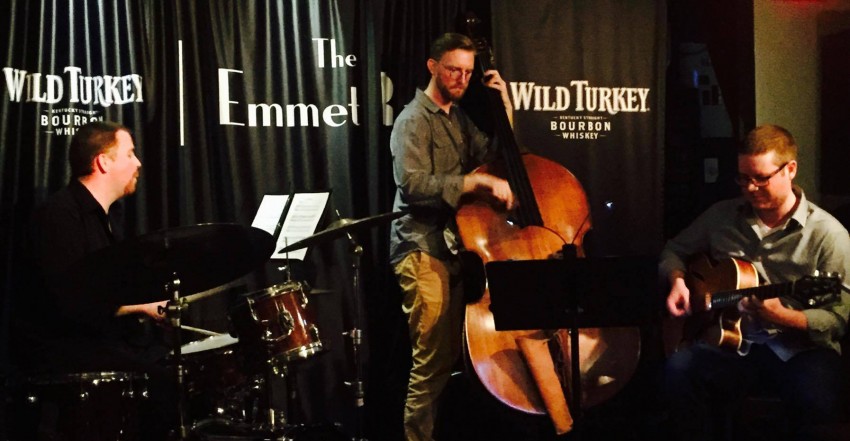 Add class and a warm ambience to your next event with seasoned jazz guitarist Chris Platt. Having a great sense of touch and perspicacity, you are ensured a relaxed atmosphere that can be enjoyed by all.

Well versed in some of your favourite jazz genres such as Ballads, Waltz’s, Bossa Nova’s and Standards.

Chris also performs with different combinations from duo’s to quintets. See below for more detail on larger ensembles.

You will be in direct contact with the musician and are guaranteed a quick and courteous reply.

Please feel free to call ((phone number hidden)), visit my website ((link hidden)), or email me (chrisplattmusic(link hidden)) to get started with your booking!

Chris and John provided us with the entertainment for our event. They were excellent and we received many compliments. I have to say there's nothing like guitar and sax together, and then to top it off, exceptional talent! They were very accommodating and worked around our program. We were so thankful to have such fine talent, to help us celebrate our special event.

Book Chris! He was above and beyond! Amazing!

Chris and his vocalist partner were absolutely amazing! Everyone commented on their incredible talent. They made the night unforgettable and were seamless setting up and incredible at playing for the intimate crowd. Don’t hesitate to book!

Thank you for the kind review!

Chris and his crew were fantastic. They were professional and everyone in attendance enjoyed the music. I would highly recommend them.

Just want to send you a quick note to say how much I appreciated having you play at my 50th birthday party! I love the guitar and was so happy to know that Marc hired you for this special event. You added a wonderful musical ambiance to the afternoon event - the jazz guitar tunes were just perfect for the occasion and the gathered crowd! As our guests were leaving later in the evening, I'm happy to tell you that we received some very nice compliments on your playing at the party.

Again, thank you very much for adding another touch of class to the celebration. I will certainly be recommending you to family, friends and work acquaintances.

With much thanks and appreciation for your wonderful musical talent,
Ann & Marc
Oshawa, Ontario

Everything we could have hoped for and more.

Chris Platt (and Jay) was everything we could have hoped for and more. Extremely communicative and quick to answer all our questions, he made it so that at least one part of the wedding planning process went smoothly and was completely stress-free. Chris really set our minds at ease during the process, has some great song suggestions, and was more than happy to accommodate our own song requests. Even better, when discussing potential combinations for a duo, Chris mentioned a tuba player and we thought that sounded like fun. End the end, not only was Jay great, but we even incorporated the tuba into the ceremony itself which brought a charm and comedy that our guests loved. Prior to the ceremony and after during cocktail hour, Chris created a wonderful ambiance which lent itself to our venue (Le Select Bistro) and had our guests complimenting us on the choice all night. Perhaps best of all, was how many people told my wife and I that they felt the evening really captured "us." Again, we have Chris to thank for contributing to that.

As a valued client, you can expect speedy replies, quality entertainment, and above all else, an enhancement of your event. You can also expect to continue conversation. Due to the nature of a solo performance, particularly solo guitar, the volume can be adjusted to your specific needs.

Chris has been performing for over 5 years in many different musical situations. He began in a blues band which he led up until his acceptance into Mohawk College for Jazz Performance. Throughout his time at Mohawk, Chris further developed his jazz skills by performing with fellow students and faculty. Upon graduation, performances have taken place in many cities from Toronto to the Niagara region where he has been playing Jazz and Motown for many corporate, public and private clients. Chris also teaches private guitar lessons and an after school program.

In 2012, Chris Platt was featured on the Jazz FM 91.1 radio station. There was an hour long interview led by Brad Barker where recordings of Chris were played and discussed on air.

One of Chris' biggest inspirations for his solo guitar performances is Lenny Breau. Lenny's sophistication and delicate touch mixed with his virtuosity, made him one of the best solo guitarists of all time.

The client has a choice of 2 different guitar sounds:

Fly Me to the Moon
Lullaby of Birdland
Stella by Starlight
My Foolish Heart
Days of Wine and Roses
Someday My Prince Will Come
Black Orpheus
Just Friends
Body and Soul
Giant Steps
So What
Georgia on my Mind
Summertime
I Should Care
...and many more! Please contact for any requests. 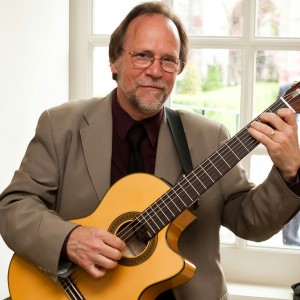 David said “We approached Dunstan on relatively short notice to provide music for the reception of our corporate seasonal party. He was friendly and professional…” 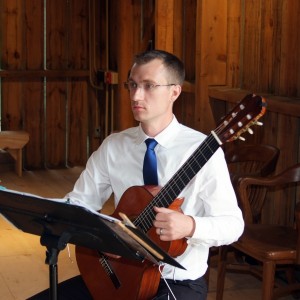 Jillian H. said “Our wedding ceremony took place during the 2020 COVID 19 global pandemic and Dan worked with us throughout the whole process. We had booked Willer music…”

Charlie R. said “Mark was on time, fantastic to work with and very polite! All in all great service!”

Ashley K. said “Jarek elevated the party, taking guest requests and being able to play both soft tempo and upbeat music at the drop of a hat!! Would recommend for any…”