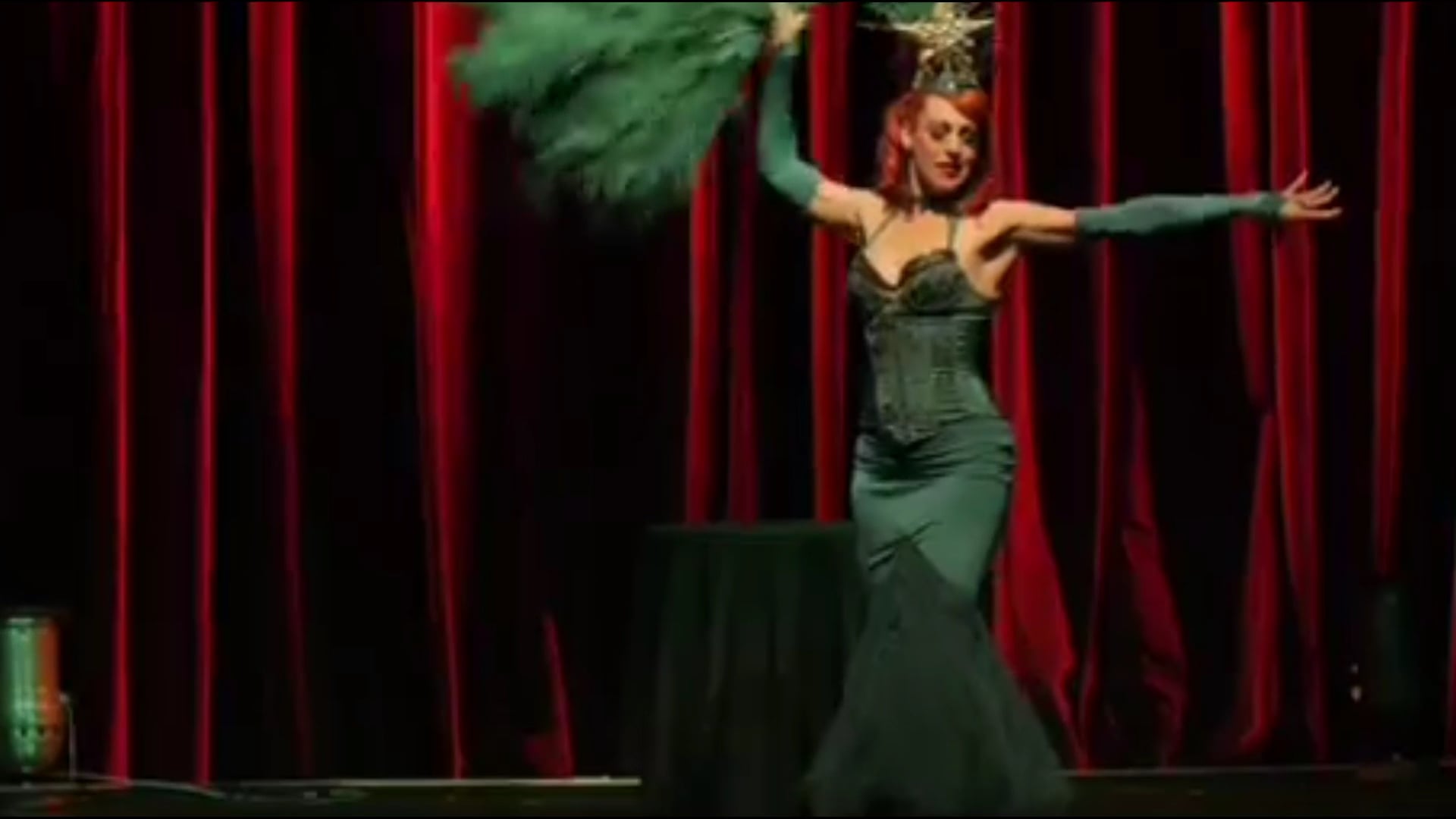 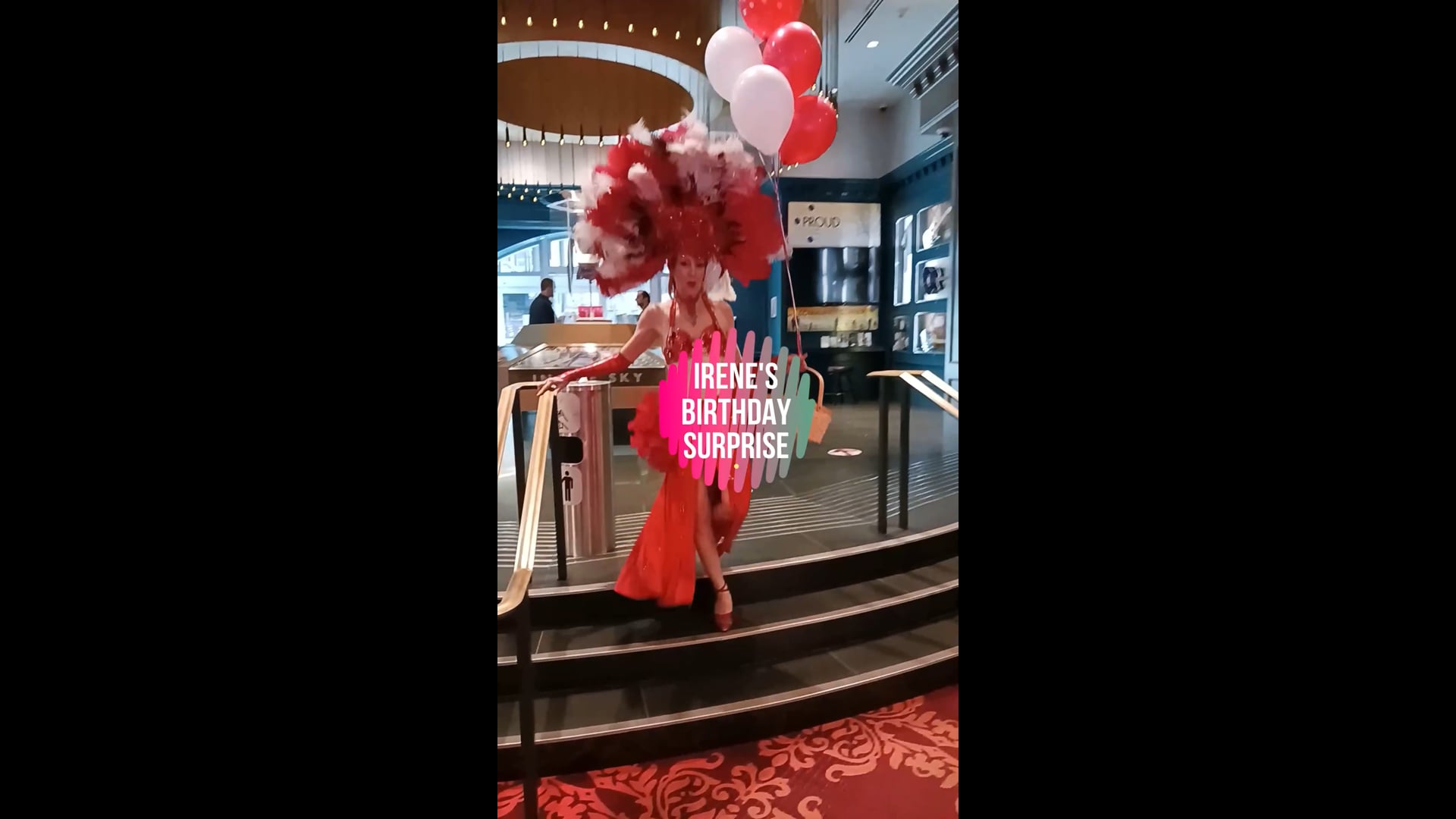 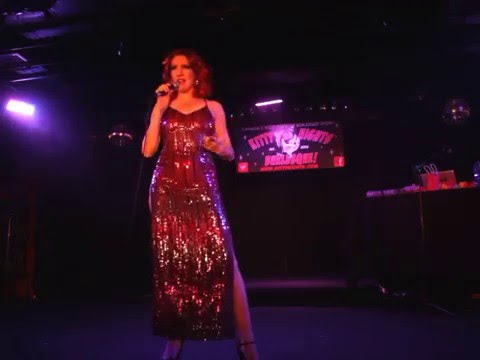 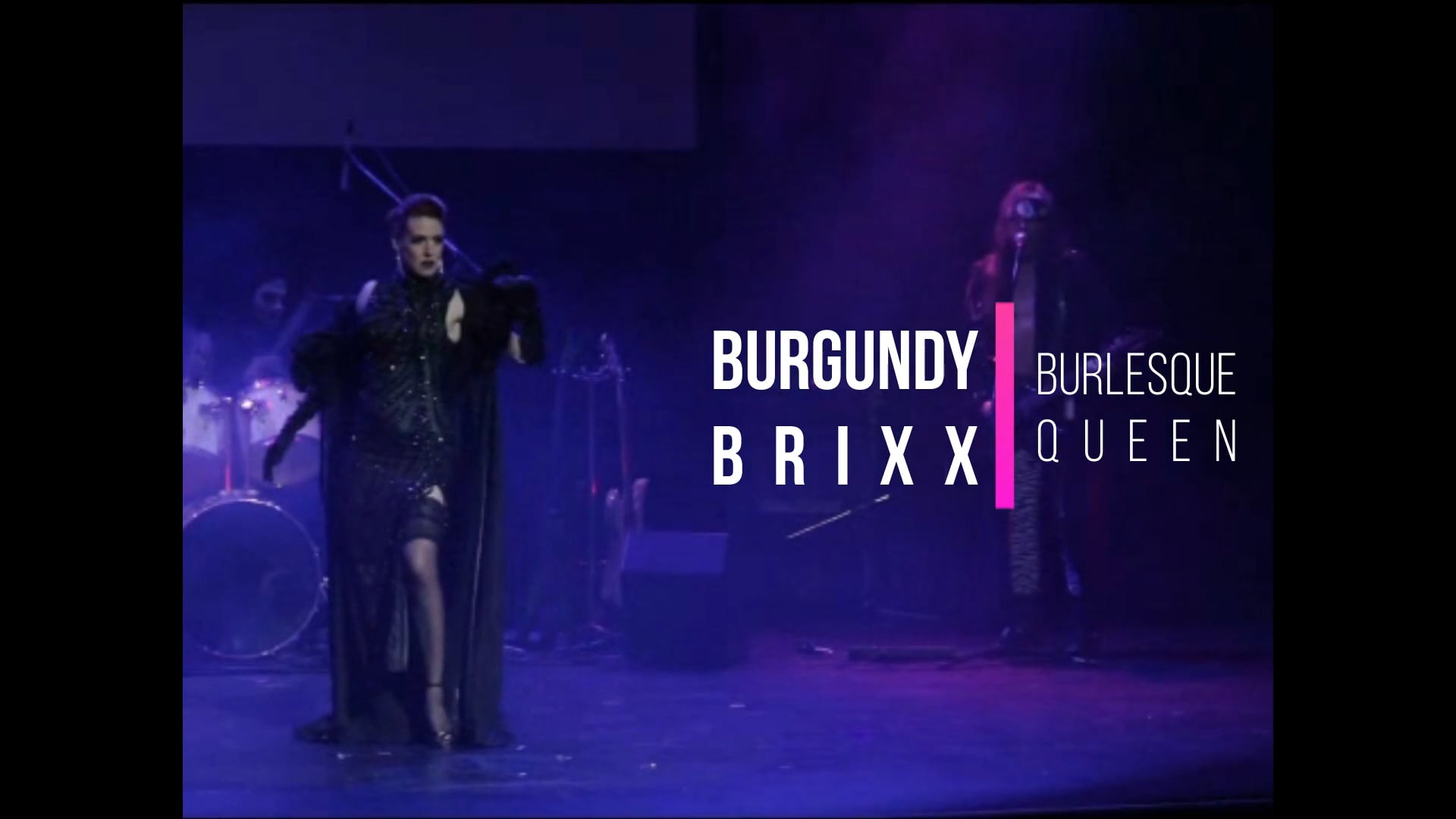 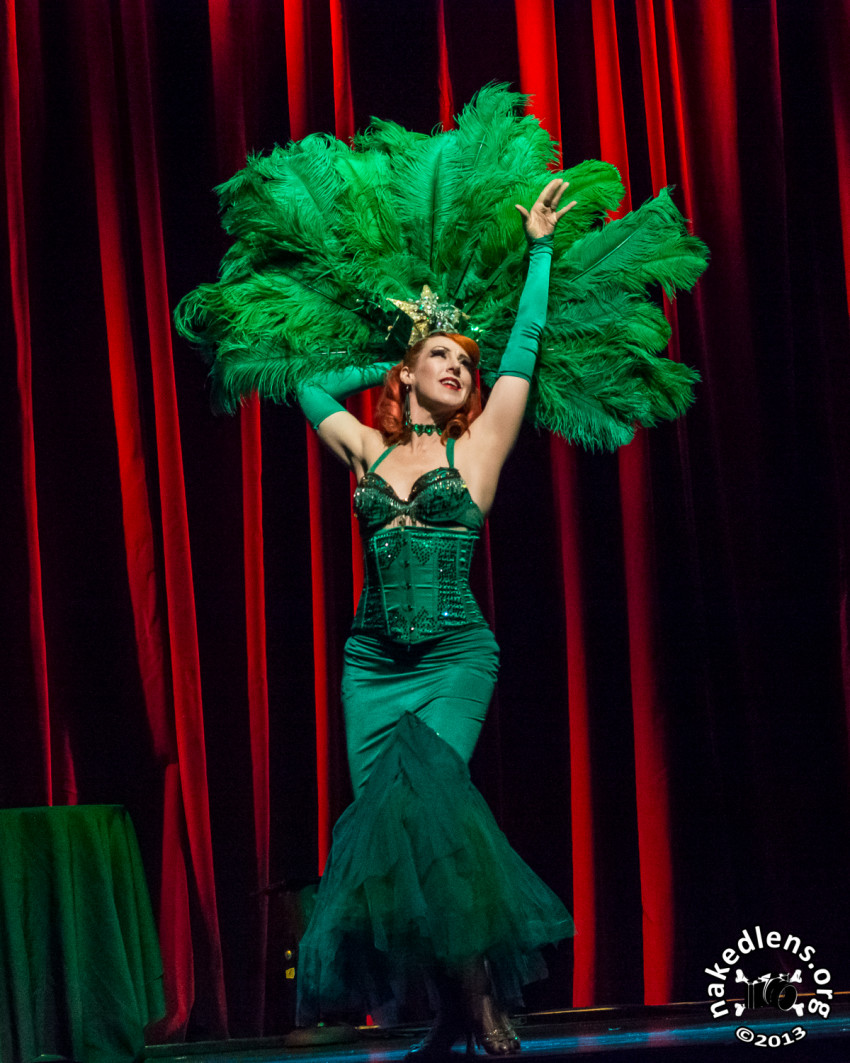 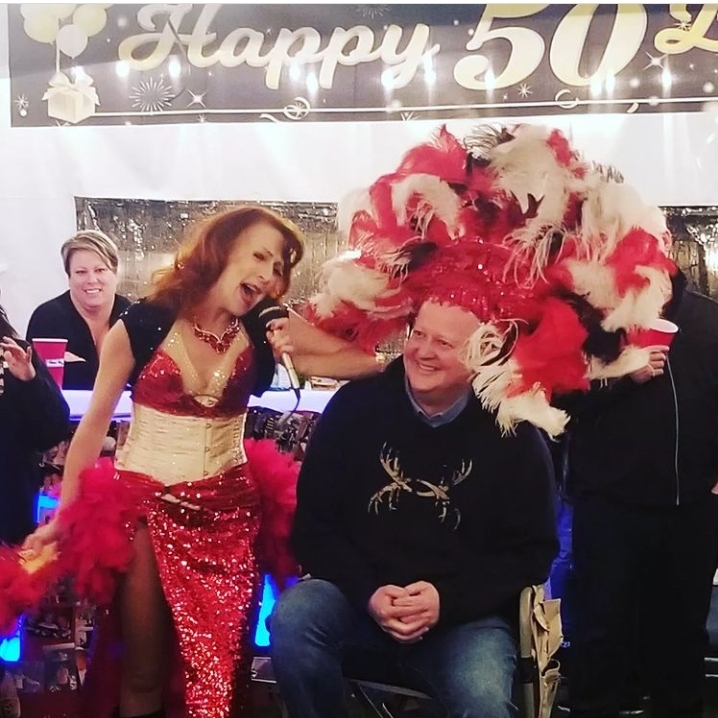 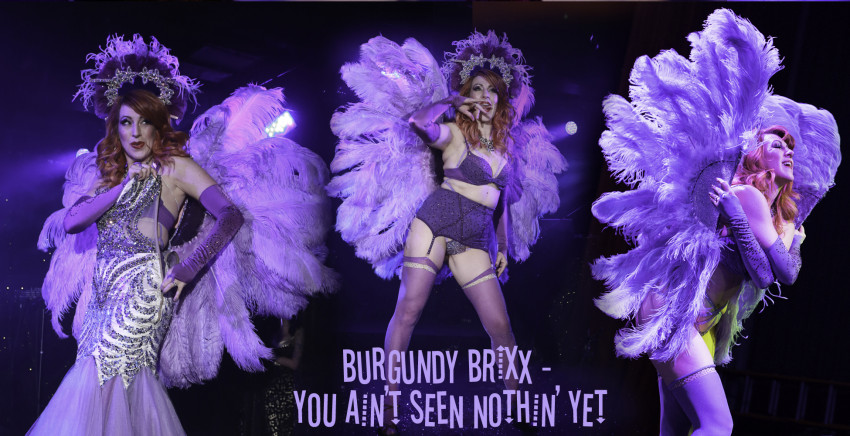 Burgundy's glamorous and comedic "You Ain't Seen Nothin' Yet" 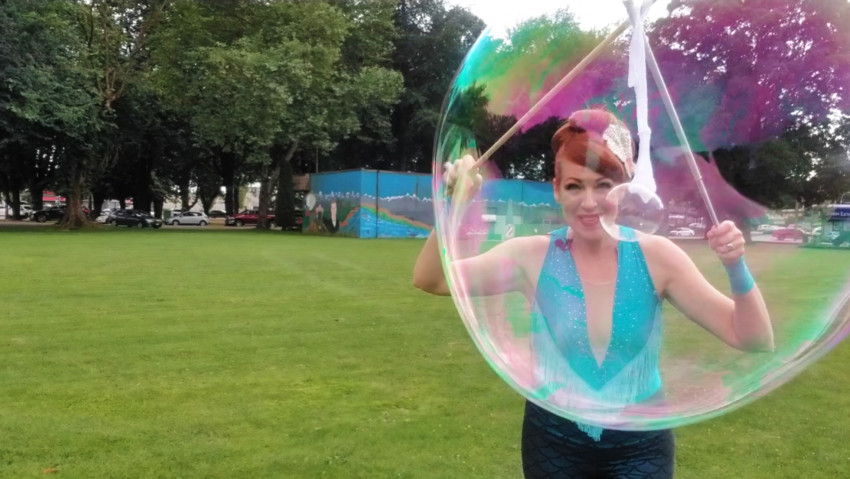 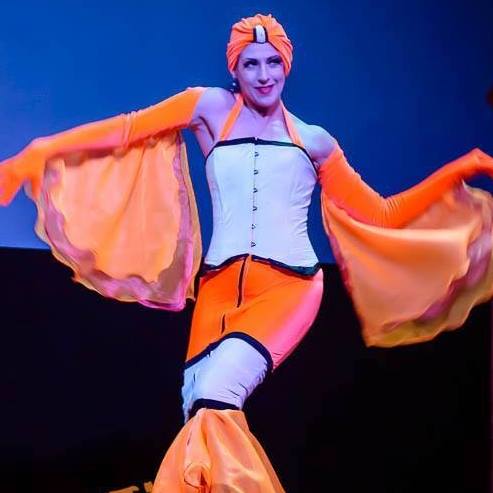 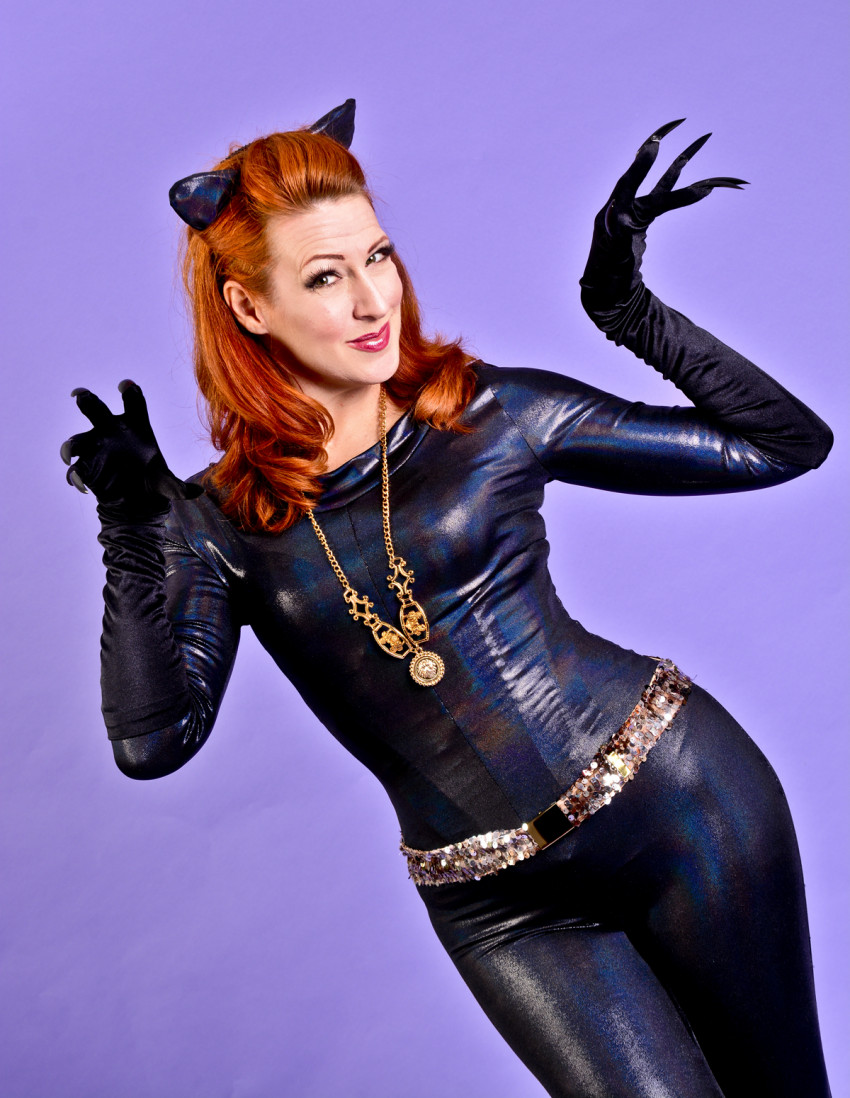 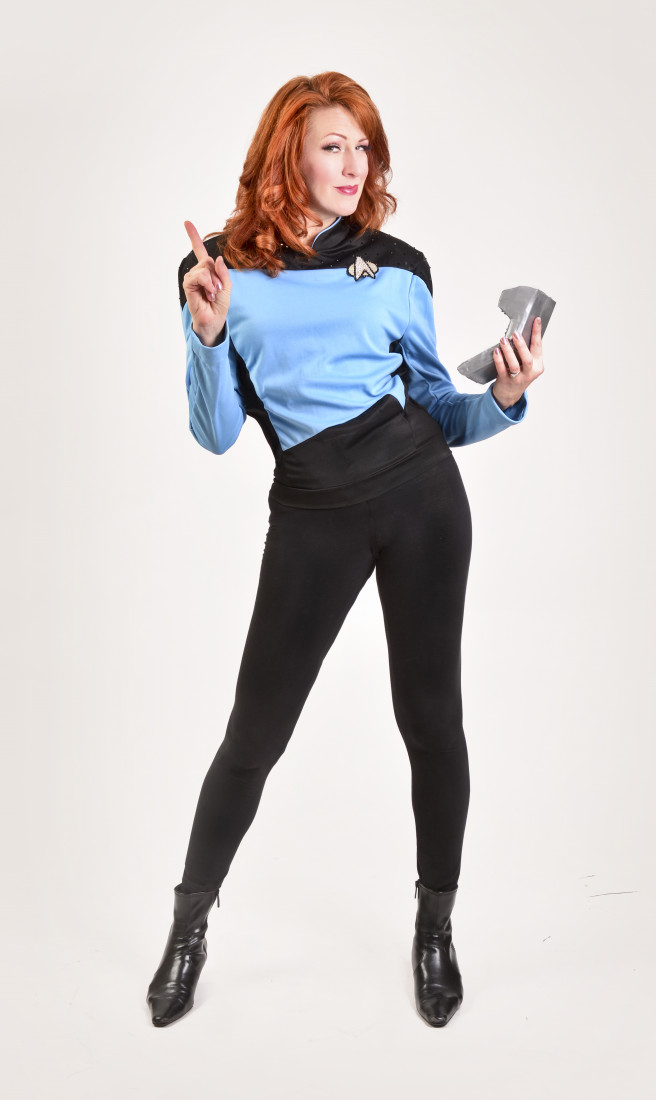 Did starfleet call for a DOCTOR? 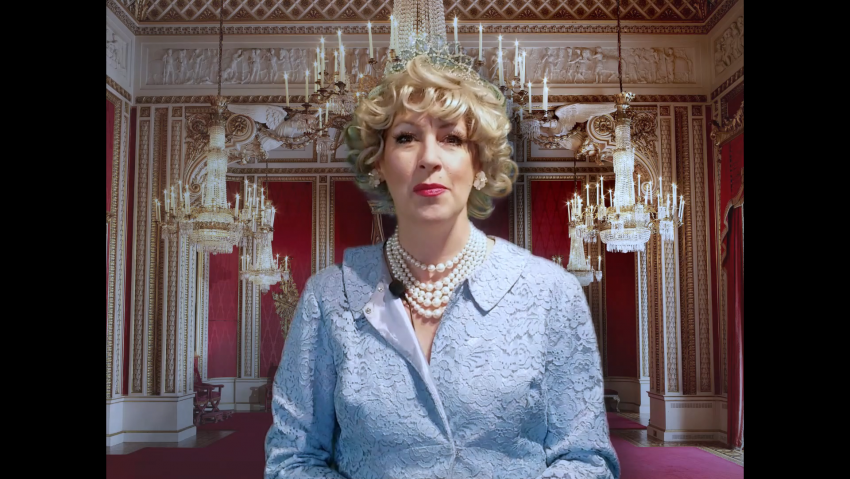 The Royal Treatment! Let Queen Elizabeth deliver a singing telegram to that special someone! 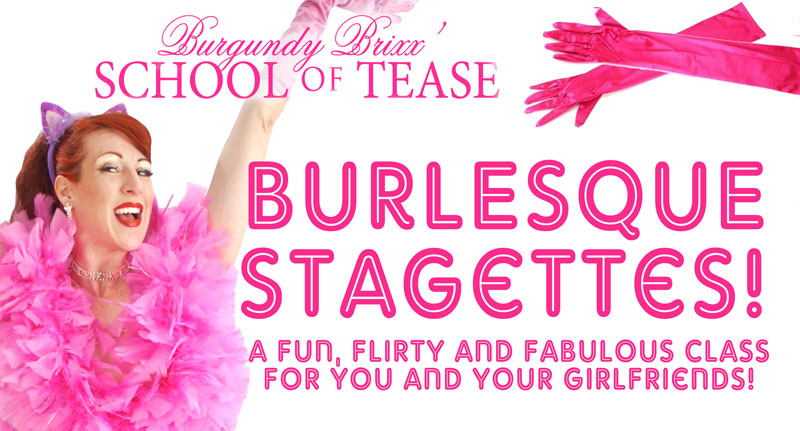 I'll come to you to teach a fun and fabulous class! 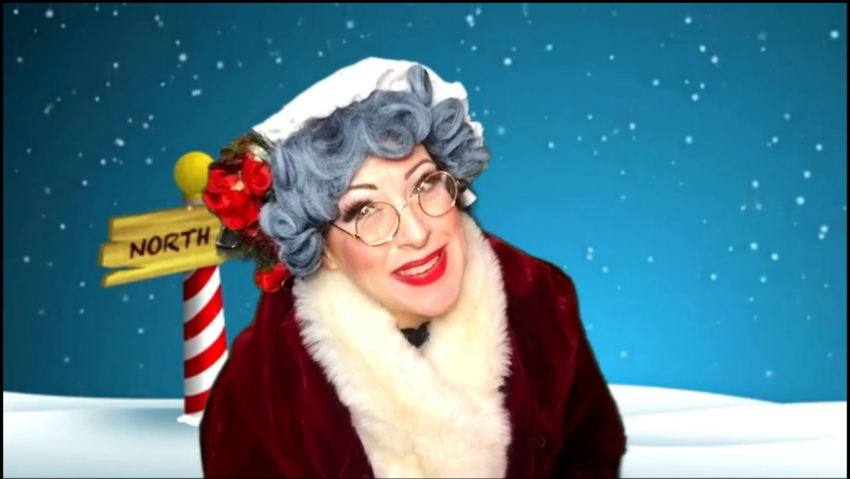 Send a Christmas-Gram direct from the North Pole from Mrrs. Claus!

Glamour and humour! That's what Burgundy brings to any party or event. Whether it's a high-energy singing telegram, a saucy burlesque performance or one of her renowned "School of Tease" stagette parties, Burgundy is sure to be the hit of the event your guests will never forget! VIRTUAL SERVICES PROUDLY OFFERED IN ALL CATEGORIES! A professional singer, actress, dancer and three-time nominee for the world title of "Queen of Burlesque" in Las Vegas, Burgundy's style and professionalism will undoubtedly be an asset to your event. She's happy to work with the comfort levels of any event planner to ensure that your guests are delighted.

Burgundy was an absolute hit!

Burgundy Burlesque was just lovely to deal with! Great communication, on time, and JUST THE PERFECT amount of sweet, seductive and sassy for a little interlude during my husbands 50th bday dinner party at a friends.
It was GREAT that she already had a performance that fit into my needs (a Tom Waits song), and our guests and the birthday boy LOVED IT.
Thank you so much! It was the easiest part of this party planning by far!

Reliable, communicative, hilarious, incredible singer. We sent her to a new mom’s home for her 40th bday - just a surprise around 1pm lol She loved it and said “If this is 40, I’m up for it!”

What a show stopper! The 50th celebration was topped off with a tribute to hubby’s favorite Reba. From communications, planning and details to make everything perfect for his special night.

I could not be happier with Burgundy Burlesque. She did just as asked and her performance was GREAT!!!!
I would highly recommend to hire her for any event you are looking for.
I can not thank her enough for surprising my future son-in -law for his 30th! and on a short notice!
K Jed

Loved it! I had asked for a singing telegram with a twist on Mama Mia, and Burgundy provided many creative twists and three different ABBA songs complete with glitter gun, tambourine, sequined outfit and lots of energy. Kicked off a dinner party perfectly...

They were both very talented and the communication with Burgundy to set everything up was nothing short of excellent.

I would definitely hire Burgundy again and would highly recommend her to anyone else who is looking for a singing telegram!

Burgundy was excellent. She accommodated us on very short notice . She showed up to the restaurant as Lady GaGa and sang my son a song. He was so surprised . She was very entertaining and kept all of us engaged. Well worth it to spice up a party. Thanks again Burgundy!!!!

What a wonderful and fun performance. I would recommend her to anyone. So much fun!!!

This was a perfect experience. 10/10 would use again.

I had hired Burgundy Burlesque to surprise my aunt for her birthday and she knocked it out of the park. My aunt is an ABBA fan and Burgundy Burlesque did a special ABBA performance for her -- silver sequin bell-bottom jumpsuit and all! She was also super communicative and professional. Cannot recommend enough!

She was able to accommodate me on short notice, amd did an amazing performance. My aunt called me after she left and she was so thrilled by the surprise amd it absolutely blew her away. Thank you again.

She did a great job. I booked at the last minute and she entertained the group at work. They all thoroughly enjoyed it. She was entertaining , professional and Covid safe. Thank you for making it a special celebration, especially with Covid and the lack of being able to do anything!

I asked Burgundy to surprise my boyfriend on his birthday at his workplace with a song and dance making it an awesome surprise for him and the co-workers!:) Beautiful lady, dressed in red with such a fun act made our day very much fun and memorable! Highly recommend her!

Made my sister's night!

I hired Burgundy of Showgirl Sisters to come perform and teach a burlesque class at my sister's bachelorette party and she was phenomenal! Elegant, funny and a little bit naughty; all the elements we were looking for to make my sister's night memorable. All the guests had so much fun and I know we'll be talking about it forever.
I really can't say enough about how pleased we were. Burgundy is a true master of her craft and you can tell she is passionate about what she does.
Do yourself a favor and book her!!!
Thank you so much for making my sister's night. Xo

Thank you so much, I'm so glad! You ladies were a blast!

Hi, I'm Burgundy Brixx! I'm trained and experienced professional actress, dancer and singer as well as a friendly and vibrant personality. I aim to make your event the most dazzling and memorable experience possible for your guests. I'm outgoing, friendly and above all, professional. Clients have booked me to greet guests upon arrival, to hand out party favours or champagne, to help motivate guests to get on the dance floor, to direct the flow of event traffic, and also to perform showgirl-style dance or burlesque routines, singing telegrams, nightclub singing or vintage go-go dancing. I'm also a professional emcee and can keep your event running smoothly and in style!

A professionally trained singer, actress and dancer with a BA degree in Theatre Arts, Kyrst Hogan aka "Burgundy" has worked as a professional performing artist most of her adult life. She currently sings and tours with her husband in the acoustic duos, "Johnny & June" (a tribute to Johnny Cash & June Carter) and "KD - A Tasty Canadian Tribute" She worked as a principal singer, dancer and actress in New York for over a decade in such productions as the world famous Radio City Christmas Spectacular starring The Rockettes , Norwegian Cruise Lines, Atlantic City Casinos as well as regional and off-broadway theatres and national touring companies. She also worked as a dance instructor for numerous studios in both Boston and New York, and has been successfully producing cabaret and theatrical events since 2006, winning the Geogia Straight's "Best of Vancouver" award seven consecutive years for her show "Kitty Nights". She was dubbed "A Dynamic Cabaret Chanteuse" by Canada's Globe and Mail and a "Burlesque Star" by The Georgia Straight. She was honoured to be selected to compete for the world title, "Reigning queen of Burlesque" for three consecutive years by The Burlesque Hall of Fame in Las Vegas. An accomplished creative and costume designer, she is renowned for the elaborate and fanciful original costume designs she wears in her cabaret work. As Burgundy Brixx, she has headlined shows and festivals in Toronto, Minneapolis, Dallas, Edmonton, Calgary, San Francisco and Las Vegas.
For more information on Burgundy, visit (link hidden) or (link hidden)