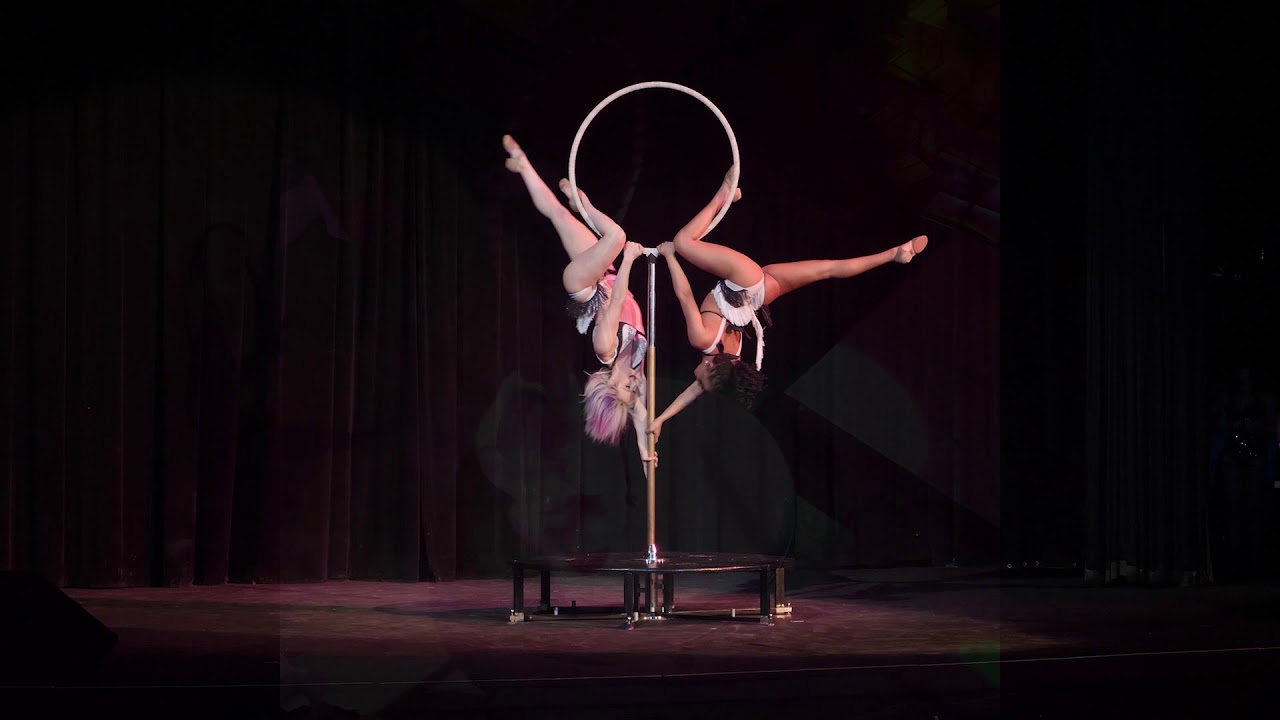 A combination of my many different types of acts. 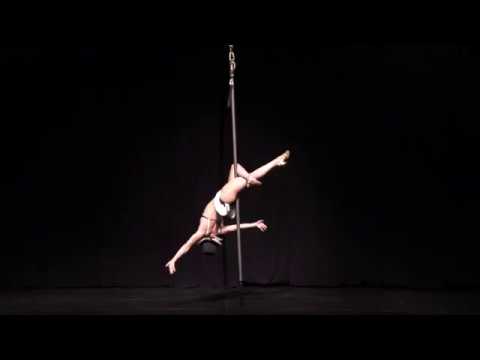 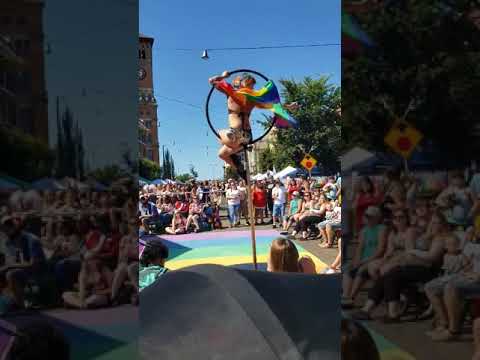 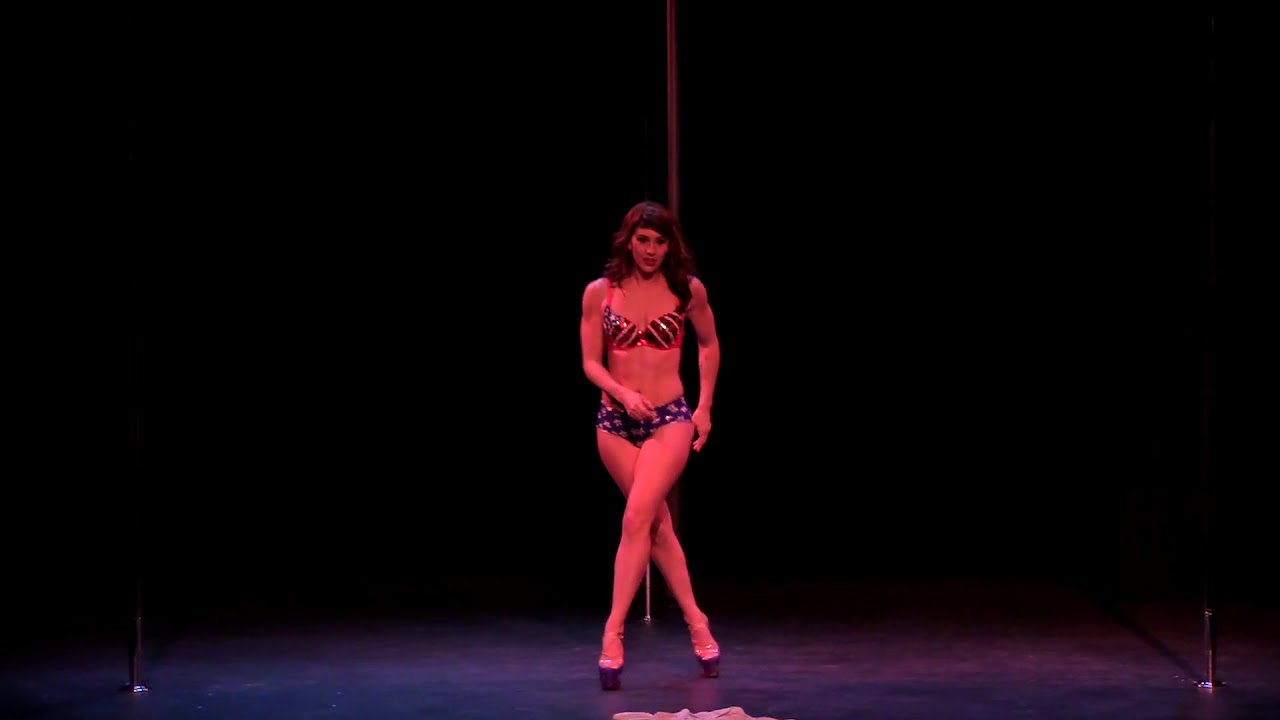 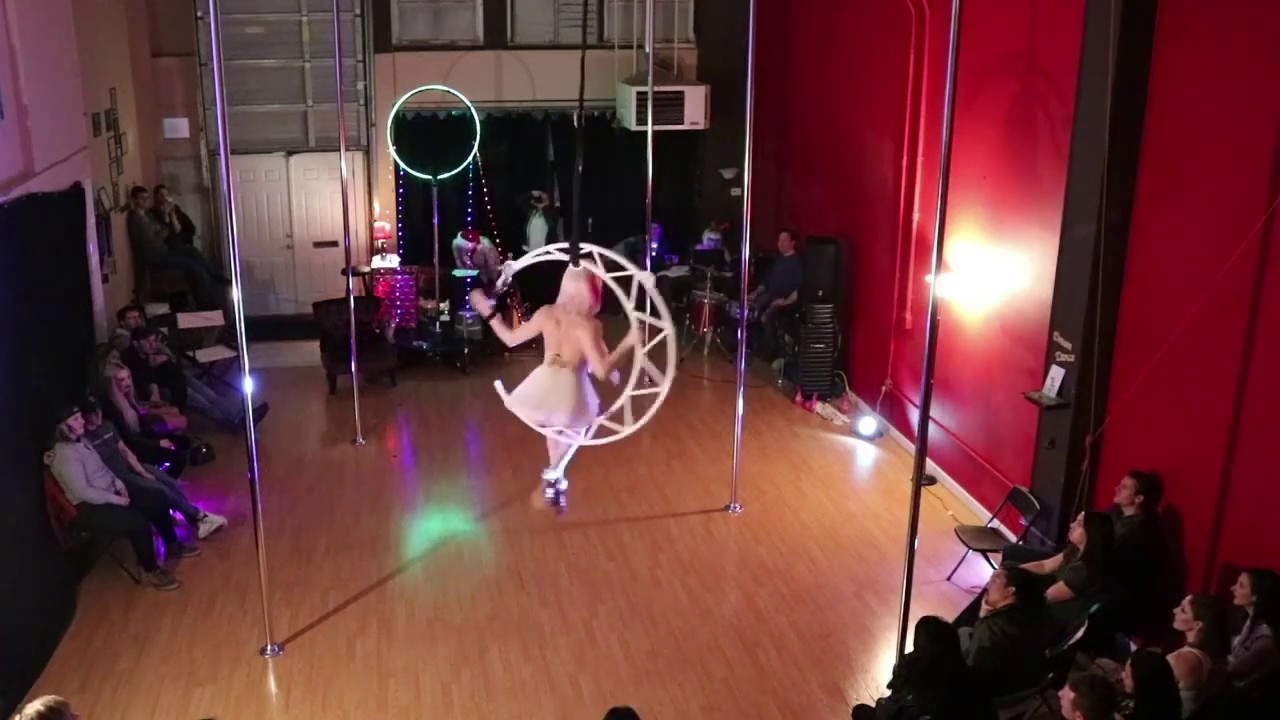 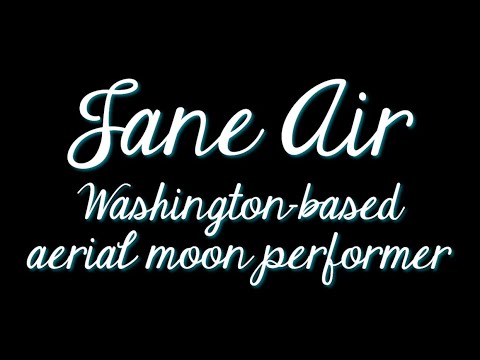 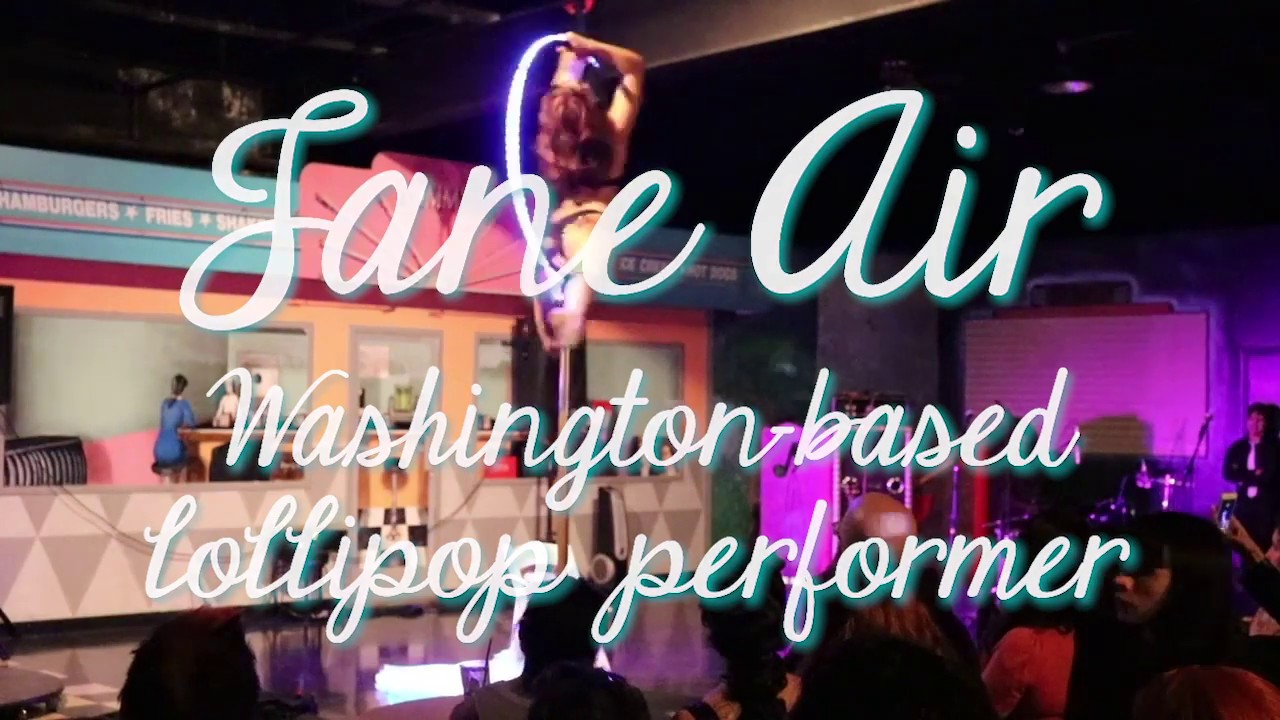 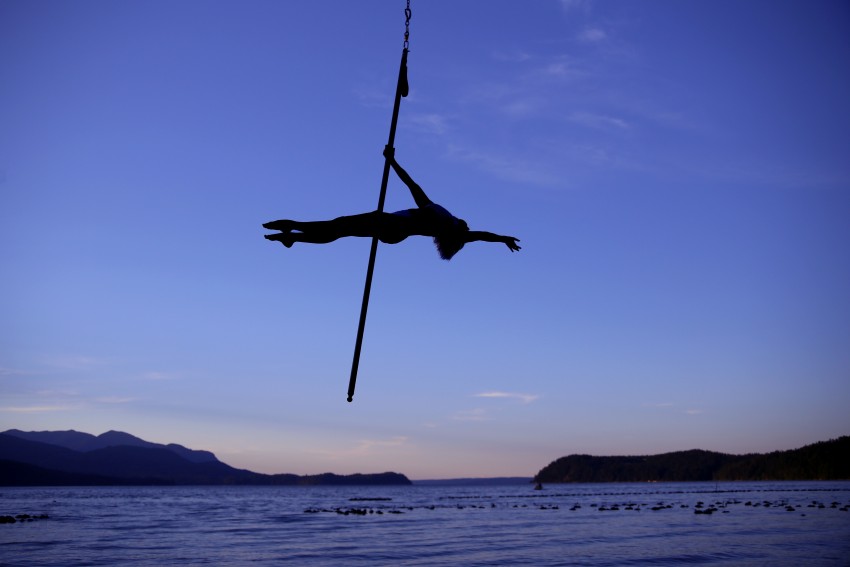 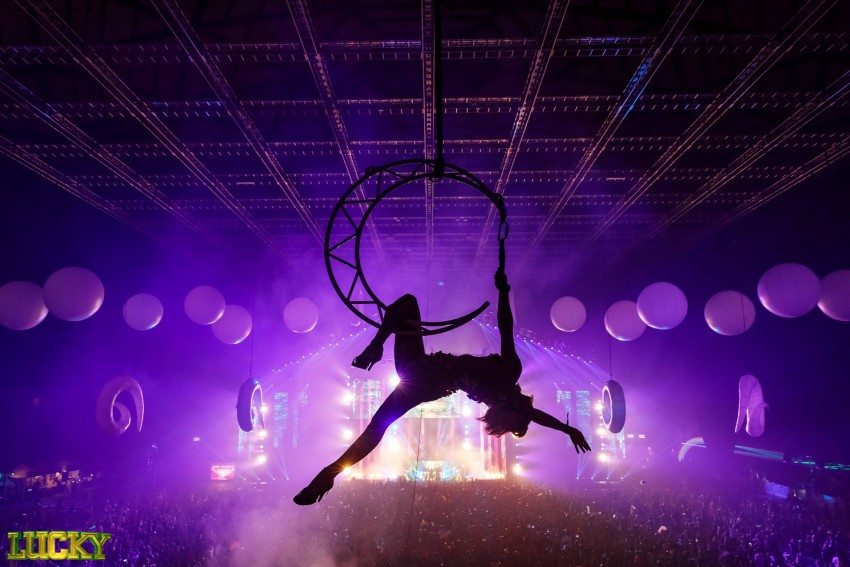 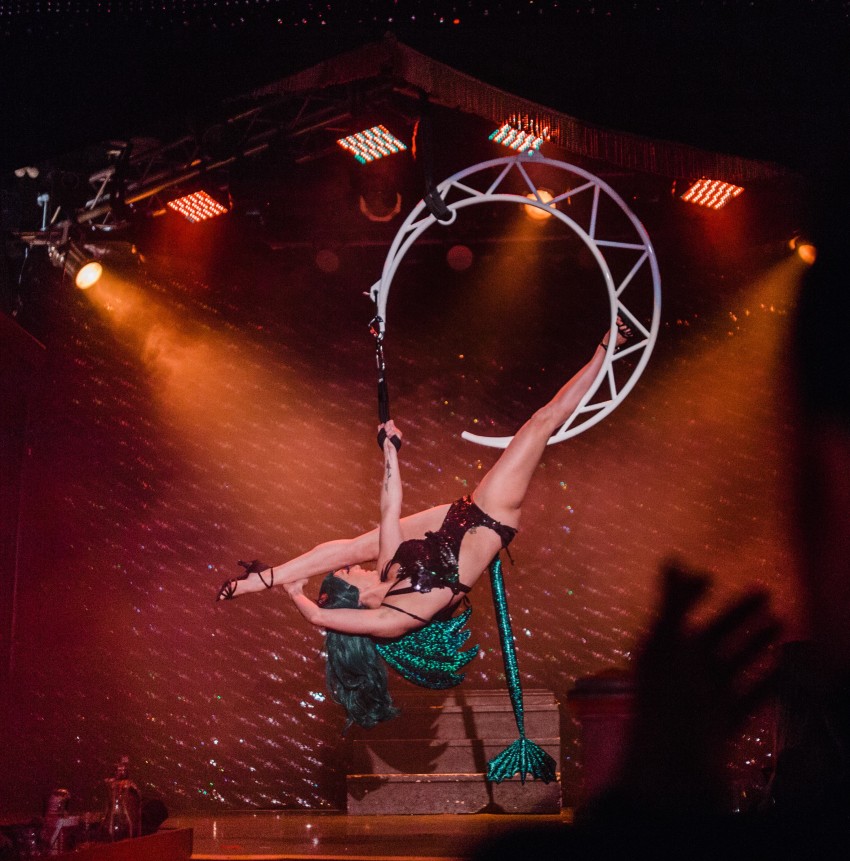 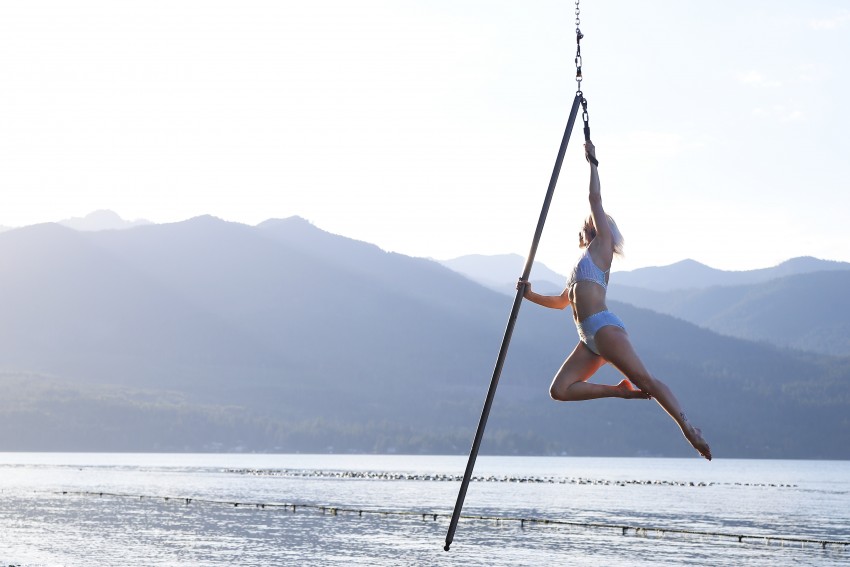 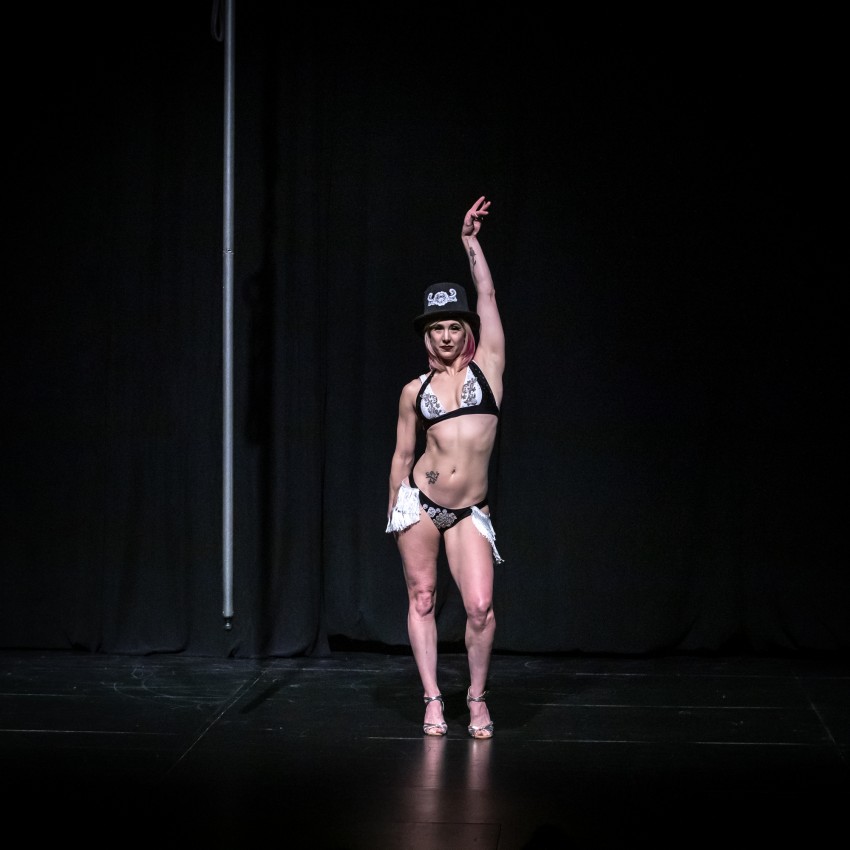 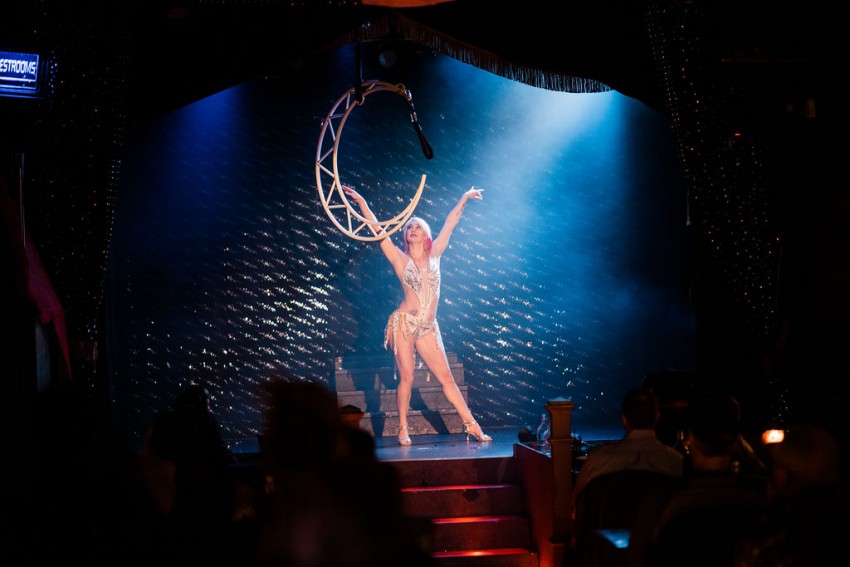 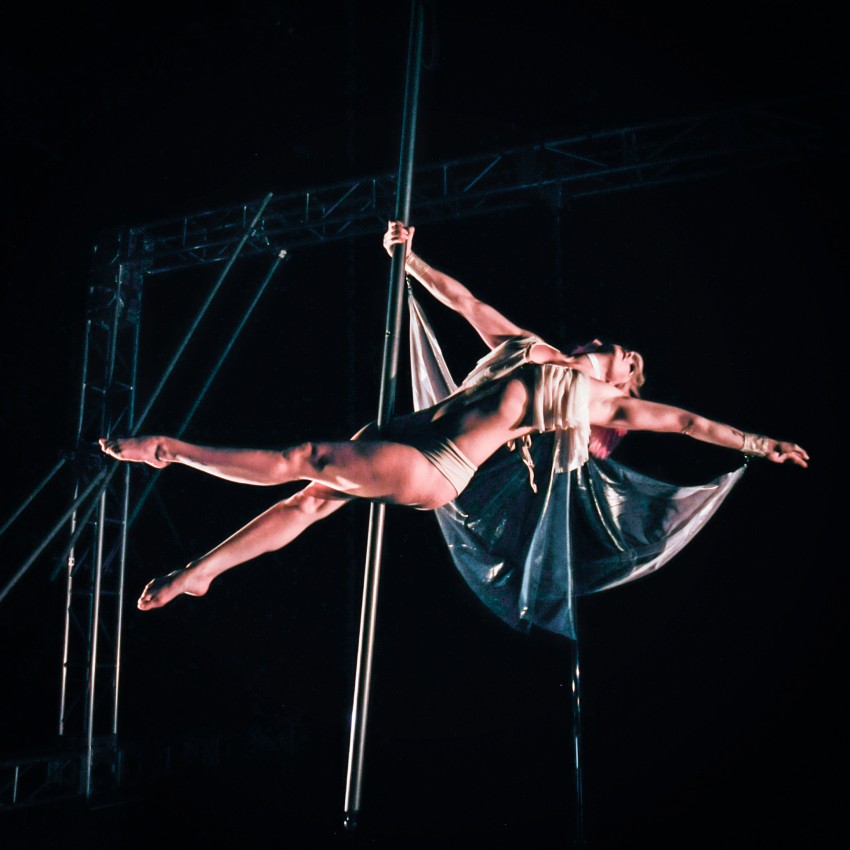 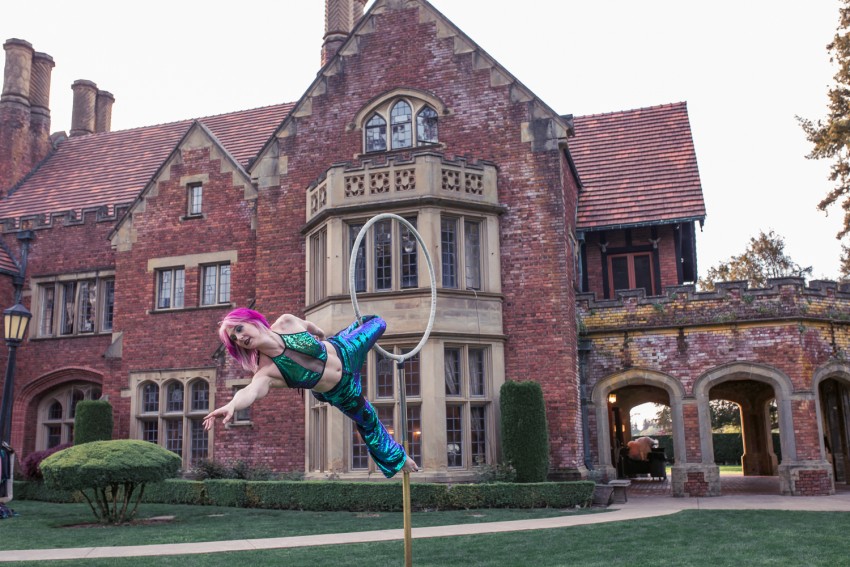 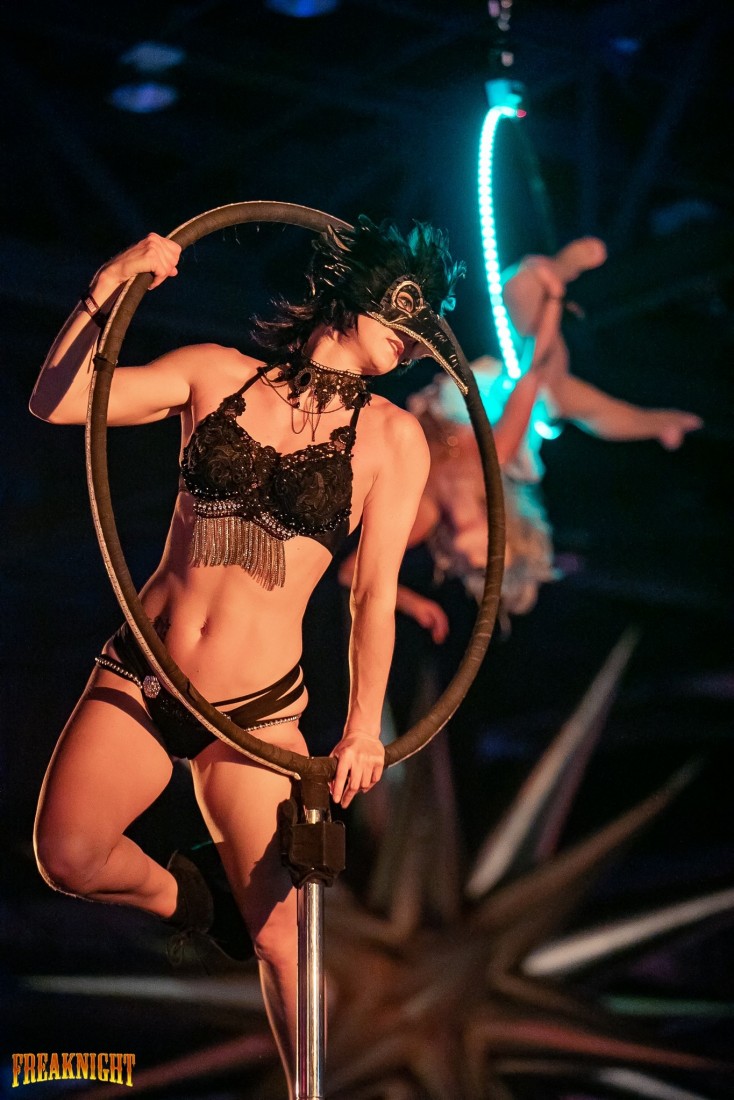 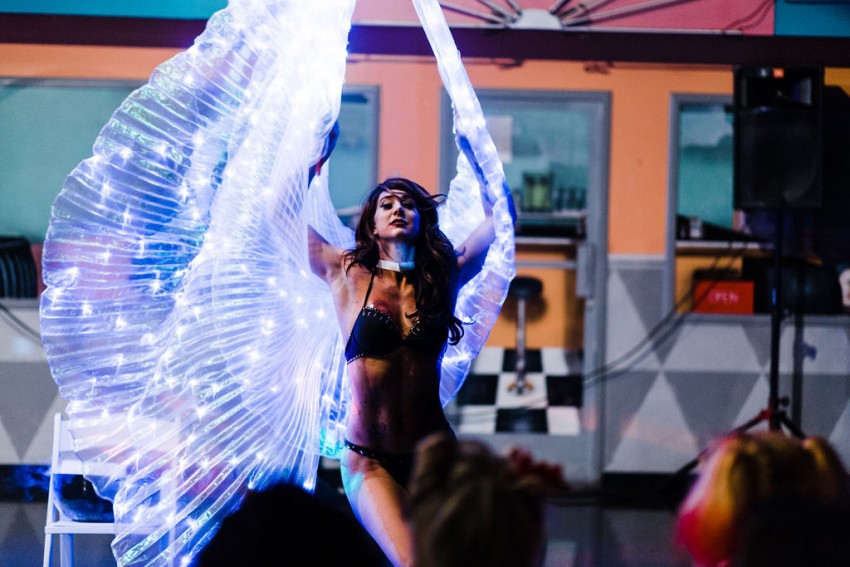 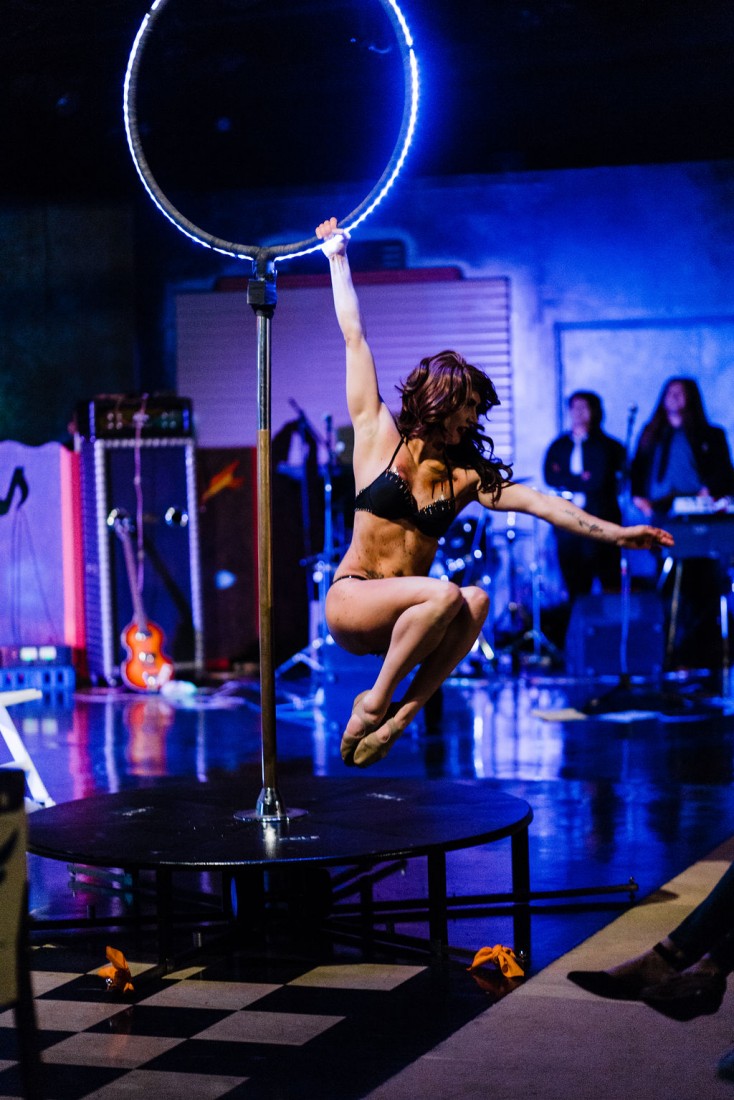 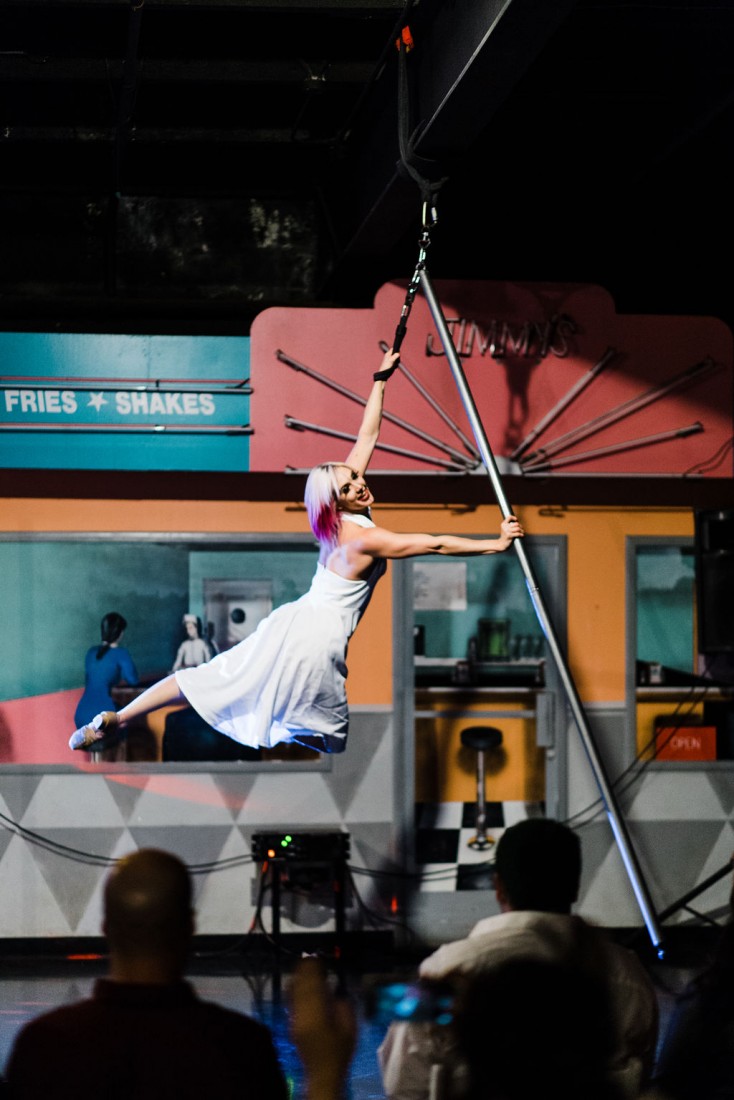 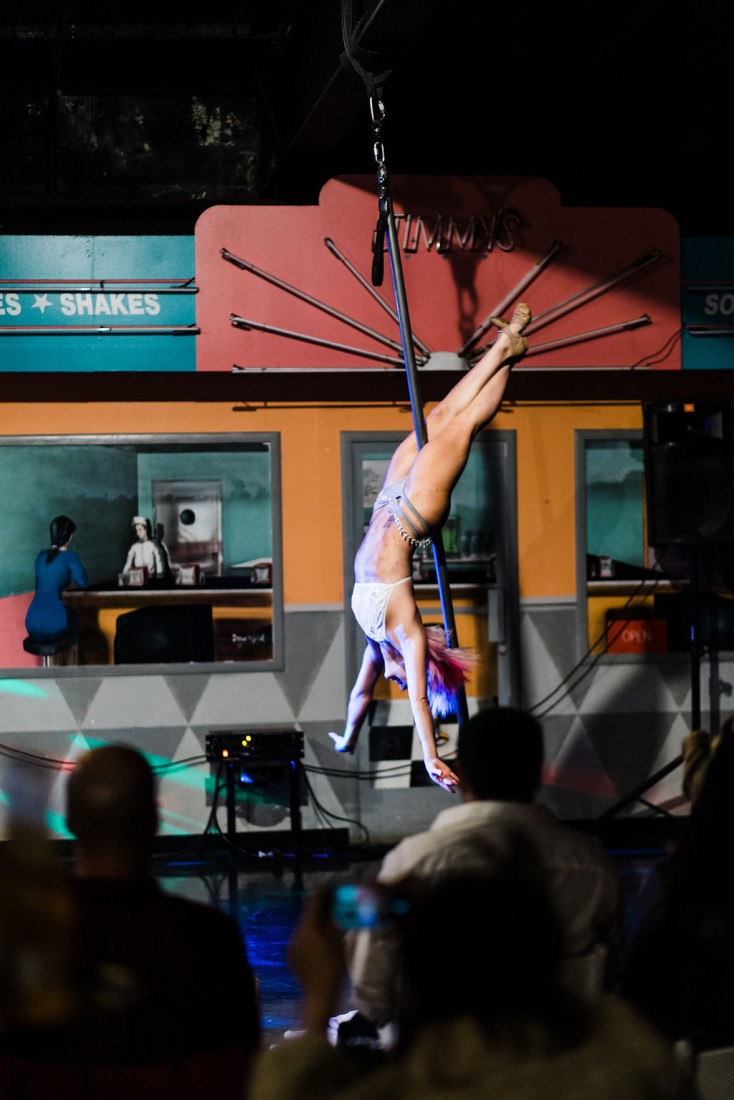 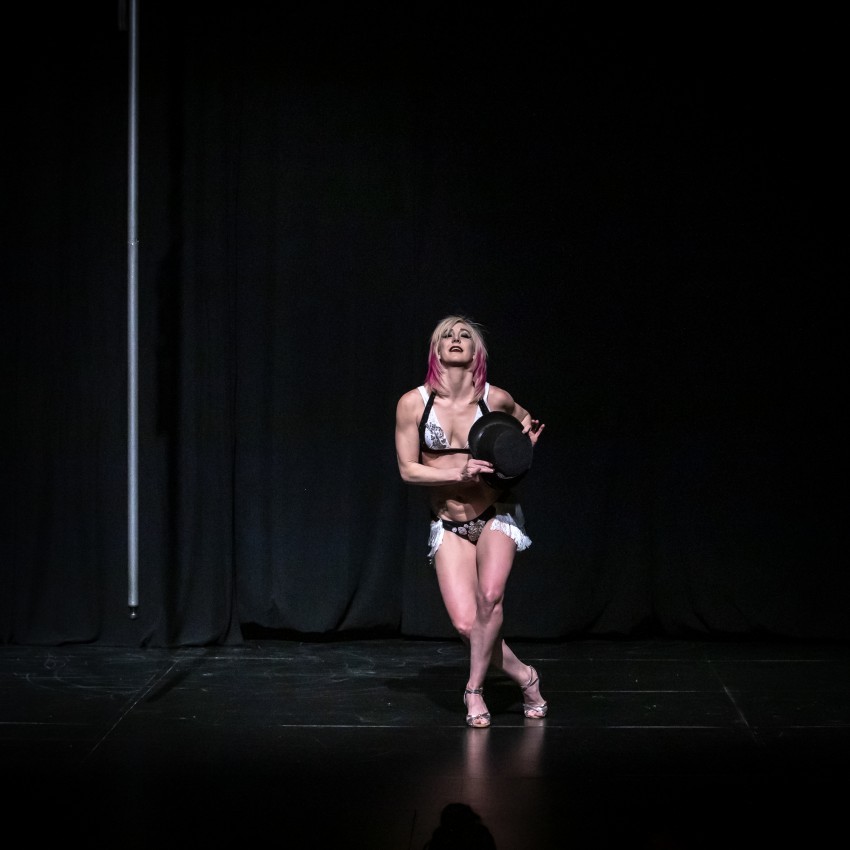 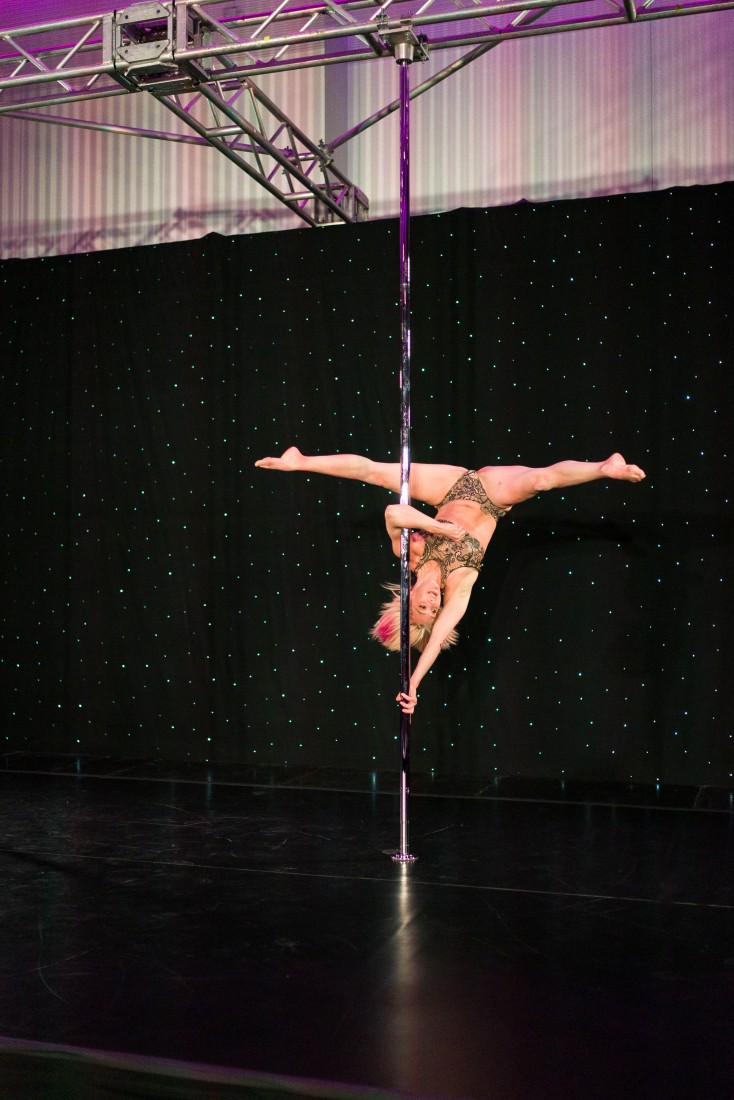 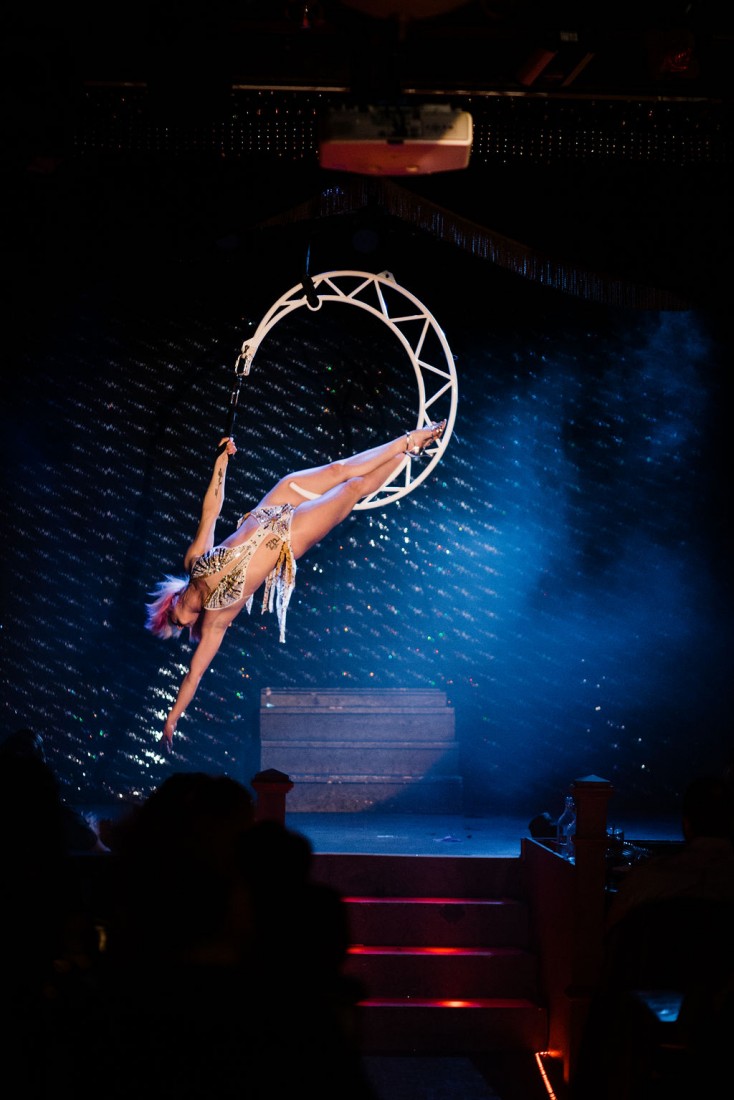 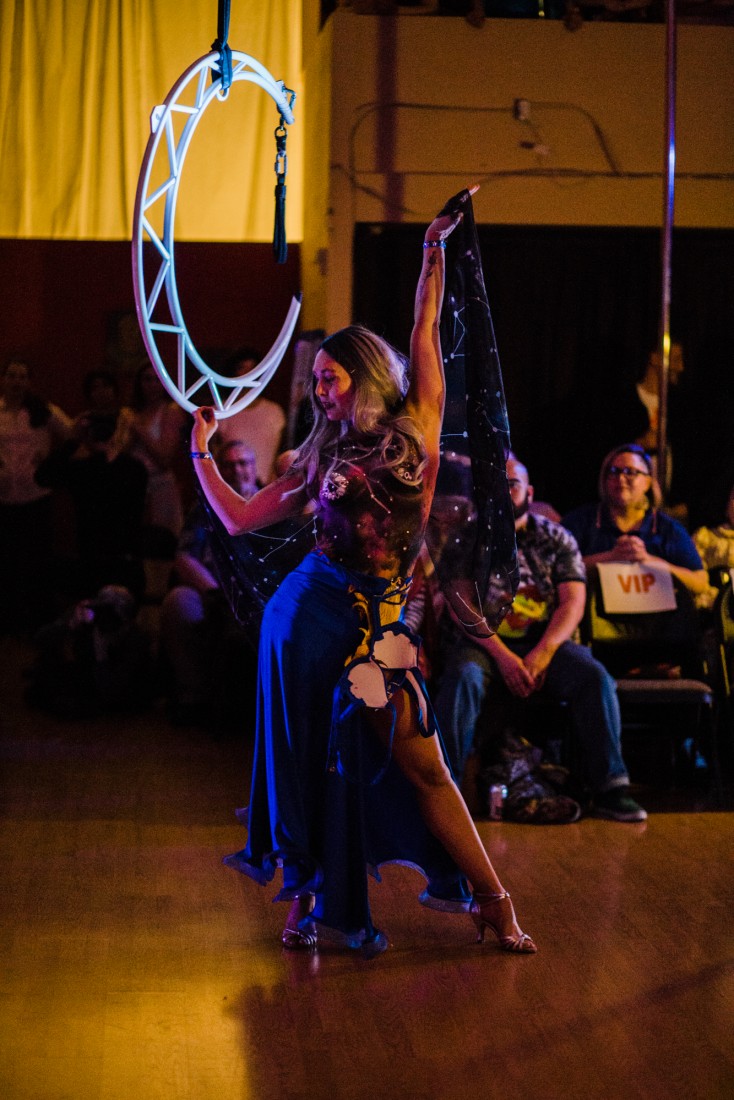 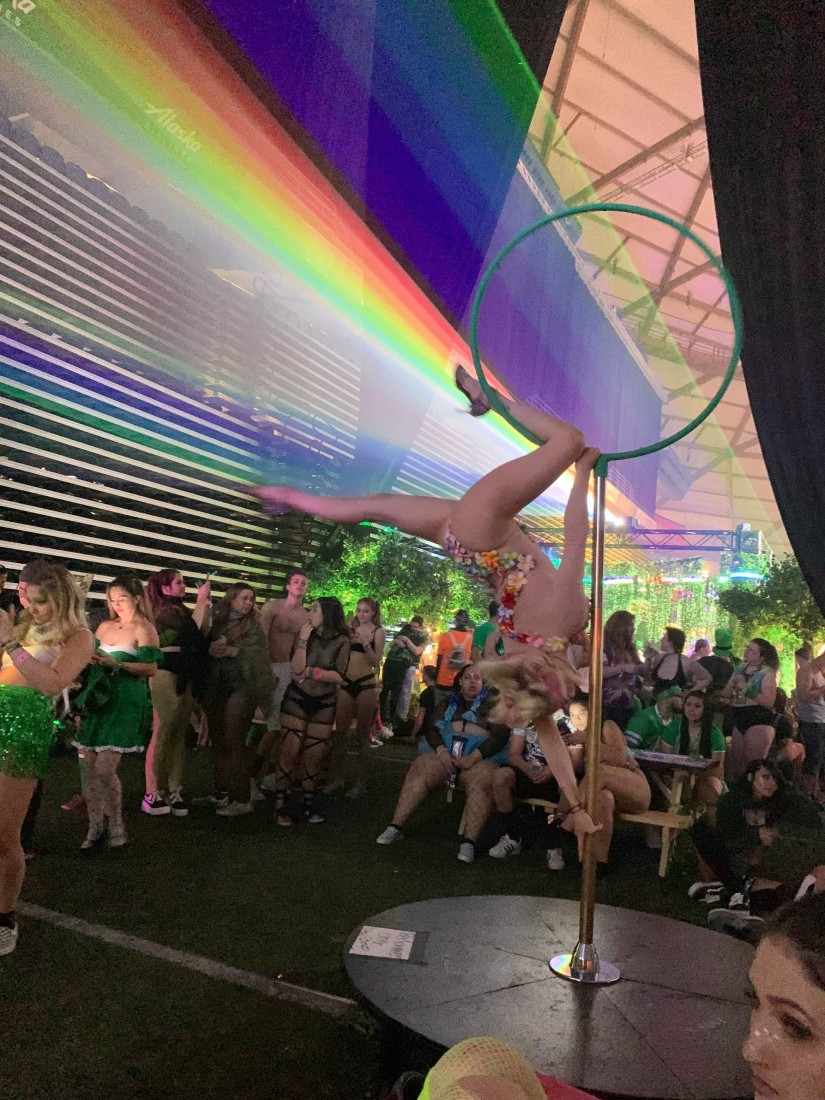 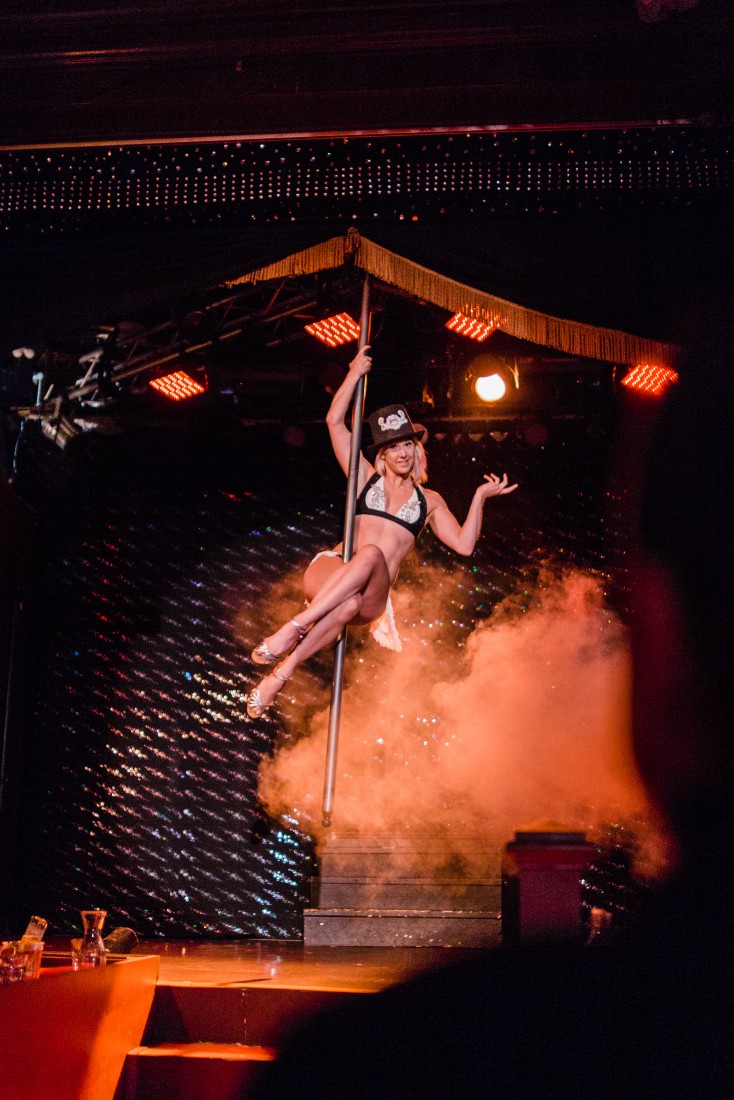 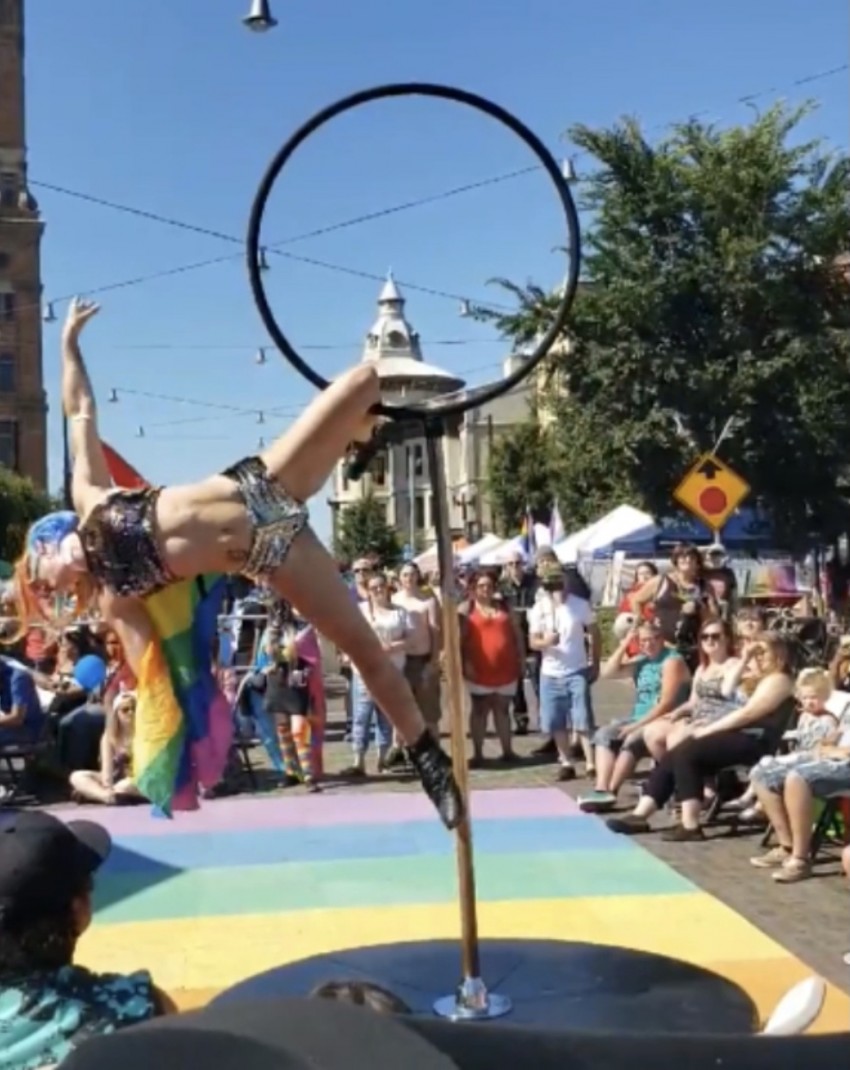 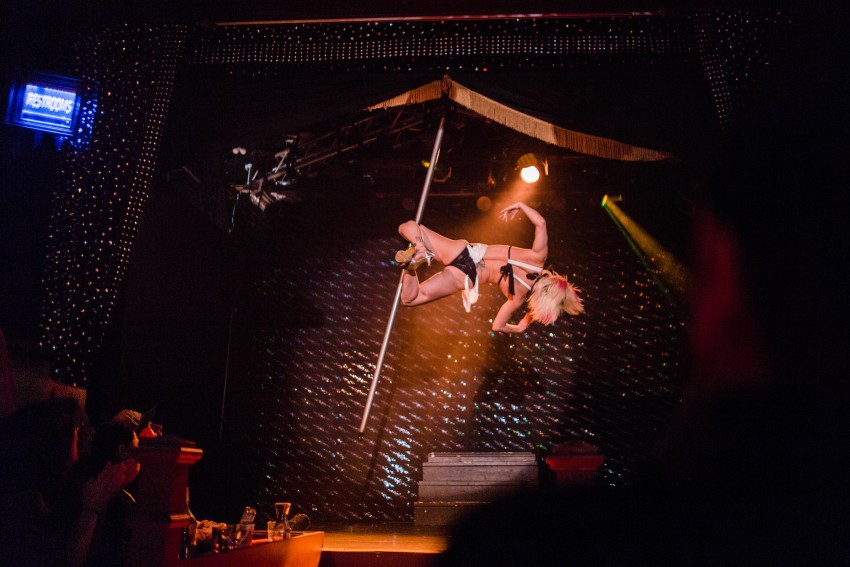 Washington based Aerialist. Current apparatuses include pole dance, aerial pole, aerial moon and Lyra/pole also called a lollipop. I have been performing since 2012 . I have performed internationally in Iceland, Italy, Victoria, BC and all around Washington State. Some of my more notable events include USC Freaknight, Lucky and Paradiso performing ambient entertainment as well as the opening at in Suicide Girls Burlesque show and as a regular at Magnifique Cabaret inside Julia's on Broadway the second Thursday of every month. in more structured acts.

I am known for being professional, on time and responsible. I also make all of my own costumes and carry performer insurance as well.

Above and beyond expectations

Jane performed and organized a troop of performers for my wedding. The event was better than I even imagined and achieved full immersion into a fun and whimsical world.

Jane's performance was incredible! She was so easy to work with and is so talented! We hired her for a grand opening showcase, and the crowd was wowed! We weren't able to provide her as large of a space as we initially thought. Jane worked through it, improvised the day of and pulled off a beautiful performance. You will not regret hiring Jane Air!

Loved working with her!

Jane performed at the grand opening of Old Navy in Federal Way and really set the stage in a memorable way to all our guests in the area. She was extremely flexible and helpful, chatting with guests and distributing our grand opening coupons! The kids absolutely adored her! She even offered additional sound equipment and costumes. She is definitely a class act and I hope to work with her again!

Best part of our night!!

Jane and her husband showed up early to our party to set up. They are both SO nice! Jane is an AMAZING athlete and wowed our guests throughout the evening. It really was fantastic and I can’t say enough good things about her!

What an awesome performance! Jane Air was one of the highlights of our party. Not only did she put on an amazing show but was kind enough to show some of the kids a few moves and to take a turn. She was great to work with leading up to the party. I would not hesitate to hire her again in the future. Cheers!

Fantastic performer and wonderful to work with!

We hired Jane recently for an arts organization gala & auction, and she was amazing! The performance itself was beautiful and elegant, and really added such a fun element to our event. The guests loved her! On top of that, she was so easy to work with, and not only arrived early to the event day-of, but also came to one of our venue walkthroughs a few weeks prior so she could discuss her rigging setup with the venue crew. The timing of our event also changed last-minute that evening, and she was incredibly accommodating and understanding. I would highly recommend hiring Jane for your event, and I'm looking forward to working with her again!

Jane Air was amazing and the audience loved her performances! I recommend her highly. I’ll be booking her again for several events! Lady L

Jane Was easy to work with. She Has excellent communication skills. Was very accommodating with costume specifics. Showed up on time did an excellent job and our clients were thrilled and extremely happy with her performance. I would highly recommend hiring her she made this whole process very easy. I cannot stress enough how professional she was in her demeanour and interaction with the crowd was amazing.

Professional, on time, and helpful!

Jane was great! She was always on time ready to go and so helpful to the rest our performers. Thank you so much Jane!

Jane joined us for a corporate holiday party and her performance was incredible. It was the detail we needed to elevate our event and give our guests some unique entertainment!

I had the pleasure of working with Jane on several projects over the last severals years. She is one of the most professional both back and on stage.

Price Range: Depends on the Project and the Travel Time

I am a professional performer and have performered world wide since 2012. My goal is to give you the performance that you are hoping for; funny , serious or sexy. I will always show up early and ready to go with an amazing costume and full of energy.

Jane has been performing around Washington since 2012 and internationally since 2017. Jane brings her amazing love of performing to all of her acts. She loves to challenge herself with each act that she builds; from comedy to drama she loves to showcase them all. You can find her on her aerial moon, aerial pole, regular pole or lollipop and she comes fully insured for both herself and the venue. Below are some of her performer highlights and competition titles over the last 2 years.

Depending on apparatus that is booked I will need the following:

Aerials - Aerial Pole , Aerial Moon or Aerial Anchor will require a rig point and a ceiling height of at least 12 feet. I do also have my own stand alone rig that will require 15 feet by 11 feet and need a height of 12 - 16 feet if there is no rig point.

Stand Alone - Pole or Lollipop will require a height of 10 feet and a width around of 6 - 8 feet squared.

I also carry insurance to cover myself, my equipment and the venue and can add the venue as a rider if necessary.

I will bring my own equipment