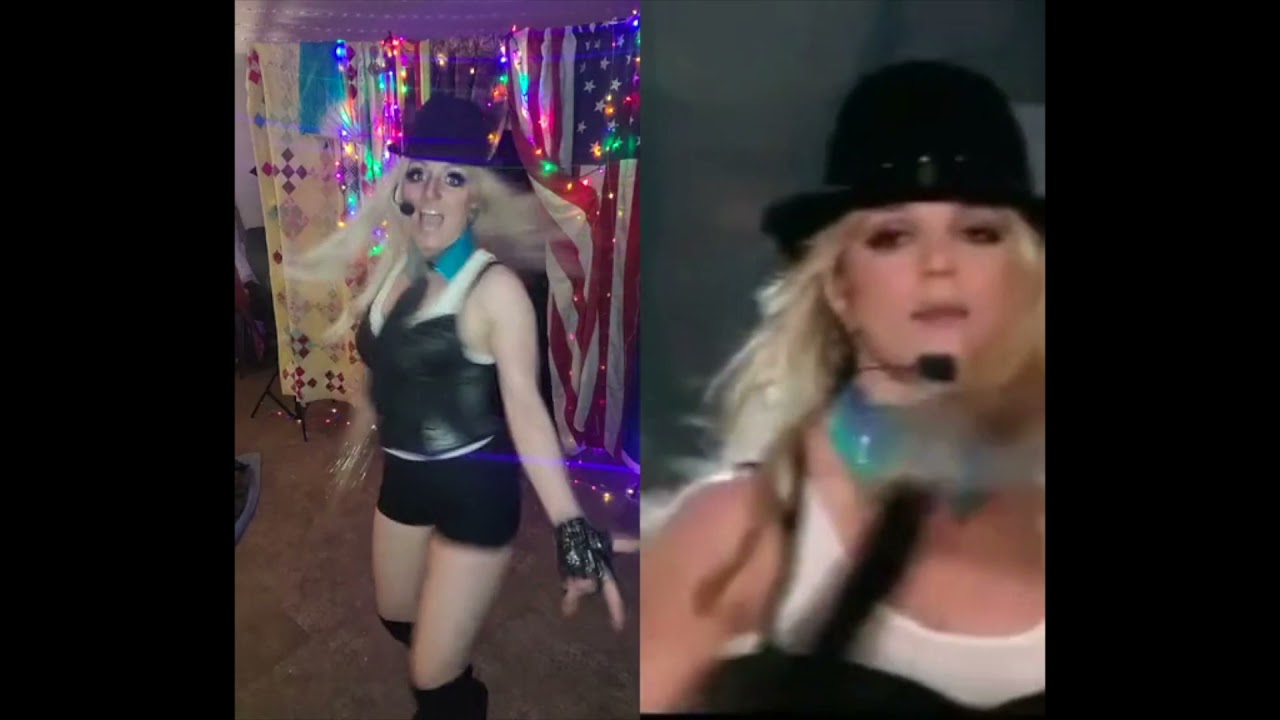 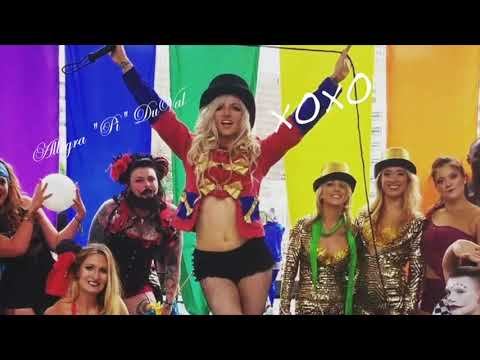 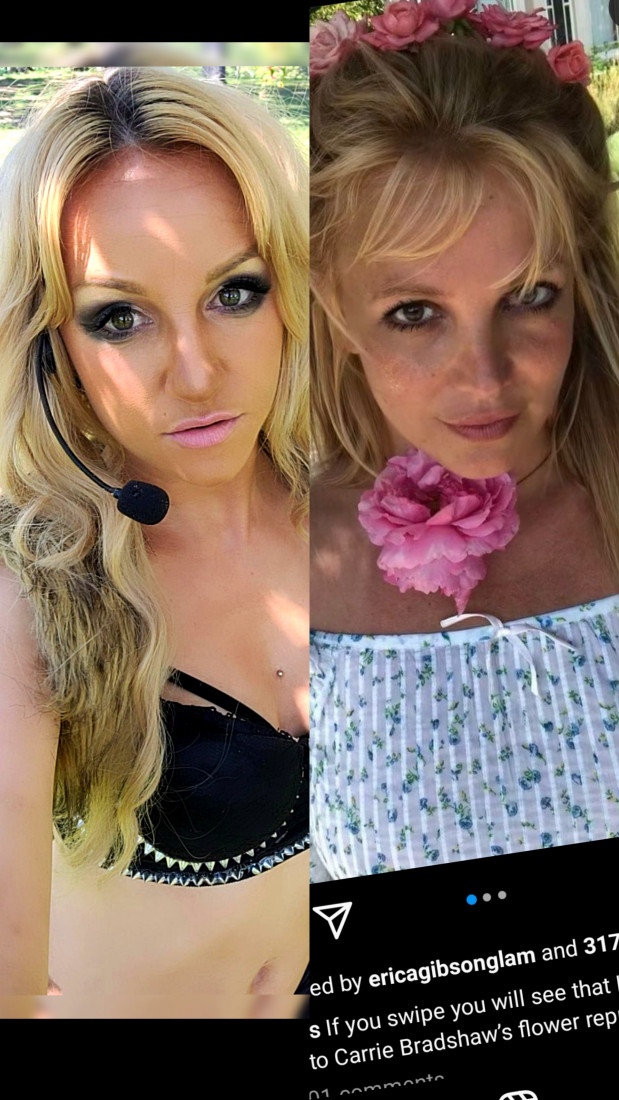 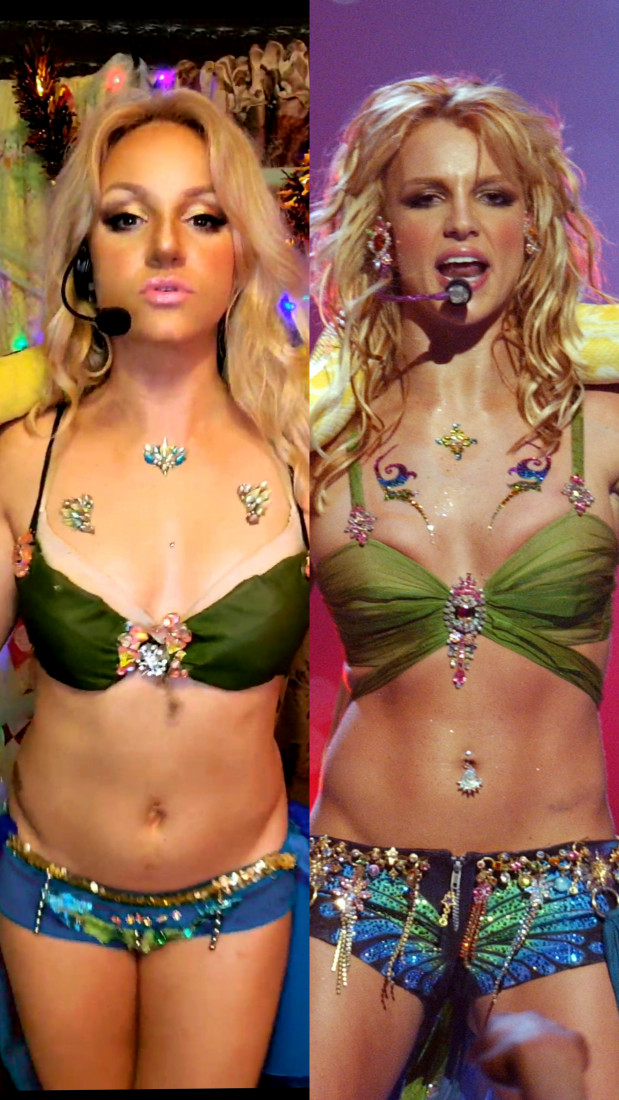 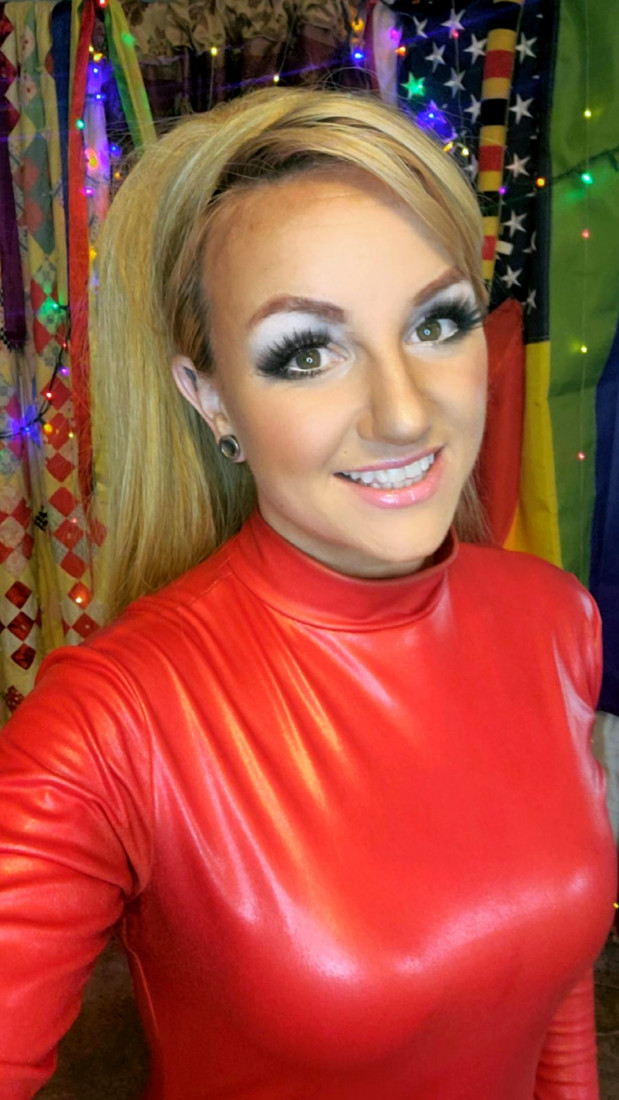 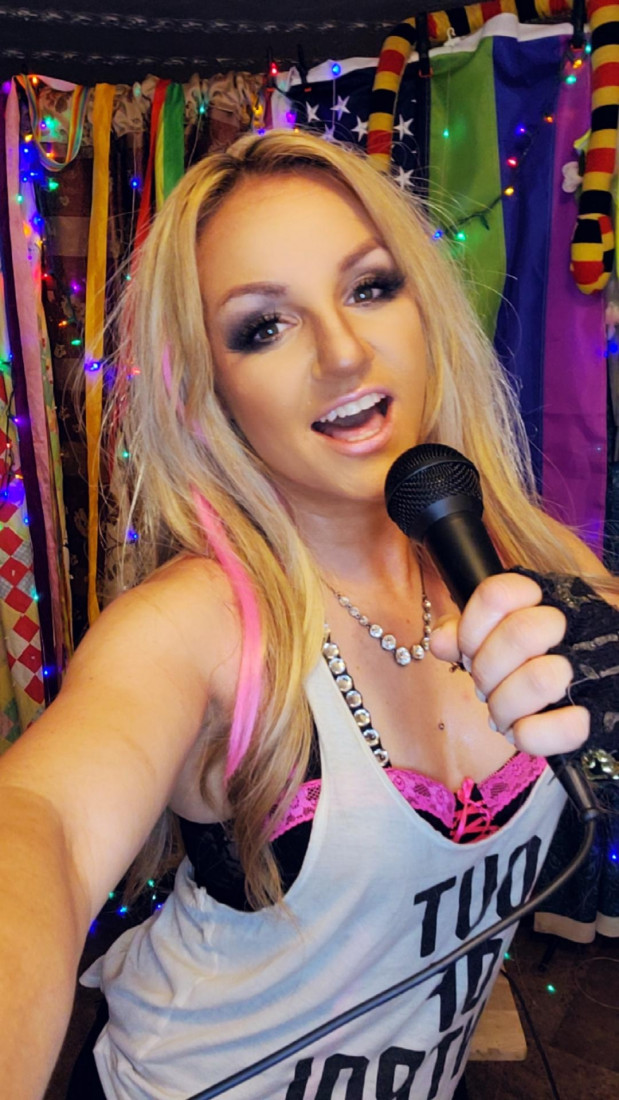 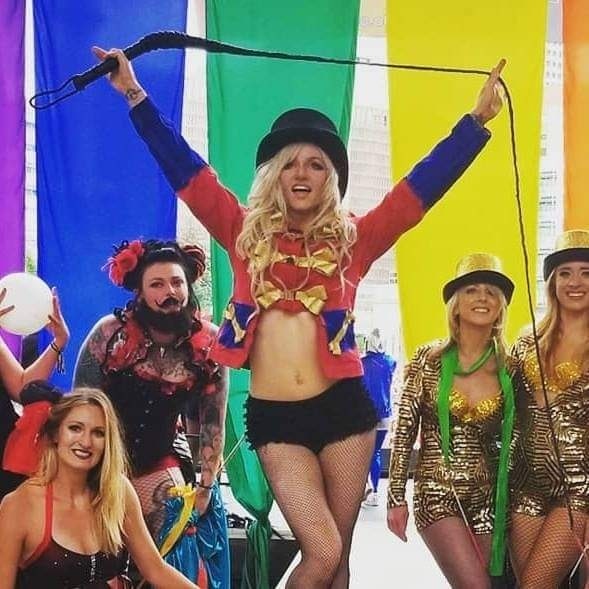 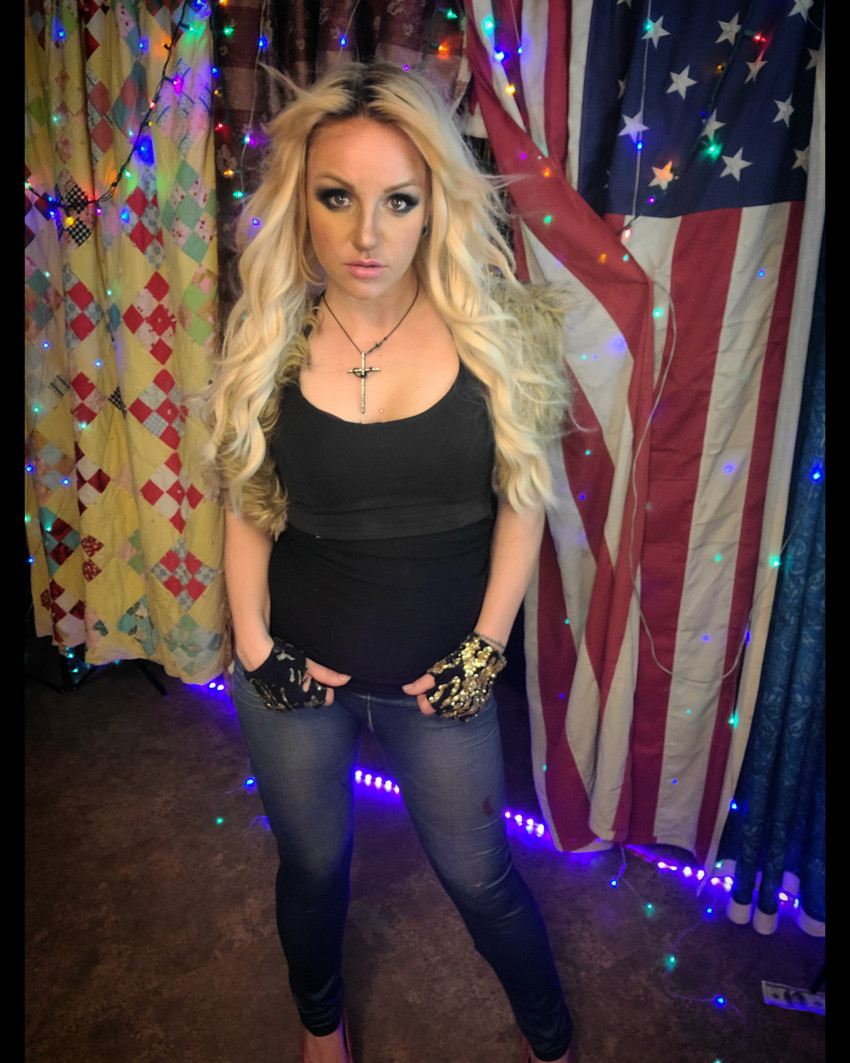 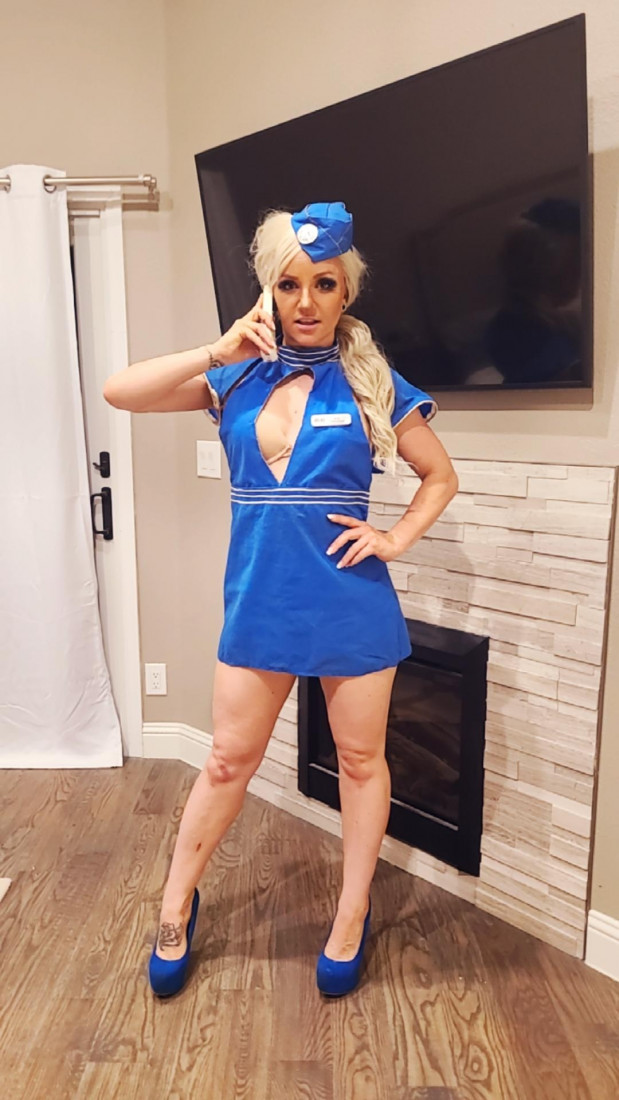 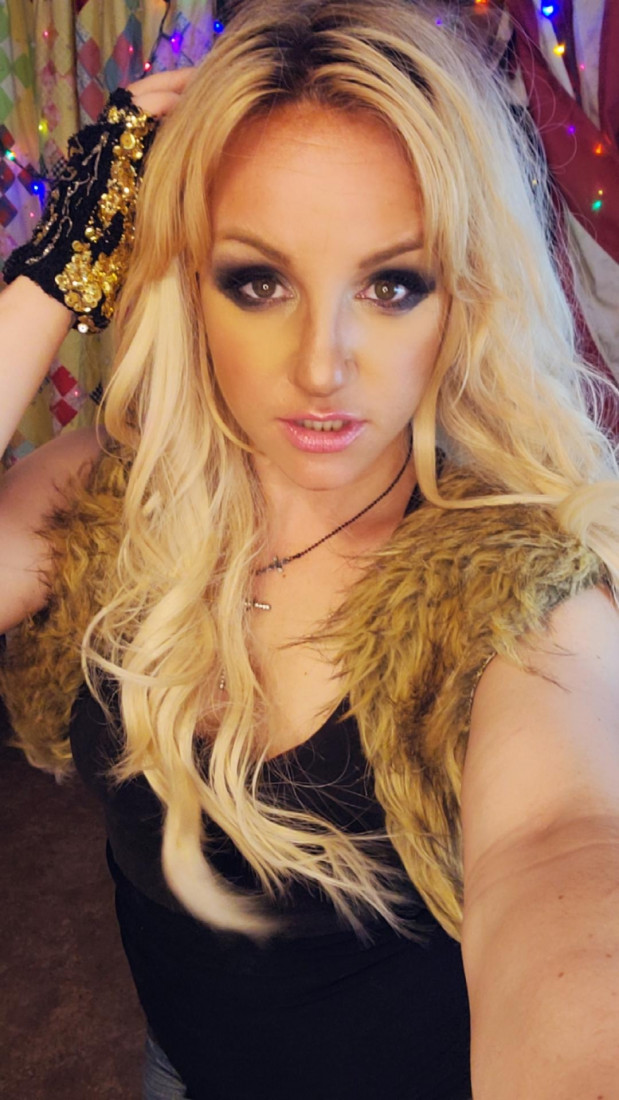 This Britney act is top notch and is willing to travel! Pi is a professional dancer and choreographer herself, so her moves and performance are the best you'll find! Not to mention, her resemblance to Britney Spears is uncanny! With a huge selection of songs, you are sure to be blown away!

Amazing Experience All Around

I cannot say enough kind things about Pi! She is super talented and was incredibly flexible with booking my event. The performance was absolutely amazing, too! She was also so nice and professional throughout the entire experience. She is amazing and you will not be disappointed if you book her! I'd give her 100 stars if I could.

Thank you so much!! It was an absolute pleasure working with you and I'm so happy the performance was well received!! What a thoughtful gift! I appreciate the review and hope you have a wonderful 2022!

This Girl is Amazing! Above and Beyond

Pi did everything in her power to make sure our Birthday girl had the best time! She is wonderful, thoughtful and willing to go above and beyond. We are so grateful and can’t say enough about her performance! Unbelievable! She looks just like Britney!!

Aw thank you!! I had such an amazing time performing for you all! What a fantastic audience! I love it when everyone is singing along and dancing with me! I cant wait to see you all the upcoming Birthdays!! Much Love!

Pi is a dynamic performer sure to grab the attention of EVERYONE! Pi replicates many of Britney's choreographies while throwing quick costume changes and tricks into her exciting performances. Her uncanny resemblance to Britney Spears leaves people in shock and awe as if they are watching the real Queen herself! Pi not only does amazing stage shows, but is a wonderful walk-around character, interacting with guests and taking pictures!

Pi was born into show business with her mother having performed professionally her whole life as well (and still to this day!) As the Captain of the Ballet Company at Radio City Music Hall in the 1970's, Heidi, who also did extra work in Hollywood truly set the stage for Pi to come leaping in to join her!

Pi began dancing as soon as she could stand-up and began taking dance class everyday in her mother's School of Dance in Crested Butte, Colorado (which was started in the early 80's and is still running to this day!) Pi became professionally trained in Ballet, Pointe, Jazz, Tap, Hip Hop, Lyrical/Contemporary, Modern, Belly Dancing, Ballroom, and later, Pole Dancing and Fire dancing!

Pi soon began teaching dance at the age of 13, the same year Pi went on her first performing tour throughout Italy doing Country Western Dancing and Can-Can. Pi returned to the states and soon went to Arizona State University as a Dance Major.

Upon moving back to Denver, Colorado, Pi joined a world renowned Go-go dancing troupe called Team EZ, where Pi was able to tour the county performing at the biggest EDM Festivals in the U.S. while holding residencies at local clubs Vinyl, Beta, and Temple. Pi also worked for a separate large entertainment company doing everything from Disney Princess work to Stilt-walking all while teaching dance at several local dance studios in Denver, CO.

By 2016, Pi decided to start her own dance company, "Dance is Love", to speak out against Racism, Bullying, Homophobia, Transphobia, Domestic Violence, Gender Inequality as well as help with Suicide Prevention. Pi grew her dance company quickly into 45 members and became the Official Dance Company of Denver PrideFest.  Pi and her company were extremely busy for 4 years performing all over the front range of Colorado, and THIS is where Pi first performed as Britney!

Pi has always been a fan of Britney's ever since Baby One More Time was released, and since High School Pi has been told she looks like Britney by so many. Pi absolutely loves and appreciates Britney's passion, talent and strength and is inspired by her every day!

When the pandemic hit, Pi joined Tiktok and started making fun Britney content which people really enjoyed, but as soon as Pi started realizing the horrors of Britney's conservatorship abuse, Pi jumped into action! She started speaking out for Britney, creating informative Tiktoks of the conservatorship, following the court proceedings and even organizing a #FreeBritney rally in Virginia Beach in order to spread awareness of Britney's situation. As an advocate for human rights, and an all around fan of Britney's, Pi knew she would be able to help contribute to the movement while representing and embodying Britney at the same time.  Pi shares the same passion for the stage as Britney and hopes that she will one day get to meet the Icon that is *Britney Spears. *

Pi is able to do ANY Britney song but this list is the most popular songs:

Baby One More Time,
You Drive Me Crazy
Don’t Let Me Be the Last to Know
Not a Girl Not Yet a Woman
Overprotected
From the Bottom of My Broken Heart
Oops.. I Did It Again!
Toxic
Slave4u
Everytime
Stronger
Lucky
Circus
Gimme More
Piece of Me
My Prerogative
Do Something
Me Against the Music
Hold it Against Me
Radar
Perfume
Womanizer
Boys
If You Seek Amy
Work Bitch
3
I Wanna Go
Till the World Ends
Slumber Party
Make Me
Swimming in the Stars
Man on the Moon

Pi can perform ANY Britney song, but here is the MOST POPULAR list:

Baby One More Time,
You Drive Me Crazy
Don’t Let Me Be the Last to Know
Not a Girl Not Yet a Woman
Overprotected
From the Bottom of My Broken Heart
Oops.. I Did It Again!
Toxic
Slave4u
Everytime
Stronger
Lucky
Circus
Gimme More
Piece of Me
My Prerogative
Do Something
Me Against the Music
Hold it Against Me
Radar
Perfume
Womanizer
Boys
If You Seek Amy
Work Bitch
3
I Wanna Go
Till the World Ends
Slumber Party
Make Me
Swimming in the Stars
Man on the Moon

*Pi lip-syncs so no microphone is needed 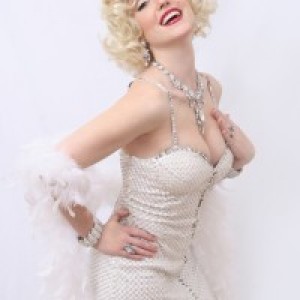 Gabi C. said “Erika delivered a beautiful performance at my college's annual Holiday Party. She took the time to mingle with the guests and take pictures with…” 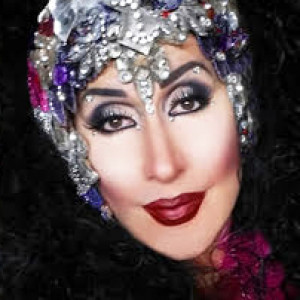 Kristin said “Devon Cass was amazing at my mothers 70th birthday party!!! Everything from his appearance, movements and stories were all so “Barbra” and my guests loved…” 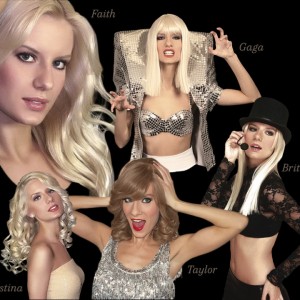 Jessica H. said “I hired Christina to celebrate my 70+ yr old uncle on the day they arrived to LV. He loves Coors Light, the Dallas Cowboys and country music. She incorporated…” 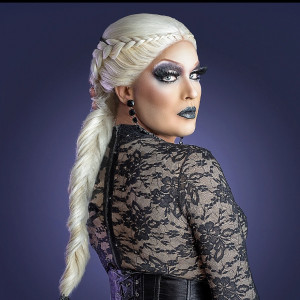 Jessie B. said “Champagne Bubbles came to my best friend’s bachelorette and did not disappoint! So funny and so entertaining. Highly recommend.”