Blue Monday is a tribute to the MTV generation...The MTV Classic' s of the 80's/90's and a few guilty pleasures of today. They have staged years of experience and passion to create a new trend setting retro sound that audiences are familiar with and holds up strong in todays music.

Focus and passion has kept this band going for over 23 years strong and their is no sign of slowing down. Blue Monday is not just another 80's/90's band. They do what they love and it shows from their hearts.

"We play music that makes you feel really good from an era where the music smiled " - Blue Monday.

It seems that many years ago, BlueMonday had a dream of forming an resurrection band, a band that played all the really cool and fun music of the 1980s. Songs that made you feel really good from an era where the music smiled, the costumes smiled, and so did the performers.

The band is a 5 piece female fronted band performing music from bands like Journey, U2, Def Leppard, Bon Jovi, Van Halen, Etc. The band relocated from New York City after a successful 10 year run. The bands hard hitting 80's classics and light show will take you back into a 20 year old time machine. Taking a formula that worked in N.Y. BlueMonday has scored some big-time venues in a short time.

I realize that any permits that must be obtained for this event is my responsibility.

Requires Min of 50 amps of power 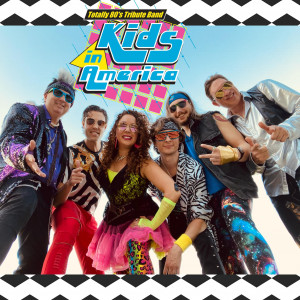 Bobby D. M. said “Awesome group. The best tribute band I have seen in a long time. Very energetic. A must see show.” 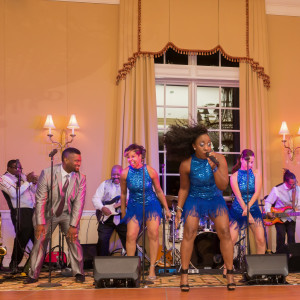 Frank B. said “Booked these guys last minute and they showed up and showed out. It was perfect. Professional, down to earth, and talented.” 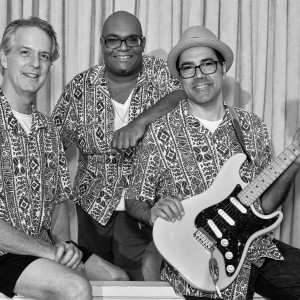