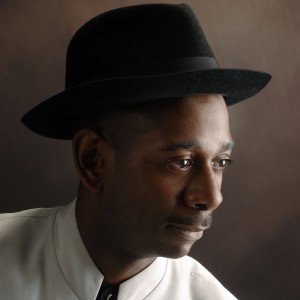 A funtastic original blues band band I also do some covers from the 50's & 60's. BMJ has been voted best Blues act 6 times by the Illinois times and also my latest CD walk with you baby has been in the top 10 in Europe, Germany, France and Italy and been voted Illinois best upcoming blues band by Chicago's blues magazine. I have opened for Lonnie brooks, KoKo Taylor, Bobby Rush and Buddy and Phil Guy Reggie Britton is the drummer lead singer and harmonica player and yes he dose them all at the same time. We are willing to travel long distances with stipulations.

Be the first to review Black Magic Johnson

A fun loving live blues band. We do lots of originals and covers that you will remember and love.

Black Magic Johnson views the blues as a natural fact—the raw emotional juice that flows through all American music. Based in Springfield, Illinois, this four piece plays blues that strip away the lines between rhythm & blues, country, rock & roll, gospel, and soul. Black Magic Johnson’s latest release, Call Me (2012), is a sonic testament to the unbound, life-affirming vigor of the blues. After cutting his teeth with Eddie Snow & the Snowflakes, Oysters Rockefeller, and Tom Irwin, Reggie Britton—singer, songwriter, drummer, and harmonica player—formed Black Magic Johnson as a way to live more, to make himself and others feel better through his “happy songs.” Since then, Black Magic Johnson has performed alongside Koko Taylor at the 2006 Great Performers of Illinois celebration in Chicago, Lonnie Brooks, Davis Dee, Buddy Guy, Phill Guy and Ronnie Bake Brooks, Willie Nelson & Others. BMJ been voted the Best Blues Act in a 2008,2009, & 2011 Illinois Times readers poll, and been named the Official Blues Band of the Springfield Milers BMW Motorcycle Club. Helping Britton breathe life into his songs are Dan Grover on rhythm guitar and Alexis Rogers on lead guitar, with Willie Chrismon and Bob Hagler splitting bass duties. Black Magic Johnson are currently at work writing songs and laying the groundwork for a 2015 tour.

We do require sound and some cases a sound guy. We could provide our own sound sound also.. If sound is provided we will need 3 vocal mikes with boom stands. 2 monitor for vocals. and rug on the front side of stage. 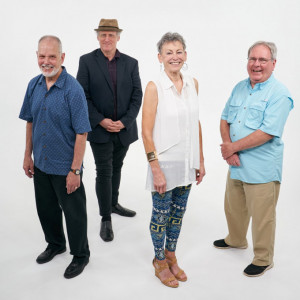 Fanfare plays a variety of styles with a lot of, well... Fanfare! Fanfare features the lead vocalist Kittie Moller whose vocals will capture and enthrall you. The…

Lydia K. said “We had a great time with Preston Ary at our company party. He knew how to keep the crowd happy and have a great time. Definitely will be using him again!”

Dave Weld And The Imperial Flames

Roger V. said “Dave Weld and the band were great to work with. They put a really good show. I would hire them again the crowd loved them.”