Billy and The Goats 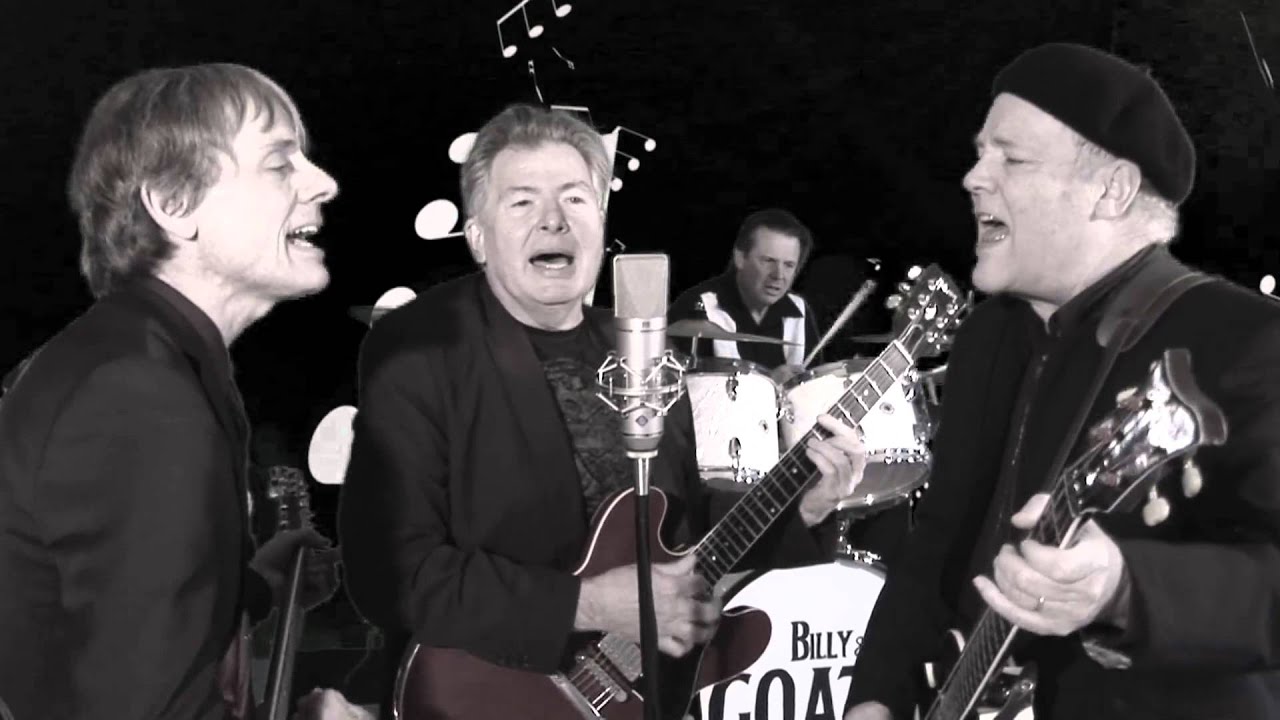 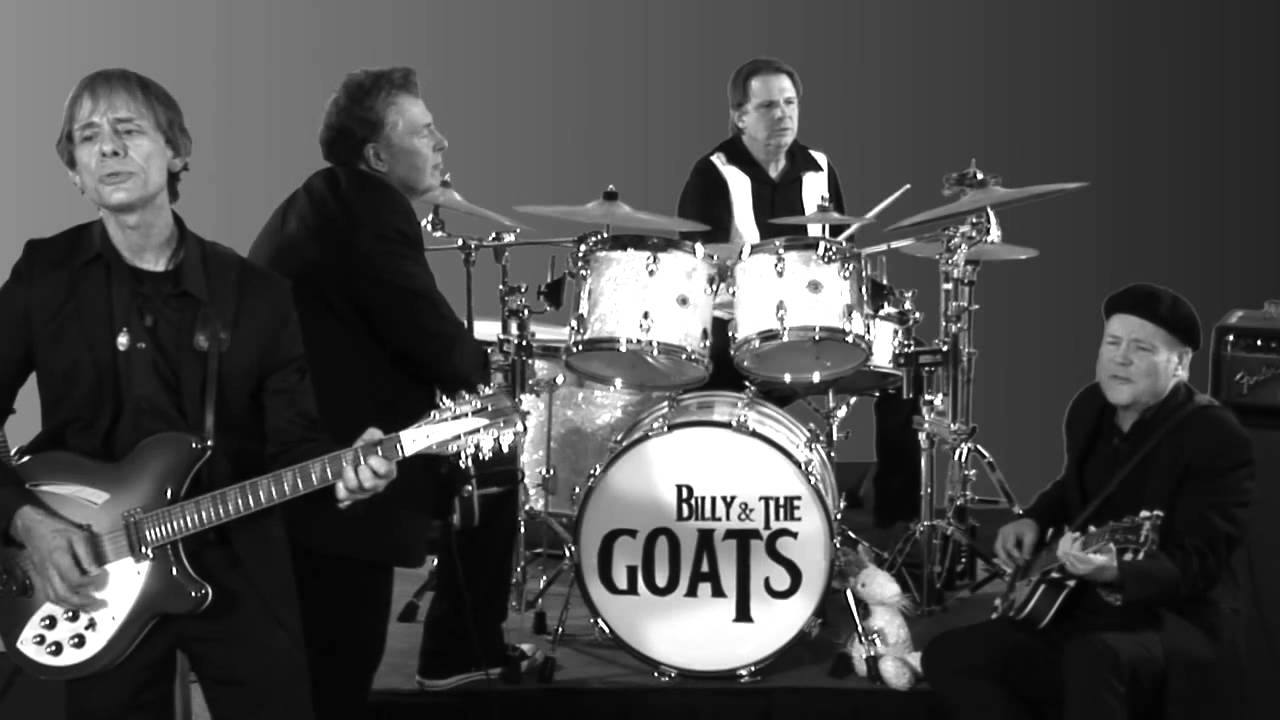 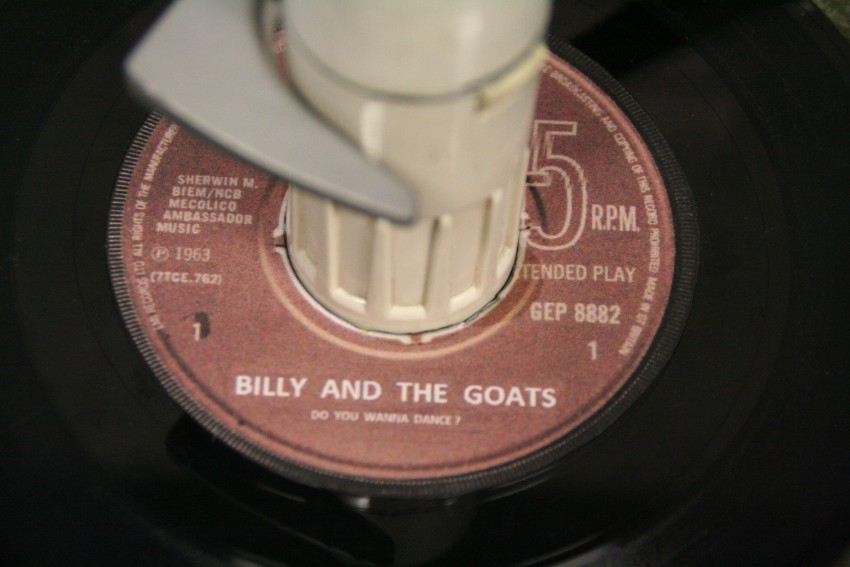 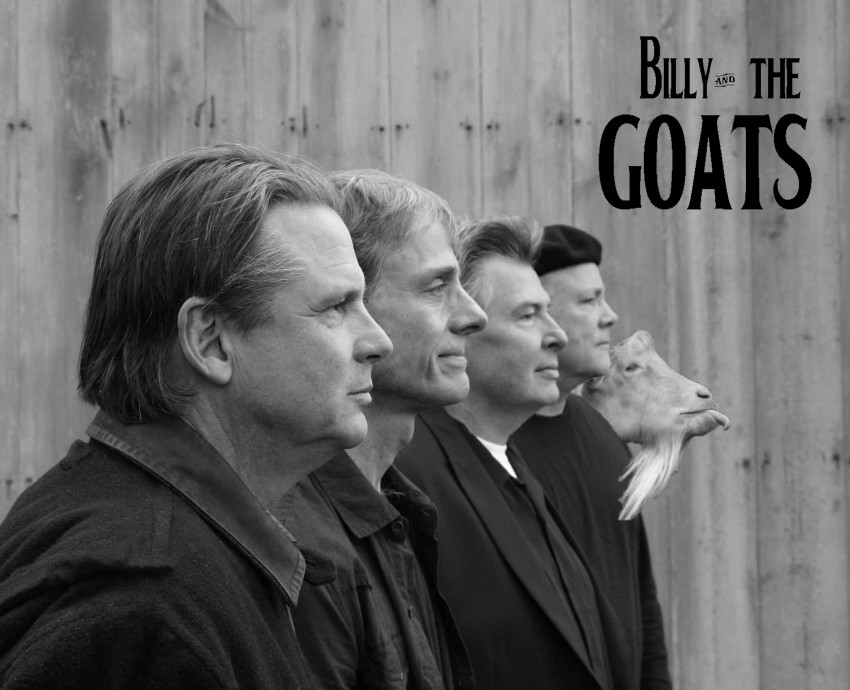 We are veteran recording artists covering the Swingin' Sixties classic rock. Taking you back to the songs you remember and still love today, Billy and the Goats will get you and your party out on the dance floor for a night that will be remembered and cherished.

Two weeks ago today, we had a surprise "60th" Birthday Party at my home.
Billy and the Goats came to play. They were Absolutely Awesome ! The four
guy's are extremely talented. What a repitoire they have ! They performed every
single song to perfection. They played a huge part in making our party a great
success. Billy and the Goats are all really friendly guys and easy to communicate
with, before and during the party and I would recommend them to everyone.
Thank you guys !!

​ This past Saturday night, the Banner hosted the debut of a fantastic Sixties-tribute band, Billy and the Goats. Watching these guys’ set up equipment before taking the stage in front of their entourage of very attractive female supporters, had me thinking I was in for some type of AARP or Cialis commercial. By the second song, they had me hook, line and sinker, as a last-minute stop for a quick one turned into an entire evening of front-row, world-class live rock and roll. The band is comprised of four seasoned musical professionals who ran through three sets of pre-1970 greats that left the dancing Banner faithful in awe. The band starts the introduction by passing the talent torch around the stage, showcasing the incredible ability, versatility, and know-how of this amazing four-man band. They present beautiful reproductions of some of the greatest early Rock and Roll songs ever recorded. The Goats displayed magnificent melodies, masterful guitar picking, and hair-raising harmonies – all embedded with youthful enthusiasm and the confidence, charisma and charm of experience, along with some first class comedy..... Billy and the Goats are the perfect match for the Banner, bringing first-rate, high-quality entertainment to working-class stiffs at a price that they all can afford.

The British Invasion in my Backyard

Gentlemen, You were absolutely terrific last night at
Tinker's Son. The harmonies, the guitar craft, the precision of the
arrangements - all fantastic. And it was SO MUCH FUN! Happy New Year you lucky Goats..
Chuck McDermott

Billy & the Goats Rock On

Billy and the Goats was the entertainment for our company's 50th Anniversary Party for 200+ attendees. Since we started our company in 1965, we thought it would be appropriate to have a 60's Band. Our theme was the "The 60's saw some great groups, but ours still rocks on." Wow! and that's just what Billy's Band did. It was exceptional entertainment. They had the group singing, dancing and totally enjoying the music of the 60's. I have to say, Billy was very engaging from the start. He made sure we reviewed the huge playlist and picked out exactly what we liked for tunes, and he was in tuned with our requirements and details. The band arrived extra early to set up and were super friendly and we could tell that they were there to have a good time also. They are truly a gem in the sea of many bands. Billy and the Goats, we can't thank you enough for an exceptional evening and we are looking for an occasion to celebrate again with you.

If your audience is of the 35-70 age crowd, they're going to be smitten with all the oldies covered in 2-3 sets for 1.5-4 hours, depending on your needs. We are seasoned musicians sharing lead vocals and specializing in harmonies.

Billy and The Goats are veteran recording artists playing the songs of their youth, the songs they fell in love to and still love today. The Goats will take you and your guests back to the past with a blast. They are based on Boston's South Shore and play throughout New England. Rates are reasonable and negotiable. Billy and The Goats are guaranteed to get everyone out on the dance floor for a party that will be remembered.

All professional sound equipment and set up included. Need stage space only. Prices reasonable and negotiable depending on party size, distance, etc. 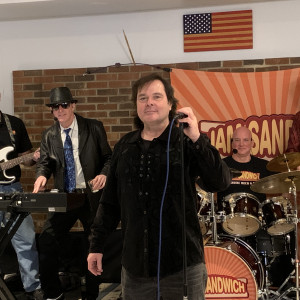 Kristina said “We were really impressed by Jam Sandwich -- they had a large task ahead of them -- not only playing reception dance music, but also the wedding ceremony…”