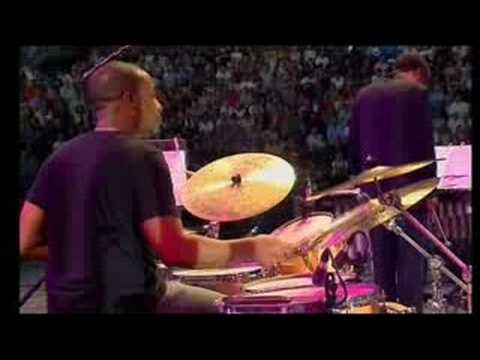 In A Mellotone
Bill Mobley and the Space Time Big Band 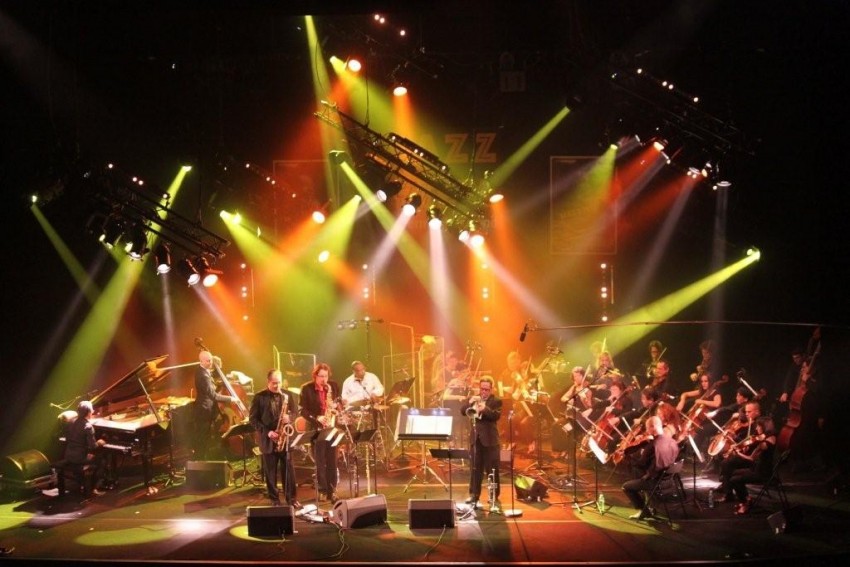 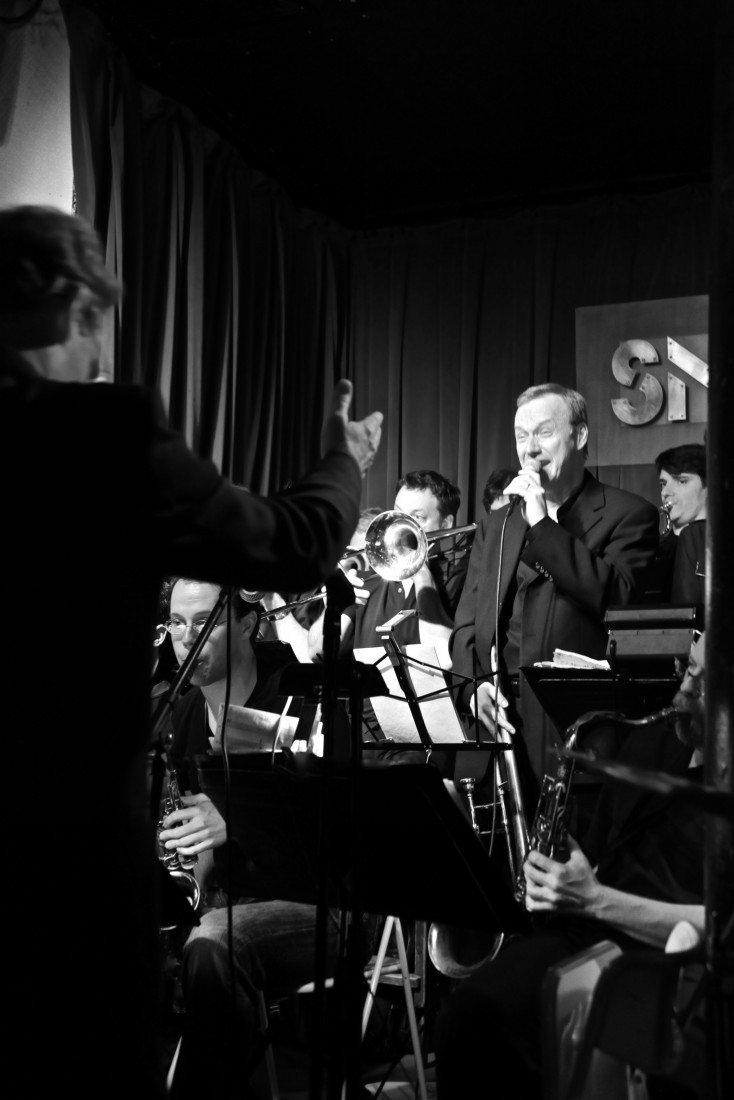 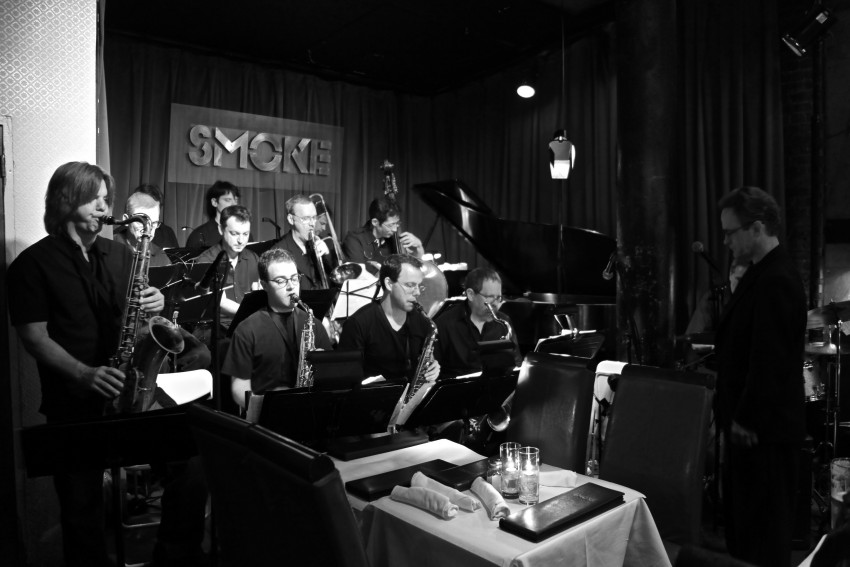 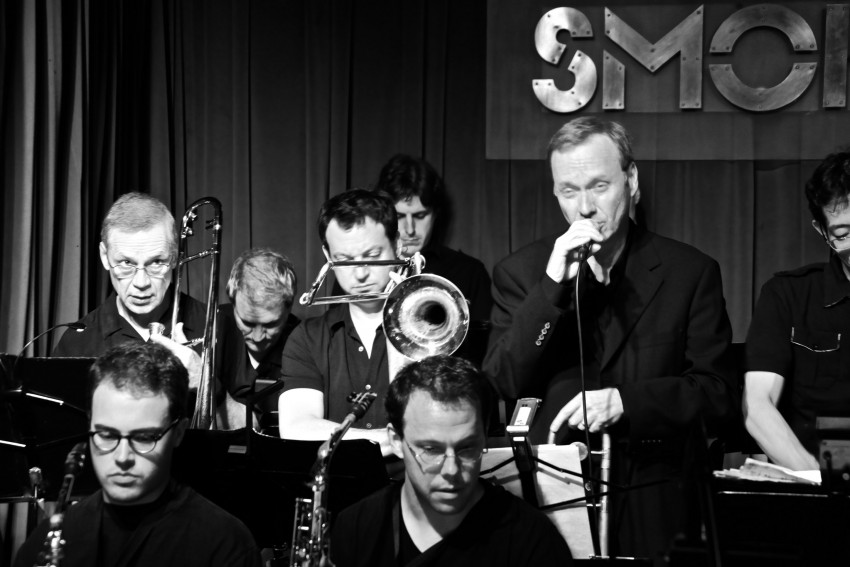 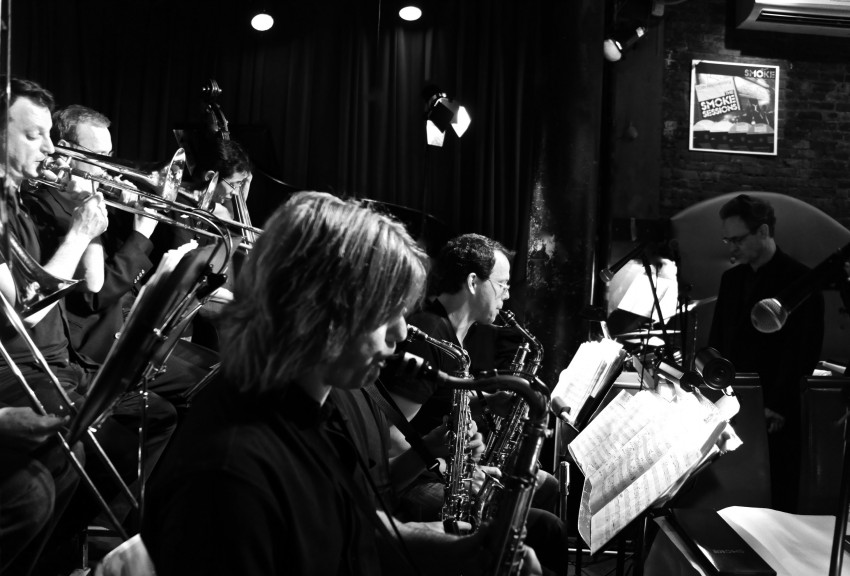 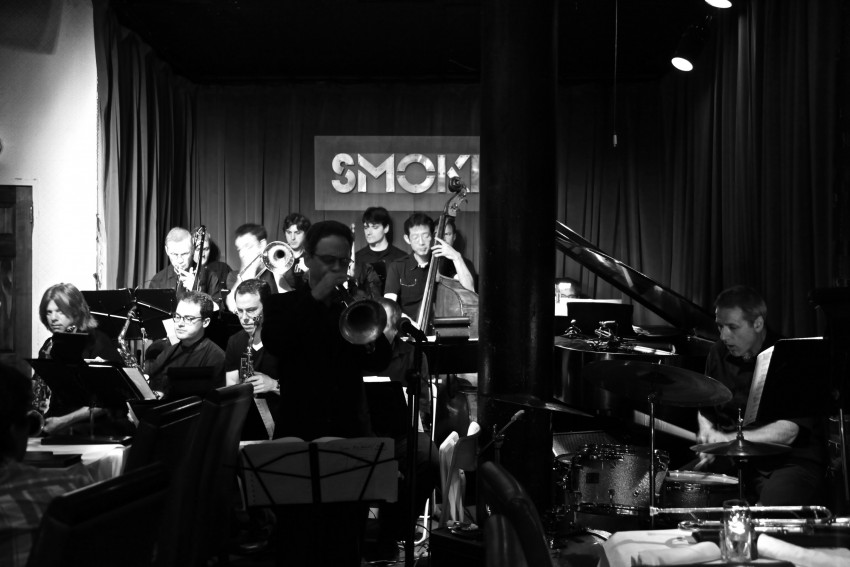 Be the first to review Bill Mobley Jazz Orchestra

We do a range of various types of musical performances. This includes concerts with a mixture of instrumental arrangements and vocal arrangements for jazz orchestra,with solo features of various instrumentalists,Our sound is very jazz savvy and polished. We also have small groups of duos, trios,quartets and quintets for smaller budgeted events. The big band jazz orchestra is usually 16 pieces plus the leader and singer. We also have cut- down versions of big band arrangements for 10 pieces and a singer.
The orchestra(s) above can be the main focus of the event or could also just play background music for a party.
We have concert material for string orchestras (21 strings minimum) performing with a jazz sextet for Jazz Festivals and city orchestra programs.
An 11 piece group which performs current songs and old favorites of pop and rock with 4-5 singers and horn section, keyboards, electric bass, drums with samples sequencers, (link hidden) also (link hidden)r parties where the main focus is dancing. ,

Originally from Memphis, Tennessee, trumpeter, composer and arranger Bill Mobley moved to New York City in 1987 and has since become a fixture in the city’s flourishing jazz scene as a trumpet and flugelhorn player and composer/ arranger.. For 3 and 1/2 years he was director of the Smoke Big Band on Monday nights at Smoke Jazz Club in Manhattan (2009-2012) where his latest big band CD was recorded live by Spacetime Records. The band is known for its hip swinging and soulful arrangements and top New York City instrumentalists and featured jazz singers. Bill's arrangements of instrumental jazz standards and his original jazz pieces have received accolades in the international jazz world. His arrangements of vocal standards from the great American songbook are known to accompany and compliment the singers' voices in fresh and exciting ways. His mellow flugelhorn playing is well known in the city, and is perfect for pre-heats and cocktail hours at social functions. He has worked as an arranger in New York for Spacetime Records as well as 4 other small group records for Spacetime as leader. He also composes and produces music for TV and films in his own (link hidden) the New York area. His music is frequently placed in numerous shows such as The Colbert Report, Pawn Stars, American Pickers, and numerous shows of the History Channel, National Geographic, and Comedy Central, to name a few. Bill has also taught in the Music Dept.of William Paterson U. in New Jersey (one of the county's leading schools for Jazz) for the last eight years where he has students in Ear Training, Ensembles, and Private lessons.

for the 16 piece jazz orchestra, 16 chairs, acoustic piano preferred, and appropriate lighting and stage preferably with a riser.

for the r11 piece rock-pop group an adequate stage area with power,and lighting. Adequate space for the sound crew with mixing board.