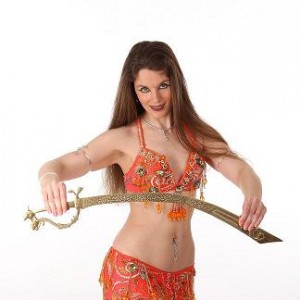 Be the first to review Bellydance By Tara

Performances generally range from ten to thirty minutes and are adjusted to your needs. Prices vary due to length of performance, travel time, number of sets, time in between sets, costume changes, group lessons, etc. Tara will arrive 10 minutes prior to performance time and will be available for pictures immediatly after performance.

Tara is family friendly entertainment, please no bachelor parties or all male audiences.

Tara began her dancing career at the age of two studying and performing tap, ballet, jazz and roller skate dancing. A gifted artist as well as a gifted performer, she later graduated from the Art Institute of Boston with a Bachelors Degree in Photography. After graduation, Tara moved to South Florida where she continued her passion for the arts and dance. It was there that she began her study of bellydance at two renowned schools: the Mideast Dance Exchange and Belly Motions in Miami. Upon completion of her initial training, she continued to expand her skills through extensive private lessons from Bellydance Superstar ‘Ansuya’ where she began creating her own unique style and techniques. Later, Tara further enhanced her skills and techniques by training with recognized Bellydance Superstars Sonia, Jillina, Rachel Brice, Bozenka, Issam, Nathalie and more. She has also studied with masters such as Yousry Sharif, Mohamed El Hosseny, Nourhan Sharif and many more.

As a result of her individual success and recognition throughout South Florida, in early 2004 Tara founded the highly successful dance troupe Empress’s Divine. The troupe performed in numerous venues throughout Florida receiving significant notoriety and regional acclaim.

Tara was on the cover and featured in the August 2005 edition of the nationally publicized magazine, “Looking Good Now”, with a multi-page spread on her health and fitness.

In 2006 Tara started her second dance company, based out of in Massachusetts, known as ‘Bellydance by Tara’. You can see her mesmerizing solo performances all over New England or take part in one of her many workshops or classes. She is an award winning, international dancer that will captivate you with every performance.

In 2013, Bellydance By Tara produced and starred in her first feature bellydance training DVD titled The Ultimate Bellydance Guide. A Step By Step Guide To Learn Bellydance Moves, Combinations and Choreography. In the 84 minute DVD Tara teaches proper bellydance foundation, moves, combinations and choreography. It is extensively chaptered so the viewer can learn section by section or continuously through play all. This high quality Dolby Digital DVD also includes a warm up & cool down, trailer, interview and Tara performing on stage in costume at The Regent Theater. 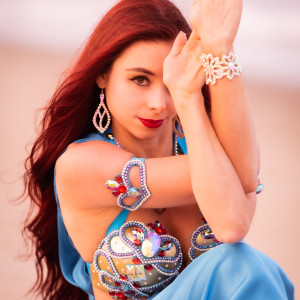 Janelle L. said “Everyone enjoyed 😊 would highly recommend her”

John C. said “Elizabeth was very professional and all the guest really enjoyed her show. This was a surprise 90 birthday party for my father and he was smiling the…”

Helen C. said “She was great and performance nicely. Love it!!”