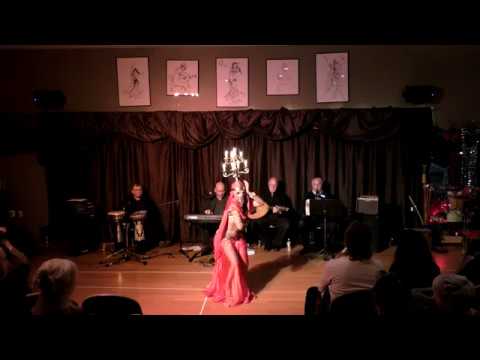 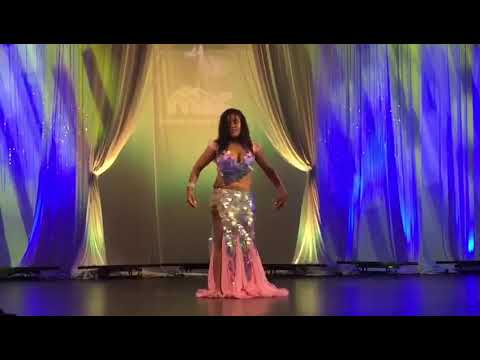 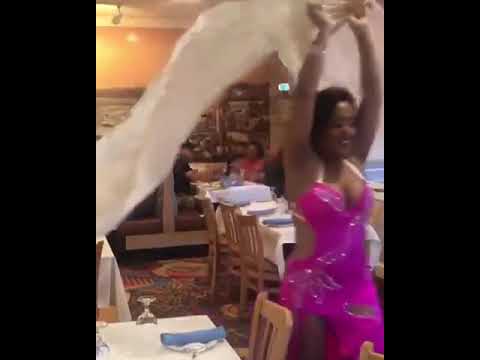 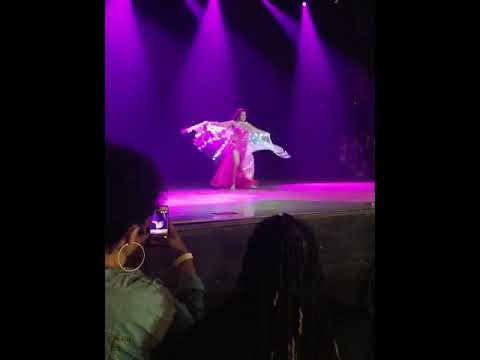 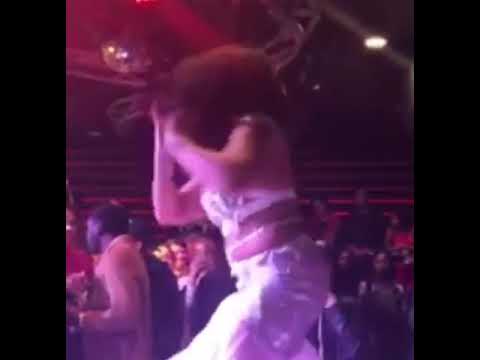 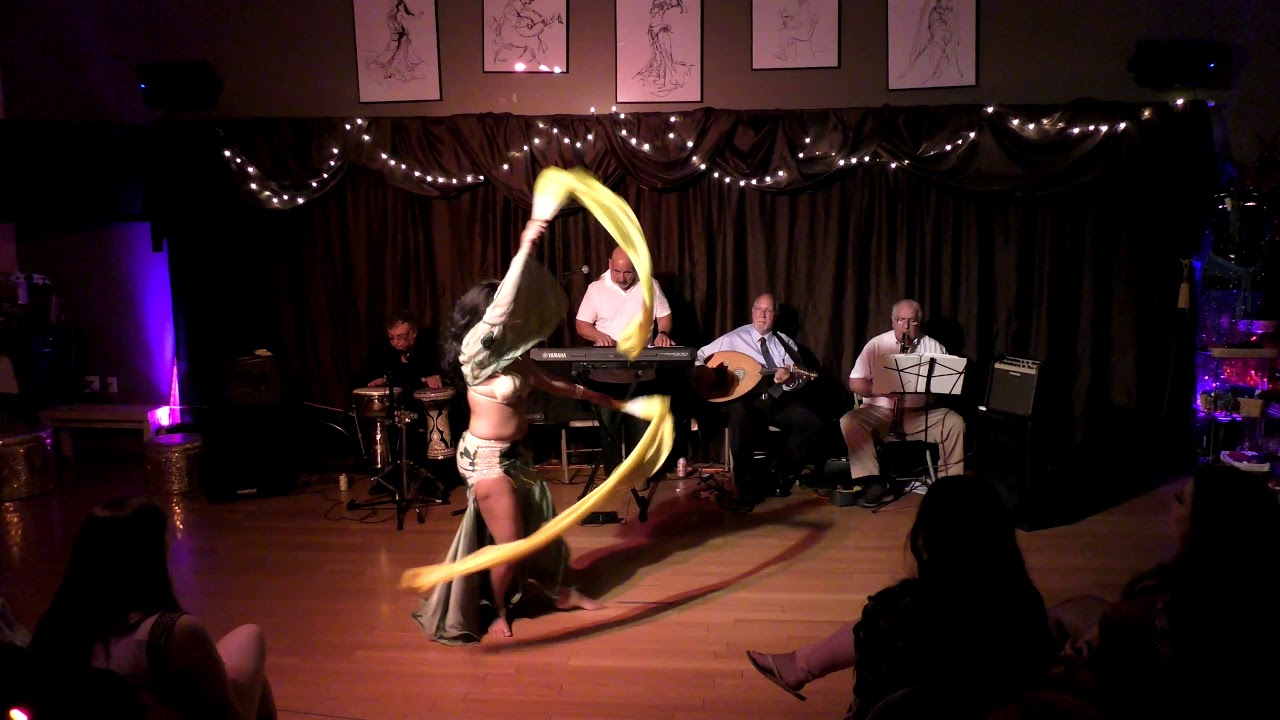 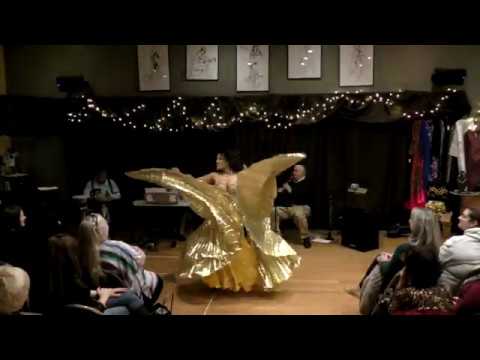 I can help entertain your special event(s) by personalizing it uniquely for you or special person/people. I will make sure to follow up with you and make sure everything is coordinated to the last detail. My goal is to make sure all my clients are completely satisfied with my performances. If you’re interested in booking me to be a part of your special event(s) and have any questions, you can send me a message!

I had booked Eunice just a few days prior to my daughter’s wedding. When I spoke to her on the phone I knew I had made the right choice. She was professional , sweet and very accommodating.
I had told her I needed only 2 dances - due to the limited time. After the performance we served dinner. But since her dances were so mesmerising I asked her to do one more after dinner. She waited patiently till we were finished . She didn’t even ask for more reimbursement for her time. I call this having ethics and a great customer service!
God Bless you Eunice.

Sarah you have been the sweetest to me. I want to thank you so much for your hospitality and the opportunity to dance for your daughter’s wedding at such a beautiful hotel. It was my pleasure and I’m so happy that you enjoyed my performance.

Eunice was very entertaining. The smile never left her face during her whole routine. I would highly recommend this tasteful beautiful belly dancer!

Oh my goodness, thank you so much for the review Mary! I’m so happy you enjoyed the show and I thank you for giving me the opportunity to dance for your friends and family.

I hired Eunice for my daughters Birthday Party. She arrived early was ready to dance on time! Read her honest overview. She is beautiful, talented and a gifted dancer who knows the crowd and did exactly what I requested!

Thank you Mary for the review! I’m very happy to know you enjoyed the show and that I met all your requests. Thank you again for the opportunity!

Everyone loved it! Look no further and don't think twice about booking Eunice! Very friendly and professional and will go out of her way to make the event fun and entertaining for all. Thank you so much!!!

Thank you so much Joseph for the review! I’m so happy to know that your family enjoyed the performance and that I met all of your needs to make it a memorable night!

I hired Eunice for my husbands 50th birthday party. She was on time and had the most beautiful green outfit on (his favorite color). I'm still receiving emails and notes saying that everyone had such a great time and that they loved the belly dancer! Eunice was a huge hit. She was very beautiful and was very friendly. Her training and skills were impressive. The group loved having their pictures taken with her at the end. She was great!!!

Thank you so much Michelle for leaving a review! I’m so happy to know that you’re still hearing from everyone with how much they enjoyed the show.

Thank you very much for your review Tatiana. I’m very happy to know that everyone loved the show.

We hired Eunice to perform at my Dad’s 60th birthday. We were all blown away by Eunice’s performance! She brought tremendous energy and fun to our event and we will never forget it. Thank you Eunice!!!

Thank you Matthew for giving me the opportunity to dance with your dad, you, and your family. Everyone was a team player and helped make sure everything went smoothly as it did. It was a pleasure meeting everyone and thank you all for the hospitality!

She made the party!

We had an evening beach party in Harwich MA For my 50th that we hired Eunice for. She is a beautiful woman who came in the most beautiful of outfits and danced so wonderfully for our party! Great music, she got our whole crew dancing (adults and kids) and everyone left with truly great memories! Thank you Eunice!

You’re welcome Dave! I loved dancing with your family and enjoyed doing it in the beach with a bonfire. Thank you so much for the pictures and the opportunity!

Eunice was fabulous! A very gracious, entertaining, kind and professional. She was on time and flexible on where to have the performance. Everyone one in attendance loved her dancing. We were also surprised she would travel an hour for just a 15 minute presentation very impressive.,

Thank you Kevin for the opportunity to perform for you and your family. It was really my pleasure and I’m so happy to know that everyone loved the performance. Thank you very much for leaving a review.

It was a pleasure working with Eunice for this event. She came prepared and excited to perform. I would highly recommend.

Thank you very much Serena for your review!

Eunice MEDA has been practicing and studying the art of Belly Dance since 2001. She has an extensive background in performance arts. During her undergraduate career, she studied and trained in various dance and theater courses including Acting, Improvisation, Tai Chi, Flamenco from the renowned Andrea del Conte, Modern Dance, Bharatanatyam (Classical Indian dance), Hip Hop, and Afro-Caribbean Dance.

Eunice is a member of the belly dance group, the Middle Eastern Dance Academy of Connecticut (MDA), where she receives a lot of her formal training from Kelvia Mitri-Haddad as well as performed for several events including Hips Against Hunger at Yale University, two of the Connecticut Pro Shows, as well as part of the opening act for Lebanese singer's, Ragheb Alama, concert in Boston, MA on June 2019, and other private events.

Eunice is also a member of the folkloric dance group, the Alwan Dance Ensemble and has performed for Aurel’s Yalla show on November 2019 and private event.

Eunice was also one of the dancers featured in Jillian’s Belly Dance Evolution Experience for the Wonderful Wizard of Oz production show on June 2019.

Eunice can be seen dancing around in several Middle Eastern restaurants and Belly dance events in Rhode Island, Connecticut, and Massachusetts.

Some of the first people that greatly influenced her from the instructional DVDs were Neena and Veena, Rania, Suhaila Salimpour, Neón, Tanna Valentine, Jenna, Amira Mor, Saida, Jillina, Rachel Brice, and Sadie. She is grateful to have had the resources available to her and skills they offered since she constantly moved a lot and could not afford to take regular classes.