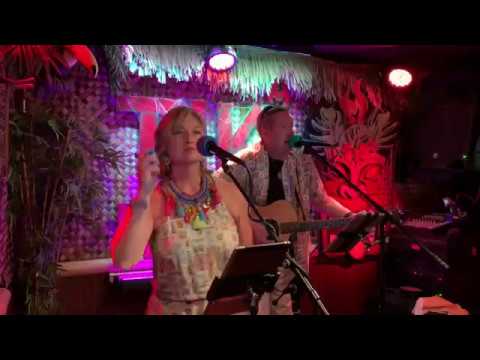 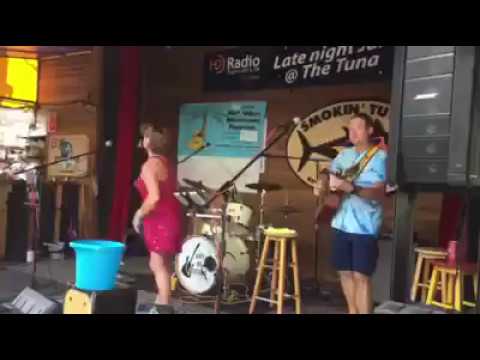 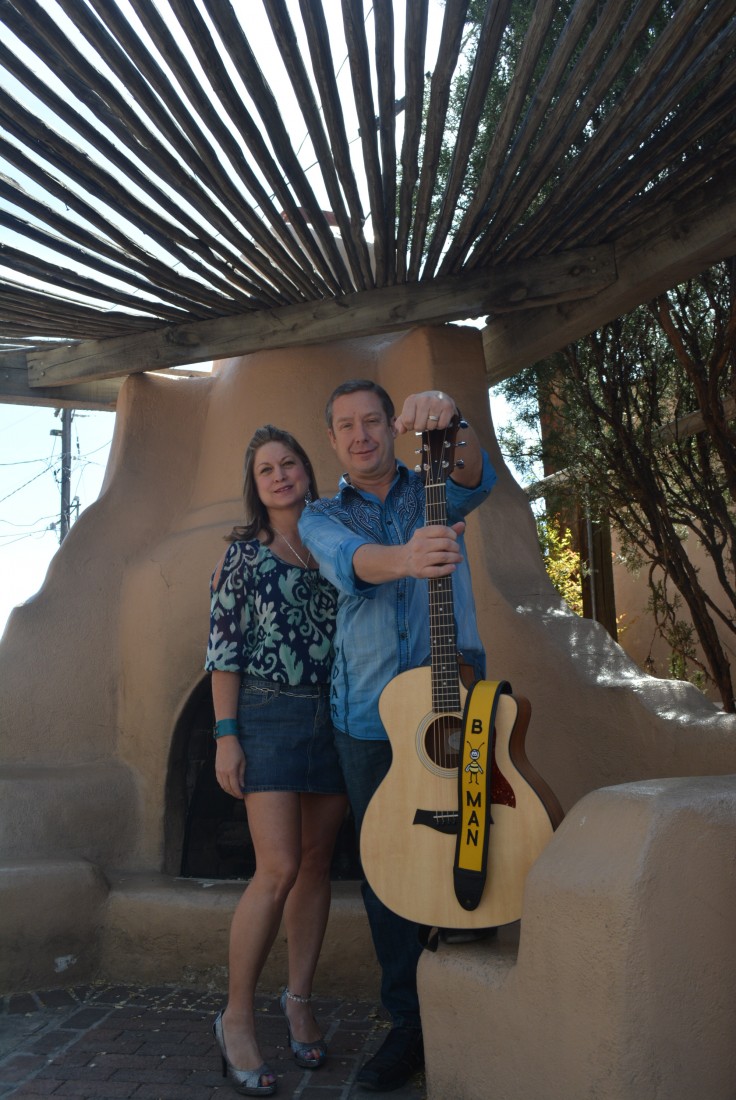 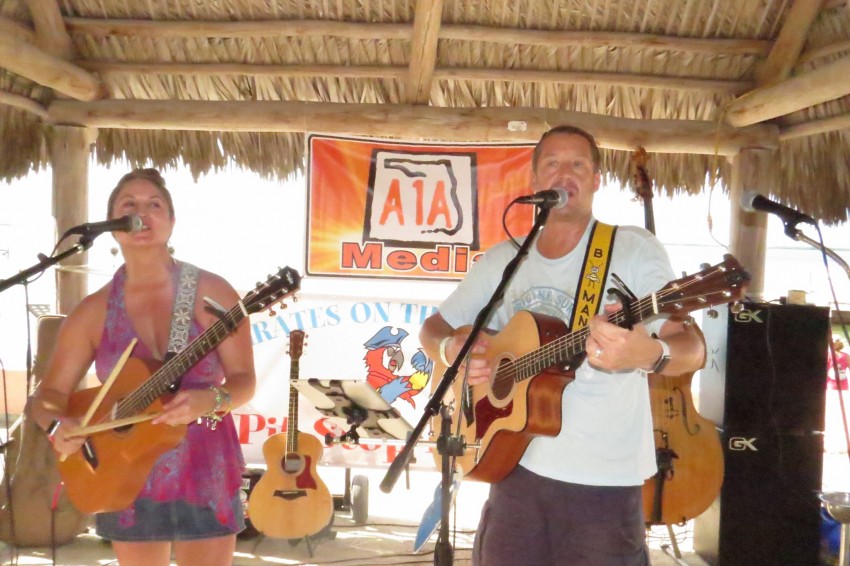 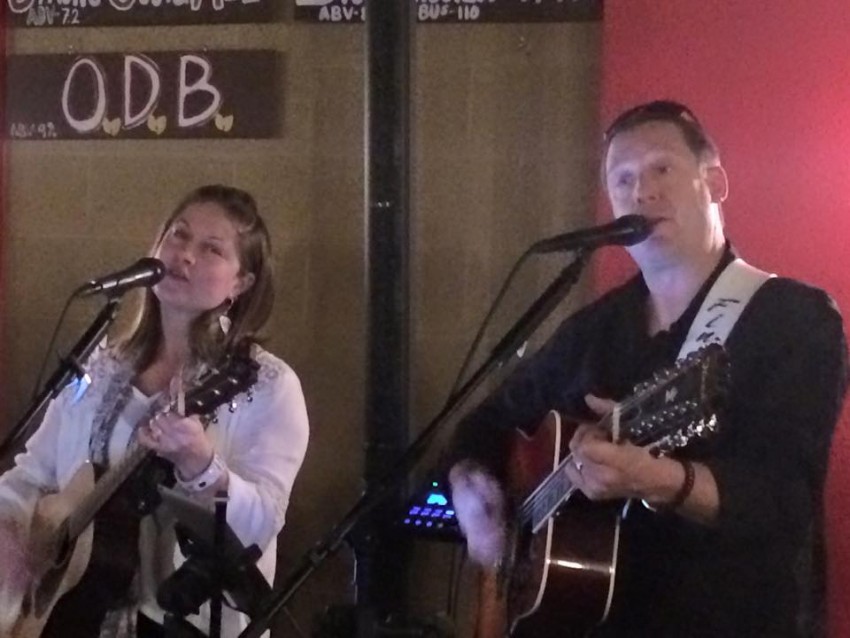 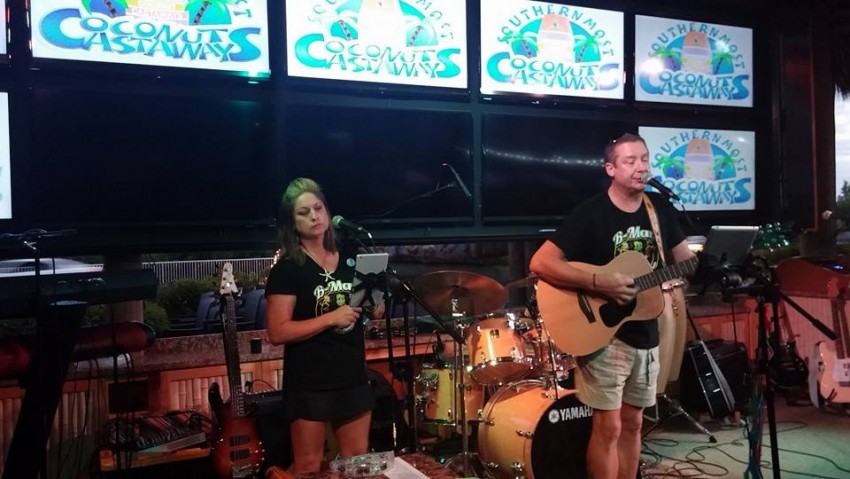 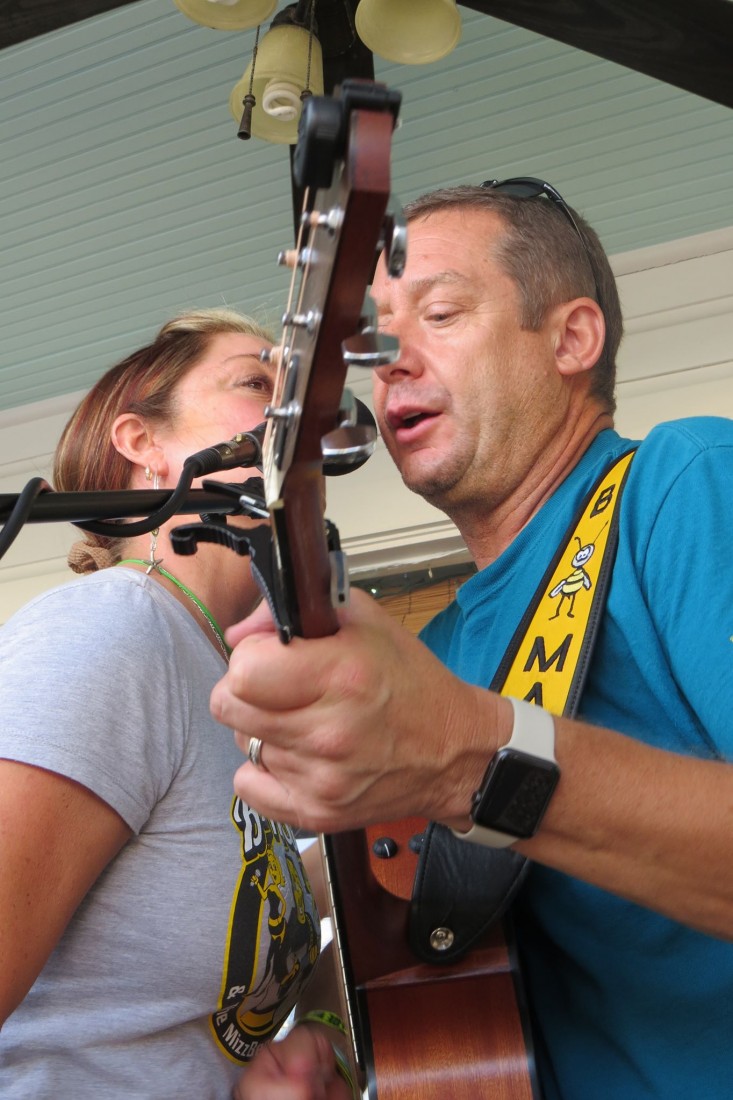 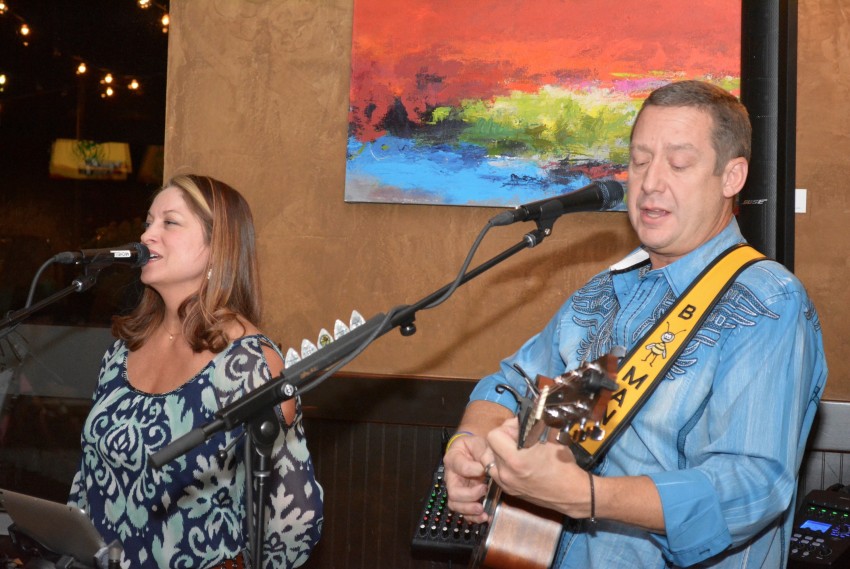 B-Man & mi-Shell live in Key West, FL. For years we’ve been known as B-Man & The MizzBeeHavens but since moving to Key West we ventured out as a duo team. B-Man & mi-Shell’s music is influenced by many artists that include Jimmy Buffett, James Taylor, Johnny Cash, The Beatles, Fleetwood Mac, John Prine, Steve Earle, Kenny Chesney just to name a few. We play a wide assortment of music to include Americana, Rock, Country Rock, Beach Country, Country, Blues, Jazz and TropRock. We’ve had many tell us our music is a “Nautical Americana” style sound. We are available for BBQs, house parties, club parties or special events. We do love to travel & entertain so give us a call.

These two are the B.O.M.B. They do covers and have origionals. Great music. Great time.

My client hired them to sing at a private dinner, and they had nothing but great things to say. The music was exceptional, and they played some of their favorite artists, such as Jimmy Buffet. They even got to hear some original songs that did not disappoint. Very lively and fun duo.

B-Man & mi-Shell play a wide range of music to include Fleetwood Mac, Jimmy Buffett, Pistol Annies, Johnny Cash, James Taylor and so many others plus our originals. We bring fun to the party or event that you expect when it comes to entertainment. You won't be disappointed.

B-Man & mi-Shell (formally B-Man & The MizzBeeHavens) live in Key West, Florida. We play a wide range of music to include Americana, Rock, Country, Beach Country, some Jazz and Blues and Trop Rock. B-Man & mi-Shell’s music is influenced by many past and present artists that include Jimmy Buffett, Johnny Cash, The Beatles, Fleetwood Mac, John Prine, Steve Earle, Kenny Chesney just to name a few. In October 2015, we were honored to be asked to play for the Jimmy Buffett Tailgate Party when Jimmy played in Albuquerque, New Mexico. Pretty awesome to be on stage with the awesome Tommy Rocker from Las Vegas and the late great TropRocker Jim Morris. We have our own original music with our latest CD called "Key West Bound" From that CD we have had 6 songs jump in the Trop Rock Trop 40 with the song "Sail Away" reaching number 1 in April 2016.

Brian Fields, and goes by the name "B-Man" has been playing acoustic guitar since he was 13 years old. Though mostly self-taught, Brian (B-Man) has had blue grass influence during the early years. B-Man also plays the mandolin and has played the banjo in previous years with different groups. After serving 20 years in the Air Force and serving around the world, Brian ended up in the DC area and began finding his roots again in music. This is where the name B-Man was coined. While serving in the Air Force, he earned the nick-name “B-Man” and the name has stuck over time. Brian started a band called the “Garage Boys” in Waldorf, Maryland and eventually started playing in the Jim Seymour Band. During the same time frame, Brian started B-Man Productions in the DC area and managed a few bands finding them locations to play and expanding his musical experience by sitting in and sharing in the band experience. Eventually, Brian relocated to Albuquerque with his wife Michelle (who is also an Air Force Retiree) and started B-Sting Ventures, LLC (a Emergency Management/Homeland Security Company) and played in a band called “Jus4Fun” where their first CD was produced and released nationally and played on numerous internet radio stations and 2 syndicated radio stations. Following the Jus4Fun Band, Brian started the music group “B-Man and the MizzBeeHavens” where they played throughout the Albuquerque area, New Mexico and nationally to include the Las Vegas, Nevada. When traveling as B-Man & mi-Shell, they have traveled throughout the US playing places in Maryland/Virginia/DC area, Charleston, SC, Georgia, Florida, Tennessee, Texas, New Mexico, Nevada and Colorado.

Michelle Tafoya, a true MizzBeeHaven, has played music since she was a young child. She first took guitar lessons in the 4th Grade at Spann Elementary School in the 4th and 5th grade. While in middle school, she also was taught guitar and vocals by her older cousin, Sheela. Michelle played guitar and sang with her church Folk Group at St. Leander Parish in Pueblo, Colorado for seven years, from 6th grade until her graduation from high school. Michelle took a break from music for about twenty-five years while serving in the US Air Force. You'll see mi-Shell playing the “guitalele” a six-string ukulele in the band and playing some great percussion.

B-Man & mi-Shell enjoy living in Key West and sharing their music and writing new music. We hope to share our music with you.

We bring our own sound with us when we come play. We have two Bose systems and lighting. We can use your systems if you so request or desire. We are very flexible when it comes to setting up the stage.