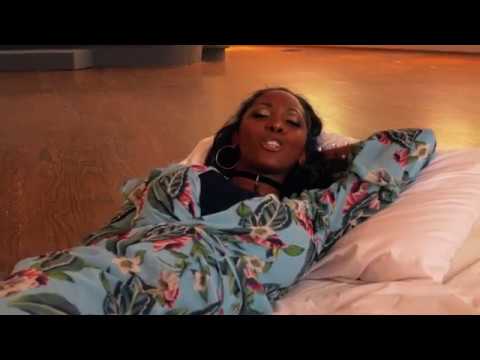 So Many Plans - Official Music Video 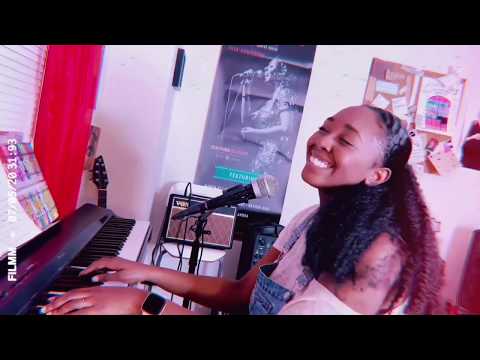 Adore You (by Harry Styles - Serenade) 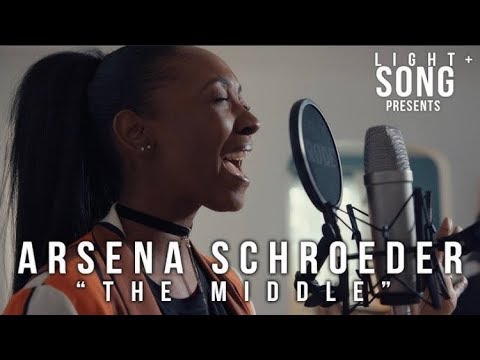 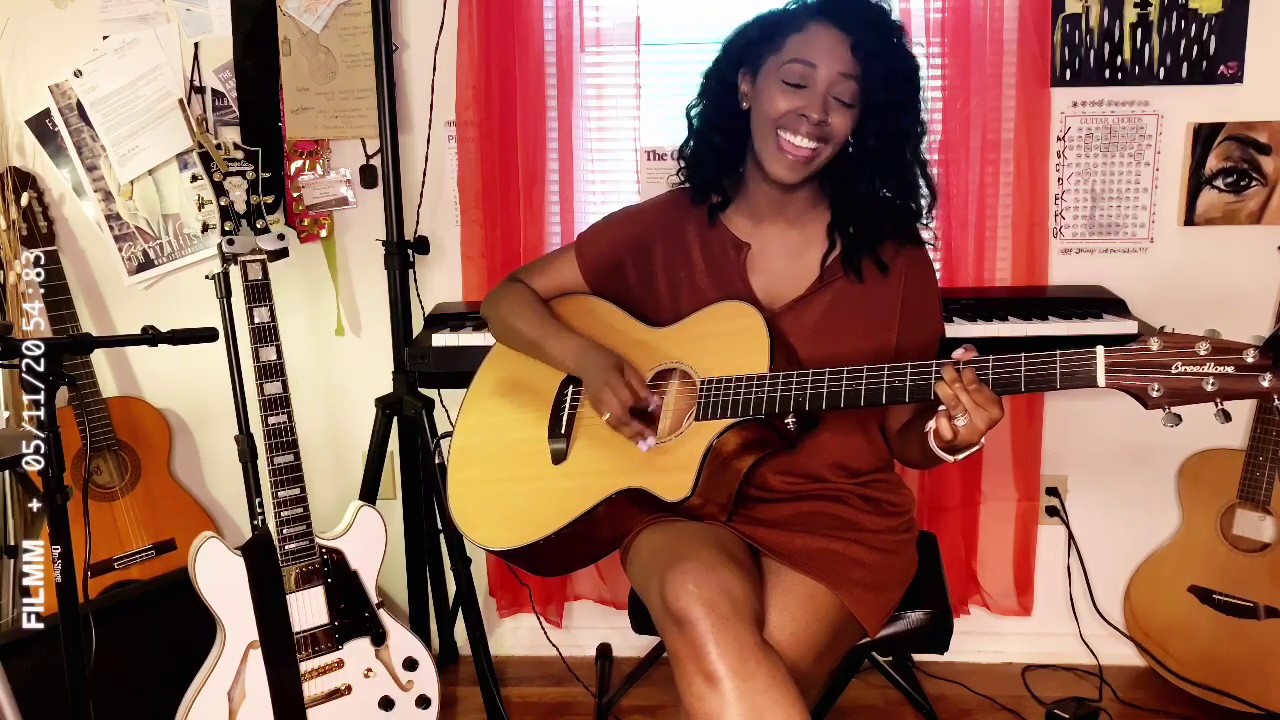 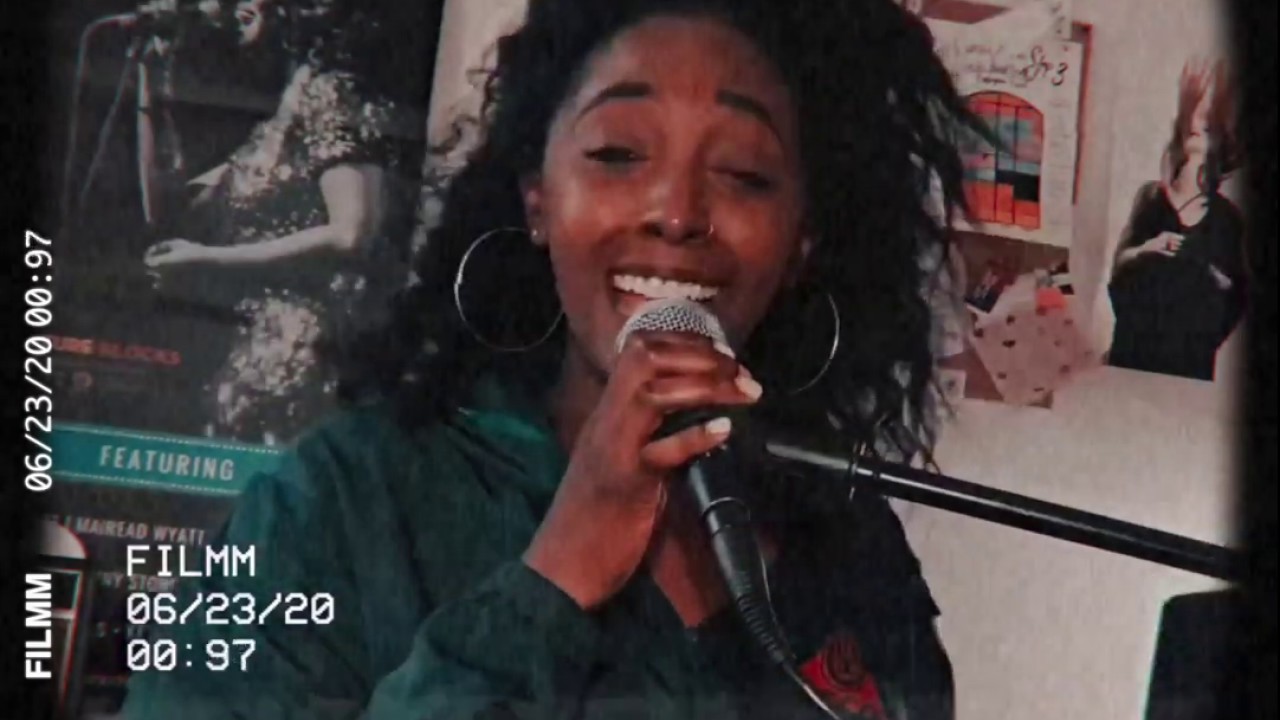 How Come You Don't Call Me Anymore by Prince (Cover) 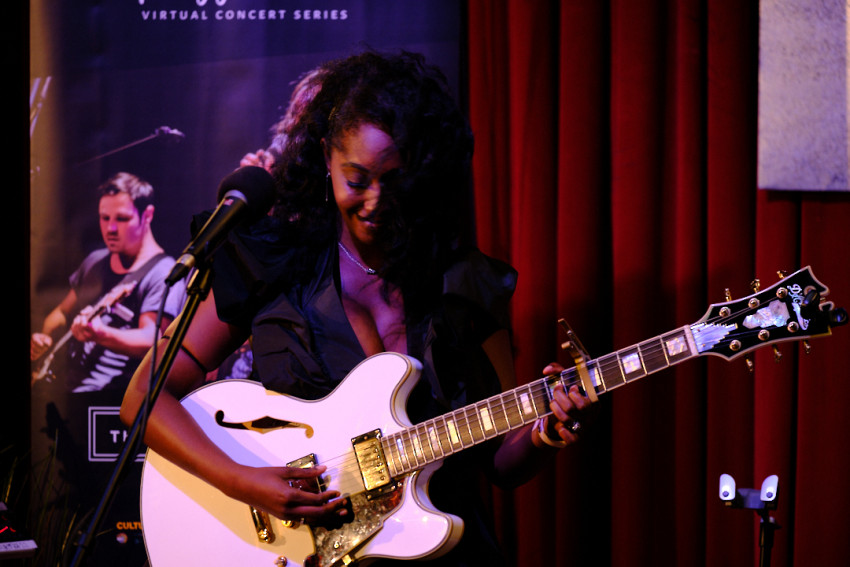 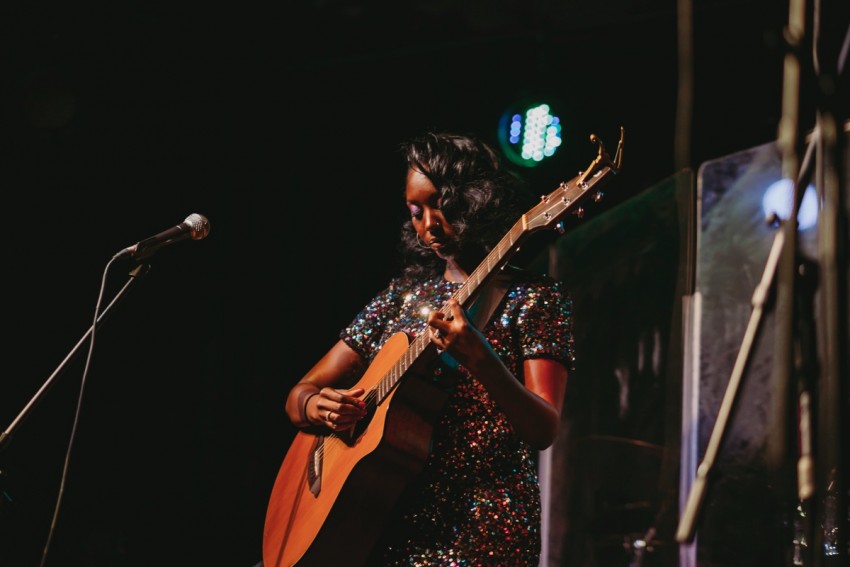 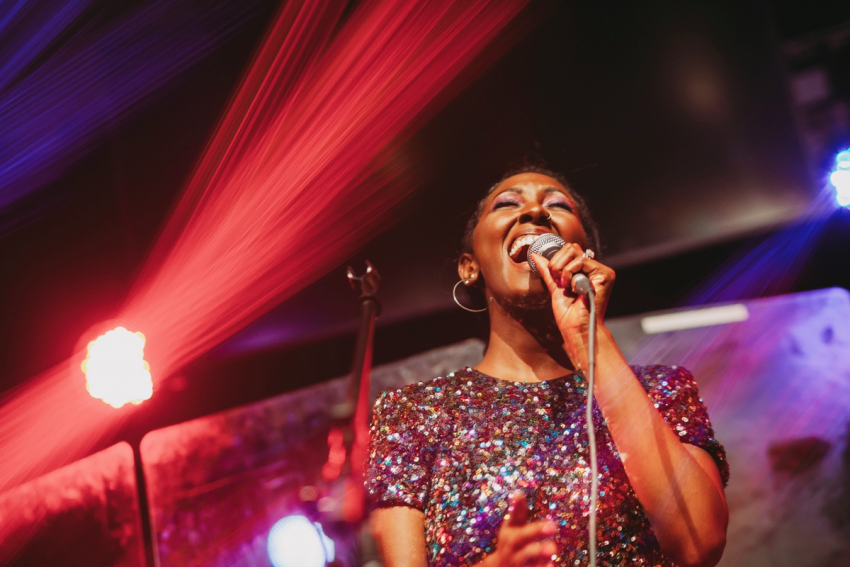 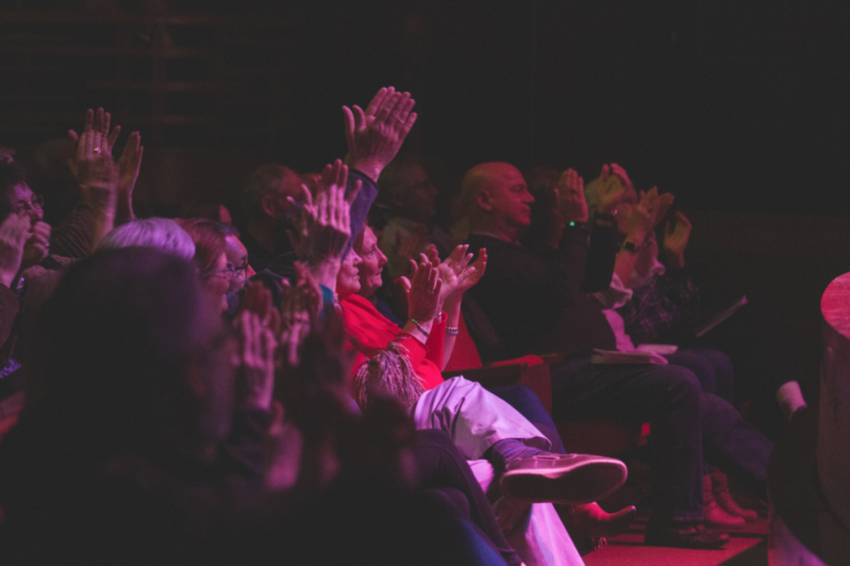 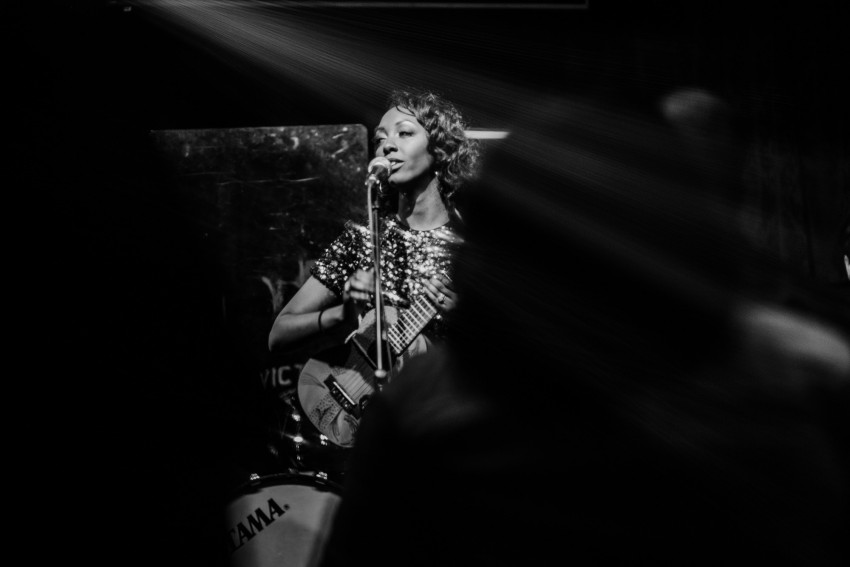 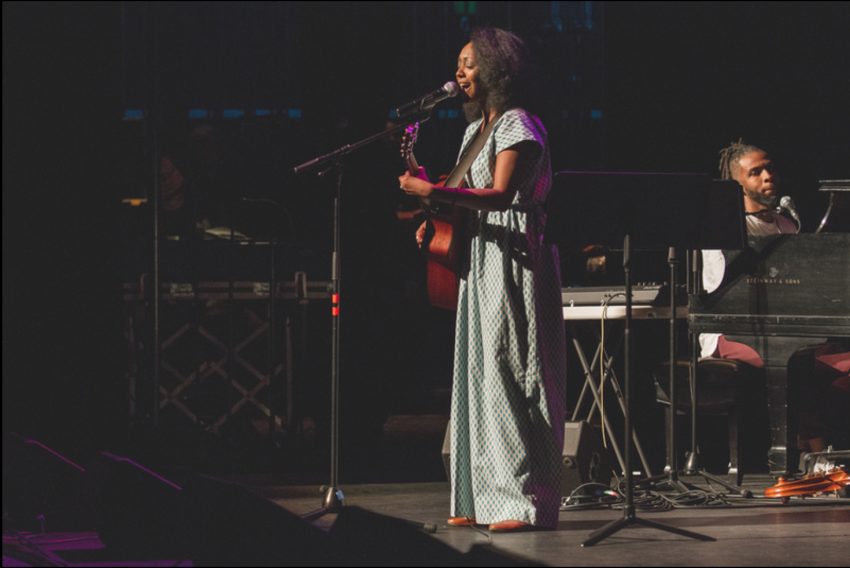 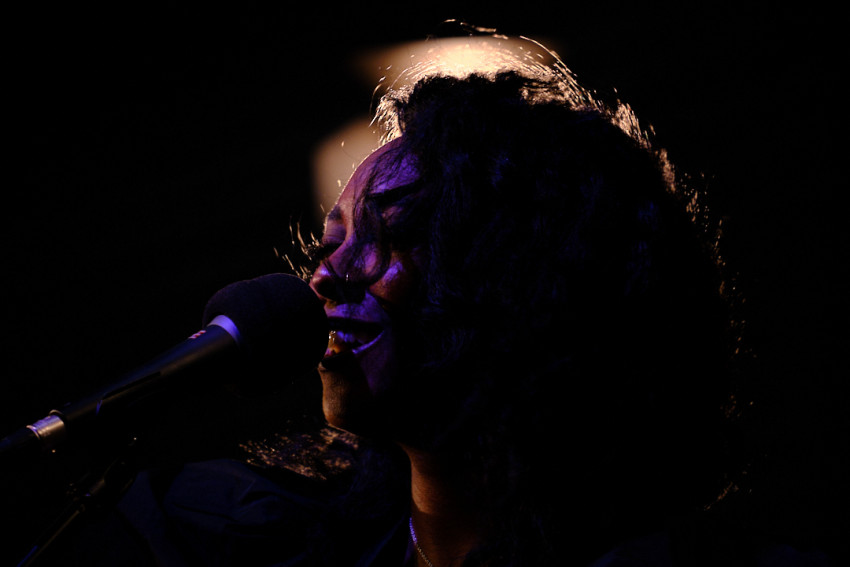 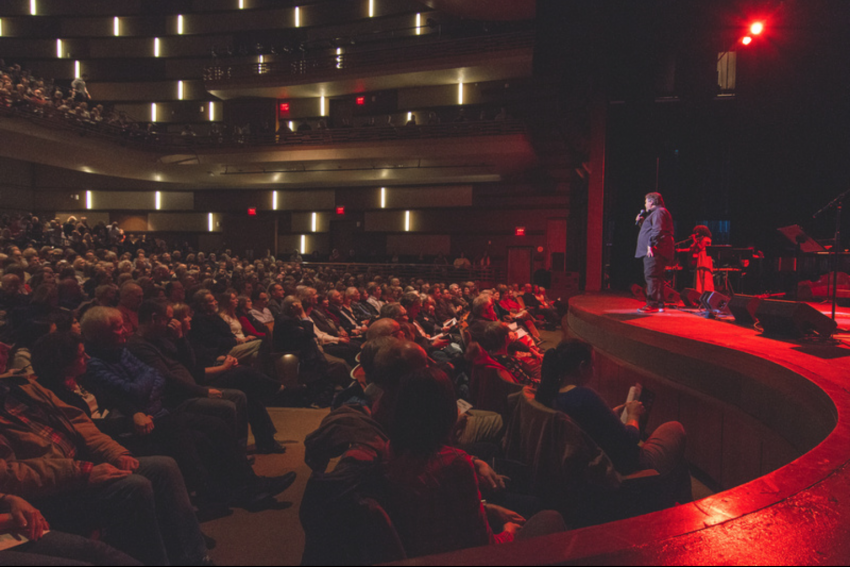 Arsena at Knight Theater Levine Center for the Arts 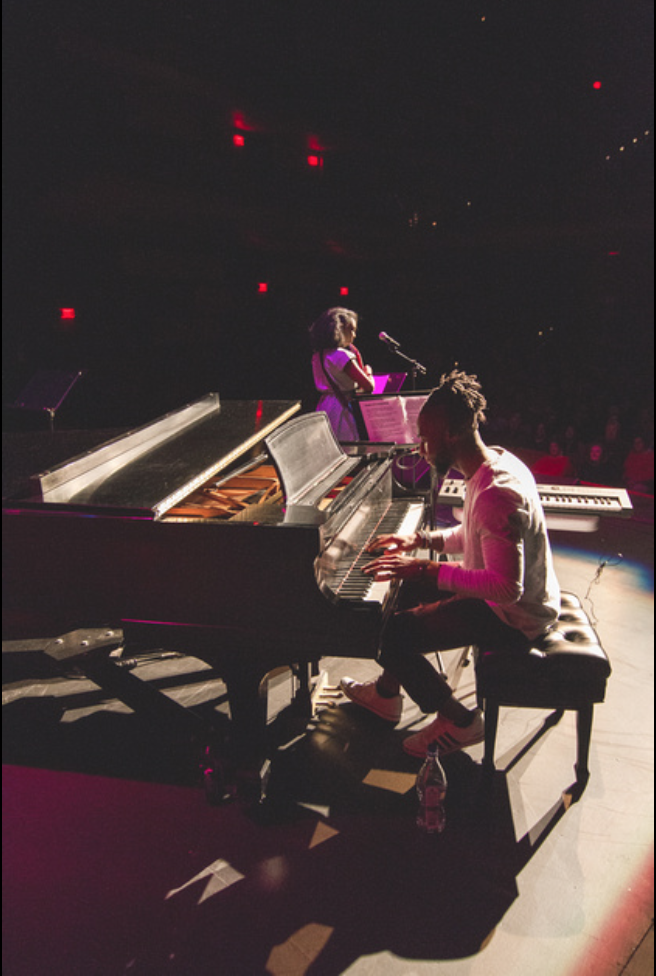 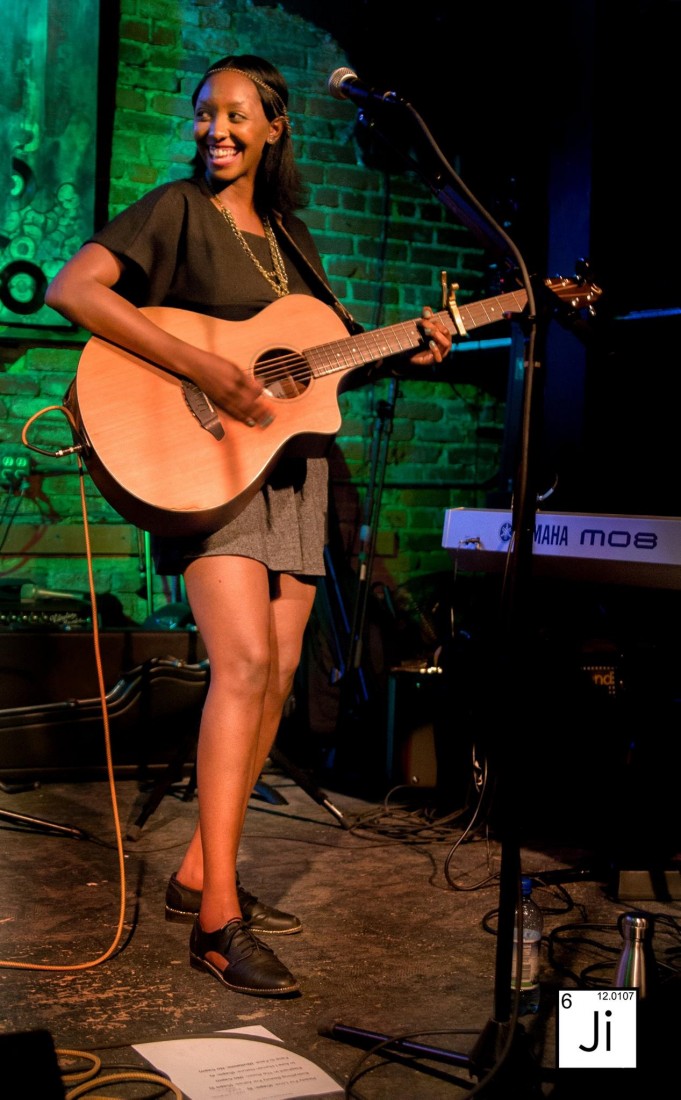 Arsena provides pro-quality performances that create intimate and candid encounters in a variety of settings. Endorsed by Breedlove Guitars, she's accomplished much as a local and touring performer. The list includes but is not limited to performing for Michael Jordan at The Time Warner Cable (Now Spectrum) Arena, becoming a NC Arts & Science Council grant recipient, and headlining internationally at La Loca in Prague, Czech Republic. Book Arsena and your next event is guaranteed to be a special occasion!

Wonderful lady to work with!

Arsenal was professional and pleasant to work with. Very nice person with a kind heart.

Vicki,
It was great working with you & I’m excited to hear more about your music!
Arsena

Absolutely Made The Event!!

Arsena was absolutely amazing. She was responsive to each and every message I sent her prior to my event. It was an engagement so I’m sure I was overly anxious and full of questions. Arsena met with me prior to the proposal and saw my vision and she was as supportive and excited as I needed everyone involved to be. On second thought she was the only person on time, lol. After I requested a time change due to everyone else being late, she was flexible and reasonable and worked with me to make the timing fit perfectly. Her performance was exactly what I needed to make my then girlfriend, now fiancé, say yes. My fiancé broke down in tears in reaction to the first song performed by Arsena and followed it with a solo applaud. Little did she know, it only got better! Arsena followed my directions to a T. Her performance amazing and that’s an understatement. If you were on the fence about whether to book her or not, take the advice of a man who needed an angelic voice and fingers of a seasoned guitarist to turn his “maybe” thoughts into tears, applauds, and a definitely emotional YES!

Carlos! I am so happy for you guys and honored I could be apart of this occasion! I had to fight back my own tears! Your love is beautiful! Wishing you and your fiancé a lifetime of happiness together! -Arsena

Arsena. We had used her for rhe cocktail hour before my daughters reception and we walked into the venue and you heard a soulful voice that was rich in sound and feelings . She played a wide range of songs with her soulful twist. I am,still telling everyone about her . I would hire her again but she may not be available for long because I have a feeling she is going to make it big !

Denise!
Thank you so much for having me apart of your daughter's big day!
It was a beautiful day! Congrats on planning it!
I hope to play for you again soon! :-)
Arsena

Arsena's performance was outstanding. From the beginning she was professional and responsive. Her talent is amazing - unique vocals, artistry, original scores, covers, talented guitarist and pianist. All guests commented on her sound and loved her music. Thanks Arsena for making our backyard feel like a resort in the islands. Your music helped set the stage for a great birthday party. You're simply amazing. I highly recommend you for other personal and corporate outings.

Thanks Mike!
What a great day! Your event was the highlight of my week.

Again, Happy Birthday to your wife!

Up and Coming Talent

I hired Arsena to perform at birthday Sunday brunch social. She was quite responsive and accomdating prior to the event. She showed up on time the day of the performance and quickly set up. The guests enjoyed her set and I would use her again for similar events.

Hey Kallan,
Thanks for having me!
Arsena

A Professional Artist who is First Class with great Style.

When searching for a band for my event the moment I heard her sound I knew she would be a perfect match for my women's event. Her promptness and her passion made me a forever fan. Arsena Schroeder and her band was superb, and they went over and above to make my event successful. Anyone who books Arsena will have an unforgettable experience.

Thanks Erica!
Congrats on a successful event!
Please keep in touch!

I was able to host a Lawn Concert with Arsena Schroeder and her band August 2oth on my Lawn. The music was inspiring and fantastic. A surprise guest (Fantasia) attended to support this new Artist and enjoy the music! I am so excited by Arsenamusic I am looking forward to hosting another concert, and hearing the melodic sounds of Arsenamusic. You want to be there enjoying the sounds with me!

Thanks Linda! What a night!

My husband and I booked Arsena to perform at our daughter's life celebration ceremony. We asked her to sing "Don't wanna miss a thang" by Aerosmith with her acoustic guitar. Her performance was amazingly heartfelt, and her voice was truly heavenly, and literally brought tears to my eyes. I would not hesitate at all to use Arsena again. Her level of professionalism, was top notch. She was there 15 min early with all her equipment set up, and stayed for the entire event, even though she didn't have to. At the end of the day, she truly felt like family to us.

Nitra,
Thanks for such a great review & again for letting me provide music for such a special occasion! You guys ARE indeed family! I hope to play for you again sometime soon!
In my prayers,
Arsena

Arsena Schroeder is a gifted and talented singer-songwriter with a beautiful and unique voice. She performs with passion and confidence. Her music is melodious as she inspires her audience with God-given lyrics. She is incredible!

From arenas to living rooms, Arsena Schroeder provides pro-quality performances that create intimate and candid encounters for any setting. Whether it is indoor or outdoor, these listening-room experiences service:

MUSIC: 50% Covers + 50% Originals. If you have a specific song OR theme you'd like, please mention that in your booking request.

Smaller, solo-acoustic performances include a 600WATT Fender Passport Venue Sound System with a 100WATT monitor & lighting (for some solo gigs).

For solo sets, Arsena arrives 1 hour prior to the agreed upon start time for set up & sound check and to make sure you have everything you need. For full band, Arsena, production, + band arrive 1.5 to 3 hours prior to start time to load-in, set up, and sound check. For full-band gigs, sound is not all-inclusive - we outsource with Gea Mase Media for our sound needs.

You can expect professionalism, timeliness, a star quality performance, and an open line of communication to ensure the live music for your event is just what you need.

Breedlove Guitars endorsed, Arsena Schroeder is an American soul artist with pop, R&B, folk, & inspirational influences. Based out of Charlotte, NC, this multi-talented singer-songwriter is known for soulful twist on pop songs & her heart-felt original tunes.

Having recently released her sophomore album "Sleep Talking", Schroeder has accomplished much touring as an independent recording artist. This list includes but is not limited to headlining her first international show, joining the Breedlove Guitars Artist Roster, and winning over hearts with a standing ovation from Michael Jordan at The Time Warner Cable (now known as Spectrum) Arena. Schroeder originally from Pittsburgh, PA has impressed her way into the hearts of the regional, national, & international scene.

She's headlined in cities like North Hollywood, Seattle, Fort Polk Lousiana, Prague, Atlanta, & New York City and more! In 2017, Schroeder launched the Dear Soul Music Co. to provide resources for fellow independent artists. Since its start, it’s been awarded over $30K in support of her brainchild, the Unplugged+Live Concert Series and the Using Your Unique Songwriter’s Workshop. WSGE 91.7FM says, “We applaud her entrepreneurial spirit. She is definitely about getting things done”. Joni Deutsch of NPR says, "She has the voice of an angel and the hustle of a Forbes 30 under 30". The Next Gig Europe (Netherlands) says, "Arsena Schroeder is one of those artists who progresses step by step. For several years now she regularly releases excellent records and singles. What is constantly constant is the beautiful voice of this soul / pop singer and the uncompromising songs, where her feeling has priority over hit sensitivity or pleading the listener. [Sleep Talking] makes for a very personal and very beautiful album.

Full-Band Production including but not limited to:
Front of house, speakers and console.
5 monitor wedges with 5 separate mixes.
2-3 vocals
1-2 keys
All necessary mics and connections to reinforce audio
Aux input for audio playback
4 Chauvet TriBar light fixtures
Engineer for audio and lights throughout the show.
-OR-
For an additional fee, our production company, Gea Made Media is available to provide your sound needs.

The Middle - Marren Morris
Youngblood - 5 Seconds of Summer
2002 - Anne Marie
Yellow - Coldplay
Closer- Goapele
Human Nature - Michael Jackson
The Way I Am - Ingrid Micahelson
Tell Him - Lauryn Hill
Lovesong - The Cure
Breakeven - The Script
Dream On - Aerosmith
Fast Car /Gimme One Reason- Tracy Chapman
Purify Me - India Area
Paradise - Coldplay
I'm Yours - Jason Mraz
Turn Your Lights Down Low - Bob Marley
Use Somebody - Kings of Leon
Umbrella - Rihanna
Stand By Me - Ben E. King
You Know You Like It - Aluna George
When You Were Young - The Killers
I'll Fly Away - Albert Brumley
Somewhere Over the Rainbow - Isreal Kamakawiwo'ole
Time After Time - Cydni Lauper
Count on Me - Bruno Mars

& a handful of originals that can be heard at:
(link hidden)