Back to Samba Dancers 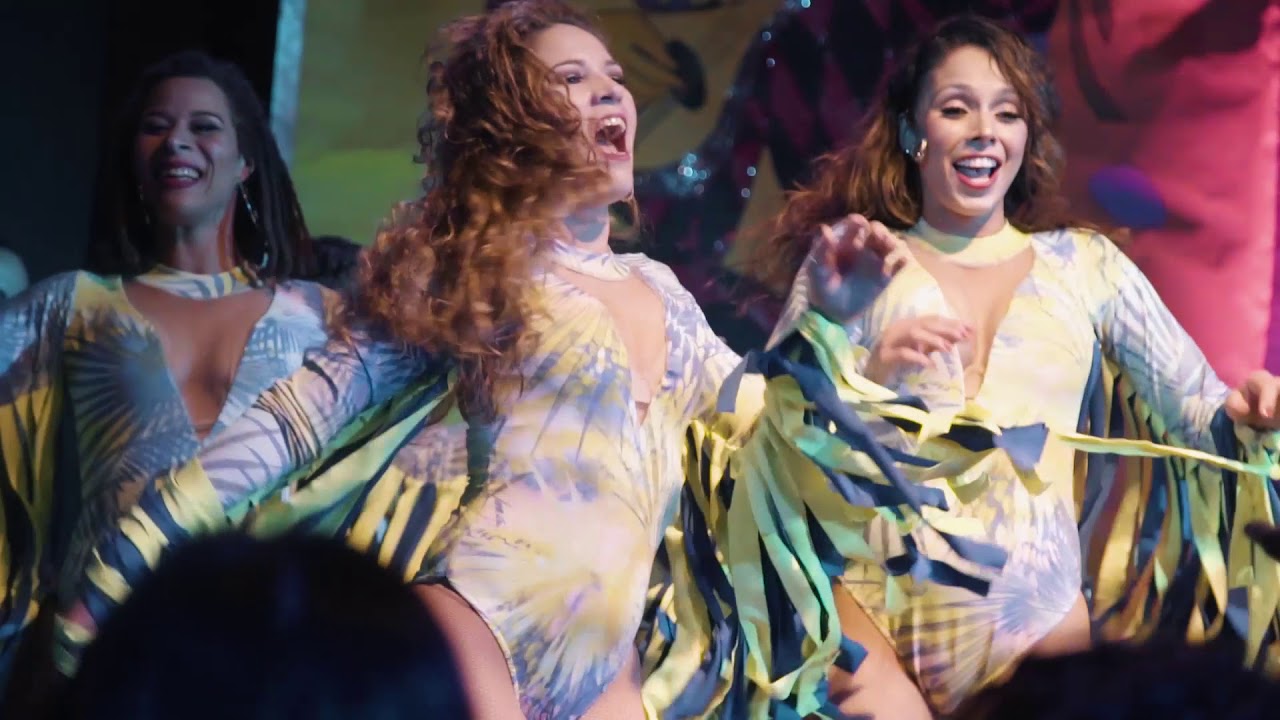 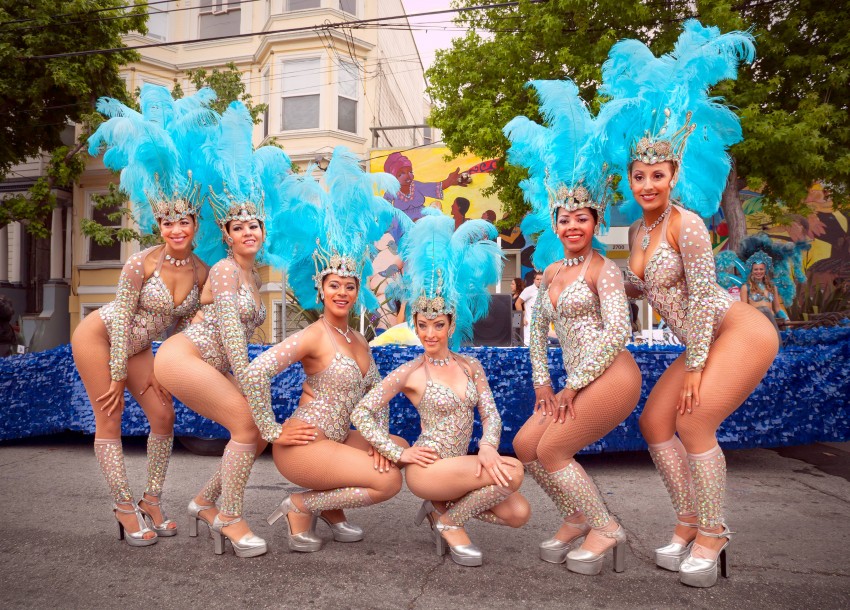 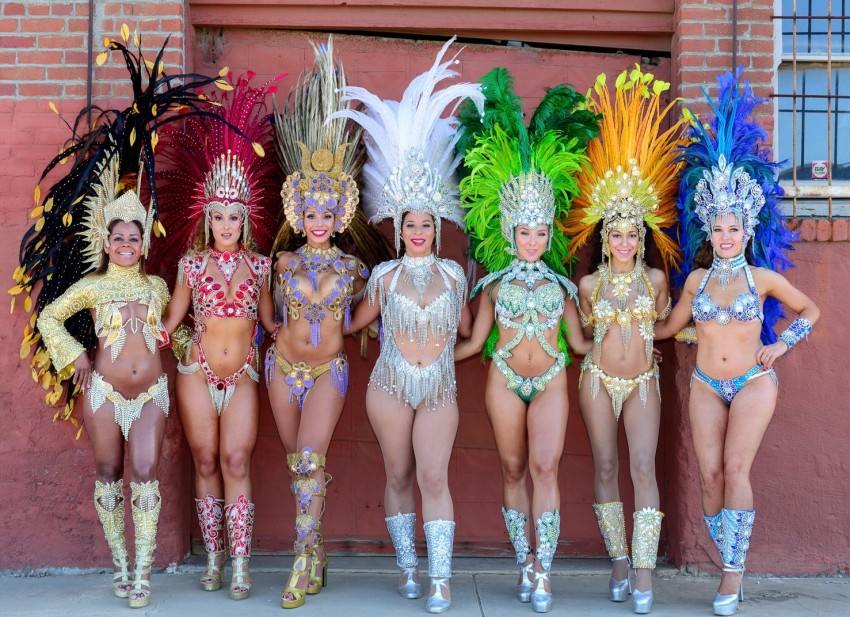 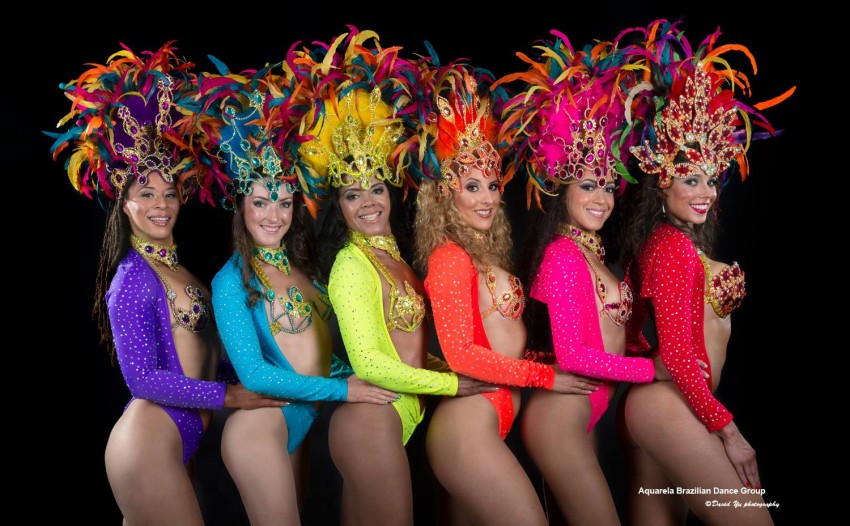 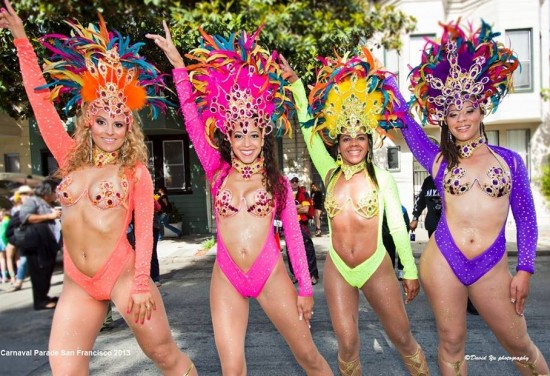 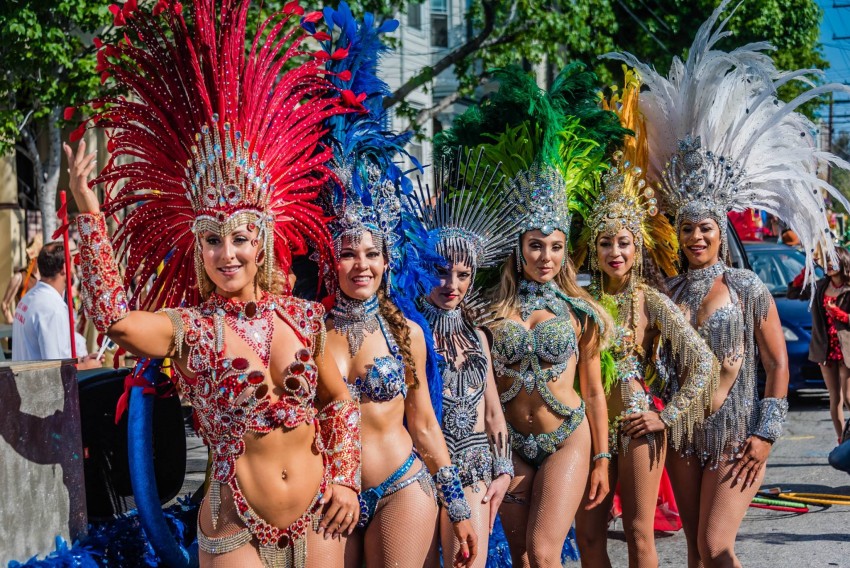 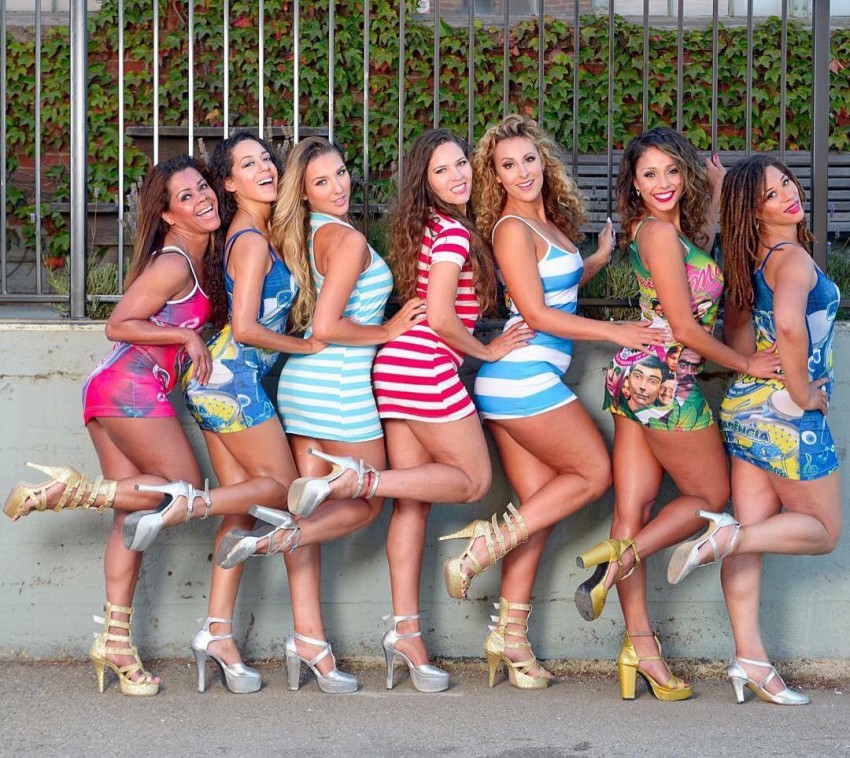 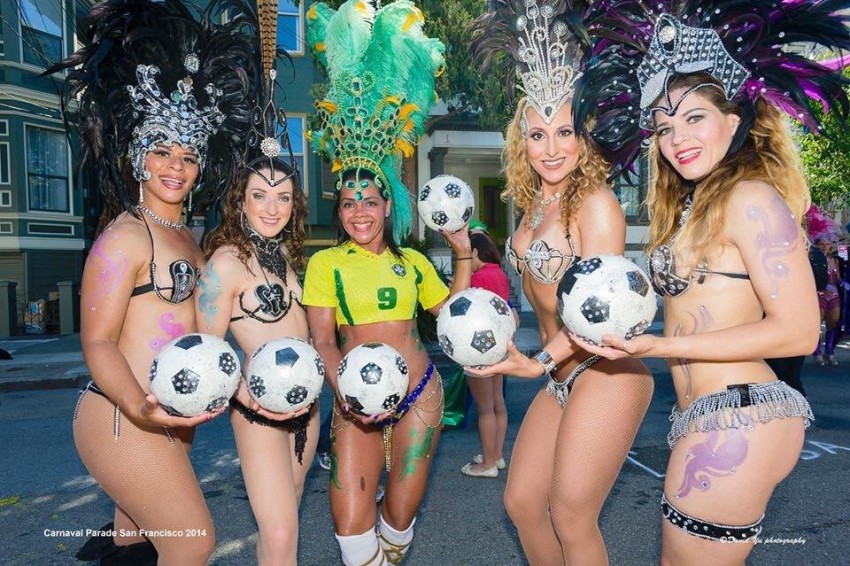 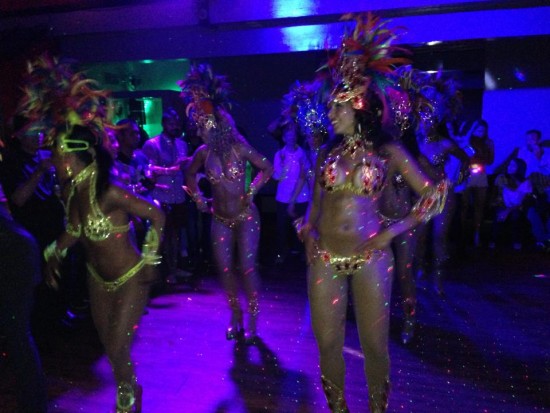 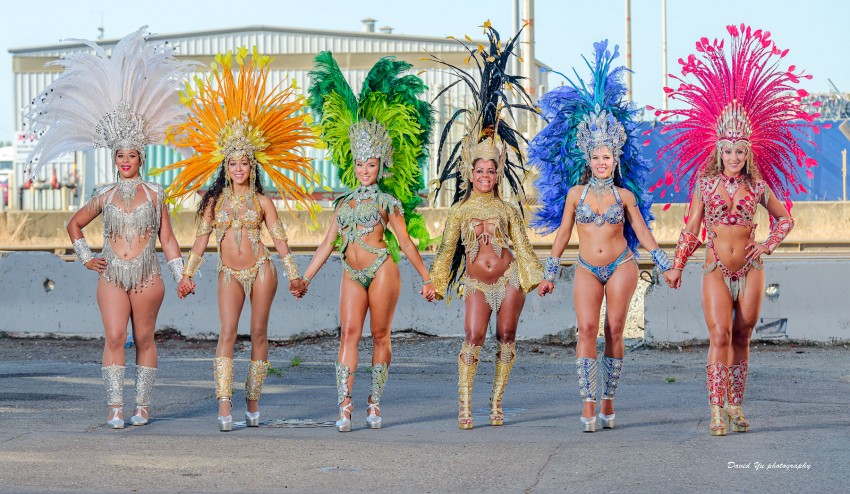 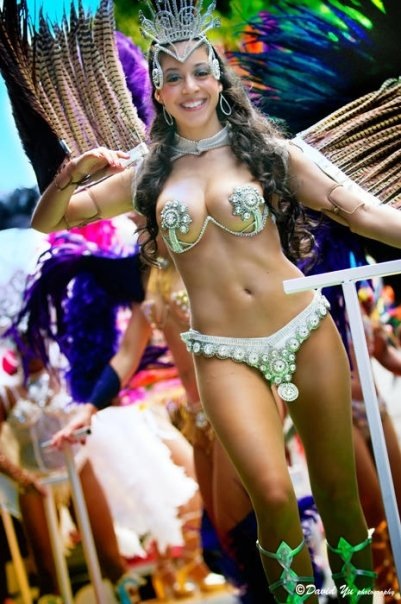 Let Aquarela bring the love, color and passion of "samba no pé " to your next event with an authentic samba show , featuring elaborate Carnaval costumes, professional samba dancers and the irresistible rhythms of Rio! Founded by a Brazilian native, we have been bringing the ultimate carnaval experience to the SF Bay Area and beyond for over 30 years. Shows include birthdays, weddings, festivals, fundraisers, concerts, night clubs, major corporate events as well as performances with famous Brazilian icons. We take pride in bringing the authenticity, energy, style, beauty and magic of Rio de Janeiro to each and every performance. Contact us for your next celebration!
Beijos
Aquarela

Sylvia and one more female dancer

The performance was amazing. The girls interacted with everyone at our party without making anyone feel uncomfortable.

Thank you so much Miguel! We loved celebrating with you guys!

Aquarela wants to create a wonderful celebration just for you. Let this award-winning, professional dance group customize the perfect show to fit your event.

Our beautiful passistas (samba dancers) will enliven your event in dazzling, crystal encrusted bikini costumes adorned with feathers and original choreography, bringing the sights and sounds of Rio Carnaval to you . Aquarela can also provide a lively percussion group or acrobatic capoeiristas to complete the exuberant Carnaval atmosphere. With our choreographed dance routines, colorful costumes and pulsing rhythms, Aquarela guarantees an event your guests will never forget.

We guarantee that we will arrive on time and leave you with no worries. We know that events can be stressful, and we strive to not add to this stress. We guarantee to provide an unforgettable show that will leave you and your guests with a lifetime of memories.

Founded in 1986 by Brazilian native, Maria Souza, we have been sharing our love of Brazilian culture and Carnaval through traditional costumes, music, and dance.

Aquarela means watercolor in Portuguese and the group has always appointed dancers from a variety of different backgrounds to reflect the color and diversity of Brazil. Since its inception, the dance ensemble, consisting of 6-8 Passistas (samba dancers), has been under the artistic leadership of Maria Amabilis de Souza, with additional direction from Silvana da Silva Sousa in recent years.

Other groups have emerged during the 32 years of our existence, yet we have maintained our reputation as the most sought after Brazilian entertainment company in the San Francisco Bay Area. Aquarela takes pride in always presenting high quality and authentic styles of music and dance. In addition to the difficult and extravagantly explosive Rio de Janeiro style of samba (samba no pe), Aquarela’s dancers perform a variety of styles that showcase the diversity of Brazilian culture, including axe, samba reggae, pagode, forro, xaxado and frevo. The group is also noted for its creative and daring costumes, which are inspired from the latest fashions of the samba schools in Rio.

Aquarela is always the first choice for the biggest names in Brazilian music. We have had the pleasure of working with world renowned musicians such as Carlos Santana, Cidade Negra, Daniela Mercury, Jorge Aragão, Diogo Nogueira, Martinho da Vila, Monobloco, and one of the most important voices in the history of Brazilian Carnaval, Neguinho da Beija-Flor. Other events include the 1994 Soccer World Cup Opening Ceremonies, the Black and White Ball of the San Francisco Symphony, the Goldman Environmental Award Ceremony, Macy’s Passport Fashion Shows, San Francisco 49ers games, and many Carnaval parades in San Francisco, Los Angeles, San Diego, Las Vegas and Hawaii. We have performed internationally as well on extended tours of Taiwan and Singapore.

The San Francisco Carnaval Grand Parade has elected five official Queens and four Kings from Aquarela, making Aquarela the group to produce the most Carnaval royalty of any other competitive cultural dance group in the Bay Area.

cd or ipod hook up

parking depending on venue