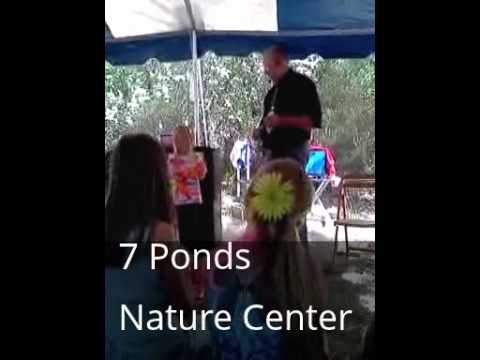 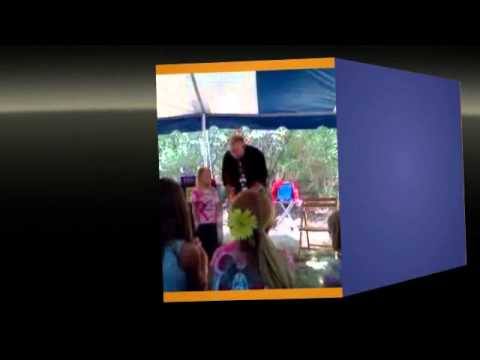 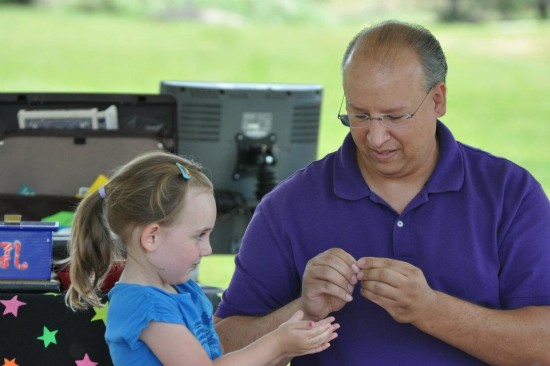 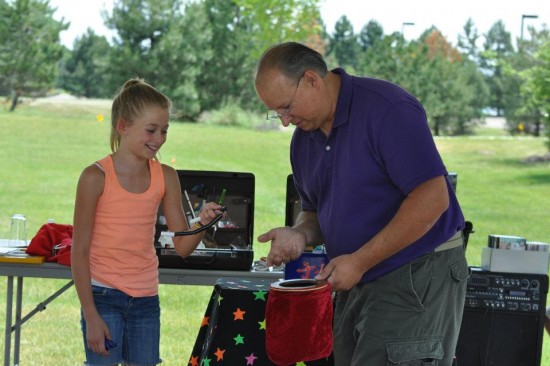 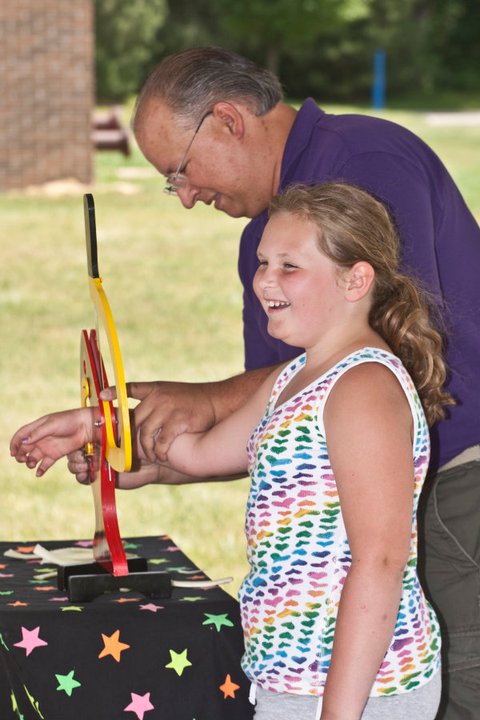 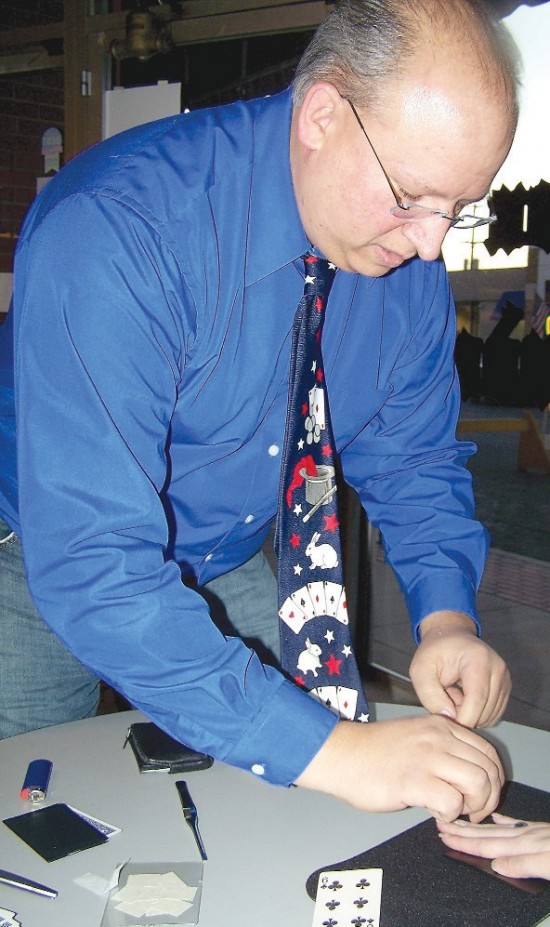 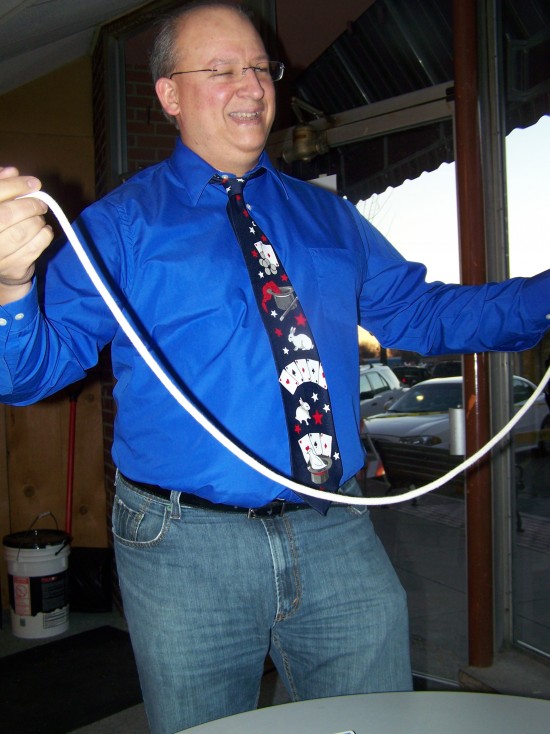 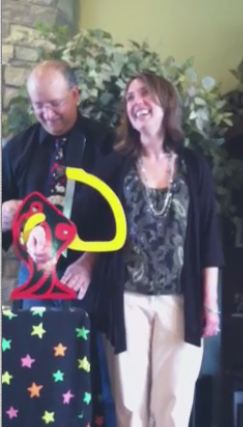 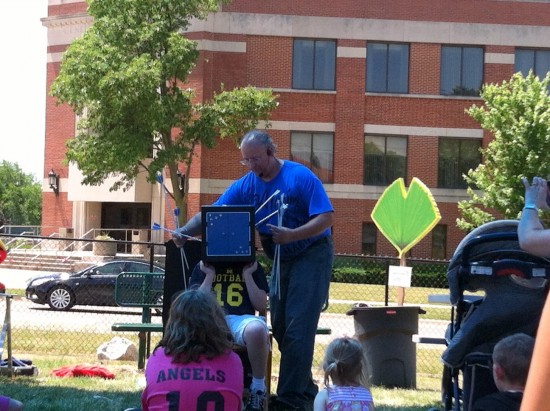 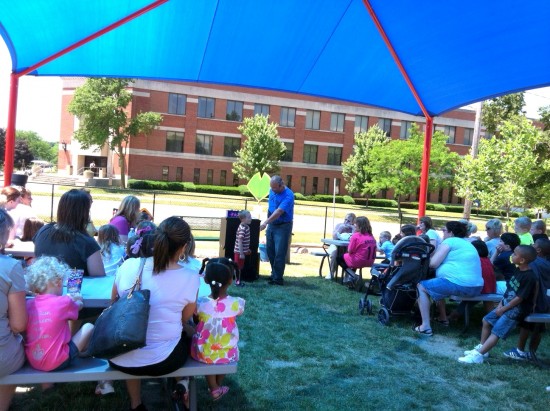 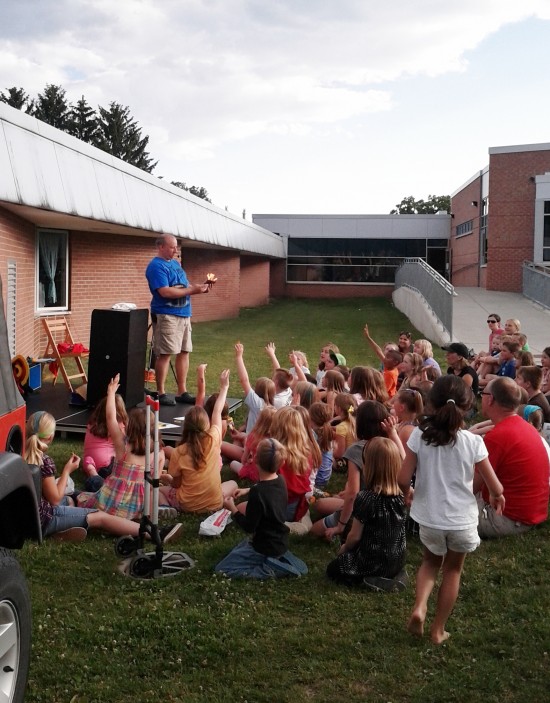 End of the school year party! 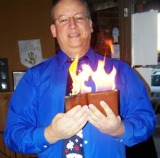 This is one of my "Hot" tricks

FUN COMEDY MAGIC! Birthdays, Holidays, Stage, Schools, Strolling, AMAZING Magic for all occasions and all ages! I have over 20 years of experience entertaining audiences half way around the world! Make your next event the one to remember! My interactive Magic show involves everyone in the audience! Dates are filling up fast – book your event now!

HAVE MAGIC, WILL TRAVEL!

Mike was truly amazing. The kids loved the show and Mike had it right down to their level. The one great trick was the secret guest who happened to be our pound keeper. He was a good sport.

These are the reasons why I would hire Amazing Mike Magic again:
He arrived way ahead of schedule to set up and begin his show on time
His show was respectful, fun and truly amazing
He demonstrated how to do some simple but fun magic tricks
His show involved a lot of audience participation
His sense of humor delighted the very young to the 'retirees' that were in the audience
He kept us on the seat of our chairs with never a dull moment
He was extremely professional

THANK YOU SO VERY MUCH!

Amazing Mike was Awesome!!!! Every one enjoyed his show!!!

We had a family Christmas party and Amazing Mike was Amazing!!!! Even the Men at the party enjoyed his show!!! Would highly recommend him for any age group and gender!!! Very Reasonable Price too!!! Thank-you Mike!!!

Worked great with the kids.

Amazing Mike did a great job at my Grandsons birthday. They were 3 & 5. He worked worked well with the kids and was very entertaining.

I saw Mike at my boss's annual holiday party and he really is AMAZING! He had us all laughing and blown away with his show. This was the best party I've been to in a long time.

My daughter and friends had a lot of fun!

I hired Amazing Mike for my daughter's birthday party and after the magic show she told me "it was best birthday ever!" Having Mike come to my house was a lot easier (and less expensive) than taking them to see a movie! Thanks again, Mike!

My show not only entertains the kids, but, parents and grandparents as well!

Kids of ALL ages will be AMAZED!

I have been entertaining audiences for over 20 years. I provide an affordable, 45 minute fun filled Magic show that will “Amaze” children of ages 5 to 105.
My Magic show will make your Birthday Party, Holiday party, Pirate party, or Special Event memorable at your School or in your home!
Servicing Flint, Grand Blanc, Davison, Lapeer, Genesee, Oakland, Macomb counties and surrounding areas.

Find me on Facebook for more info and photos of shows: Amazing Mike Magic Shows

Featured performer at the American Museum of Magic!

**************************************************************************
Local man takes joy in entertaining with illusions
BY GARY GOULD - Davison Index
(phone number hidden) • ggould(link hidden)
A Davison Township resident has turned his love of magic tricks into an entertaining act he says will appeal to anyone “age 6 to 106.”
As “Amazing Mike — Magician Extraordinaire,” has entertained at children’s birthday parties, company functions, restaurants and holiday events.
His interest in magic goes back to when he lived in Warren years ago and would drive by a business called Romig Magic, which sold magic tricks and supplies. “It was one of those places you drive by 100 times and say you’re going to go inside, but never do,” said Mike. “When I finally went in, I bought my first magic trick.” Since then, Amazing Mike has been hooked on magic. He’s bought many other tricks and developed some of his own, all of which he tests first on his wife and family.“I’ve been driving my wife nuts ever since,” said Mike. “Some days she won’t even have her coat off and I’m asking her to pick a card.”
Magic was initially a hobby for Amazing Mike, but eventually he turned that into a show. He’s done a little of everything, from birthday parties to school lock-in and even corporate Christmas parties.
He said he enjoys making people laugh, some he incorporates a little humor into the show. The appeal of magic, for Mike, is also in pulling a good trick off on an unsuspecting audience.
“When I can get adults to say ‘hey’ or ‘how’d he do that’ then I know I’ve done my job,” he said. “It’s doing the impossible. Making the impossible possible.”
Amazing Mike’s toughest crowds are kids, who try to see through every trick and like to guess how he did something. Girls are even more difficult, he said, because many become upset when he gets one over on them.
“Engineers are much more analytical, more logical about everything,” he said. “Some can figure out the tricks. Sometimes they just get upset if they can’t figure it out.”
One place Mike said he finds creative inspiration and a place to try out new tricks and learn from other magicians is The Conjurors Club, a group of about 10 area magicians who gather monthly to discuss the art of magic. He said the meeting is the fourth Thursday of every month at 6 p.m. and all ages and skill levels are welcome.
The club meets at the Allstar Sports Bar private room, 4312 S Dort Hwy, in Burton. Details: e-mail conjurorsclub(link hidden) or on Facebook: IBM RING 36 Conjurors Club.
Mike said he doesn’t have a favorite magician, or one who inspires him. He said he enjoys watching all kinds of magicians and doesn’t mind borrowing a little something from each one’s act.

I can perform just about anywhere! From a small living room, the backyard, to a big stage. I have a battery powered portable sound system that ensures all will be able to hear.