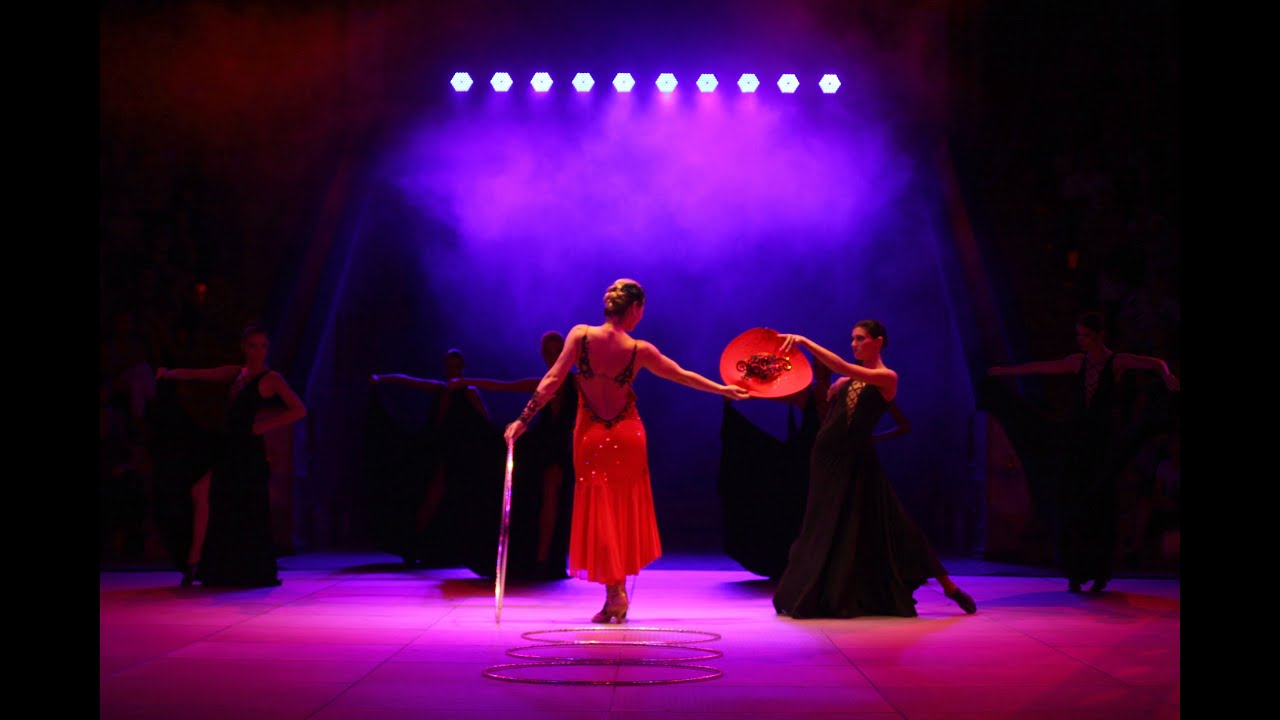 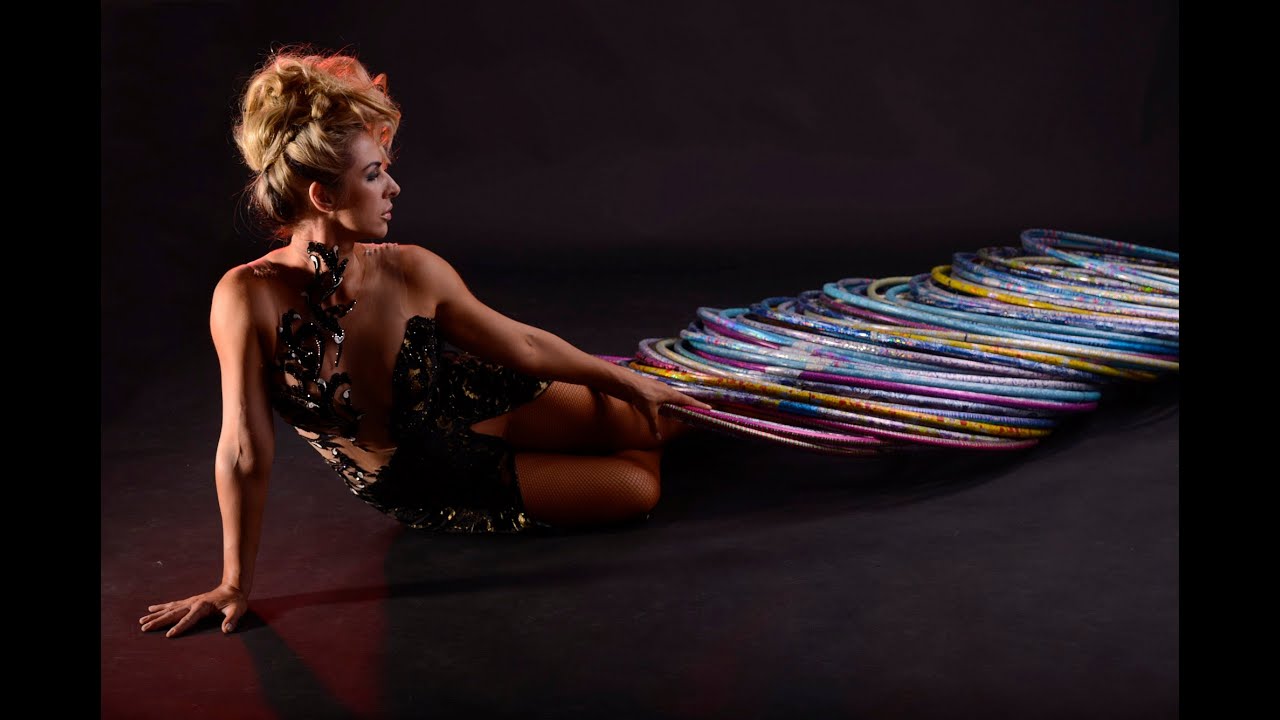 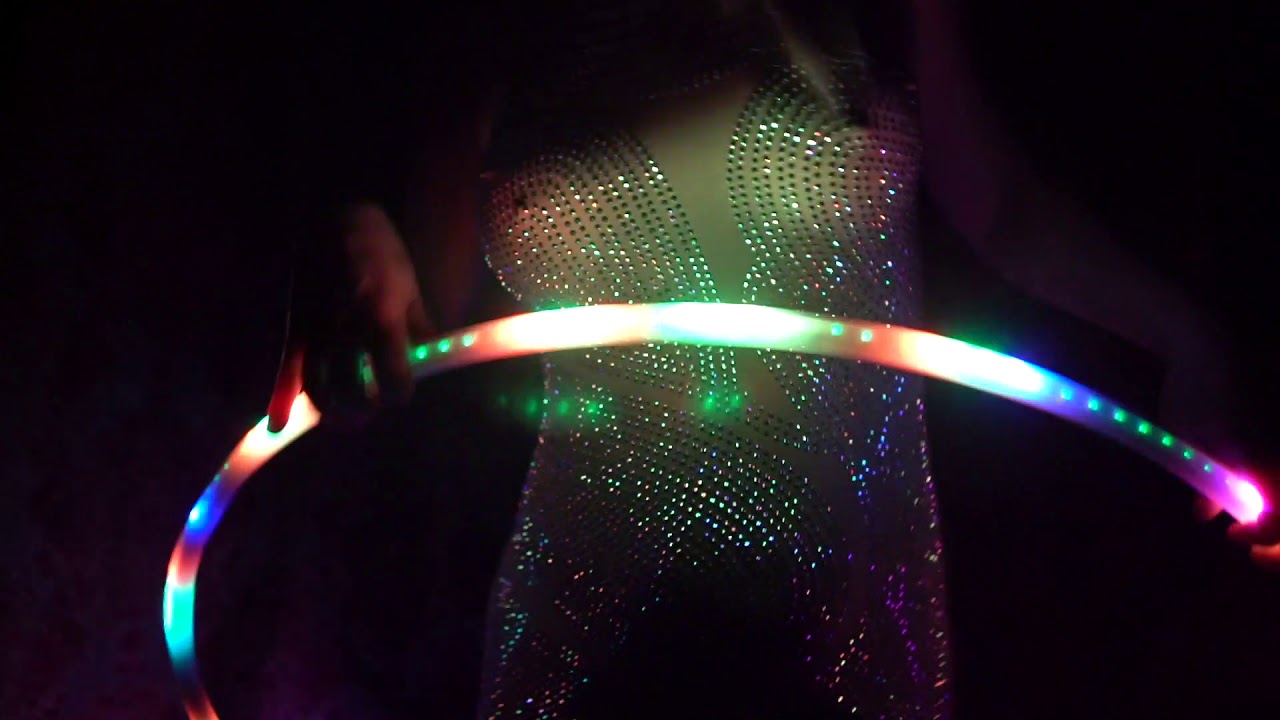 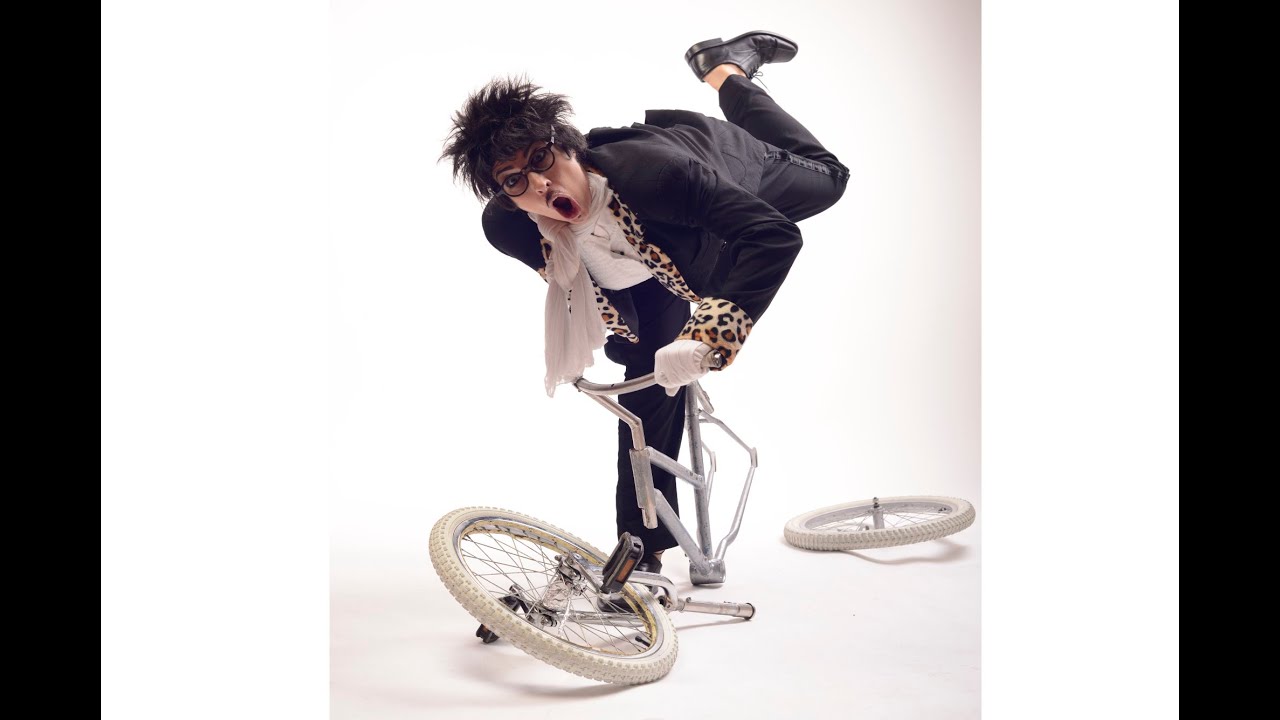 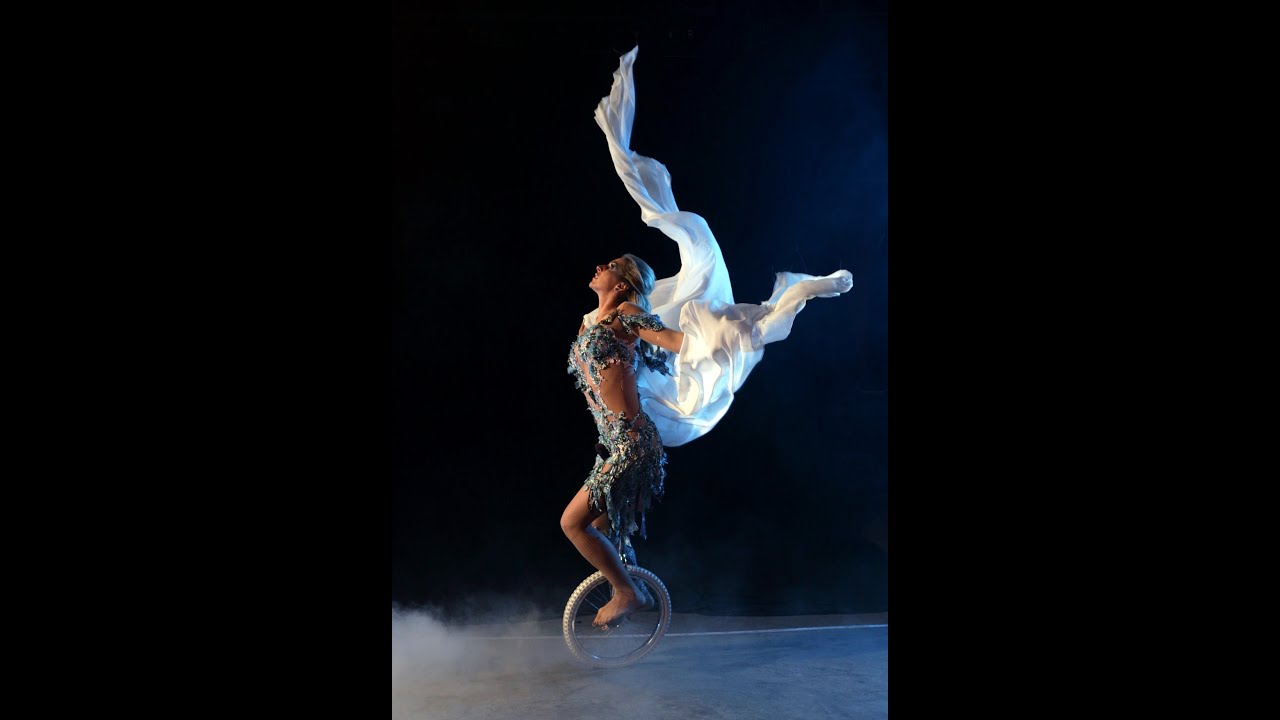 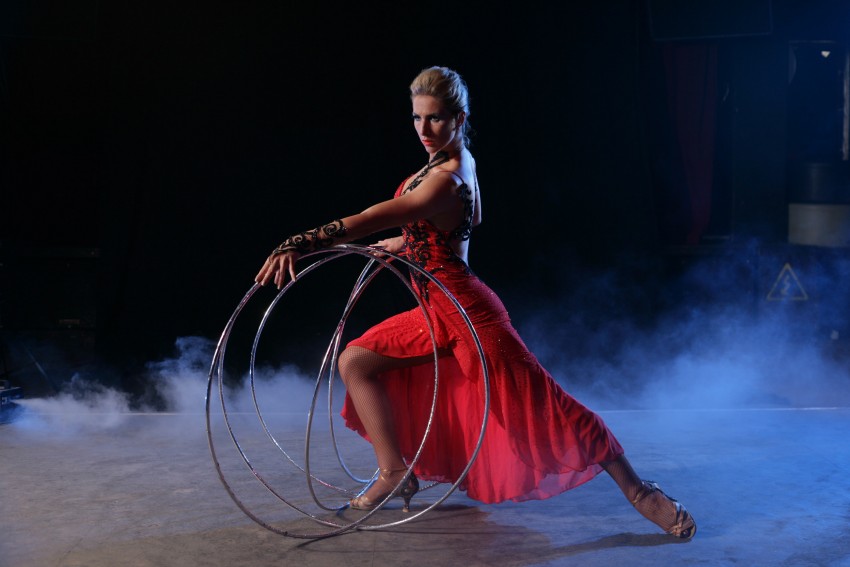 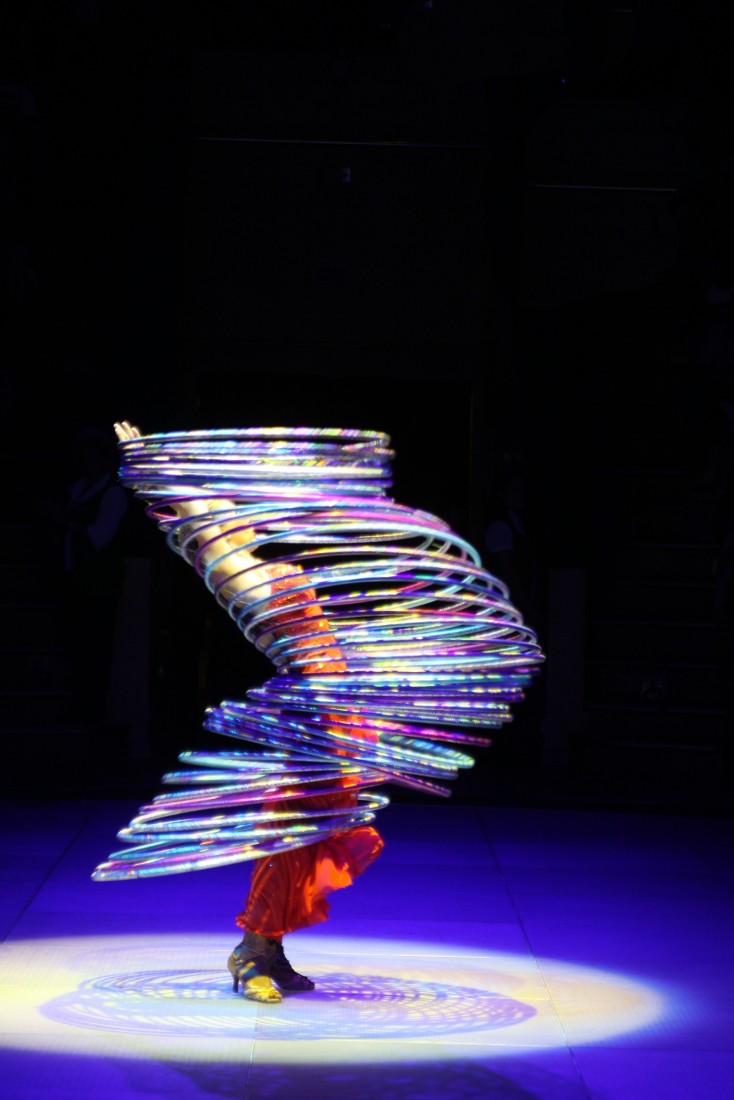 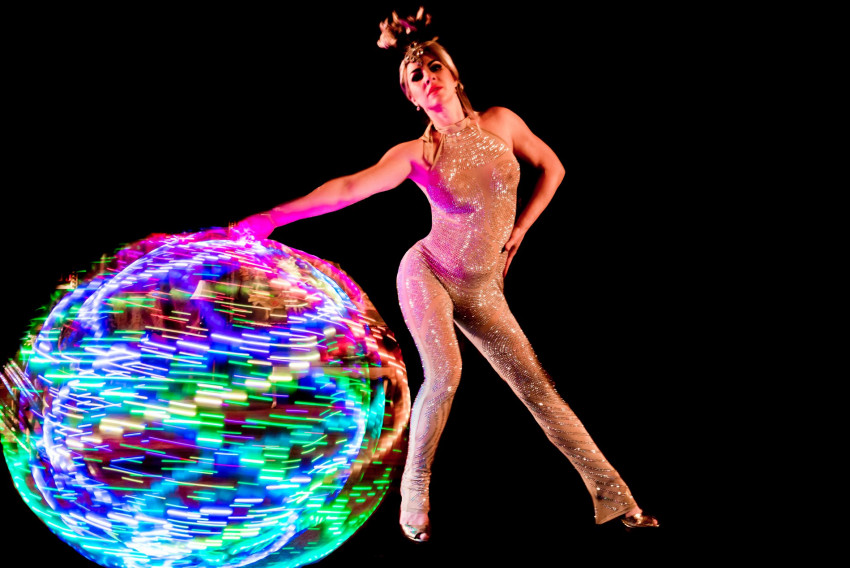 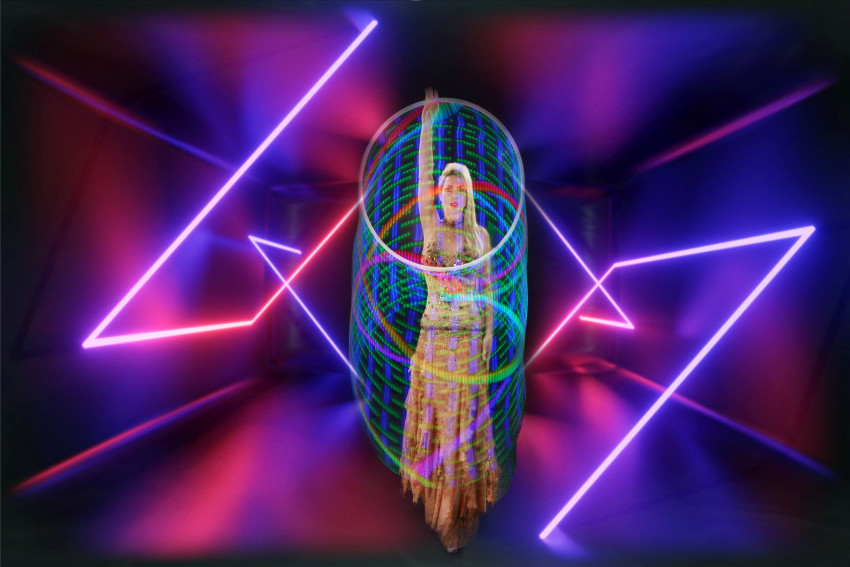 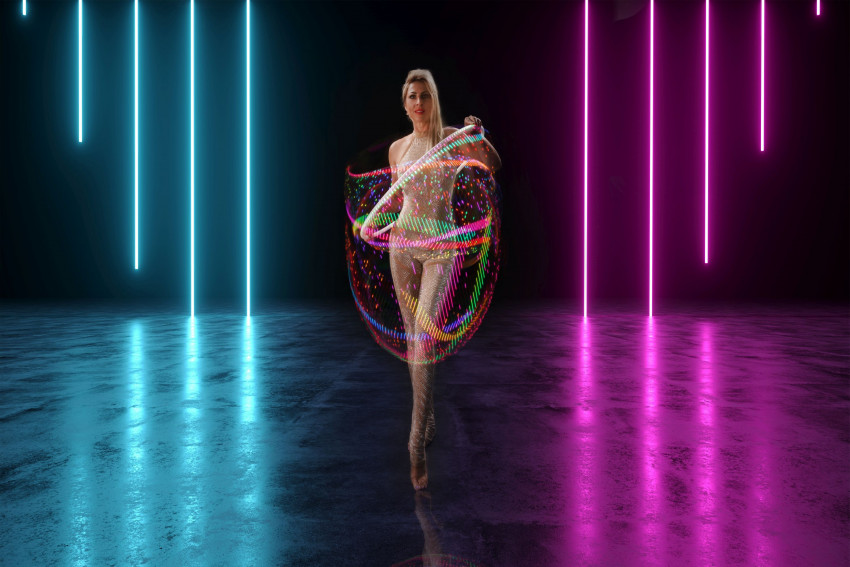 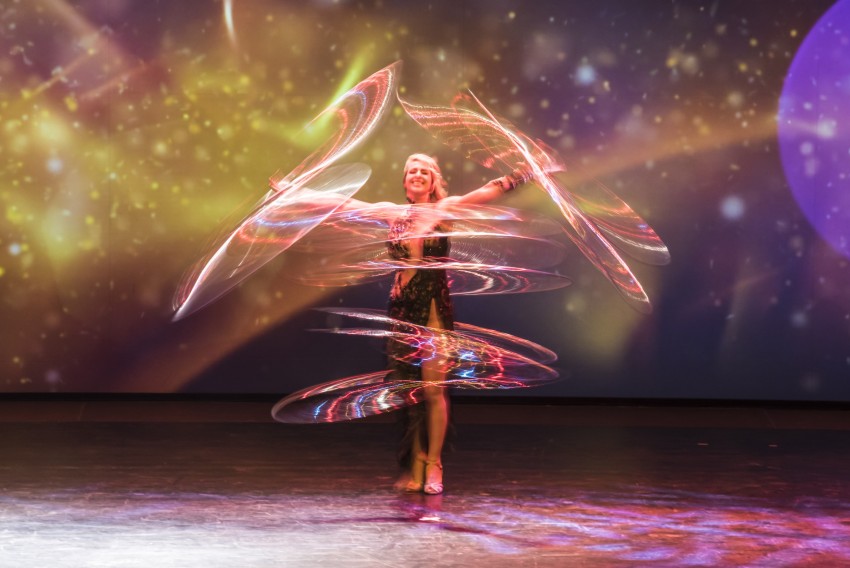 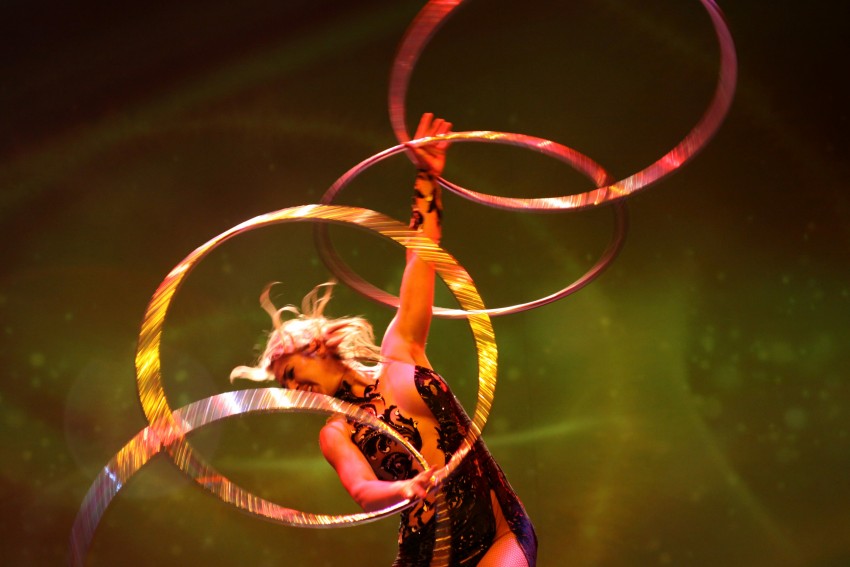 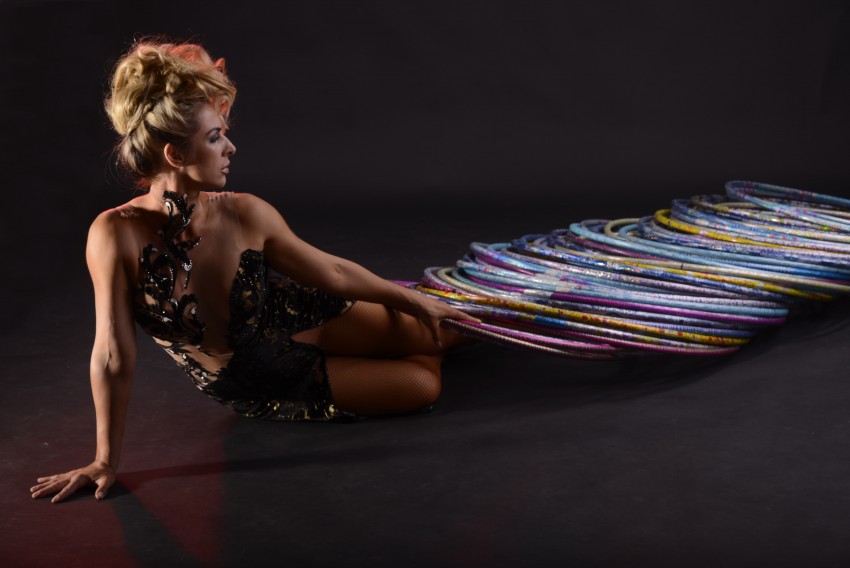 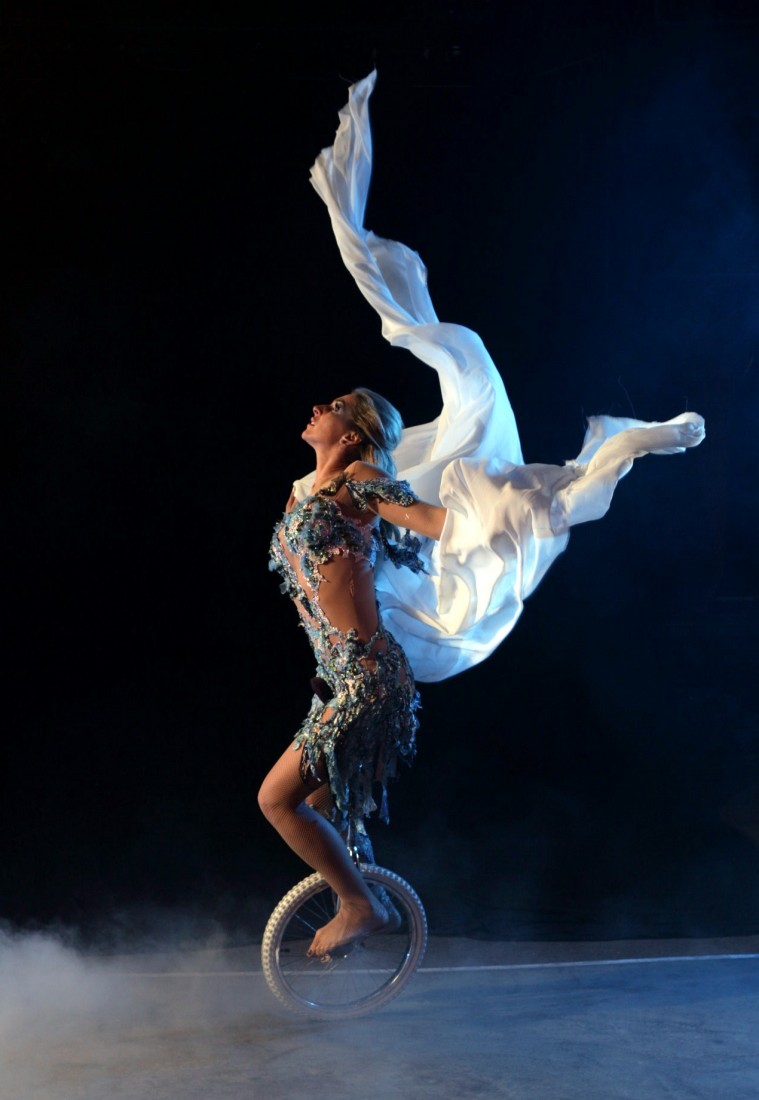 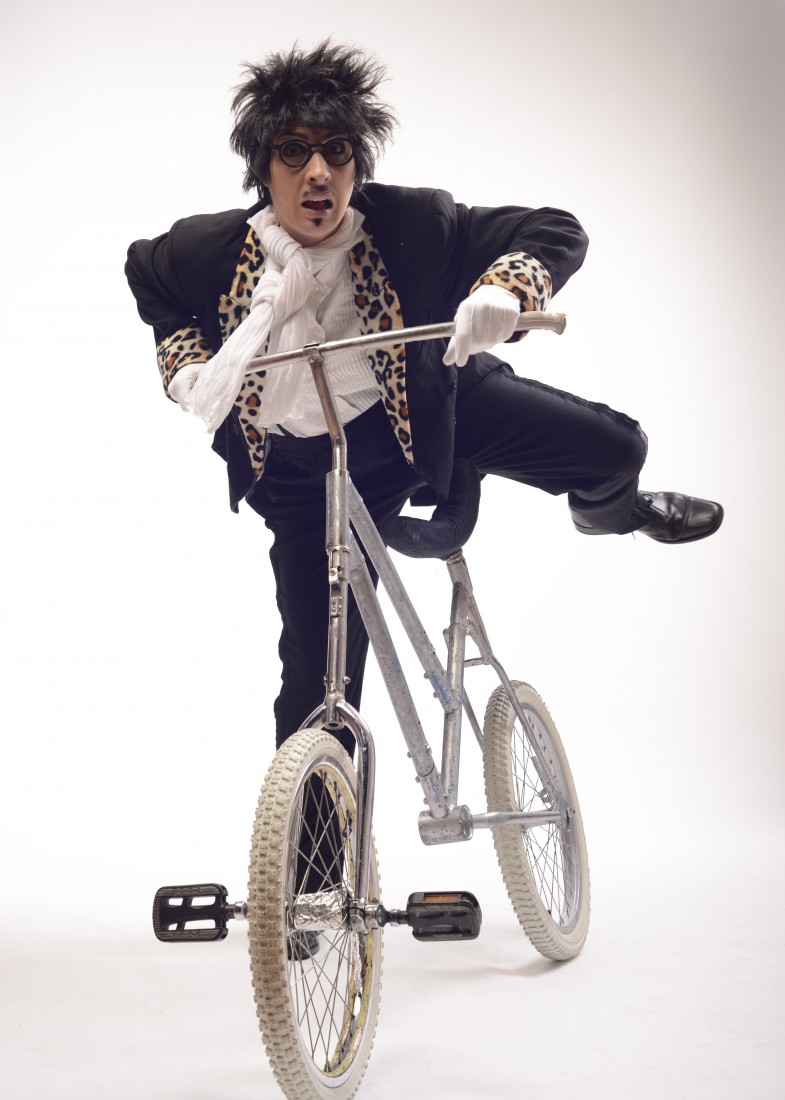 Sharp and bold, daring and sexy. Alesya Gulevich is a three times Guinness World Record holder for the most hula hoops. You can book her world famous Hula Hoop Act, two versions of her unicycle act (comedy, lyrical) and her brand new LED hula hooping. Or her high quality one woman show "Hoop La La", which combines elements of comedy, theater, dance and circus arts. All performances can also be tailored to any venue and be adapted to fit any location or occasion. Alesya Gulevich has performed in thirteen countries with companies such as the famous Big Apple Circus (USA), Good Morning America, NBA and WNBA, The Ellen Degeneres Show, Royal Caribbean Cruises and many more.

The best at combining the hoop with dance and music.

In her award winning Hula Hoop act Alesya Gulevich combines tricks with multiple rings with high speed, elegance and powerful Latin tango music. Imagine: Sparkling hoops seem to rise from the floor to encircle her as if lifted by unseen hands. This unique flourish is performed with such exquisite control that Alesya appears almost motionless, the hoops seeming to have a life of their own.

It is an amazing demonstration of style, movement and grace, about which the German newspaper "Die Welt" once wrote: "Alesya Gulevich spins first ten and then over 50 hoops in the most amazing patterns and sparkling play of colours around her body. Many poor fitness fanatic can practice as long as they want, but they will never reach something artistic like this."

Though Alesya is specialized in Hula Hoops she has even more to offer. Her repertoire includes a variety of first class acts from a number of different genres (unicycle, comedy) as well as her one woman show "Hoop La La".

Her performances can be - regarding costume, music, duration and space - tailored to any venue including varieté, theatre, circuses, sporting events, concerts, cabaret, cruises, corporate events, television and many others. They can also be adapted to fit any location or occasion. And of course all of them can be booked individually or combined. Her strong work ethic, her creativity and her rich experience make this possible.

In addition to three Guinness World Records, Alesya Gulevich has performed in thirteen countries on four continents with companies such as the famous Big Apple Circus (USA), Tigerpalast Variet Theatre (Germany), Cirque d’Hiver Bouglione (France), NBA and WNBA half time shows and TV shows like Le plus Grand Cabaret du Monde (France) and The Ellen Degeneres TV Show (USA) among many others. She has taken her career to the highest level of show business.

In her world class Hula Hoop Act act she combines tricks with multiple rings with high speed, elegance and powerful latin tango music. Alesya’s incomparable skills along with her beauty, style and grace have elevated her performance of the Hula Hoop above all others and her artistry is sure to captivate any audience, anywhere in the world.

One of her more recent enhancements is the creation of her new, one-woman, multi-variety show. "Hoop La La" is comedy, theatre, dance, and circus art. Alesya remarkably combines sultry dance, exquisite music and unparalleled circus skills in a unique blend that creates a new form of theatrical expression. You are introduced to the amazing character of Obrazzo with his hilarious comedy on a bicycle that magically changes into a unicycle as he bumbles along with equilibristic feats that are sure to make anyone laugh. Obrazzo then does a quick change into a graceful and elegant woman. It's amazing how she glides effortlessly around the stage on her unicycle while working with multiple hula hoops, beautiful flowing silks and a huge cube. Taking you to another part of the world through a tango dance she is able to weave a romantic story using a hula hoop as her dance partner. Finishing the show she further amazes the audience with her world famous hula hoop act.

Both of her performances - the Hula Hoop Act and the solo show - can also be tailored to any venue including variet, theater, circuses, sporting events, concerts, cabaret, cruises, corporate events, television and many others. They can also be adapted to fit any location or occasion. Her strong work ethic and her background in circus, dance, choreography and music make this possible.

Alesya Gulevich’s extraordinary skills as a performer should come as no surprise as Alesya was born into the rich heritage of the Russian circus. Her mother, Nadezda Bilenko, was a noted aerialist and leader of an aerial troupe and her father is the famous, honored clown, Fiodor Gulevich. Alesya not only follows in their footsteps, she has become a world famous performer of her own right using her innovation, skill and originality with her Hula Hoop act. This has also earned her, her own star on the Circus Walk of Fame.

Alesya left her birthplace in Rostov-on-Don, southern Russia, at the age of one month to travel with her family. At five years of age, she was already performing in the act: tumbling, balancing and performing acrobatics. At twelve, Alesya was performing solo in a comedy act created by her father, using bicycles and unicycles. At fourteen she developed her own act using the Hula Hoop, which she performs and continues to perfect and enhance continually and for which Alesya Gulevich is most known.