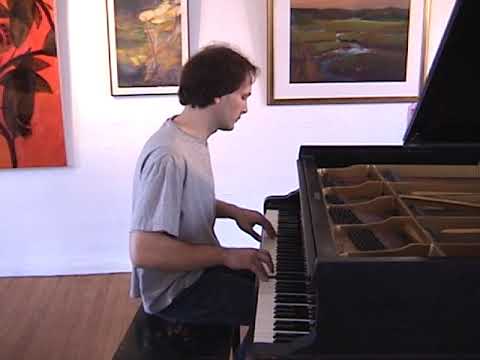 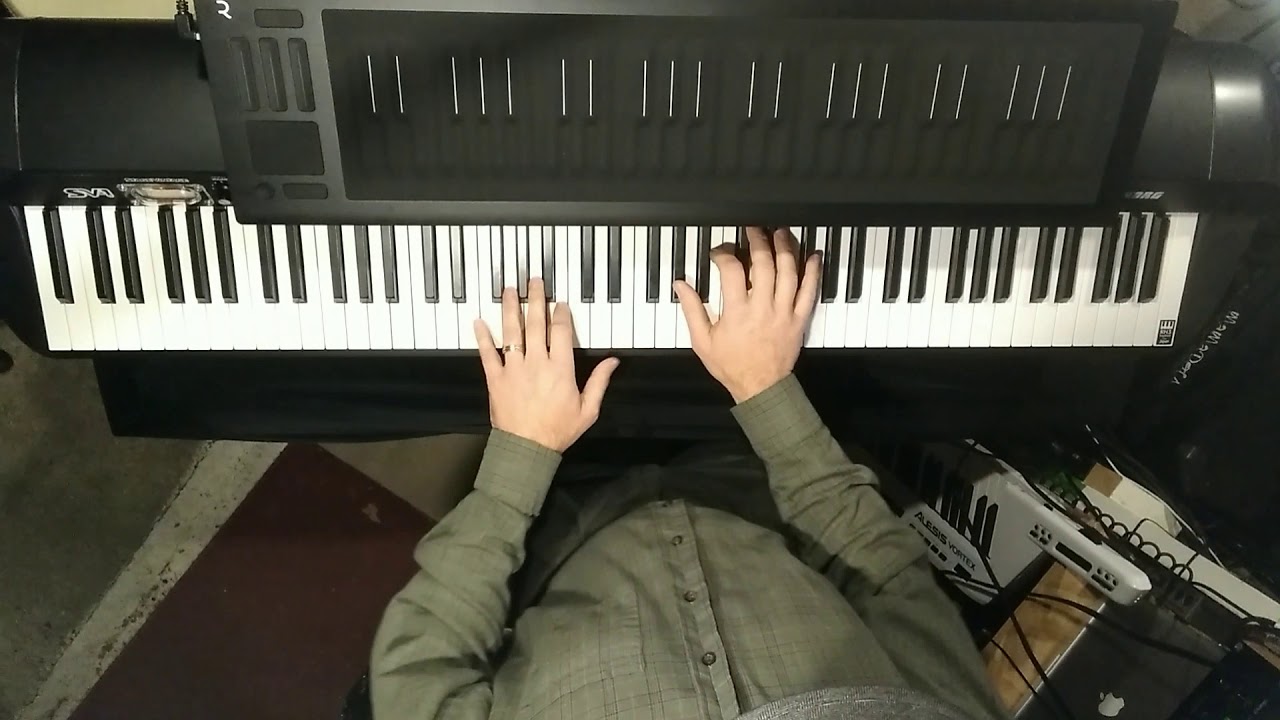 In Your Eyes (Peter Gabriel) 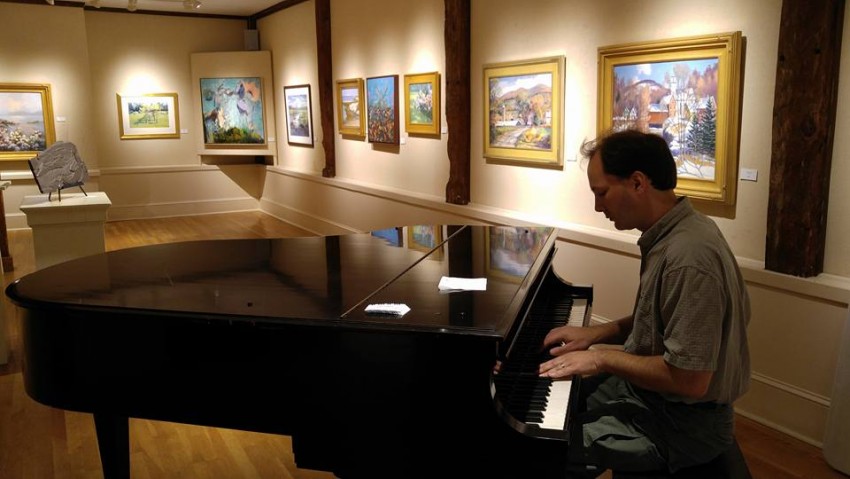 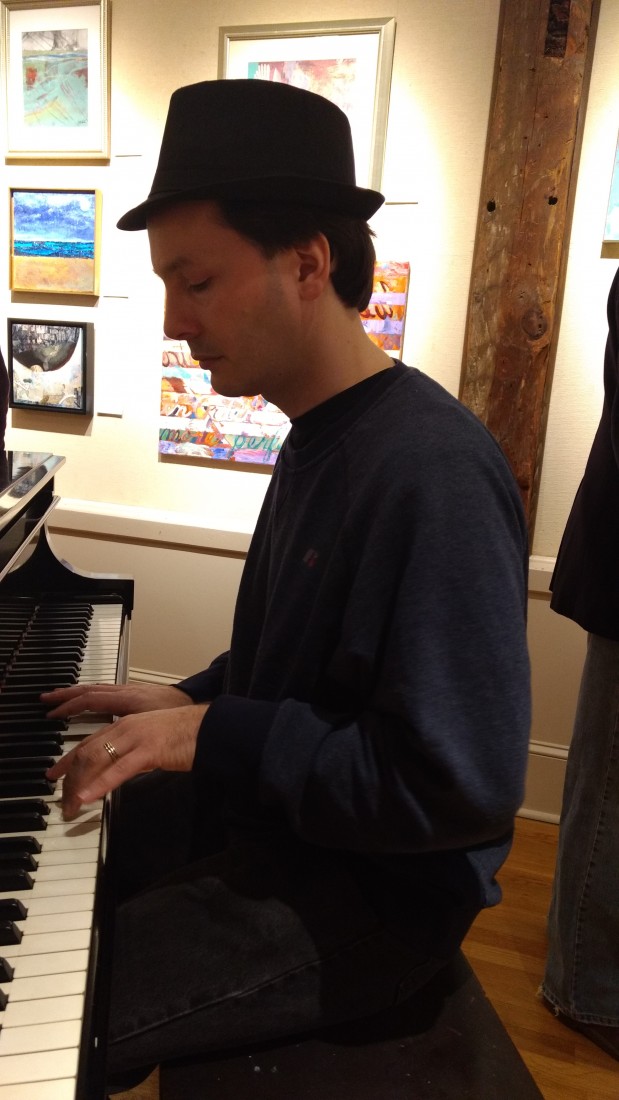 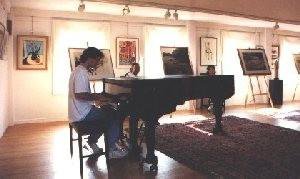 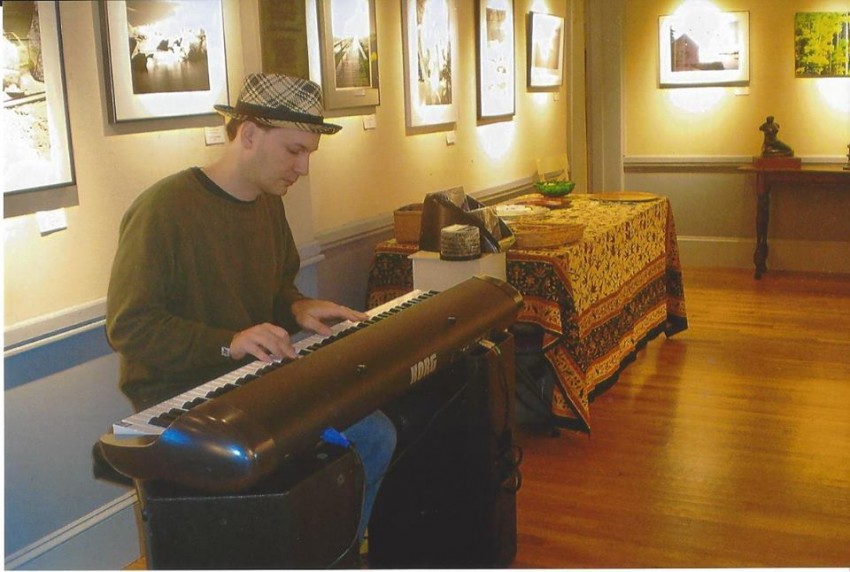 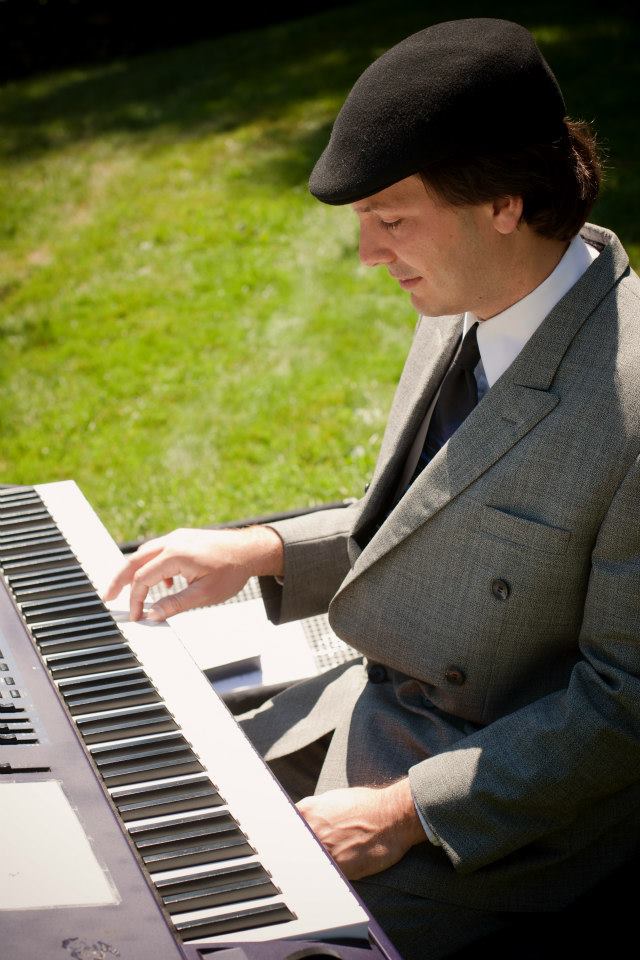 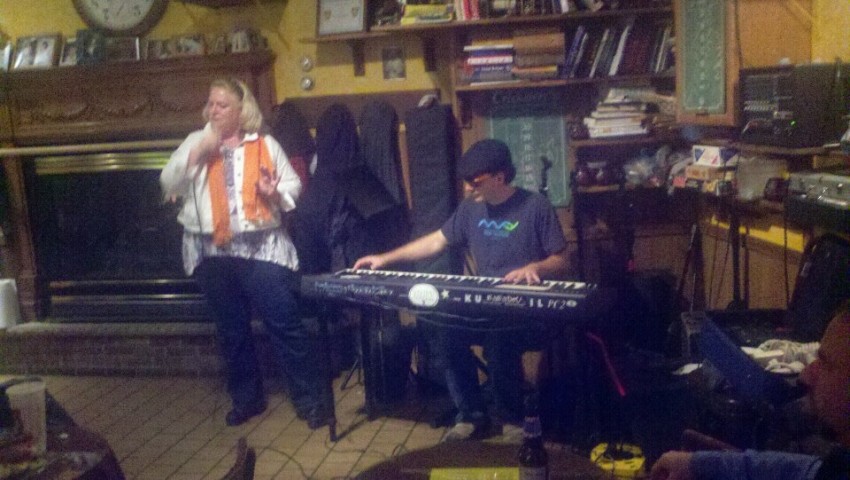 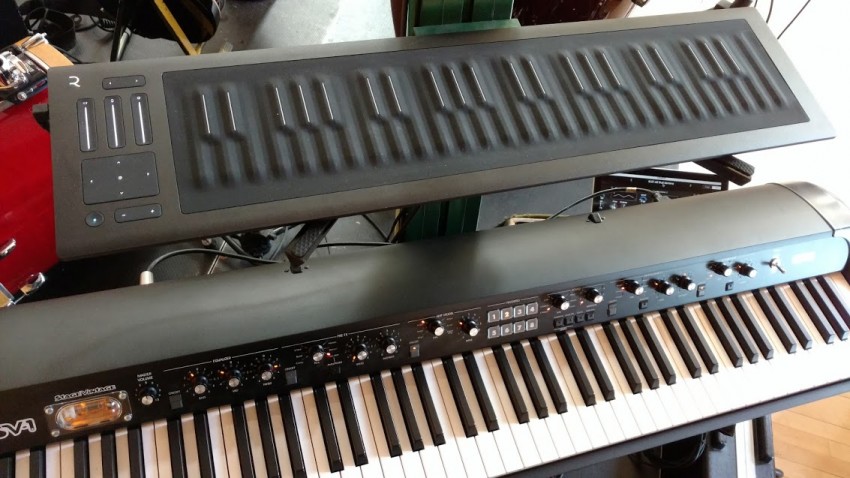 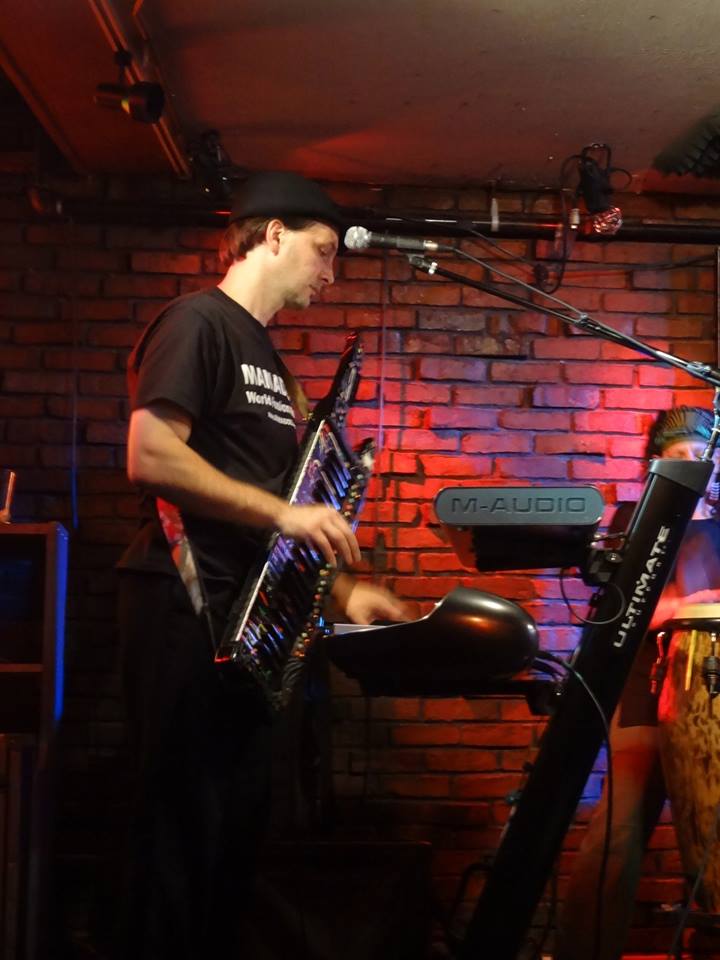 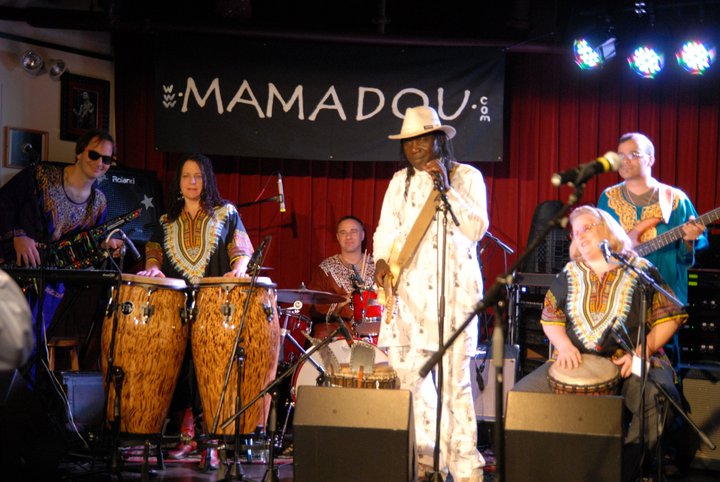 With my favorite ensemble MAMADOU at the Hard Rock Cafe 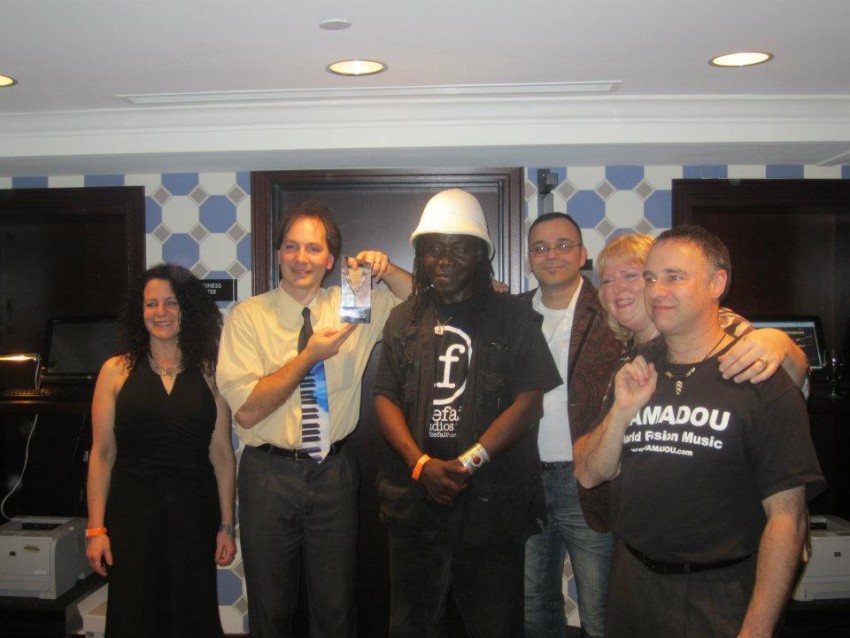 20+ years :: Piano/keyboard music that will enhance your event. Inspired by Vince Guaraldi, George Winston, Keith Jarrett, and many others, my repertoire includes variations on cover songs and originals often improvised and composed on the spot. Let my music set the mood of your event. See how we can work together to meet your needs and goals. I can use a piano or keyboard you supply, or bring my own equipment to make your event shine almost anywhere.

Since 2000, I have been the keyboardist for the Boston Music Award winning West African ensemble MAMADOU.

Adam was great. Would definitely recommend.

Adam was terrific and struck just the right balance ... He’s a must for our next gathering ...

Thank you. It was my pleasure :)

The presentation of my performance varies with the clients' needs. Examples:

If the event is a function in which the piano music is background music, I typically will set up in a location that is mostly off to the side, letting the event be the main focus with the music permeating the room enough to keep the energy of the event from feeling flat while not being too much to talk over.

If I am hired as a main performer on stage, I will interact with the audience as appropriate to the setting.

If the event is interactive, such as a wedding, I will interact with the event coordinator or designees to add music at the right moments to support the event.

My appearance is clean and professional. While I prefer working on an acoustic piano, I can supply an electronic piano and sound system if necessary (electricity must be provided).

My early days as a pianist focused on solo performances and composing. As I entered college, I joined a country and rock band called Anything Goes as the keyboardist and accompanying singer.

After college, I formed a small Euro-folk-rock band with a local Czech artist called Bad Accent. In that band, I was a guitarist and keyboardist, as well as adding some vocals. We focused on writing original music and formed a full band with bass and drums and additional vocalists.

Since July of 2000, I have been working primarily with Senegalese superstar Mamadou Diop and his projects. As keyboardist and vocalist for the band MAMADOU, I have been fortunate to see us be nominated for the Boston Music Award as International Artist of the Year four times, winning the award in 2011. We continue to craft new and interesting music, heavily based on the countless rhythms of West Africa mixed with western and electronic instrumentation. I even learned added some percussion instruments (including various African drums) to my repertoire.

Outside of working with MAMADOU, I am a solo pianist at heart. My preference is an acoustic grand piano (typically the very expensive kind), while I do also work with electronic pianos and keyboards regularly. That is what I am offering my services with here - piano and keyboard.

I am an ear-trained musician. Sheet music is not a part of my world, as it never has been. I was gifted with the ability to comprehend music and sound, and worked on developing that gift as a composer and as a performer. When working with others, I am fluent in music theory as well.

Throughout the years, I have had the good fortune of performing on many stages and in many venues all over with audiences ranging from intimate to many hundreds and more (including performing several times in a parade for over 50,000 appreciative listeners), recorded on tracks for other artists, performed music to which wedding parties have marched, added background music at many an inspiring art show, supported politicians and ribbon cutting ceremonies, and more.

Music makes a difference. It makes normal events memorable. It makes memorable events enjoyable. It is what I would like to bring to you.

Ideally, an acoustic grand piano (fully functioning and in tune) is provided. The quality of the performance is at a maximum under those conditions. Other types of acoustic pianos are also acceptable. The location and footprint of the performance area is subject to the location of that piano and the venue in which the event is held.

As an alternative, I can bring my own Korg SV-1 electronic piano and QSC KW-122 powered speakers to locations that a piano is not available; or I can bring other keyboard instruments if acoustic piano is not the preferred sound. Electricity would need to be provided by the venue. I would need a flat level dry area of approximately 6 feet by 3 feet (2 meters by 1 meter) to be set up in. 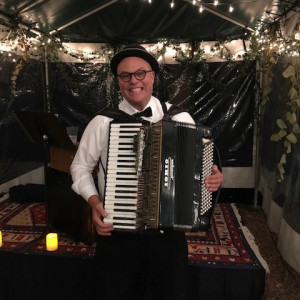 Andrew H. said “Hosted Tom for an Oktoberfest, and he was excellent!” 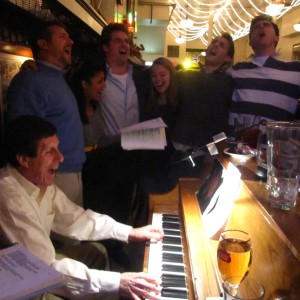 Patrice A. said “Mel was fantastic! He played for our son's welcome wedding reception! He was professional, on time and a very talented pianist. Mel took our requests…” 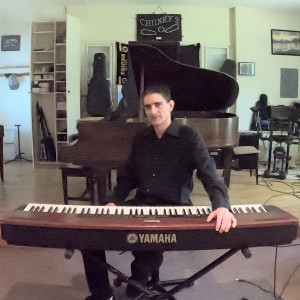 Daniel S. said “The Piano Gentleman played a Friday night dinner service at the country club i work at. He added a great vibe for the crowd and made some fans throughout…” 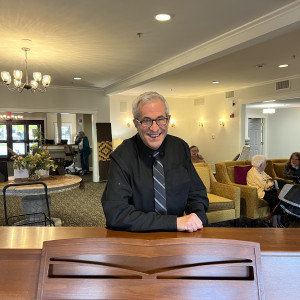 Stephen B. said “Dan was extremely professional. He played every request we could throw his way. His communication leading up to the party was A+. Our whole family would…”