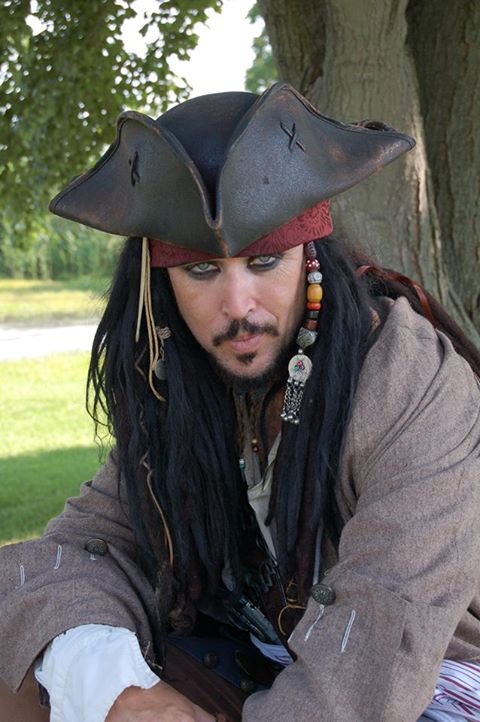 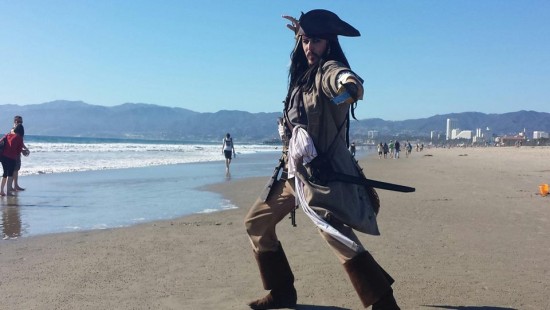 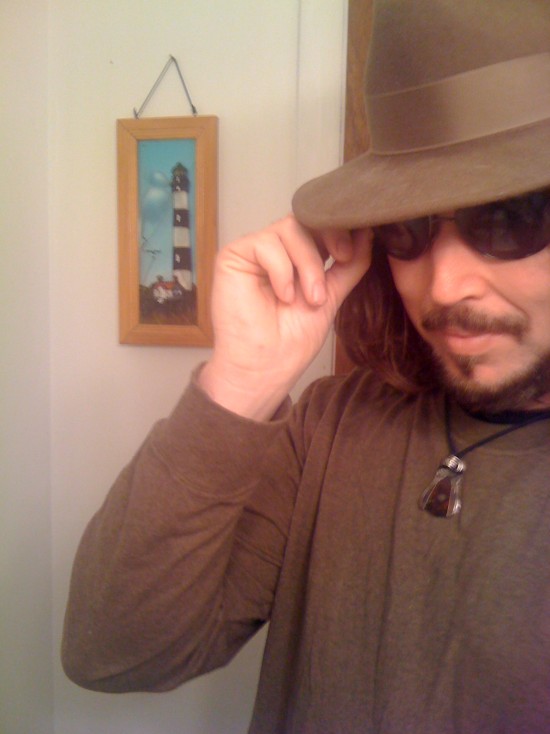 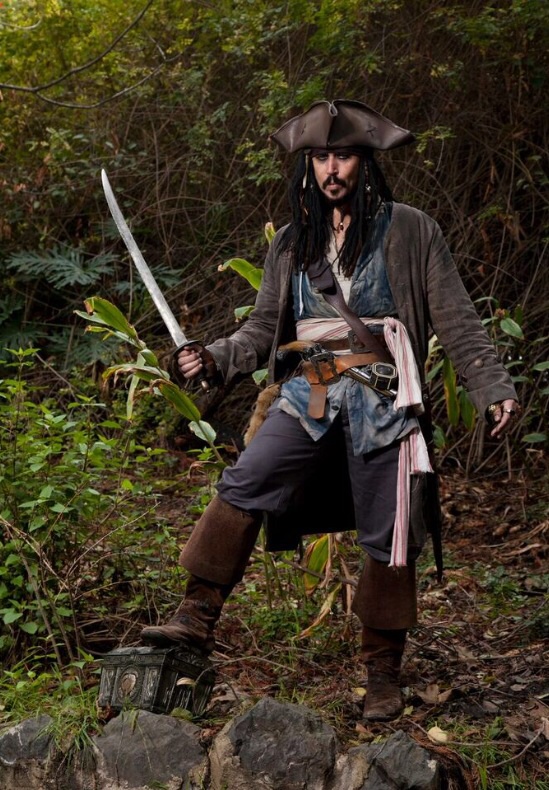 We Provide a Captain Jack or Johnny Depp impersonator for your parties and events. Our Captain Jack has the look, sound, and swagger of what you see in the media. Our Johnny Depp has been mistaken for the real Johnny over and over again at Disney theme parks and in the general public. Take a look at the photos and see for yourself! We have worked for very large companies such as McDonald's. Our company also provides Bands: Acoustic, single person, or group musicians as well. So for the Absolute in Entertainment contact us at Absolute Entertainment.

His beard was awesome and he was a nice touch for the party!

Everyone was super impressed and we couldn’t of found a better Jack Sparrow. Thank you!

Thank you so very much.
I appreciate it.
It was a lot of fun.
Your son was awesome as well as the rest of your family & friends.

It was absolutely fantastic

It was a great time I really enjoyed meeting your son.
Great guy.
The whole family was really fun to be with.
Thank you for bringing me in to entertain you all.

Jack Sparrow was just perfect! The accent, the costume... The kids loved him, he tought them how to fight with swords and had a treasure hunt. At the same time he was very funny, adults loved his dark humor and jokes. I would highly recommend him.

Hey a Thank You Idurre.
I really appreciate that.
It was a lot of fun being at your place I had a lot of fun with the kids as well as the adults.
Awesome time.
It flew by so quick.
Indeed a pleasure meeting you and everyone.
Have a great Holiday season.

Aww thank you so much Esmarelda I'm glad they all had fun.
You have an awesome family and friends it was indeed a pleasure to perform for you.
Thank you again for everything.

Not only was he incredible but he was so genuine, kind and amazing with the kids!! Went out of his way in everything!! Would highly recommend and will for sure use again!

Thank you So much Dana.
It was indeed a pleasure to be able to give your daughter a great birthday.
Would definitely come back to perform again.

Absolute Entertainment was professional from the fast response to my inquiry to the excellent show he put on for the party kids. I highly recommend him! His show kept the kids entertained and he had them convinced that a pirate had them swashbuckled!!!

Captain Jack Sparrow of the year!

To anyone looking for a pirate for any type of function we definitely recommend Captain Jack Sparrow. Great with kids and adult. You will not regret it and will definitely be the talk of the town.

Thank you so very much.
It was a lot of fun meeting the birthday boys and all of your familey.
I'm glad they all had a great time.

Joe was absolutely amazing! Not only was he great with the kids, but he also connected with the parents. We were definitely satisfied and impressed with him. He did a treasure hunt as well as sword fighting with the children. He never broke character throughout the entire party. We would definitely recommend him to anyone looking for a Jack Sparrow/ pirate. Happy to have had him at our Pirates party. Our daughter always talks about how Captain Jack Sparrow was at her birthday party.

Thank you so much.
It was a very fun day.
Everyone was great your daughter is an awesome little girl.
Glad everyone enjoyed my time there.
Lovely family and friends you have.
Sincerely
Joe

The best head to toe outfit/costume i have ever seen of jack sparrow. All the kids and adults were absolutely entertained.the kids loved him. Joe imitated and copied the behavior and actions of the real jack sparrow. Dont look any further book him now. I highly recommend

Thank you so much Miguel it was really a fun time performing for everyone. The kids where great.
Thank you for choosing us to be part of your child's special day.

I can only say good things about Joe. He showed on time and impressed everyone with his performance. The kids learned how to fight like a real pirate, walked the plank, and enjoyed hunting treasures with Jack Sparrow!

Thank you Joe for coming and make this birthday so special.

Thank you so much Adriana.
It was fun for me to.
I'm glad he had a ball with it.
All of the kids where great.
Very fine pirate crew indeed.
It was my pleasure.

He is Captain Jack Sparrow!!

I was a little apprehensive booking a captain Jack for my THREE year olds birthday party however from our first communication to our last He was 100% AWESOME.
He showed up on time completely in character dressed and looked a spitting image to Capt Jack!
Then he began to engage the kids.....holy moly was my son excited and blown away! He gave my son such a special gift by being there , he helped me with our treasure hunt, he helped my son walk the plank he taught him how to work a sword like a REAL Pirate! My Three year old and his friends were enamored by him completely! By the time he was leaving even the one year old's were high fiving him and giving him hugs!

Now as for the rest of the guests over two feet tall.. All I heard all day was "Where did you find this guy... He is Amazing!!" I said on the Black Pearl of coarse!

I have so many amazing pictures to make the coolest pirate book for my son! He posed for everyone and with anyone who wanted all day! It was such a blast! Always in character, and just a really cool energy from him from start to finish.

He is a true treasure! Hands down the ABSOLUTE BEST ENTERTAINMENT EVER!!

I kept lots of his cards and have already handed them out to several other families! I have no doubt my son will remember this day for all his years As the day He MET Captain Jack Sparrow.

We were sooo lucky to find him and we thank him immensely!

Thank you so much it was indeed a pleasure to meet your son and help with everything that day. It was a great birthday party with a great family.
Awesome is the one word I could use for the day.
I'm every happy he liked my gift and will always remember the day Captain Jack Sparrow came to his party.
May he always be happy!

From the moment he got to the party, he never broke character. We booked him for my 5 year old daughter's birthday and he couldn't have done a better job. All the kids and the parents were blown away by him. He couldn't have been a bigger help to me and especially my wife by rallying the kids to play all the different games and do the cake, etc. There were a couple of points during the day that he had every kid chasing him with toy swords and taking a beating in the process while somehow keeping his good humor and wit. We highly recommend Joe for your next pirate party.

this guy is sooooo much fun to study from a distance while he interacts with the crowds & how he strolls along like Johnnny! It actually was quite exciting when standing in his personal space as also got the vibe that I pick up when watching Depp in any of his Pirate films. Hot, hot, hot & makes ya want to hang out with him......especially being a fan of Depp and his drunken/effeminate version of a pirate! Was one of the vendors from DNS/DEEC and such a wonderful time studying his behavior in between enteraining children & their families about nature! Thanks for the total enjoyment, Laurie

I hired the Jack Sparrow impersonator for my son's 4th birthday party. He played the part perfectly. All of the kids had fun and my son is still talking about when Jack Sparrow came to his party.

Johnny Depp at a Baby Shower?

Wanting something different for a baby shower, I hired Johnny Depp to come and beg the mother-to-be not to take his baby away. Johnny played the role of deserted lover beautifully-pleading for his baby. It was hysterical-He was just excellent-so convincing-looks just like him!

Both my sister and I have booked Jack Sparrow for events and we have had a blast! Superb look-alike and we thoroughly enjoyed his live impersonations!
A must have for any parties, or especially Halloween events.
We are looking forward to the next time we book Capt'n Jack, Arrrh!

we hired this company for my daughter birthday party... it was jack sparrow look alike and let me just say it was great he looked,acted and walked,talked,just like the really deal..... kids loved it and the parents were into it also getting pictures and he was very professional about the whole thing..... im so glad i found this company it was the best birthday bash every.... i highly recommend him.....i wish i could post pictures for everyone to see...

When first seeng him wear his costume during halloween 3 years ago,I was amazed how conviencing he looked.

Attended a party that used this company.. and WOW! looks AMAZINGLY like the real deal!!!!!!!