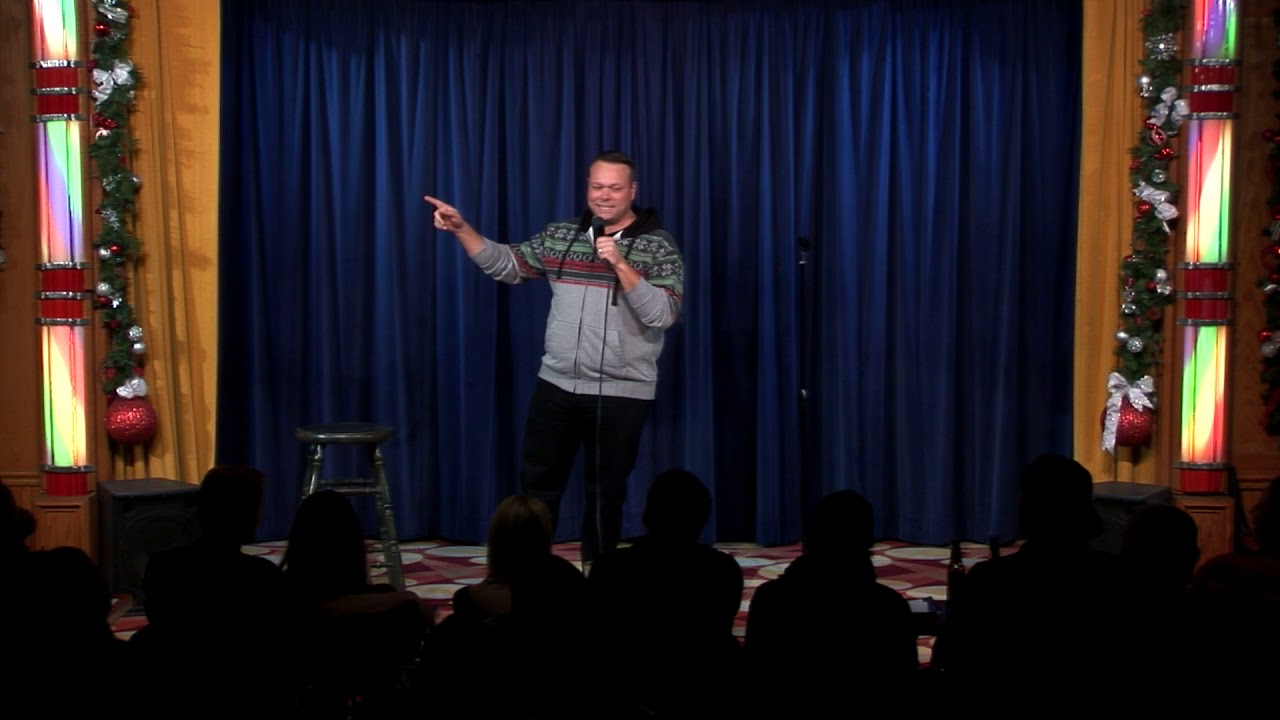 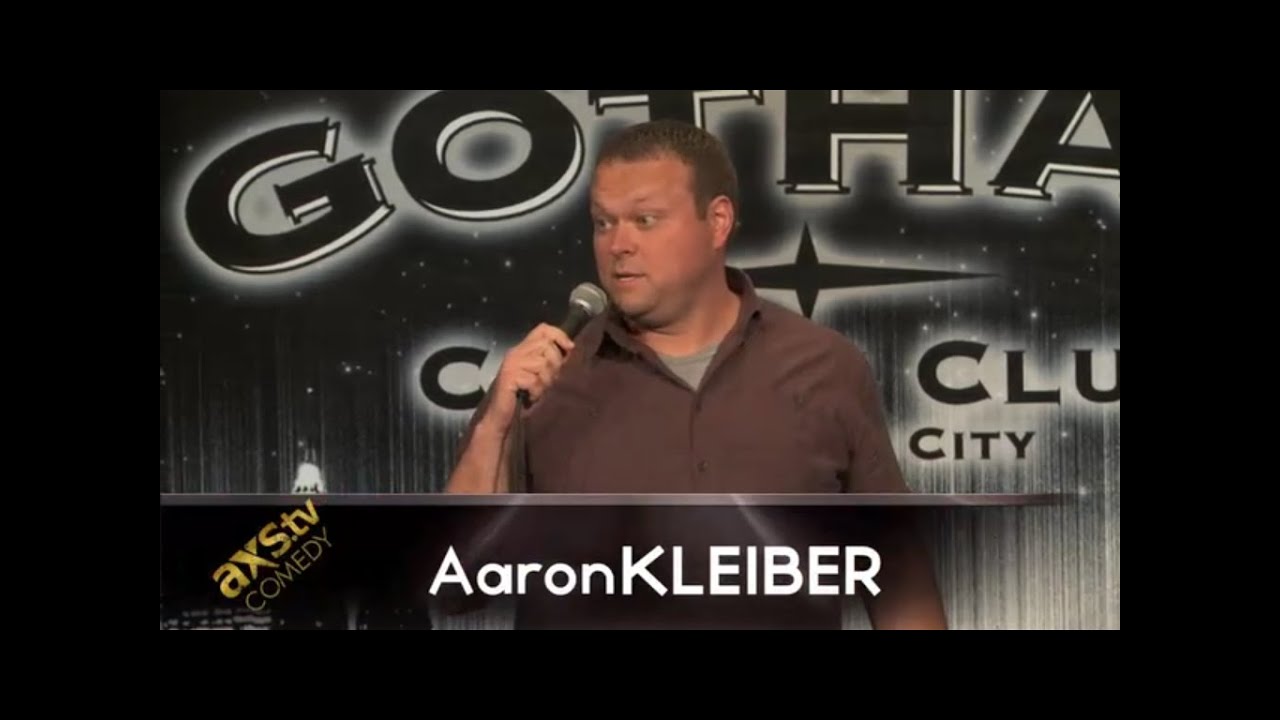 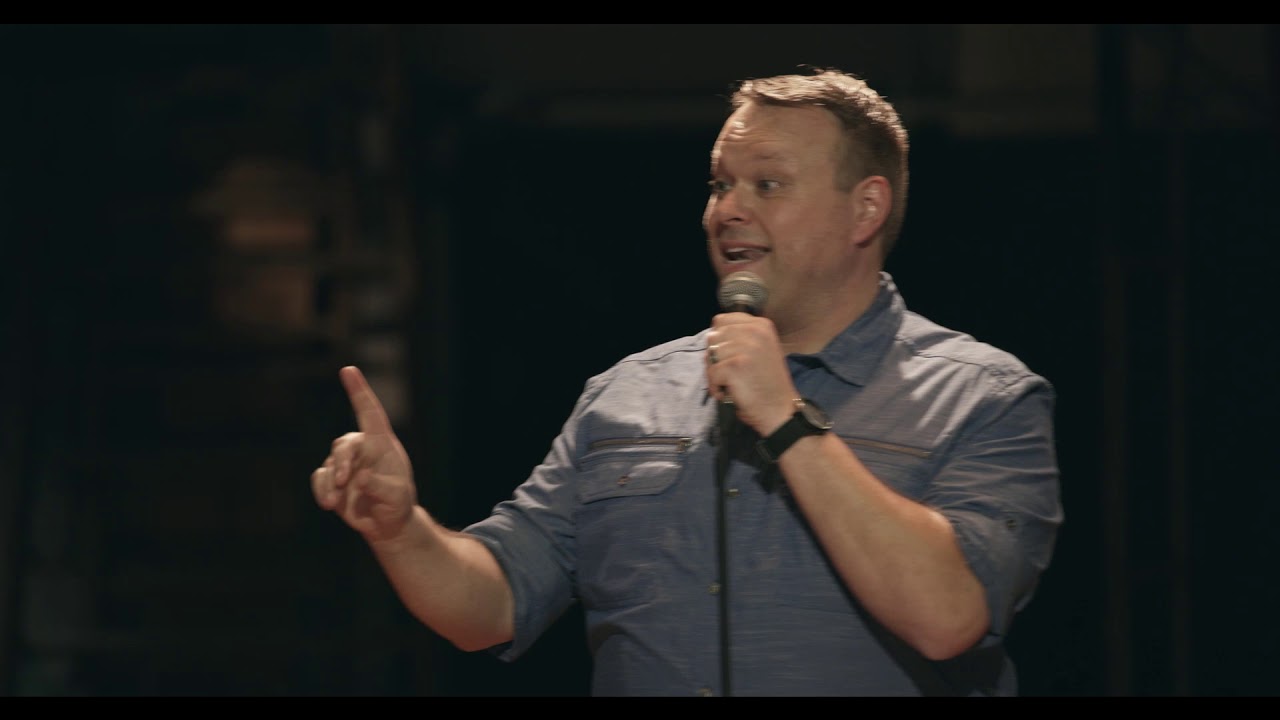 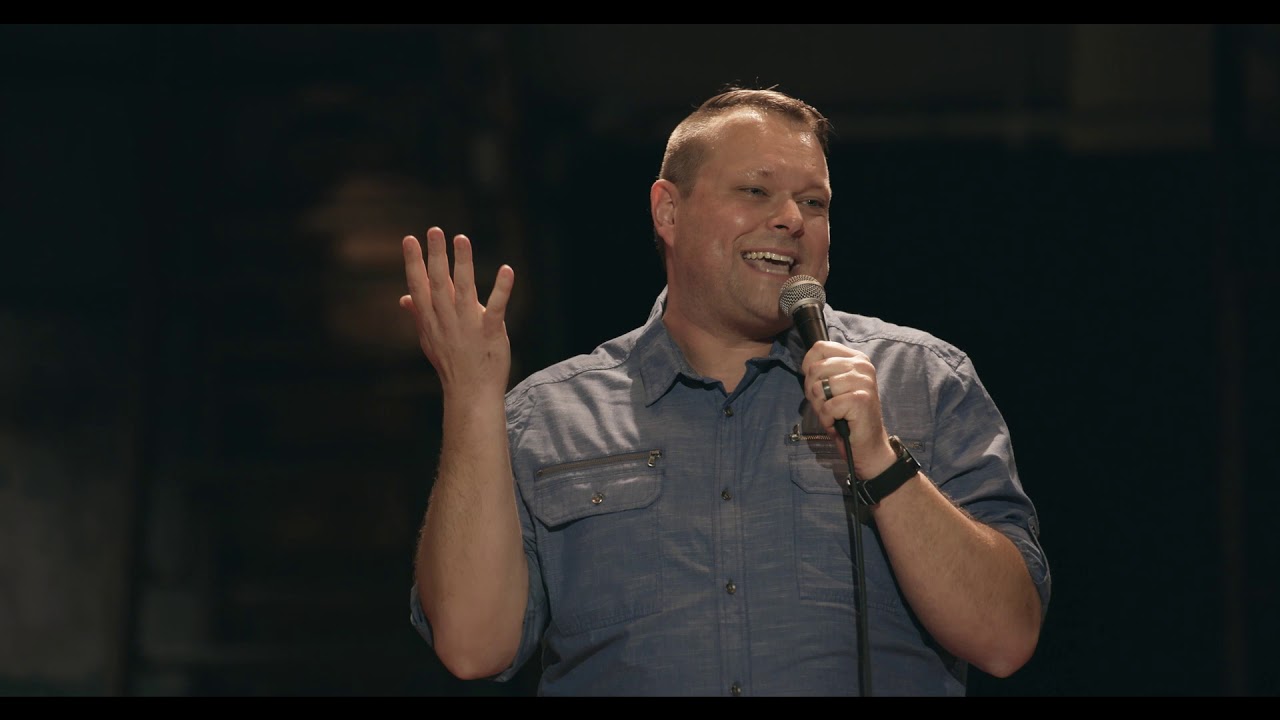 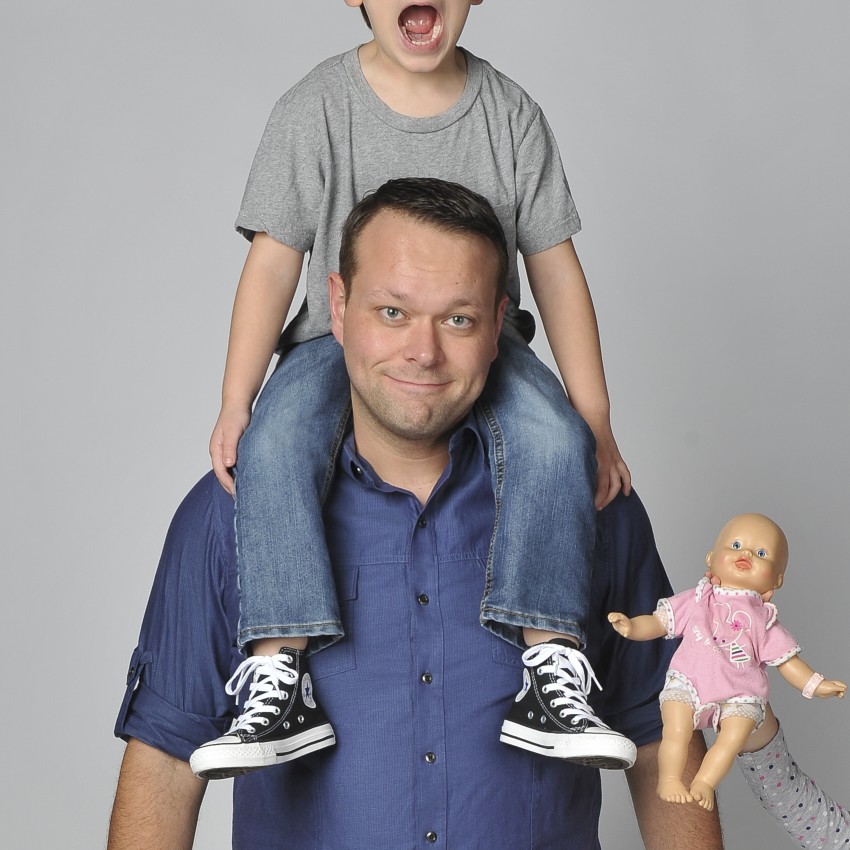 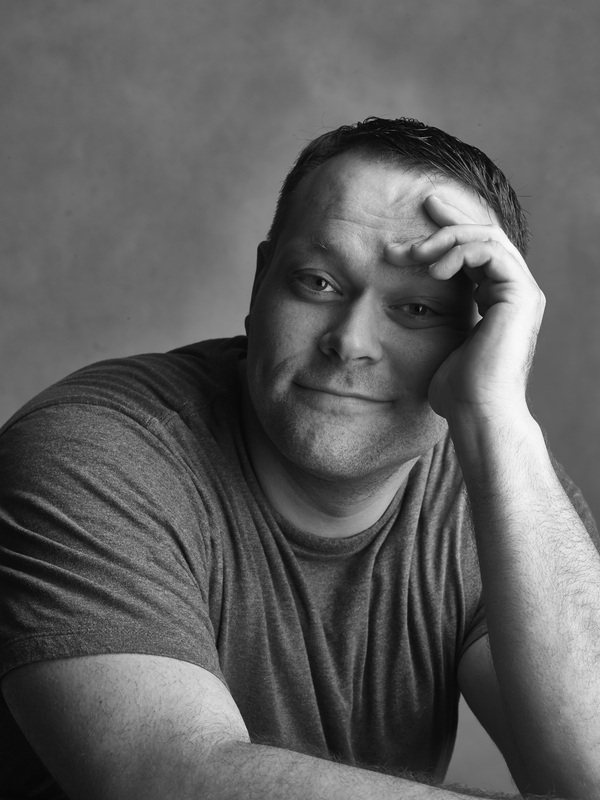 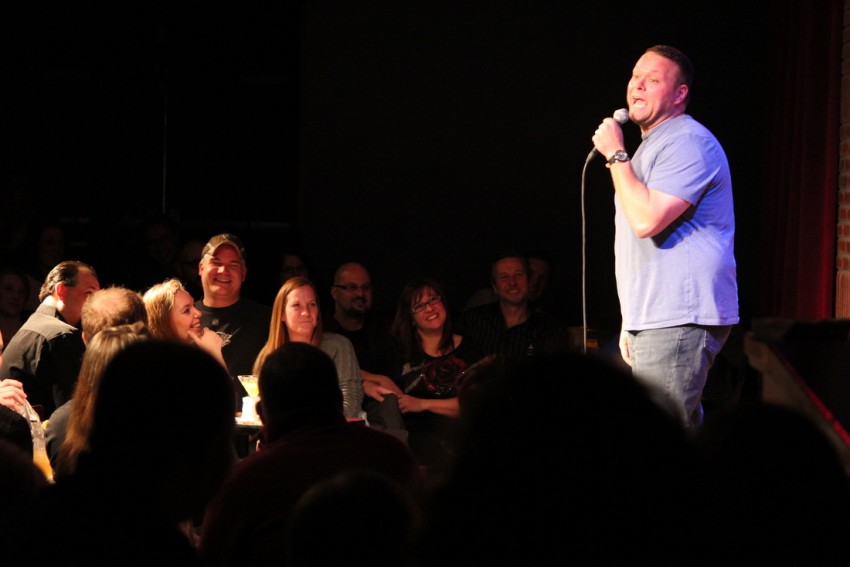 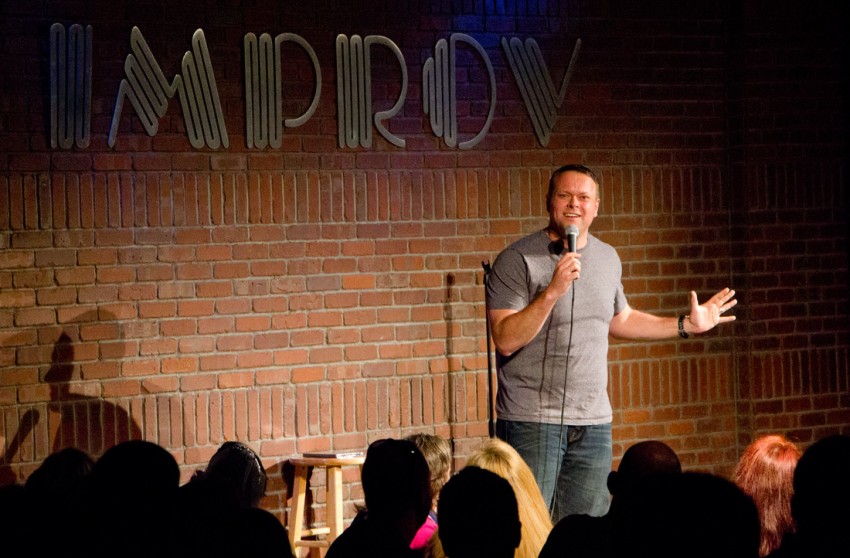 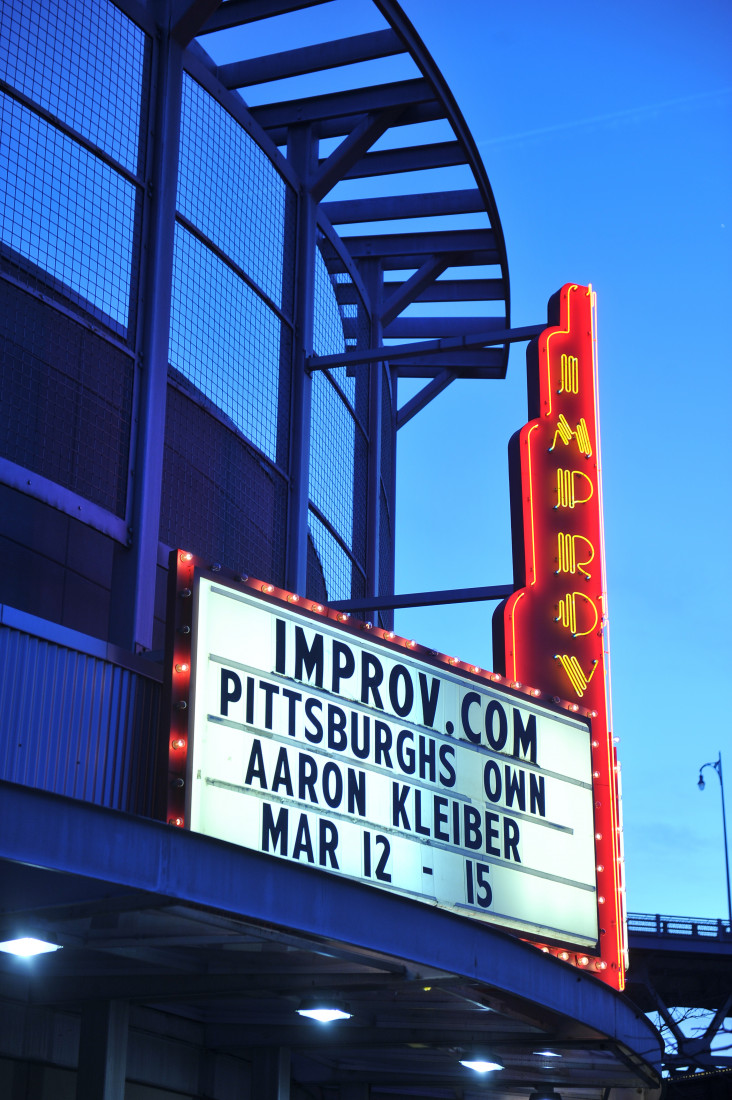 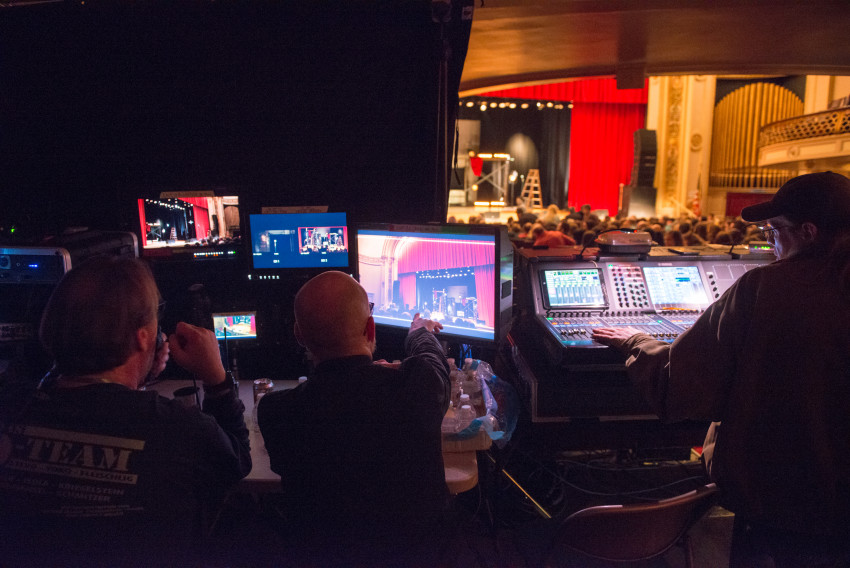 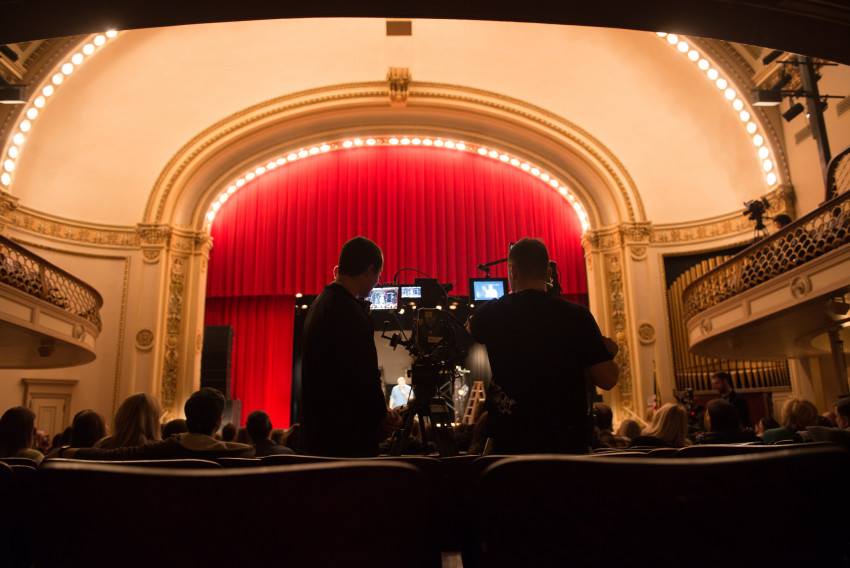 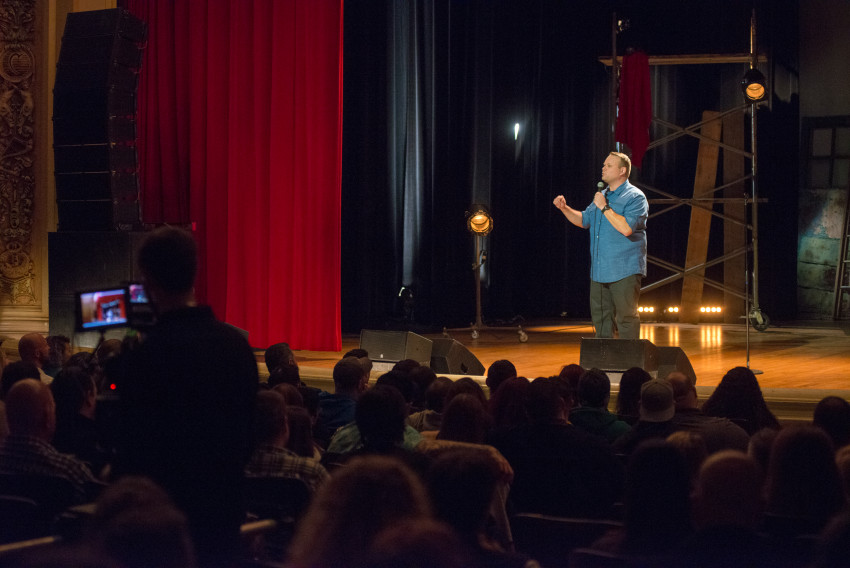 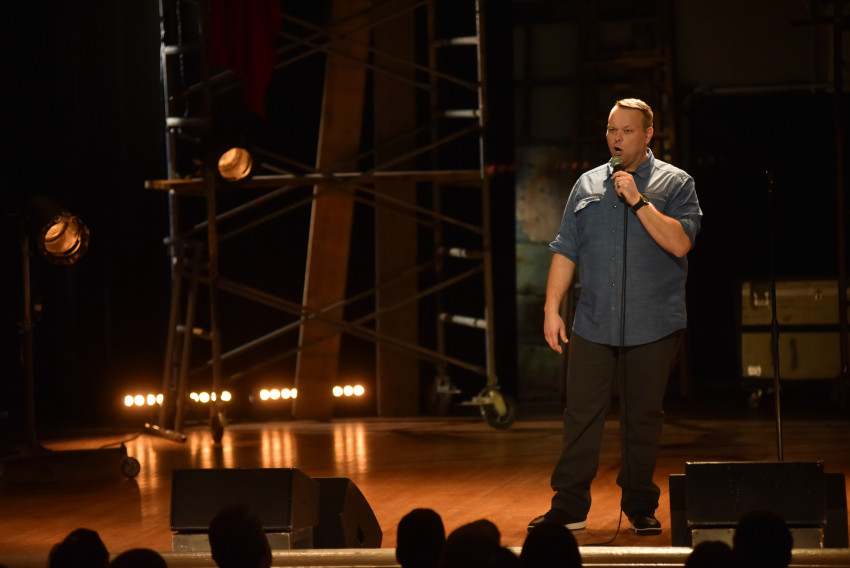 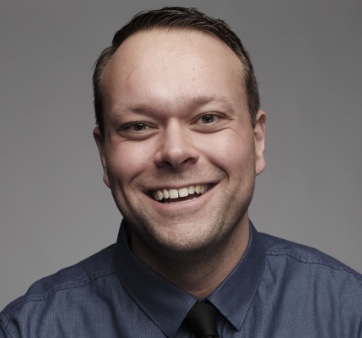 Went to see Aaron in Uniontown tonight. He was beyond hilarious.. Would definitely go see him again.

Aaron Kleiber - Get Him While You Can

I brought Aaron in for Nemacolin Woodland's Resort's Funnier Business Comedy Series as our closing act for the season. Aaron is absolutely, positively one of the funniest individuals I've ever had the pleasure of listening to. The crowd was thoroughly entertained from what I was able to witness through my own tears of laughter. The entire process from booking to performance was a pleasure and at all times he was gracious and humble. I would and will definitely work with him again in the future.

Thanks so much Julie! Nemacolin was so good to us! Can't wait to go back!

I had booked Aaron and not only did he perform he helped me by putting together an entire line-up of hysterical comedians! He was very professional and our show was a huge success! People were trying to book seats for my next show as they left. The audience loved him and I kept a close eye on the people to see if they were enjoying themselves, they were. Several were laughing so hard they were crying. The show was very affordable to us and our establishment make a nice profit! I recommend Aaron to anyone looking to book an amazing show!!

Thanks so much Heather! I couldnt have been happier with everything you did to put together and amazing event. I can't wait to come back!

The Eagles FOE 2275 of Loudonville, Ohio hired Aaron and his two colleagues for a performance 1-29-12. Not only did they arrive precisely on time, the show began on time! The three comedians were funny and played perfectly to the audience. After the show, the guys stayed and mingled with the audience. I highly recommend Aaron.

Excellent performer, professional and great to work with!

Aaron was a blessing to work with. His show was top notch from start to finish, and the hiring and booking process was so smooth from start to finish. Aaron communicated great with me from the frist contact to the day of the show. He was the best I have ever worked with! Aaron will be a regular client through JL Event Planning and Consulting.

I am so glad that I posted a request on this site and that Aaron responded. I wanted to have a comedy night once every couple of months at the bar I work at and had no clue where to start. Aaron was able to walk me through everything, set it up with me, and delivered an outstanding show that my customers are still raving about and have demanded that he returns (done, 4-23-11.) I am very much looking forward to having many more comedy nights hosted by Mr. Kleiber and highly recommend that you bring him on as an entertainer for your event.

Thanks so much Pam! I can't wait to come back!

aaron kleiber and the 2 men he brought with him were very good and will have them back. this was my first comedy night i got feed back from people who came to my event said they would be back for the next one thank you aaron your the best.looking forword to getting u back to orangeville,ohio

What a fun place - Fisherman's Cove was very professional, had a great room for a show & fed us an AWESOME meal. Can't wait to go back!

Aaron Kleiber has been entertaining his entire life — from climbing atop his grandmother’s coffee table as a child, being voted class clown in high school, to taking the stage at comedy clubs across North America today.
On the strength of his energizing, crowd-pleasing live performances, Aaron Kleiber emerged as one of the most in-demand feature acts in stand-up - touring alongside Bob Saget, Jim Breuer, Bert Kreischer, John Witherspoon, Josh Blue and Harland Williams. Has made multiple (winning) appearances on the top-rated podcast "Doug Loves Movies" with Doug Benson - along with the nationally syndicated, Bob & Tom Show. He’s also had the privilege to open for comedy greats like Billy Gardell, Emo Phillips, Bobcat Goldthwait - and one of his comedy idols, Sinbad. Now, Aaron Kleiber, a bonafide headliner himself, playing clubs across the United States and Canada. When in Los Angeles, a regular performer at the Laugh Factory Hollywood and the Hollywood Improv.
Premiered his comedy special 'Grown @%$ Dad' on AMAZON PRIME in 2020. Kleiber made his nationally-televised stand-up debut on AXS Tv's 'Gotham Comedy Live' (in which his set was used as part of it's 'Best of Season 2' episode) - shortly thereafter made his second on 'Standup and Deliver' on NUVO Tv, filmed live during the Cabo Comedy Festival in 2013. Named a top 5 finalist at the Big Sky Comedy Festival, judged by the biggest names in the comedy industry (Just for Laughs, CBS, SXSW, Comedy Central). Aaron was also was named, “Best Comedian” by Pittsburgh media 4 times.

As an accomplished comedic actor, Aaron can be seen in a guest-starring role for the Nickelodeon series 'Supah Ninjas.' He co-starred in the film 'Help Me, Help You' opposite Sabrina Bryan (The Cheetah Girls, Dancing with the Stars), the CBS drama 'One Dollar,' appeared in the acclaimed drama, 'Warrior,' starring Tom Hardy and Nick Nolte, for Lionsgate, featured in the original SYFY series, 'The Mercury Men,' - along with appearing in dozens of national/regional commercials. Seen as the face of the Pennsylvania Lottery as President Grover Cleveland, adding to the multile characters he's played for the PA Lottery. Aaron was known early in his career for producing, writing and acting in both, the groundbreaking independent film (and subsequent Web series) Captain Blasto as well as the beloved Star Wars mockumentary, 'A Great Disturbance,' both of which claimed multiple awards and fans at film festivals and fan fests nationwide. Aaron studied improv comedy and writing at the legendary Second City in Chicago for a short time before having his first child of three.

A native of historical steel-town, now a vibrant arts and tech city, Pittsburgh, Pennsylvania, Aaron has been a fixture in the city's booming comedy scene for over a decade.

Purchaser must provide approved stage, sound system with microphone and stage lighting.
Artist can provide sound/lights at an additional cost.