Aaron Banks, Here to Empower You 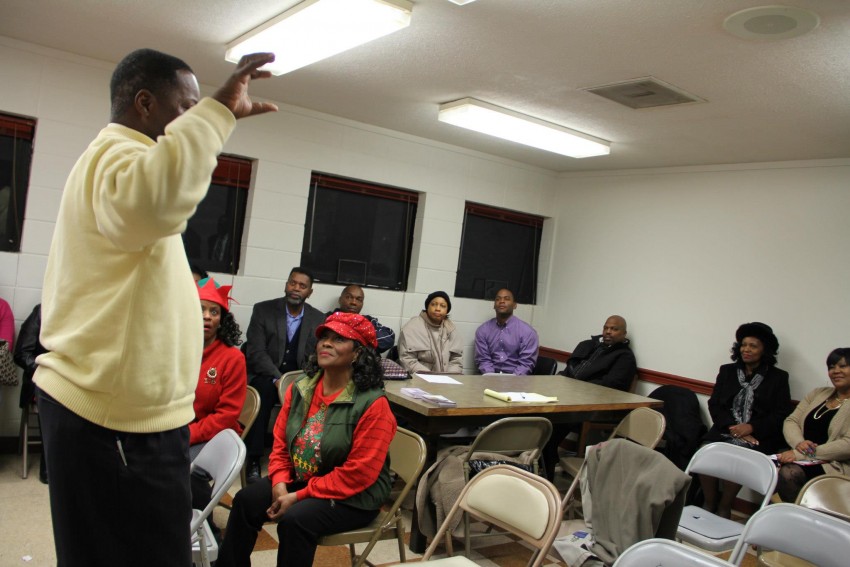 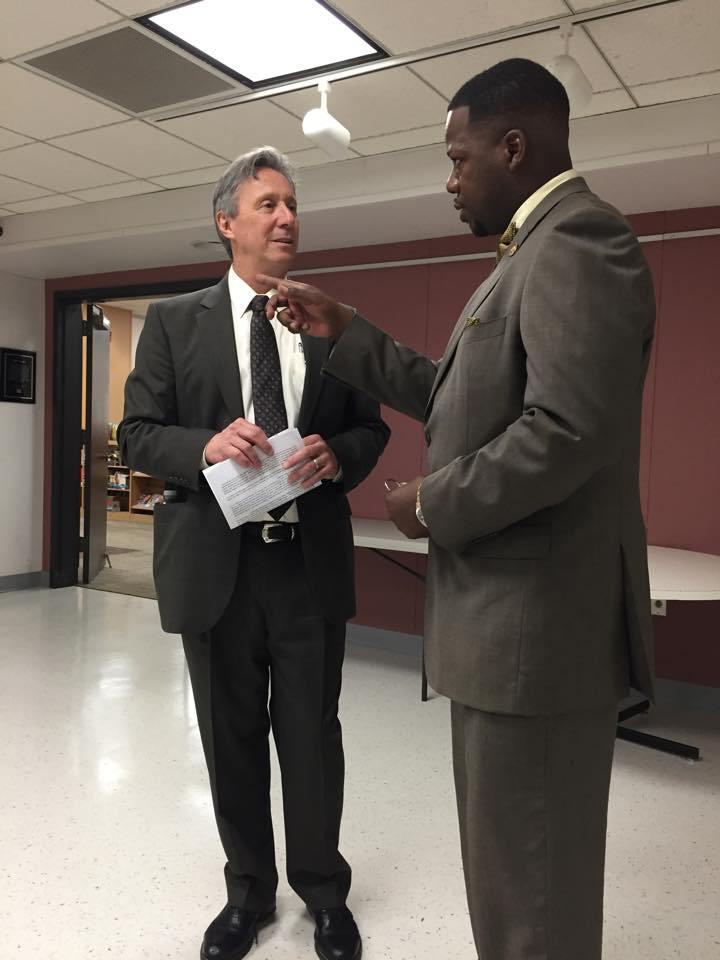 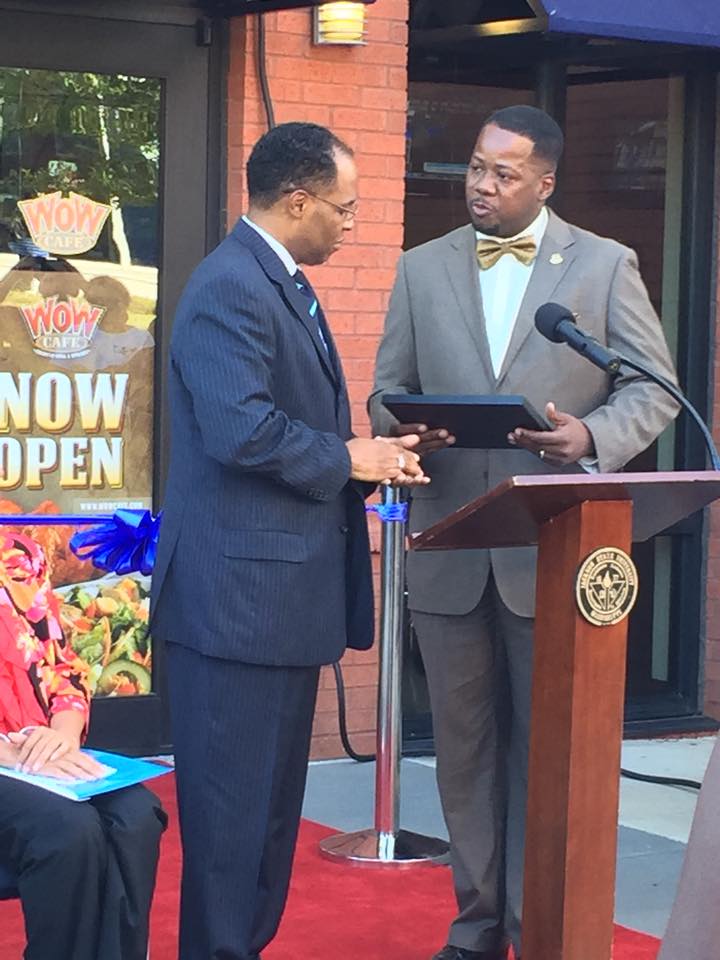 Pastor and spiritual shepherd, a teacher of teachers, ministerial and business visionary, motivational speaker, political consultant and grassroots organizer Aaron B. Banks is known for his gift to empower and mobilize people to prove what is acceptable unto the Lord. Providing an atmosphere of faith taking life beyond the norm.

Be the first to review Aaron Banks, Here to Empower You

Pastor and spiritual shepherd, a teacher of teachers, ministerial and business visionary, motivational speaker, political consultant and grassroots organizer Aaron B. Banks is known for his gift to empower and mobilize people to prove what is acceptable unto the Lord. Aaron B. Banks founded Abundant Spirit Ministries, Inc., which started in a small living room in Jackson, Mississippi with only seven members.

Born September 24, 1977 in Cincinnati, Ohio to Pastor Barron and Patricia Banks, Aaron B. Banks is the middle child with an older brother, Lamarcus, and younger brother, Joseph. Aaron Banks spent his childhood growing up in Cincinnati, Ohio; St. Petersburg, Florida and Atlanta, Georgia. He was 15 years of age when he moved to Jackson, Mississippi with his family. In 1995 Aaron graduated from Forest Hill High School of Jackson, Mississippi, and received a full scholarship to Jackson State University to become a proud member of the Marching Sonic Boom of the South. While attending Jackson State University Aaron studied Music Education in their Bachelors of Arts program. While matriculated through higher education Aaron also attended Wesley Bible College to complete pre-requisite courses for the Pastoral Studies Seminary program. In 2007 Aaron received certification in Christian Counseling through the American Association of Christian Counselors through Liberty University. All of his childhood life, Aaron Banks was inspired by his Father, Rev. Barron Banks, whose political and community involvement inspired him to be a leader amongst his peers. During his matriculation through Higher Education, Aaron Banks met his wife, Latona R. Banks, to whom he is happily married with four children: Tariana, Briana, Kaylyn and Caleb. Aaron is now furthering his studies in Political Science at Walden University of Baltimore Maryland.

Aaron B. Banks was Ordained and Affirmed by Pastor M.V. May of Rehoboth Worship Center in 1998 and by Bishop T.D. Jakes in the fall of 2002, where he is a proud member of PHIPA (Potters House International Pastoral Alliance) and serves as a spiritual son to Bishop T.D. Jakes. Aaron B. Banks has served as Director of Faith Based Programming and Development at Jackson State University. During his tenure, he coordinated a wide array of ministries for students and their parents, faculty, staff, and the wider community; participated in religious services and public programs; and served as the liaison between the University and religious organizations at the local, national, and international levels. He inspired and ignited revitalization of creative religious programming that has made the Division of Student Life Campus Ministries the center for religious and spiritual programming and development in the Greater Jackson Area. Aaron B. Banks also initiated Spiritual Ethical Leadership Initiative (SELI). Its purpose is to establish a network of programs and opportunities that help to develop students into leaders who understand and respond to the ethical imperatives of justice and service. Its purpose furthermore is to engage students to explore the meeting place of spirituality, and the ethics call. The diverse array of SELI programs promotes discussion and reflection on deep issues of spirituality, purpose and service. Additionally, as of June of 2009, Aaron B. Banks launched Aaron Banks and Associates, LLC, a political and grassroots organizing machine. Aaron B. Banks was successful in managing two successful campaigns and making history, serving as Campaign Manager to Tony Yarber in 2009 electing one of Jackson, Mississippi youngest Councilman. Also in 2011 Aaron B. Banks was successful in serving as Campaign Manager to Sheriff Tyrone Lewis and electing the first African American Sheriff to Hinds County, Mississippi.

In 2013 Aaron Banks was asked by the late Mayor Chokwe Lumumba to serve as a Liaison of the Mayors office to the community at large as a Constituent Service Representative. After the passing of the late mayor, Aaron Banks served the Tony Yarber campaign for mayor to support his vision to make Jackson “The Mecca of the South”. Aaron now serves the City of Jackson in the capacity of Deputy Chief Administrator Officer where he oversees what is now known as the Division of Quality Life. This division includes the cities departments of Parks and Recreation, Human and Cultural Services and Personnel.