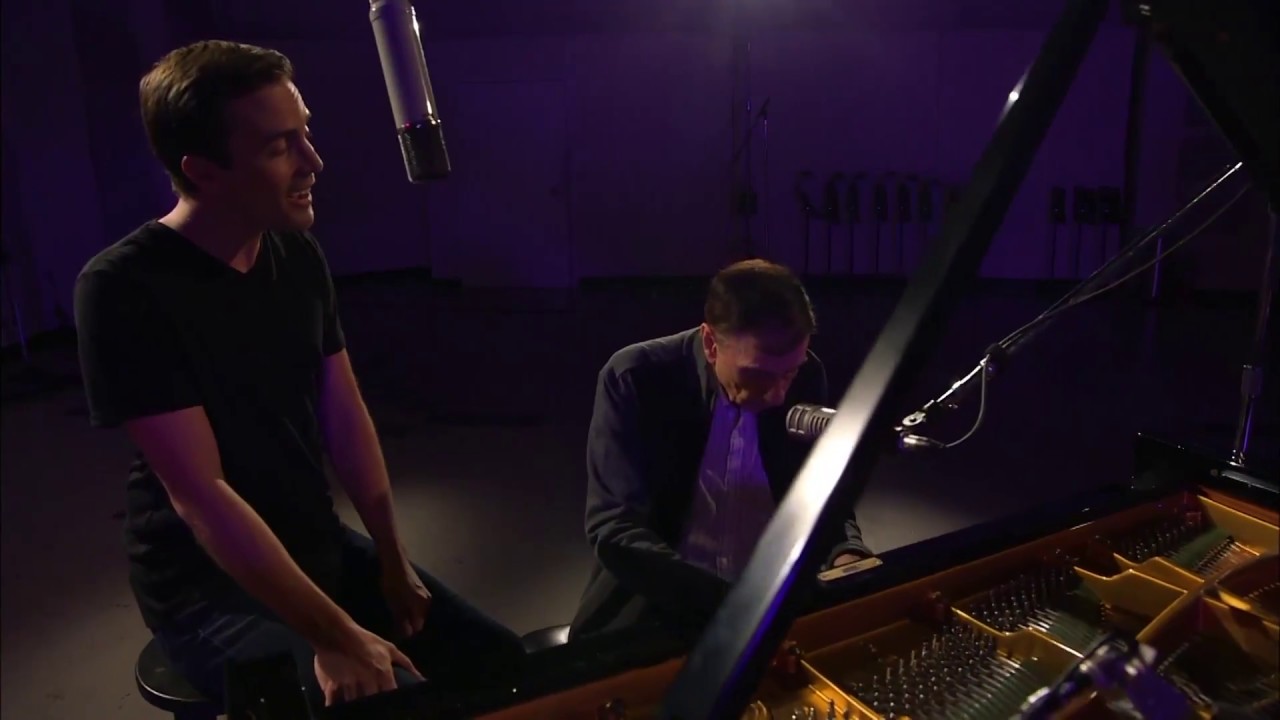 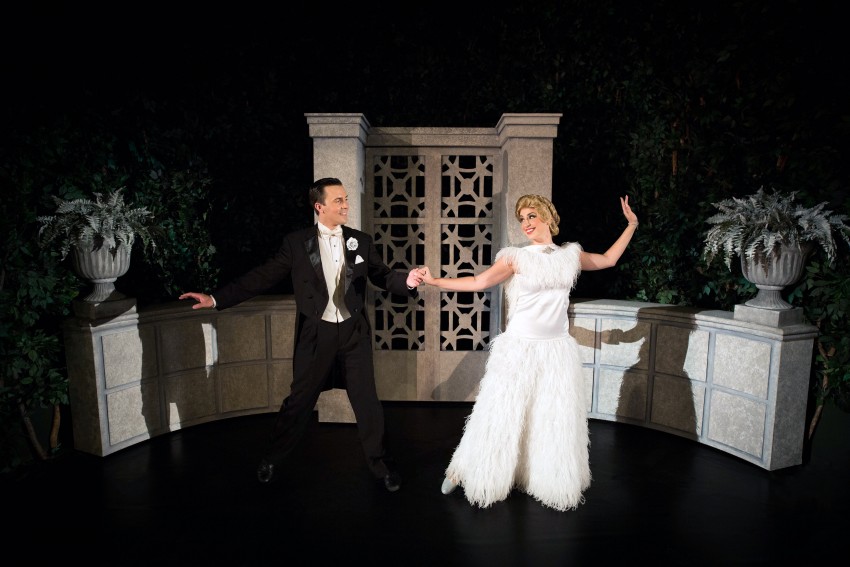 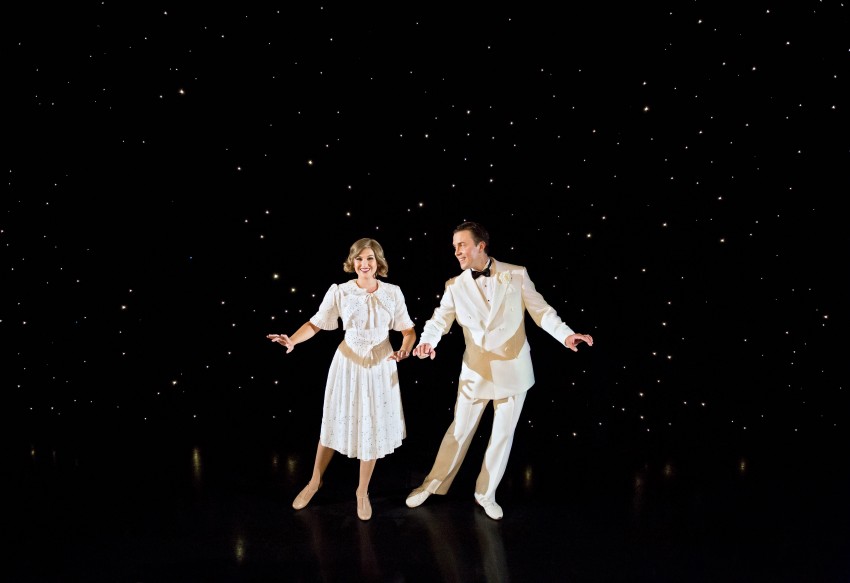 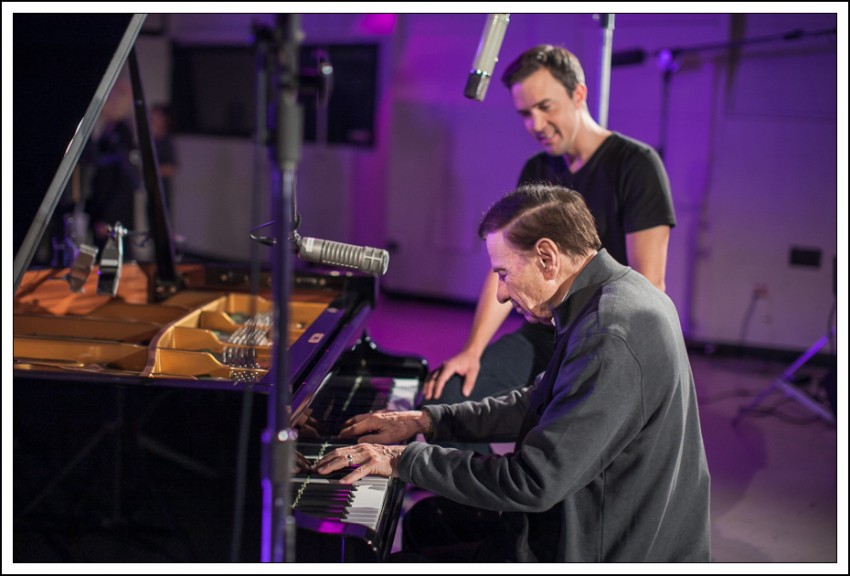 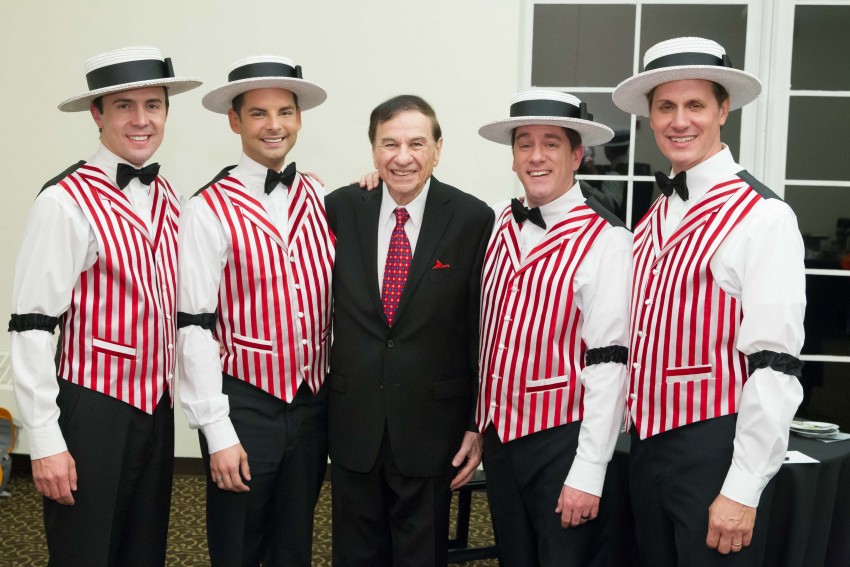 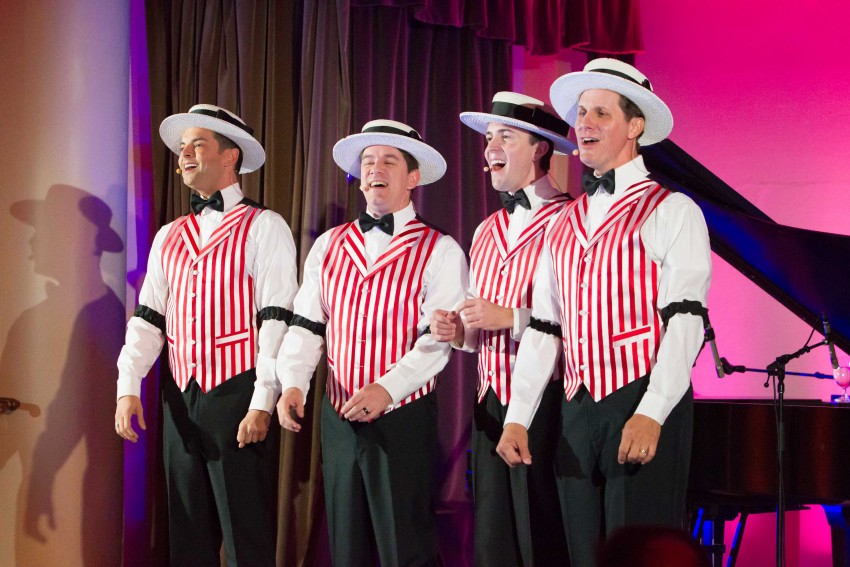 Wesley is a crooner, tap dancer, and all around Song-and-Dance Man. Inspired by Frank Sinatra, Fred Astaire, and Gene Kelly, Wesley will bring the essence of Old Hollywood, with a modern twist, to any event!

Hire Wesley to entertain your guests with big band classics in the style of Sinatra!

Looking for a Barbershop Quartet? Wesley's quartet, The Four Gentlemen, appeared with Wesley on the Emmy Nominated PBS Special "Richard M. Sherman: Songs of a Lifetime". They would love to entertain you at your next event!

Each year Wesley sets the tone of the Annual PGA Holiday Party with an outstanding performance. His cheerful holiday songs mixed with his Ratpack attitude brings the perfect festive atmosphere while putting everyone into the holiday spirit!

Thanks so much Joseph! It's such a pleasure entertaining at the PGA Party. It's a highlight of my holiday season, and always an honor to be asked. Thanks again for having me!

Let Wesley entertain your guests as he croons various selections from the American Songbook, tap dances the night away to your favorite big band beats, or simply acts as your host and Master of Ceremonies for the evening. Wesley is available with professional backing tracks, live piano accompaniment, a small jazz combo, or even a traditional Big Band!

You may have seen Wesley on the Emmy Nominated PBS Special, "Richard M. Sherman - Songs of a Lifetime", where he had the pleasure of singing "Hushabye Mountain" while accompanied by Disney Legend Richard Sherman himself. Wesley's barbershop quartet also appeared on the special, and frequently performs for Sherman at various events.

Wesley is the go-to crooner for the Producer's Guild of America's Holiday Party. He's spent the last four holiday seasons delighting PGA members with a combination of classic Christmas standards and traditional selections from the American Songbook.

Wesley spent the summer of 2016 stepping into the shoes of Fred Astaire and Gene Kelly, dancing their original choreography for 58 consecutive nights at the Pageant of the Masters in Laguna Beach.

In the world of Musical Theatre, Wesley tap danced across the United States with the National Tour of the Broadway Musical 42ND STREET. He had the pleasure of portraying Bert in MARY POPPINS for Cabrillo Music Theatre, where he thrilled audiences while tap-dancing upside-down across the proscenium. Wesley has also had the honor of taking on Gene Kelly’s role, Don Lockwood, in numerous productions Singin’ in the Rain, helping to recreate Stanley Donen and Gene Kelly’s original choreography from the motion picture. Other Favorite credits include Crazy For You (Bobby Child), The Music Man (Harold Hill), The Drowsy Chaperone (Robert Martin), 42nd Street (Billy Lawlor), It’s a Wonderful Life (George Bailey), Backwards in High Heels (Jimmy Stewart), and Dames at Sea (Dick).

Wesley’s voice can be heard on the soundtrack of the animated short, Aria for a Cow, produced and directed by Disney Animator Daniel Lund, and featuring a previously unreleased Howard Ashman / Alan Menken song.

Wesley had the pleasure of recreating Fred Astaire’s “Begin the Beguine” from the film The Broadway Melody of 1940 for the 20th Annual Help is on the Way Benefit for the Richmond/Ermet Aid Foundation, and tap danced in a tribute to Gregory Hines in the American Choreography Awards.

Look for Wesley dancing away with fellow Sailors in a scene from the Coen Brothers film "Hail, Caesar!" choreographed by Christopher Gatelli.

Wesley can be seen regularly singing Barbershop on Main Street U.S.A with the Dapper Dans of Disneyland. He holds a BFA in Musical Theatre from The University of Michigan and is a proud member of The Screen Actors Guild/American Federation of Television and Radio Artists, Actors Equity Association, and the American Guild of Variety Artists.