I want to hire Costumed Characters in Mansfield, OH

1. Browse Costumed Characters in Mansfield and contact your favorites

Booking a Mansfield Costumed Character through GigSalad offers you extra protection you can’t get anywhere else. You can rest easy knowing that your payment is secure, and that we’ll have your back in the event of any trouble that may occur. Learn more 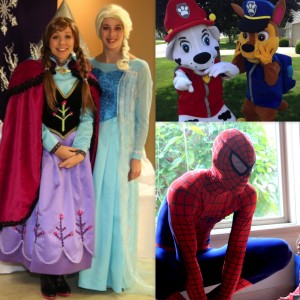 Sarah L. said “We all had a wonderful time. The kids loved every bit of the entertainment. Thanks again for coming out and doing just a good job as minnie mouse :)”

Emily M. said “We had Moana and Ariel come to our 6 and 7 year old birthday parties and they were phenomenal. They arrived early and were very friendly and patient even…”

Don C. said “These are the words my six year old Grandson spoke after the party. The Ninja actor was very professional and well prepared. No doubt, fond memories were…”

Shirrel P. said “They Were Entertaining & I’ll Be Booking Them Again..”

Awesome Entertainment has been servicing Ohio & the neighboring states for over 20 years, since 1996. We provides a variety of entertainers for family style…

Sean S. said “Adam was great. He was easy to work with and very responsive. He had many creative ideas. He came as Bugs Bunny for my grandmother 80th birthday he provided…”

You are viewing
Costumed Characters in Mansfield, OH

Imagine the look on your little one's face when a life-sized version of their favorite character walks into their party! Booking a costumed character can bring a wow factor that is unmatched. Popular characters from television, movies, and books are all available on GigSalad, and waiting to light up the party! Costumed characters are ready for hugs, dancing, photo ops, and more with your kiddo. Plan a party that they'll never forget with a costumed character! Search for Costumed Characters in Mansfield, Ohio above.