I want to hire Costumed Characters in Johnson City, NY

1. Browse Costumed Characters in Johnson City and contact your favorites

Booking a Johnson City Costumed Character through GigSalad offers you extra protection you can’t get anywhere else. You can rest easy knowing that your payment is secure, and that we’ll have your back in the event of any trouble that may occur. Learn more 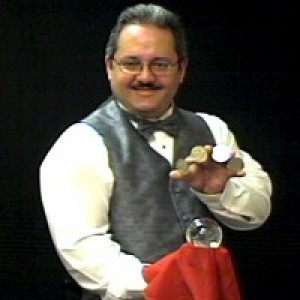 Madalina said “Thanks Blinky and Jen for the awesome time at Alex`s Bday Party.The kids were very well entertained and even adults had a great time!thanks again we will…”

Eileen J. said “Captain Hook and Mr. Smee were the perfect additions to our Disney themed birthday party!! The face painter was very skilled and great with the kids.…”

Lisa said “I did a 15 minute session to surprise my children that they we’re going to Disney World. Jamie was FANTASTIC! He knew all of the Mickey motions to a…”

Steve O. said “Carol was an absolute blessing to our production. She was very professional, took ownership of her role, and gave us 200%. She was easy to stay in contact…”

Mila M. said “Awesome LED ROBOTS!!!! It was an incredible time - our Kids Party - surprise for my children . And the LED Robots was a great choice. These guys were…”

Donna J. H. said “led robots was the high light of my event -everyone at the event was awe struck-super great entertainment and very accommodating!! would highly recommend…”

You are viewing
Costumed Characters in Johnson City, NY

Imagine the look on your little one's face when a life-sized version of their favorite character walks into their party! Booking a costumed character can bring a wow factor that is unmatched. Popular characters from television, movies, and books are all available on GigSalad, and waiting to light up the party! Costumed characters are ready for hugs, dancing, photo ops, and more with your kiddo. Plan a party that they'll never forget with a costumed character! Search for Costumed Characters in Johnson City, New York above.