I want to hire Costumed Characters in Portsmouth, NH

1. Browse Costumed Characters in Portsmouth and contact your favorites

Booking a Portsmouth Costumed Character through GigSalad offers you extra protection you can’t get anywhere else. You can rest easy knowing that your payment is secure, and that we’ll have your back in the event of any trouble that may occur. Learn more

Matt V. said “We invited Christine from Kaleidoscope Design to perform a mix o magic show consisting of half an hour magic show followed by two hours of balloon twisting…”

Caroline P. said “Thank you for your great balloon twisting. It was a great addition to our party.”

Crystal T. said “Whitney was very easy to work with, and the teens loved the airbrush tattoos at our party. Thank you!”

Entertainment/party rentals, specializing in Casino, Corporate and family parties of all types. You must visit our web site to see the unlimited things that we… 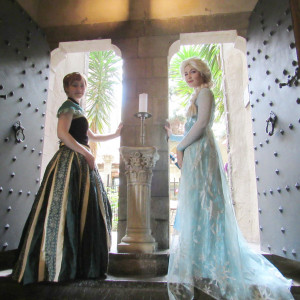 Rose A. said “My daughter and her friends had an amazing time at her 4th Birthday thanks to Anna and Elsa. They kept the kids happy and entertained and the parents…”

Renee M. said “Cool J and Sunny Girl were amazing. We had to of our students that were having the most amazing time, one of them doesn't normally interact so to see…”

Becky G. said “We had a last minute request for a dancing leprechaun for a corporate St. Patrick's day celebration and Kids World Entertainment delivered. The gentleman…”

Past events
for Costumed Characters in Portsmouth, NH

You are viewing
Costumed Characters in Portsmouth, NH

Imagine the look on your little one's face when a life-sized version of their favorite character walks into their party! Booking a costumed character can bring a wow factor that is unmatched. Popular characters from television, movies, and books are all available on GigSalad, and waiting to light up the party! Costumed characters are ready for hugs, dancing, photo ops, and more with your kiddo. Plan a party that they'll never forget with a costumed character! Search for Costumed Characters in Portsmouth, New Hampshire above.