I want to hire Costumed Characters in Bethesda, MD

1. Browse Costumed Characters in Bethesda and contact your favorites

Booking a Bethesda Costumed Character through GigSalad offers you extra protection you can’t get anywhere else. You can rest easy knowing that your payment is secure, and that we’ll have your back in the event of any trouble that may occur. Learn more

Fran said “My daughter couldn’t stop smiling and still talking about it. Thanks sooo much.”

Ty B. said “Awesome show!!! The guests loved it. There was something for guests of all ages. I wouldn't hesitate to book again!!!”

Haley M. said “We hired Carol to make a visit as the Queen of Hearts to the lodge we'd rented for our wedding for our two families. There were a lot of kids, and they…”

Anna M. said “I had a Cinderella party for my daughter and Elizabeth (Cinderella) did a fantastic job! She was a huge hit with the kids. Highly recommend!” 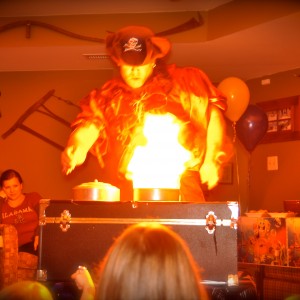 Brenda J. said “Everything went as planned and more. So tired of the bounce,-house parties and pizza. Captain Silly Bones kept children and adults entertained. Only problem…”

Tsedey G. said “The kids were so excited to see Anna . She was incredible with everyone and has a phenomenal voice.”

Past events
for Costumed Characters in Bethesda, MD

You are viewing
Costumed Characters in Bethesda, MD

Imagine the look on your little one's face when a life-sized version of their favorite character walks into their party! Booking a costumed character can bring a wow factor that is unmatched. Popular characters from television, movies, and books are all available on GigSalad, and waiting to light up the party! Costumed characters are ready for hugs, dancing, photo ops, and more with your kiddo. Plan a party that they'll never forget with a costumed character! Search for Costumed Characters in Bethesda, Maryland above.