I want to hire Bolero Bands in Sioux City, IA

1. Browse Bolero Bands in Sioux City and contact your favorites

2. Communicate with the Bolero Band you select to work out the details of your event

Booking a Sioux City Bolero Band through GigSalad offers you extra protection you can’t get anywhere else. You can rest easy knowing that your payment is secure, and that we’ll have your back in the event of any trouble that may occur. Learn more

Karen L. W. said “Calle Sur did a fantastic job for my daughter's wedding. Their high-energy Latin beats were like nothing else we'd experienced before - completely captivating!…” 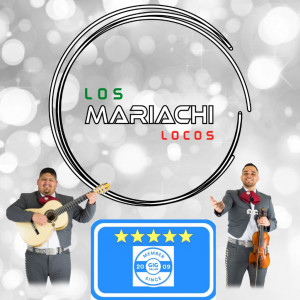 Ana R. said “They did a very great job! Great communication, very presentable and professional, and also made the guests happy. I recommend them to anyone! Thanks…” 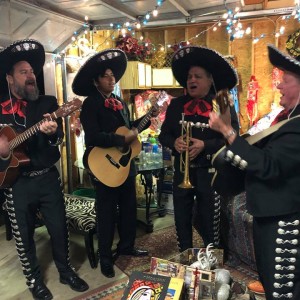 Debbie D. said “The perfect choice by for my dads celebration of life. The guests really enjoyed the music. Thank you so much.”

We have prepared a Musical Tribute to the "El Principe de la Cancion" Jose Jose. A 2 hours Show completely in LIVE for the Romantic Ballads in Spanish…

Olivia T. said “Mariachi Melodias De Mexico did a great job with the birthday serenata! They were very communicative leading up to the event, and demonstrated professionalism,…”

Brendan K. said “I surprised my GF with a proposal in DC. We’re in a long distance relationship so I had to coordinate everything from Florida where I live. Radi was extremely…”

In the past year, Bolero Bands have sent 639 quotes to event planners

167 Bolero Band reviews on GigSalad with an average rating of 4.9 stars

You are viewing
Bolero Bands in Sioux City, IA

Are you a fan of Latin ballroom dancing? Or have you ever watched an episode of "Dancing With the Stars?" Well... if so, you've probably heard of and are a fan of bolero music. Characterized by its slow tempo and Latin sound, bolero music is very popular in Spain and Cuba and often accompanies popular dance styles like the cha-cha-cha, rumba, and mambo. So why not bring the flavor of Latin America to your next event by hiring one of these talented bolero bands? They can serve as accompaniment for Latin dancing or simply entertain your guests with their exotic and exciting sound. Search for Bolero Bands in Sioux City, Iowa above.