Booking a Saratoga Springs 1980s Era Entertainer through GigSalad offers you extra protection you can’t get anywhere else. You can rest easy knowing that your payment is secure, and that we’ll have your back in the event of any trouble that may occur. Learn more

“Cannot wait to have you back in VT soon!” – Erin A., reviewing Boston 1980s Era Entertainer Vibrant. More reviews

Keely K. said “The Band was really professional and sounded great! They had everyone up and dancing! Highly recommend !” 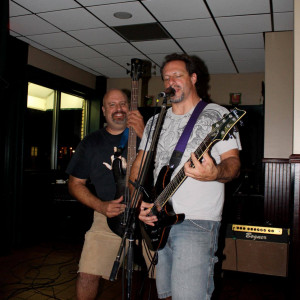 Jay M. said “The Patrone Brothers were very enjoyable. Peter on the acoustic guitar and Gary on the base. Played a wide range of older rock, and they harmonized well…”

Brandon T. said “Ryan was amazing! People raved about his voice. A+, we will be using him again!”

You are viewing
1980s Era Entertainment in Saratoga Springs, NY

Contrary to some beliefs, the best thing about the 80s wasn't the leg warmers. It was the music (duh)! Madonna, Foreigner, and Journey - oh my! The era of the music royalty: King of Pop, Prince, and Queen. And of course, the number no one could get out of their head: 867-5309. The 80s was full of classic rock hair bands and pop greats. Gotta give some love to the one-hit wonders of the 80s: Whip It, Tainted Love, and Come on Eileen. Come on, who doesn't love the 80s!? Book one of these 80s acts today! Search for 1980s Era Entertainment in Saratoga Springs, New York above.