Booking a Port Chester 1980s Era Entertainer through GigSalad offers you extra protection you can’t get anywhere else. You can rest easy knowing that your payment is secure, and that we’ll have your back in the event of any trouble that may occur. Learn more

Dan G. said “Absolutely fantastic band for our college reunion. 80's and much, much more, delivered with tons of talent and energy. One of the highlights of the weekend!”

Miriam said “We had Ivan at our July 18th, 21 wedding & Ivan played some classics as well as an oriental piece from overseas from where we come from & he was…”

Ralph V. said “This band takes you back to the time when MTV played videos and you listened to music on your walkman. I have been to a number of their shows and they…”

Andrea T. said “We were so happy to have Dino share his talent at our party. All guests shared how much they enjoyed his music. We wouldn't hesitate to use Dino again…” 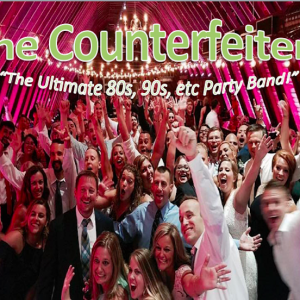 Robin G. said “The Counterfeiters are AMAZING! They made our annual corporate party the best ever! David's vocals are incredible! He actually sounds like the bands they're…”

You are viewing
1980s Era Entertainment in Port Chester, NY

Contrary to some beliefs, the best thing about the 80s wasn't the leg warmers. It was the music (duh)! Madonna, Foreigner, and Journey - oh my! The era of the music royalty: King of Pop, Prince, and Queen. And of course, the number no one could get out of their head: 867-5309. The 80s was full of classic rock hair bands and pop greats. Gotta give some love to the one-hit wonders of the 80s: Whip It, Tainted Love, and Come on Eileen. Come on, who doesn't love the 80s!? Book one of these 80s acts today! Search for 1980s Era Entertainment in Port Chester, New York above.