Booking a Dix Hills 1970s Era Entertainer through GigSalad offers you extra protection you can’t get anywhere else. You can rest easy knowing that your payment is secure, and that we’ll have your back in the event of any trouble that may occur. Learn more

Steven K. said “We recently had Glen over for an anniversary party. He is a talented performer and an excellent personality. He can read the space and play the crowd…”

Stacey K. said “We hired Shake Rattle & Roll for our wedding after party. Mark had been trying to nail us down, but we had some issues with the venue and finally,…”

Lisa U. said “I had the pleasure of working with The Clusters this past Sunday at the Long Island Museum. From our first conversation to the last song sang, it was…”

Jim D. said “Johnny Cannella entertained our family and friends at our 50the Wedding Anniversary this past Saturday evening at the Port Jefferson Country Club....we…” 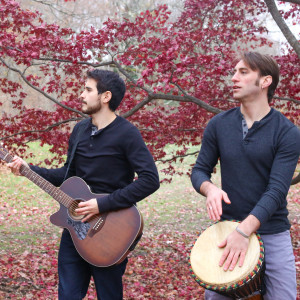 Andrew D. said “The guys were extremely easy to work out plans with, super professional and very talented musicians. Everyone was raving about how good they were. Loved…”

You are viewing
1970s Era Entertainment in Dix Hills, NY

Who knew there were so many types of rock: hard, soft, reggae, punk, heavy metal - whew! That's a lot of rock! Get all this and more with these 1970s acts. In the midst of all this rockin', the 70s were the heydays of Disco fever and Motown's Jackson 5. So whether you want to rock out with KISS, do the Disco with John Travolta, or learn your ABC's and 123's with the Jackson boys, the 1970s got you covered! So book one of these great 1970s Era Entertainment acts for your event today! Search for 1970s Era Entertainment in Dix Hills, New York above.