The Best 1950s Era Entertainers for Hire in Louisville, KY

1. Browse 1950s Era Entertainers in Louisville and contact your favorites

Booking a Louisville 1950s Era Entertainer through GigSalad offers you extra protection you can’t get anywhere else. You can rest easy knowing that your payment is secure, and that we’ll have your back in the event of any trouble that may occur. Learn more

Marie F. said “We saw Matt at our neighbors birthday party and just had to book him for my brothers 60th birthday party. Matt is very personable and has a great line-up…”

Amber M. said “I had Blair out to the two skilled nursing facilities that I work for. Blair and his band ignited the spirits of my Elders and I have been told numerous…”

Jackie said “I cannot say enough great things about Tyler Christopher. What a entertainer he is! I have booked Entertainment for 15 years and Tyler is one of the best…”

Kate E. said “We hired Different Hats for our wedding and couldn't have been happier! We had a Midnight In Paris/1920's theme and they took our special requests to…” 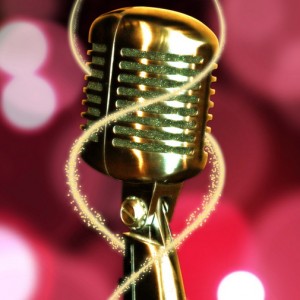 We're a 50's & 60's authentic rock and roll band. We play rockabilly, r&b, country and rock songs from the era.

You are viewing
1950s Era Entertainment in Louisville, KY

Some things to consider when hiring 1950s entertainment are to make sure you listen to audio and watch video clips of the performer/group. This will ensure that you truly do book the best for your next event! Next, you want to get references. Talk to people in the area about the performer and get feedback. Finally, get a contract. Many professional performers require a deposit to secure them at your next event. Make sure to read through the contract carefully before contracting their services for your party. Search for 1950s Era Entertainment in Louisville, Kentucky above.